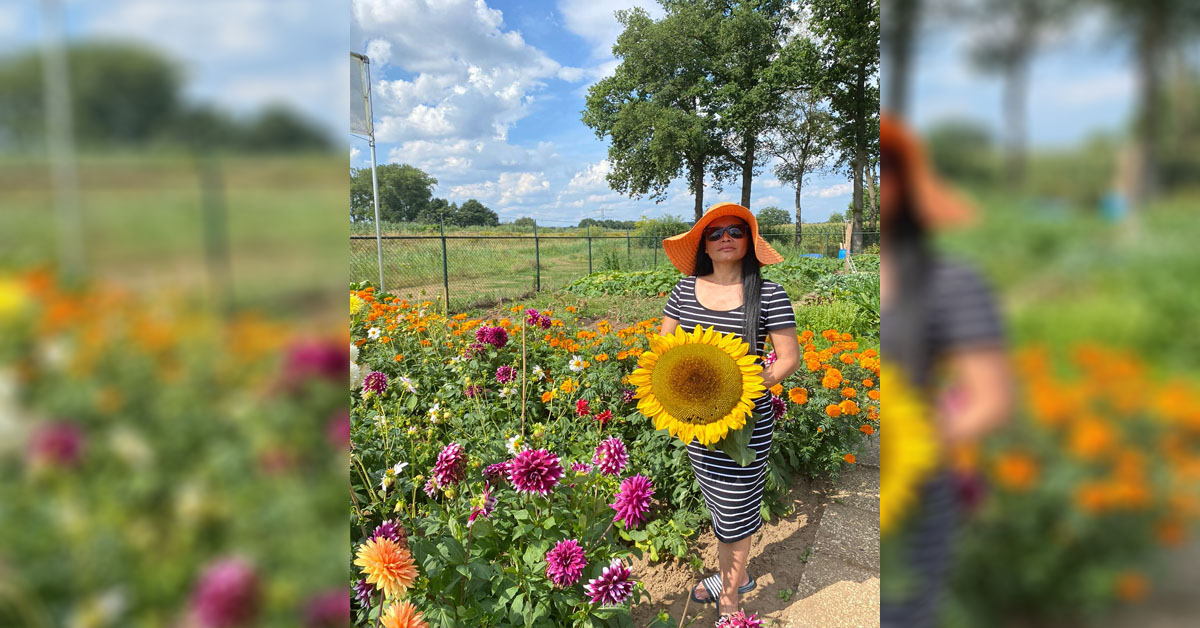 Joy Tenizo is a former OFW turned housewife. She now lives with her husband and two children in Netherlands.

There’s more to farming than providing people with food and other necessities. To some, it’s an efficient way to connect with their roots, especially if farming has been an integral part of their childhood.

Joy Tenizo, a former OFW turned housewife, found herself connecting with her Filipino roots despite being in a foreign country through farming.

“My husband had no idea how to grow plants, but because I am from the Philippines, specifically in the province of Iloilo, I grew up seeing my parents do farming, and we have lots of flowers at home,” she said. 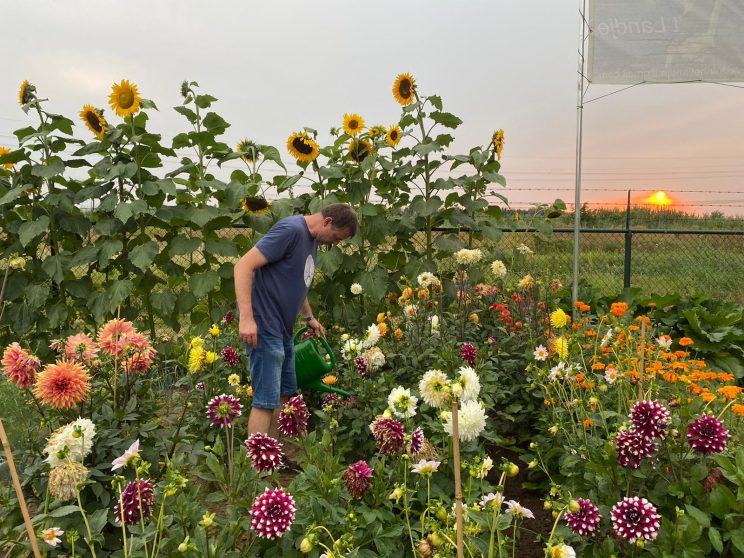 Using her experience in farming, Tenizo taught her husband how to grow flowers and crops.

Tenizo is married to Wessel Weijenberg, a project engineering manager of Thales, an electronics manufacturer in Hengelo, Netherlands.

The couple has a six-year-old daughter named Avery and a three-month-old son named Dylan. The family lives in the east of the Netherlands, close to the German border. 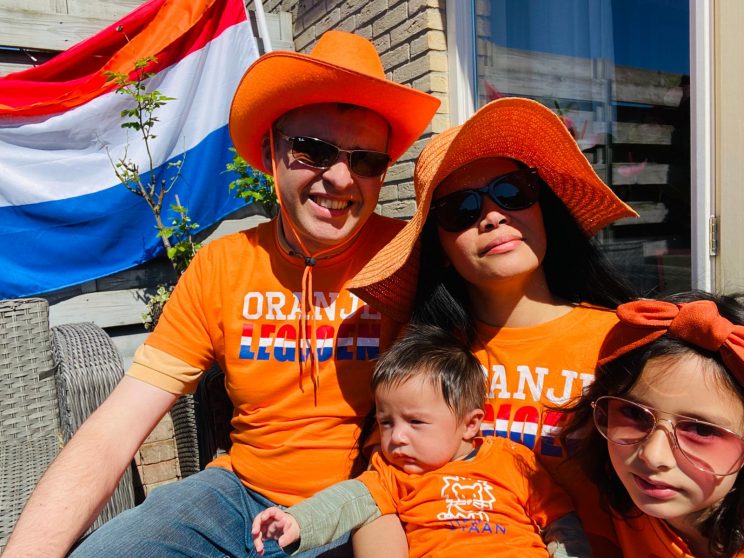 Tenizo with her husband and two kids.

According to Tenizo, their family started gardening in 2019, just before the pandemic started. They rented 200 square meters of land from the government and paid €30 per 100 square meters.

She added that they were inspired by their travels since they encountered many naturally grown vegetables and flowers. 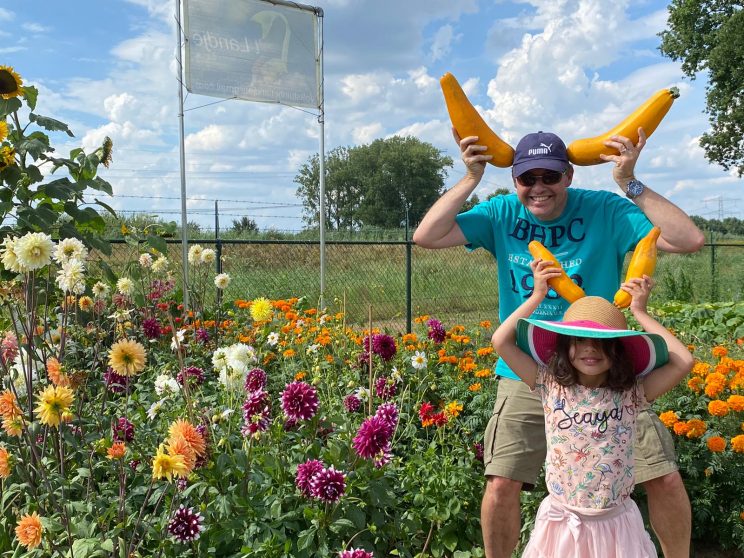 The family grows crops and flowers on a 200 square meter land that they rented from the government.

Farming has also served as a way for their family to bond. Tenizo channeled her Filipino roots and experience to teach her family how to grow food and flowers as she did back in Iloilo. Presently, the family grows flowers like tulips, roses, hydrangea, sunflower, dahlia, lavender, chrysanthemum, zinnia.

Tenizo said that tulips grow in abundance on their rented land even though it requires little maintenance from them. And not only do these look nice, but they can also be sold for extra income since the Dutch are fond of this particular flower. 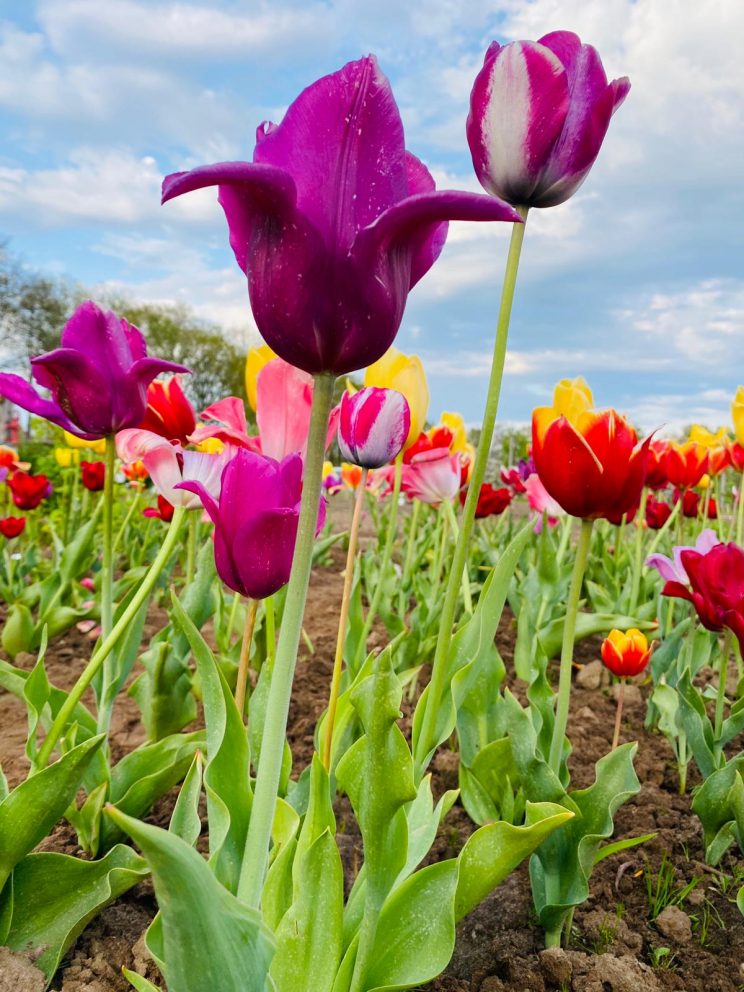 One of the most prolific flowers in their garden are tulips.

Farming for their personal consumption 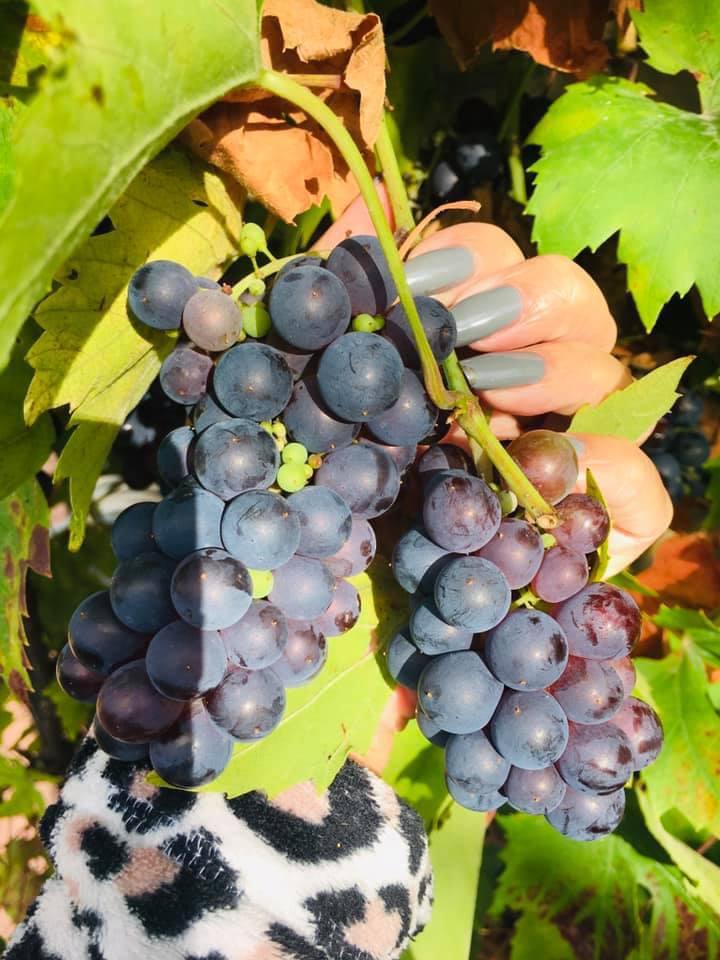 Tenizo and her family also grows fruits like grapes.

Tenizo shares that all their flowers and crops grow abundantly from spring until late autumn.

“During autumn and winter, it is not possible to grow plants and vegetables except in greenhouses, which are mainly located in the west of the Netherlands,” Tenizo said.

But even though the family managed to grow a variety of crops and flowers even with little maintenance, it wasn’t exactly a walk in the park as they had to deal with some challenges along the way.

“One of the challenges is how to remove aphids,  snails, and weeds because we don’t use pesticides,” Tenizo said.

They wanted to keep growing their crops as naturally as possible since they consume the produce themselves and the couple wants to keep their young kids from being exposed to harmful chemicals.

Another challenge that Tenizo faced when growing their vegetables is the unideal conditions to grow some varieties that are a staple in the Filipino culture.

“My husband loves okra and ampalaya, so I decided to try but because of the climate here, it was not successful,” she shared. 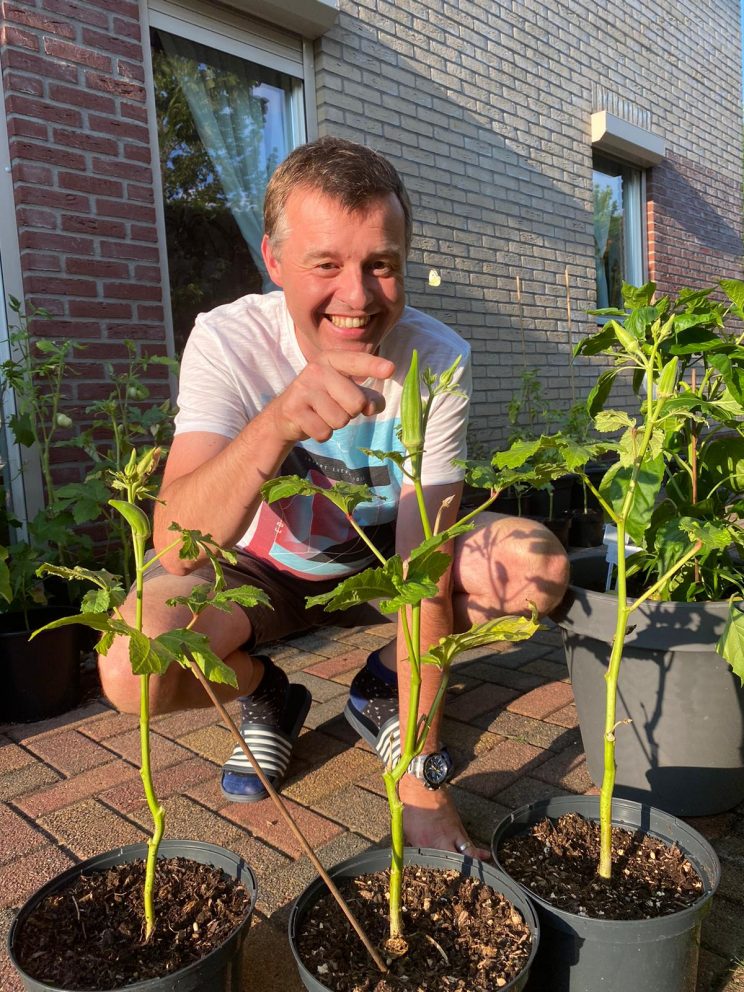 According to Tenizo, her husband loves okra and ampalaya. But due to the conditions in Netherlands, they weren’t successful in growing them.

But this didn’t discourage Tenizo as she decided to grow other varieties like beets (Beta vulgaris), cauliflower, and broccoli that are well-accustomed to the climate and environmental conditions in the Netherlands.

Former OFW turned housewife Joy Tenizo may not have been completely successful in growing Filipino varieties of vegetables, but she still managed to connect to her native roots by teaching her family how to farm and sharing the fulfilling experience with them.

She now enjoys seeing her family bond over planting and harvesting their crops or basking in the beauty of their flower garden. And since the family grows their plants as naturally as possible, they get to contribute to the preservation of the environment, something that the couple hopes to instill in their two, young kids.

Tenizo’s farming venture shows that growing food does more than just feed people. It also helps people connect to their roots and form bonds that transcend time, space, and even cultures.

Habitat under the sea: Reasons why we must conserve seagrass

What is a Japanese zen garden and how do they promote mindfulness?