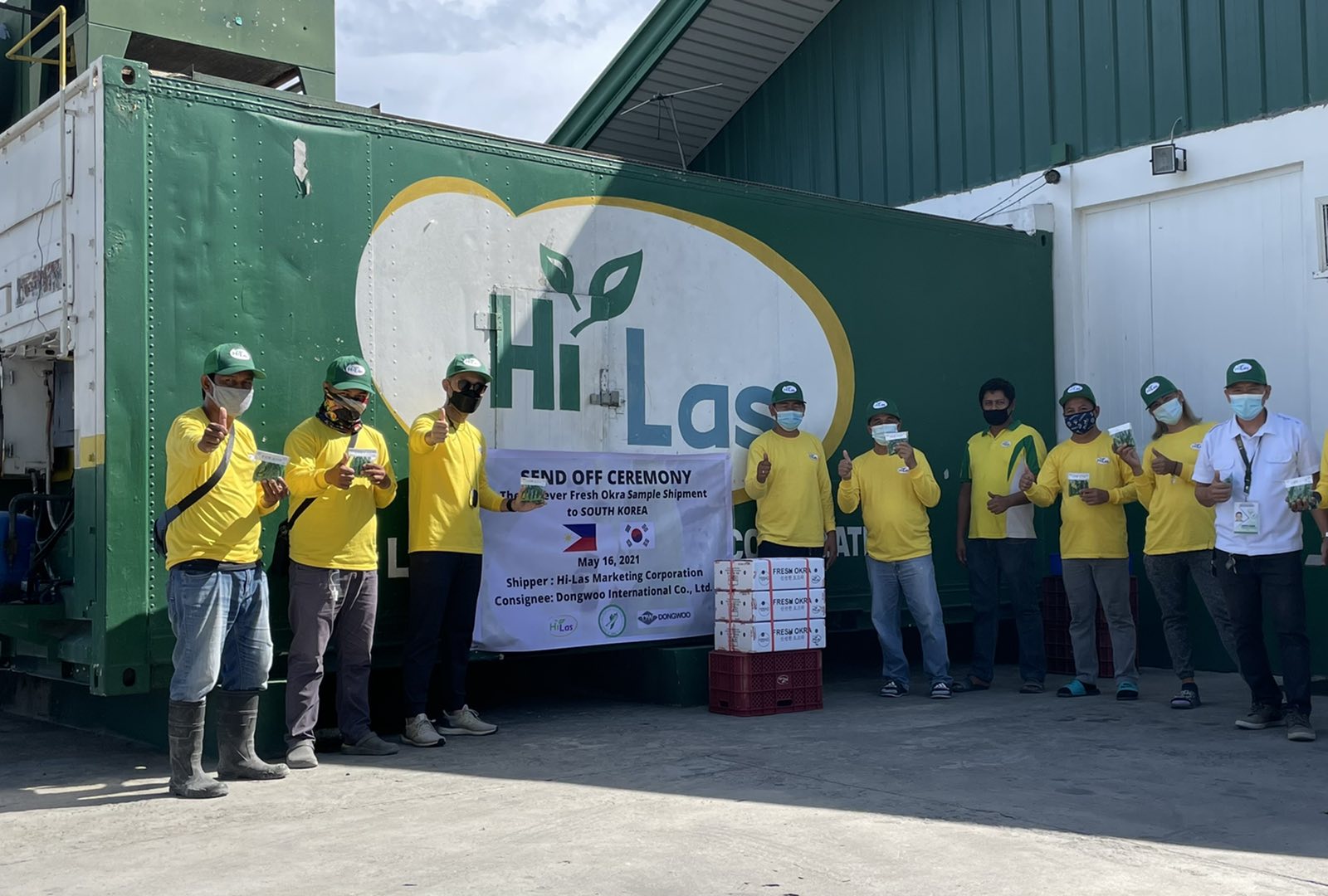 For several years now, the Philippines has been exporting fresh produce to overseas markets that have a high demand for particular fruits and vegetables because it’s a staple in their country’s culture or cuisine.

Take, for instance, okra. Many Filipinos enjoy consuming it in several ways like inadobo, sauteed, fried, or steamed as is with a side of bagoong. It is also a key ingredient in Japan which is why local companies take the opportunity to export fresh okra to the Japanese market.

One such company is Hi-Las Marketing Corporation which has been exporting okra to Japan since 1983. Recently, Hi-Las has taken on a new market with South Korea.

“This is a breakthrough not just for Hi-Las but for the Philippine Okra export industry as it opens a new channel for us, exporters, for our produce while also granting more opportunities to our accredited contract farmers to uplift themselves through increased demand for okra,” said Hi-Las Marketing Corporation’s operations manager Roberto Angelo “Ram” O. Amores II.

The official send-off ceremony was attended by several government officials as well as leaders of private institutions.

Gaining a new market for export

According to Amores, the Philippines first initiated discussions regarding market access to South Korea last October 17, 2011, through BPI. 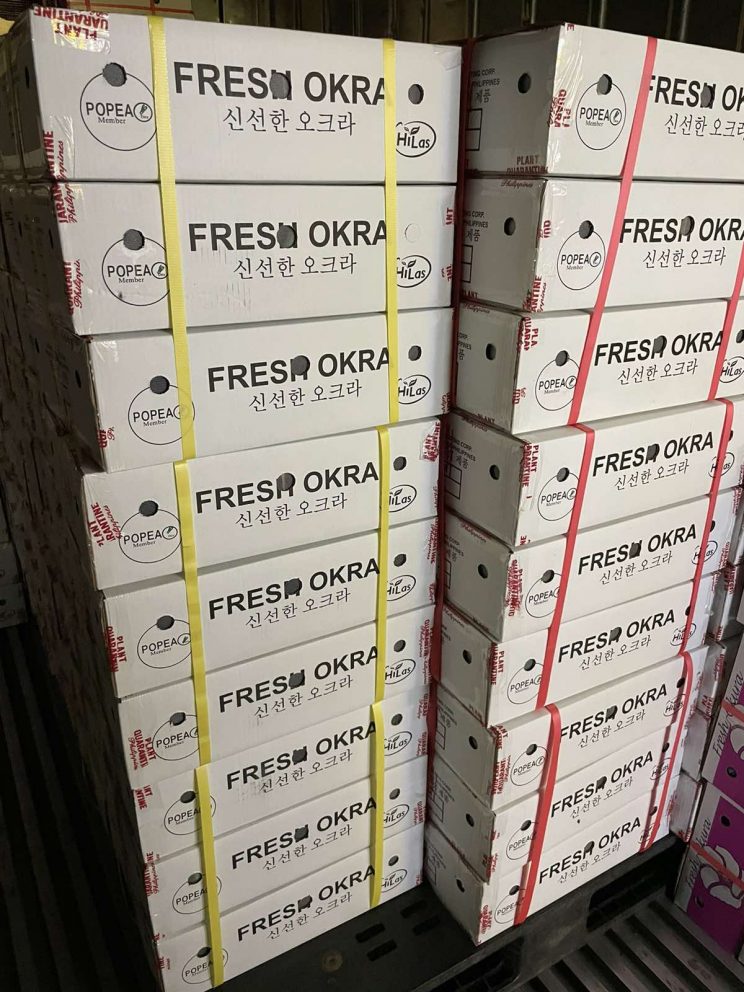 Boxes of fresh okra for export to the South Korean market.

He added that during this period, the private sector organization, POPEA was regularly consulted. By March 2021, the protocols were finalized thus permitting the Philippines to begin exporting okra to South Korea.

Realizing this new opportunity and responsibility, Hi-Las prepared by educating its farmers, technical staff, and packers regarding the stringent food safety and quality standards of South Korea through rigorous training and reviews.

With years of experience in exporting okra, Hi-Las strives to maintain top quality in the produce that they send overseas. They do so by implementing strict protocols when it comes to quality control.

Because of this meticulousness, the local agribusiness company has secured its position in foreign markets. 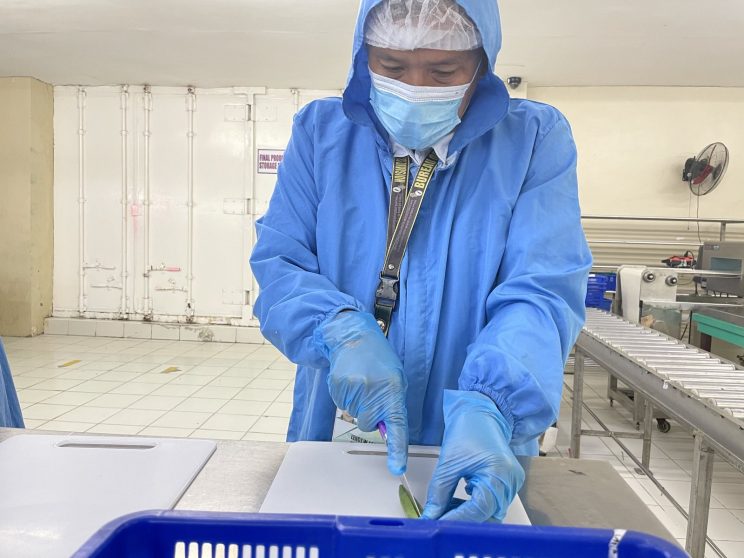 Strict quality control protocols will be implemented to the Japanese okra variety that will be sent to South Korea.

“South Korea will receive the Japanese variety of okra. The okra will be guaranteed fresh, free from mechanical damage, and free from residues of harmful pesticides,” Amore said.

And to make sure that the okra from Hi-Las meets the standards of the South Korean market, there will be a spot inspection done for live pests such as fruit flies by a quarantine officer from BPI.

Creating a new export market in South Korea is an achievement not just for Hi-Las but for Filipino farmers as well. This will allow them to generate more income as the demand for okra increases while showcasing the quality of produce that comes from the Philippines and its farmers.