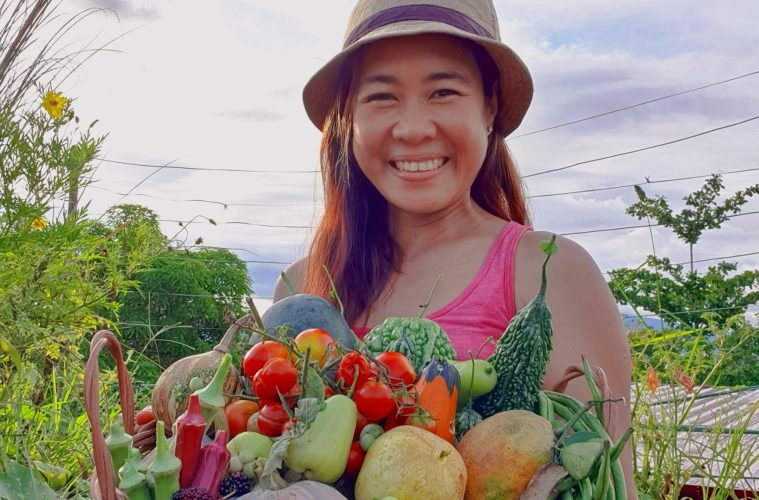 Cherofel Gabuna, 39, a registered nurse from Libacao, Aklan, is among those people who took different jobs before truly finding a work that they see themselves engaging in in the long run.

When an opportunity came, Gabuna grabbed the chance to pursue a long-held ambition: to be a farmer.

Turning passion into a career

Gabuna worked as a health care professional from 2006 to 2007 in a provincial hospital. She then stayed in Manila from mid-2007 onwards to work in the multi-level marketing (MLM) industry.

When she got pregnant in 2016, she decided to return to the province. This was also when she found the right time and resources to chase her dream of having a productive farm and garden.

Gabuna initially developed a one-hectare parcel of land that is subdivided and owned by her and her two sisters. They call it The Happy Place. 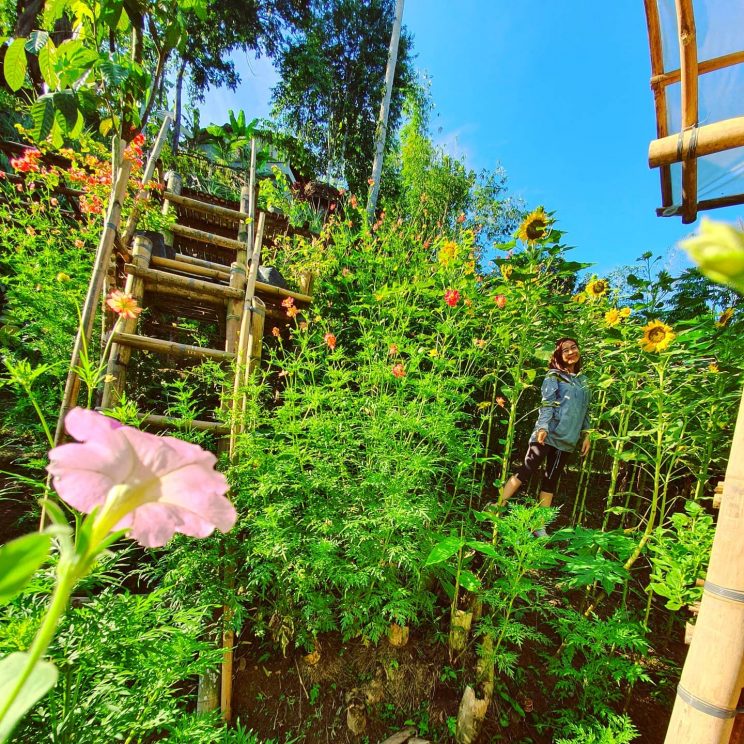 A photo that was taken at The Happy Place, a selfie farm park owned by Gabuna and her two sisters.

They transformed it into an agritourism area or a selfie park that’s similarly designed to Bali’s famous instagrammable spots. Giant nests and various selfie points can be found at The Happy Place. However, as of now, the farm is temporarily closed due to the pandemic.

Gabuna and her family focused on growing ornamentals and food crops when the operations of The Happy Place stopped. They also built a farmhouse and playhouse for her kids. After all, the farm became the family’s private ‘happy place’ over the quarantine. 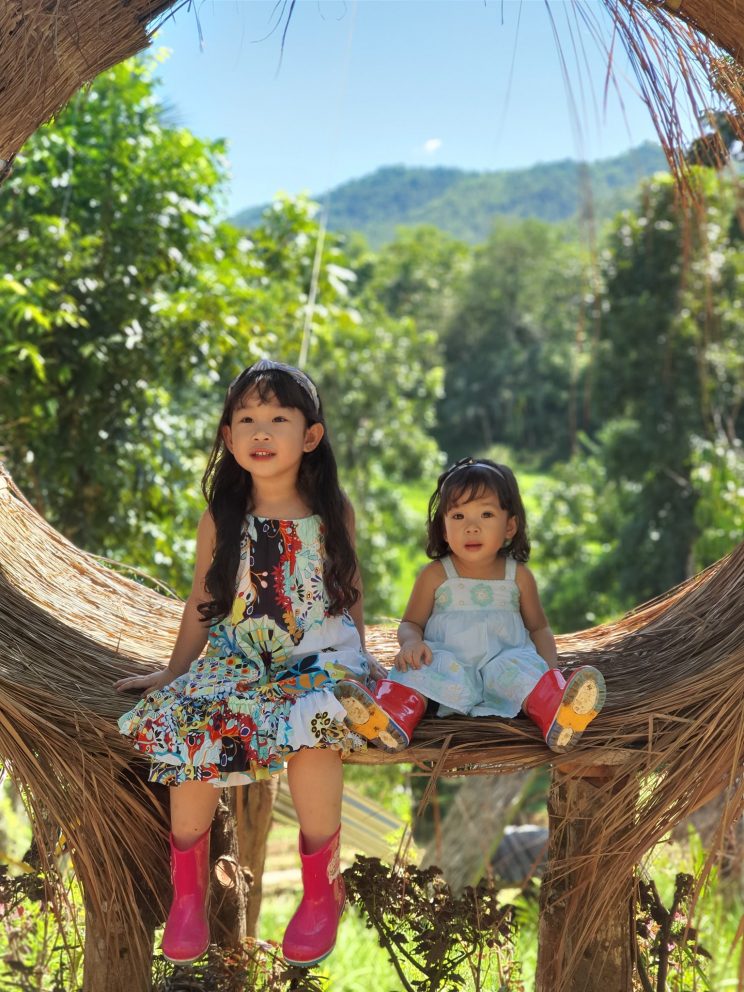 Aside from providing food for their family, It is also through her farming endeavors that allows her kids to learn and identify different plants in a real environment.

Aside from The Happy Place, Gabuna manages a separate four-hectare farm owned by her sister and brother-in-law. Since the two are currently residing outside the country, the farm was entrusted to Gabuna.

Gabuna planted vegetables in the lower portion of the land and fruit-bearing trees like abiu (Pouteria caimito), banana, citrus fruits, durian, and guyabano are found in the hilly parts of the four-hectare farm. 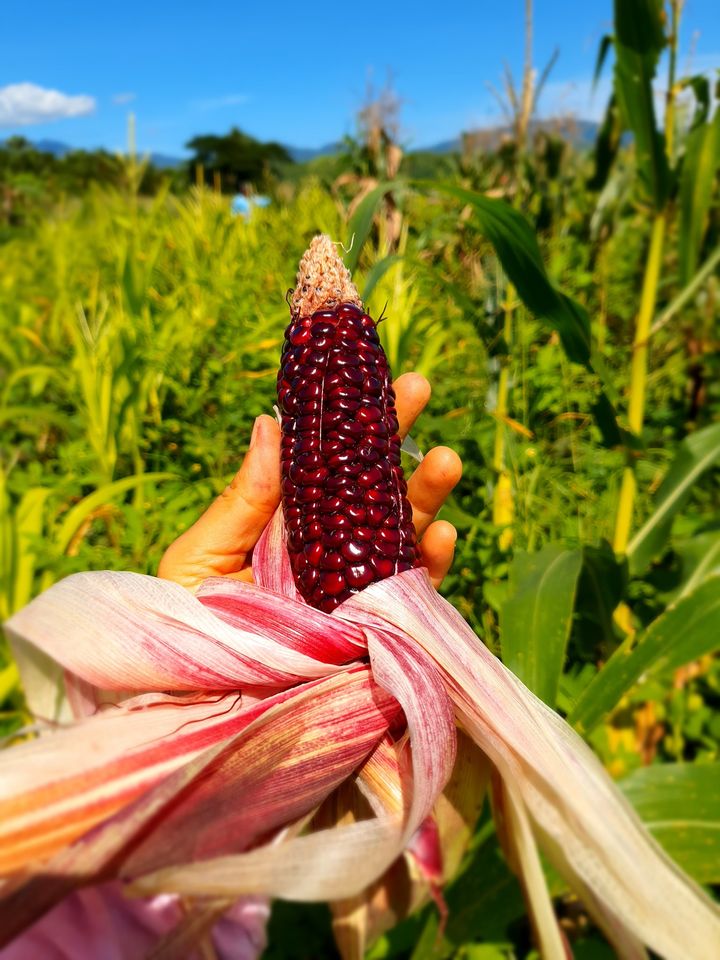 The farm also produces black corn aside from the yellow sweet corn variety.

The nurse-turned-farmer devotes more time to the development of this farmland since it’s still in its initial stage.

In this particular area, she produces sitaw as the main crop, along with banana, calamansi, ampalaya, corn (sweet and purple varieties), kamote, squash, eggplant, sitaw, papaya, okra, basil, among others.

Daily tasks include watering, weeding, and planting them. She also fertilizes crops every two weeks. 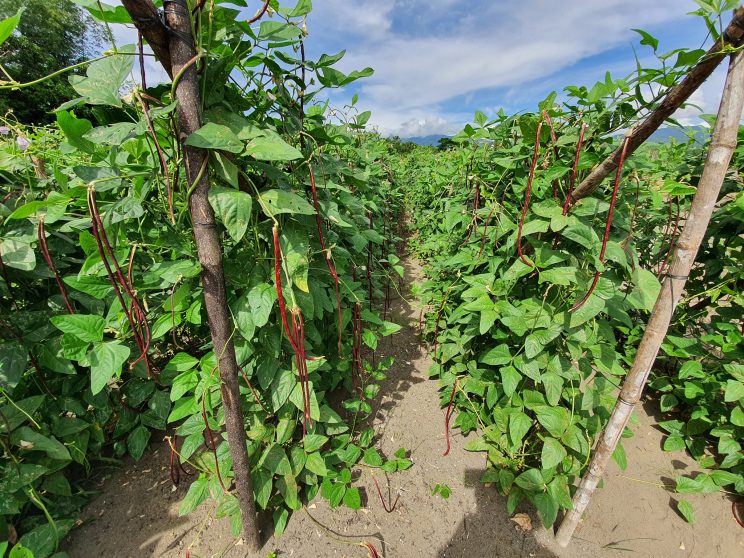 The farm has an abundance of sitaw that is available in purple and green varieties.

Approximately two months after planting, this farmer reaps at least two to four sacks of sitaw every harvest. The collection is performed thrice a week during harvest season. This is followed by other vegetables like okra and so on.

Pests and diseases are the typical concerns every harvest time. Despite Gabuna’s desire to keep the farm as natural as possible, it is a struggle to control the pests without the use of commercial pesticides and insecticides since the farm is already commercially producing crops at a large scale. Growing food is more fun with her two daughters, Oli (4) and Lala (2), especially during harvest time.

Despite using pesticides and other products on the farm, Gabuna makes sure to keep her rooftop garden free from any synthetic chemicals.

Around five to eight o’clock in the morning, she spends time tending to her home garden. In the afternoon, she visits the four-hectare farm. At present, Gabuna only goes to The Happy Place twice a week or when necessary to be hands-on on the other farm. During quarantine, Gabuna had more time to expand to more flowers, fruits, and veggies on their 350 sqm rooftop and third floor of their residence.

Gabuna also captures memories whenever she’s on the farm or garden. She uploads photos and videos via online platforms and posts farming vlogs on YouTube.

Produce from the garden is for household consumption, while farm yields are divided for commercial and personal use.

In terms of pricing, okra is available at P60/kilo in retail and P30 to P40 for wholesale. Calamansi costs P60 (retail) and P40 (wholesale). 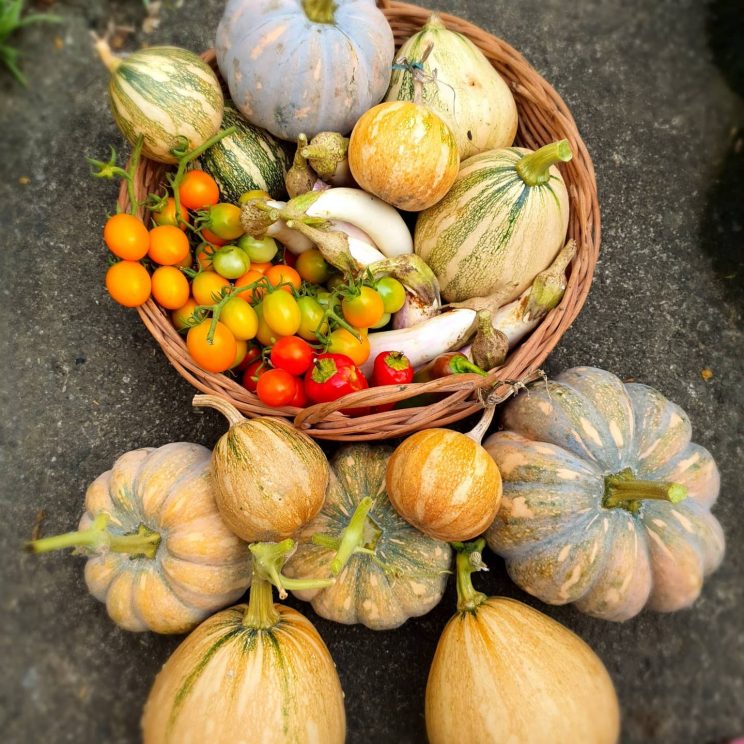 A portion of Gabuna’s June 2021 squash harvest from her home garden.

For sitaw, retail price starts at P45, while the wholesale price is at P20 to P25. Owing to this low market pricing, Gabuna sells her sitaw in large quantities through resellers instead of retail. 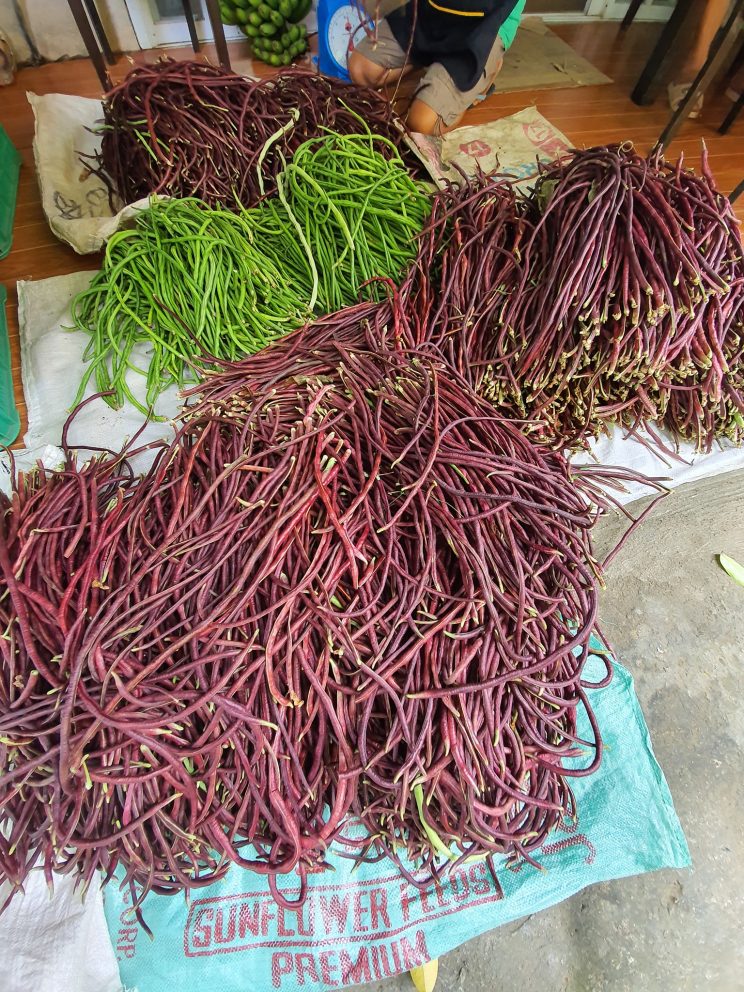 Over 50 kilos of sitaw from the farm.

The Gabunas save around P500 to P700 per week in terms of food expenses since they don’t have to buy fruits and veggies in the market. According to her, a monthly saving of P2,000 to P2,800 is a lot, especially since the prices of produce in the province are also cheaper. Gabuna all smiles with her squash harvests from her rooftop. She was able to grow three varieties of this particular crop, spanning from small to large sizes.

For Gabuna, growing food is the most rewarding thing that has ever happened to her in the past two years.

What was once a farming dream has turned into reality—multiplied into two productive farms and a lush home garden.