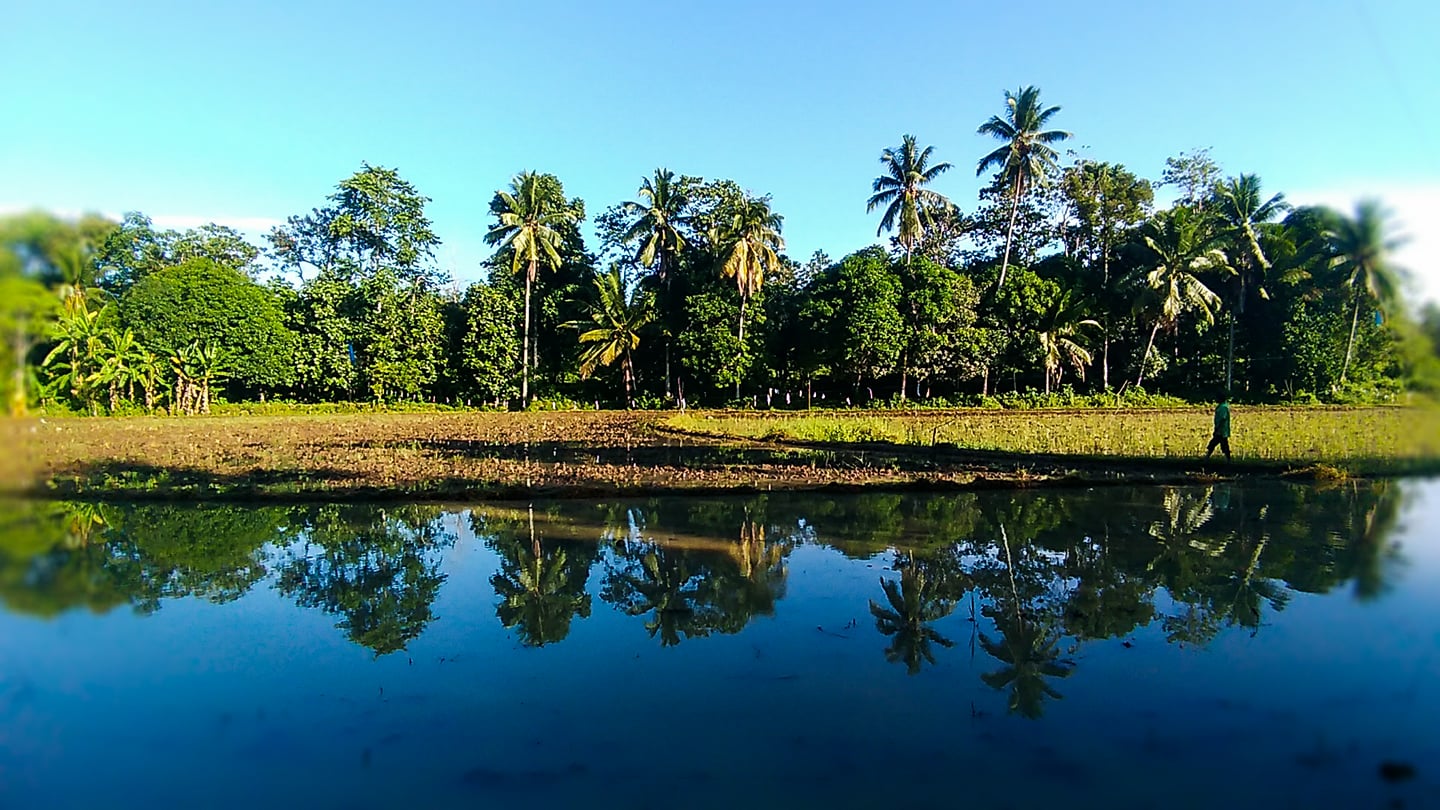 Nanay Noning's Backyard is 2.4-hectare farmland and a family heirloom.

Jonathan D. Samillano, a farmer who also works in a government office, wasn’t always involved in agriculture. His journey as a farmer started when he came back to Davao City for good in 2015.

“It was a very difficult decision I made because I’ll start from scratch after working in an advertising company,” he said.

But since he was originally from the area, he found himself living with his mother on his parents’ small farm lot measuring around 2.4 hectares located in Purok 7 Barangay Tacunan, Davao City.

Samillano’s parents are farmers. He eventually became inspired to follow in their footsteps, especially since he was looking for a means to start anew after leaving his career in the advertising world.

“I started joining organizations related to farming in our barangay. Likewise, attending training, seminars, and workshops to hone my skills in agriculture and earn more knowledge in farming,” Samillano said.

Eventually, he realized big the role farmers play in food security and sustainability. He also found it to be inspiring as it continues to teach him numerous life lessons.

Honoring the woman behind it all

Officially established in February 2018, Nanay Noning’s Backyard is 2.4-hectare farmland and a family heirloom. It’s an hour’s travel from Davao City. It boasts of fresh produce including coconuts, cacao, coffee, banana, rice, and fruit trees like durian, rambutan, lanzones, guyabano, and mango to name a few. It’s also home to some livestock animals such as cows, goats, and free-range chickens. 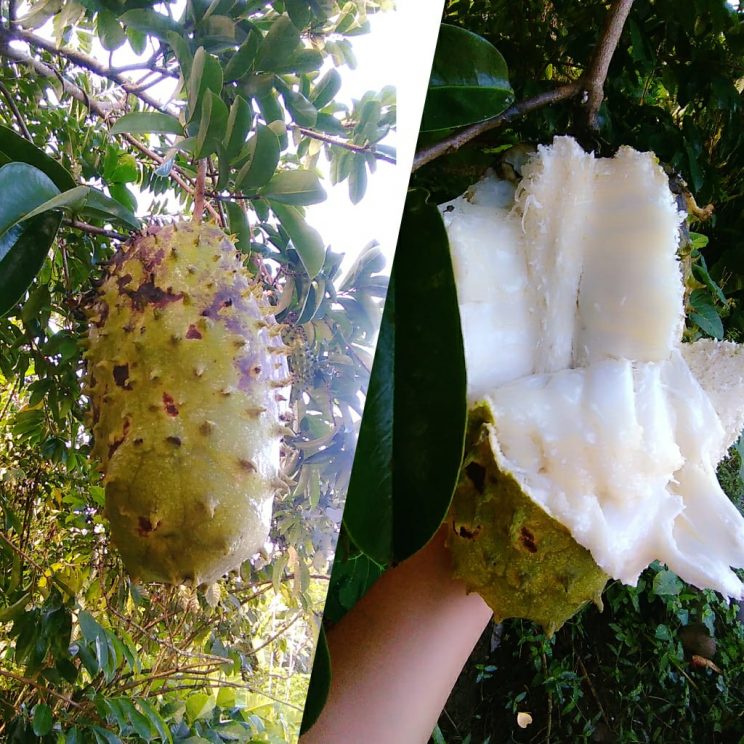 Fruit-bearing trees like guyabano were already planted on the farm prior to Samillano’s arrival thanks to his mother.

Its most prolific crop is cacao. According to Samillano, during cacao season, they can harvest more than 30 kilos of the crop. But instead of selling the beans, they process it and turn it into tablea instead. 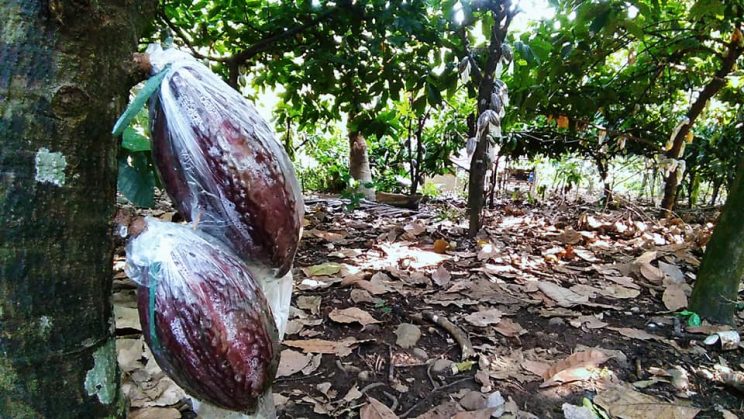 Cacao is the farm’s most prolific crop.

The farm was already fully planted with different crops such as cacao, coconut, coffee, banana, and fruit trees when Samillano took over. He then decided to recreate the farm’s image and came up with the idea of branding their farm so that more people will be able to recognize it.

“I eventually named the farm Nanay Noning’s Backyard to glorify her more than two decades of toiling the land and making it productive. [She did this with] the help of Tatay Basilio, [my father], who died last 2015,” he said.

Samillano’s mother is Cenona D. Samillano, 79-years-old, who has devoted all her life to farming.

Before Samillano moved in with her, she lived on the farm alone where she tended to the livestock, cultivated their rainfed rice fields, planted vegetables, and the other crops that are now growing on the farm. 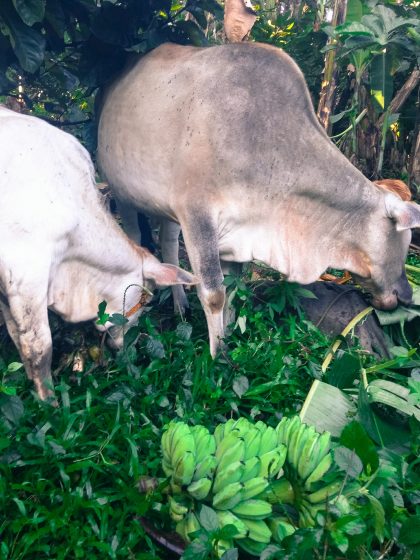 Samillano’s mother also tended to livestock such as cows, goats, and free-range chickens. Samillano’s mother also tended to livestock such as cows, goats, and free-range chickens.

As a tribute to his mother’s hard work and dedication to the farm, Samillano registered the farm in the Department of Trade and Industry (DTI) as Nanay Noning’s Backyard. Samillano posing with his mother.

To add more produce from their farm, Samillano and his mother started raising native ducks, locally known as itiks, especially since itik eggs remain in high demand because of the famous Filipino favorite, balut.

Samillano has a lot more planned for the farm. Using his interest in cacao, they were able to recreate and remaster their tablea to make it more appealing to consumers. It now bears a slogan saying “Traditionally roasted to perfection with an aroma that you can’t resist!” Using his interest for cacao products and knowledge in advertising, Samillano rebranded the farm’s signature tablea.

But it doesn’t stop there.

“My desire to explore Tablea grew more when Davao City was hailed as the Chocolate Capital of the Philippines,” Samillano said.

He also explored other cacao by-products such as cacao butter, cocoa soap, and sikwate, which is the Filipino version of a hot chocolate that Samillano also added his flair to.

Using the cacao that grows on their backyard farm, Samillano added a special ingredient to turn the traditional Filipino drink into something new altogether. By fusing sikwate and cinnamon tea, Nanay Noning’s Backyard now produces what they call “Sikwatea” which is available for purchase from their farm. He also create sikwate with a twist and called it ‘Sikwatea.’

His other goals include Nanay Noning’s offering sumptuous food prepared using ingredients found on the farm. It will also be offering value-added products such as Nanay Noning’s finest tablea and Sikwatea.

“More of these products will be offered soon. Indeed we will provide you an indelibly special experience,” Samillano said.

Through his determination to learn about and practice farming, Samillano later became the president of their organization in Brgy. Tacunan, Progressive Farmers of Tacunan, where most of the members were older than him.

Such a position seemed daunting at first, especially because of the age difference, but the traditional farmers are now looking for inspiration from him, as he did with them before, on how they can improve and adapt their farms to current times.

Moving back to his hometown may have been a difficult decision for Samillano but it’s one that bore a lot of fruit, quite literally. Living with his mother on his parents’ small farmland has given him a fresh start as a farmer while being able to exercise the knowledge that he picked up from working in an advertising company.

Now working hand-in-hand with his mother, Samillano has a lot planned for his mother’s backyard farm in terms of farming and marketing.