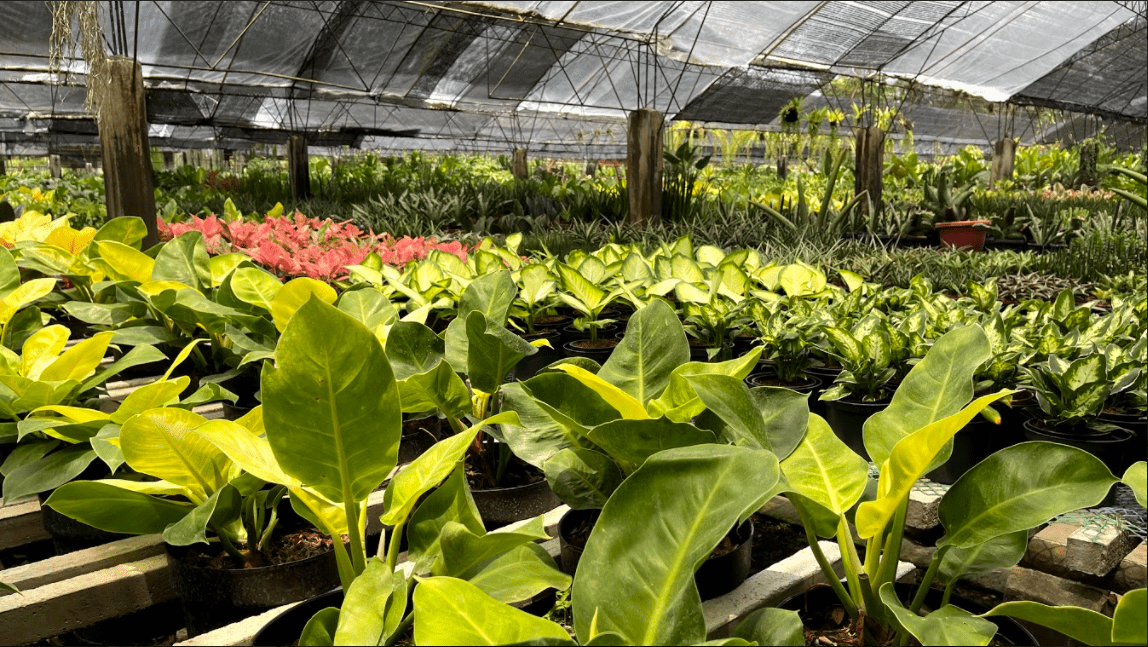 Rona's Garden Inc. is a garden store that has been in the plant trade industry since 1970.

There are some instances in life where we take a different path from the initial course planned. Take, for instance, Franz Palisoc. As an architecture graduate from the University of  Santo Tomas College of Architecture, many would assume that he would be pursuing a career in the particular course. But that’s not the case.

Instead, Palisoc is currently handling the marketing and management of their family business, Rona’s Garden Inc. 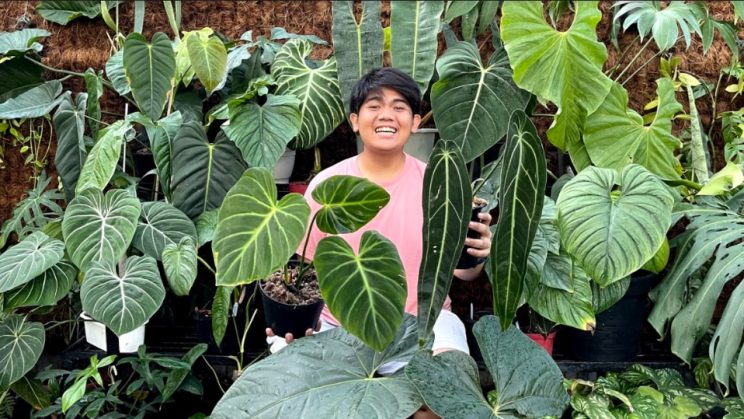 Franz Palisoc, an architecture graduate from the University of Santo Tomas, joined the family business by managing its social media accounts. He also grew an interest in plants and with a collection to match.

He added that his grandparents are both considerably known figures in the very same industry as they expanded and created their businesses along with their children while managing Bulacan Garden at the same time.

About the family business

Rona’s Garden was established back in 1970 by Palisoc’s grandfather, Rene, and his wife, Monette. Equipped with the knowledge and experience from running Bulacan Garden Corporation, they started a small gardening stall in Farmer’s Market, Cubao.

“They decided to name the garden after their firstborn, my mom, Rona. With hardwork, perseverance, passion, and love for building relationships with people, they were able to successfully grow the business,” Palisoc said.

Eventually, the couple ventured into landscaping, contracting, and much more. With their success, Rona’s Garden now has three branches, one having a big nursery which now cultivates a wonderful variety of plants.

Palisoc’s grandmother, whom he fondly calls “Nanay”, has also become a known figure in the industry as one of the people to introduce beautiful plants in the Philippine market, one being euphorbias which have since become popular among gardeners. 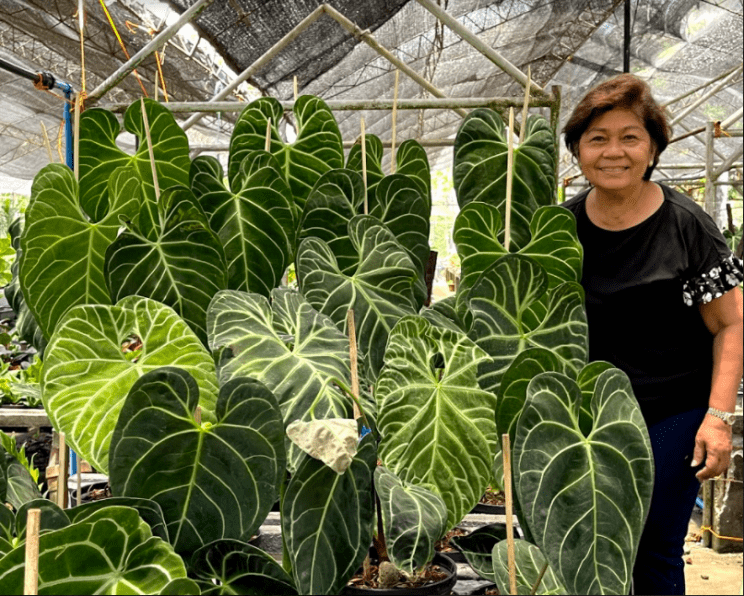 Working for the family business wasn’t a part of Palisoc’s plan. But because of the COVID-19 pandemic, he wanted to contribute to the family and make the situation easier for them.

“I had an idea of how I can help the garden continue operations so our gardeners and staff won’t need pay cuts due to the pandemic, so I decided to try pushing the garden a step further by managing the online pages and content of our company,” he said.

Palisoc took over before gardening became a popular trend. He and his family didn’t expect that there would be a growing interest in plants, making his contribution to managing their online presence a significant one.

So when people’s questions poured in about the plants that they have, he had to be the one to provide them with the answers that they needed. But since he still wasn’t familiar with plants, he had to relay their customers’ concerns to his grandmother, aunt, and their gardeners.

But he later realized that he has to take things into his own hands if he wants to get a better handle on their family’s affairs. And how better to understand the concerns of gardeners or collectors, he became on himself.

Keeping the market alive and exciting

One of the reasons that contributed to the success of Rona’s Garden is the wide variety of plants that it cultivates and offers to local gardeners, thus keeping the market interest alive and exciting.

“From time to time, we introduce newer plants to the nursery, and now we have added more ornamental plants to grow and cultivate so we can offer them at more affordable prices,” Palisoc said. 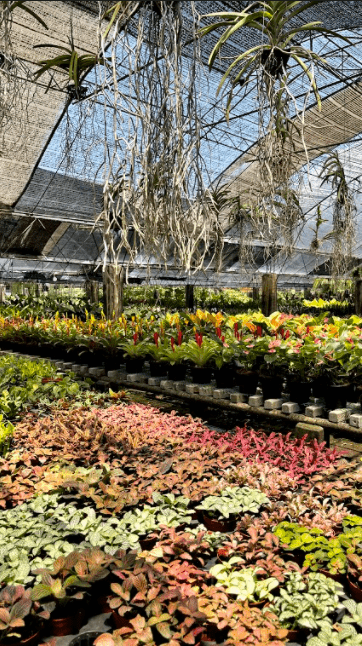 Rona’s Garden Inc. keeps the market alive and exciting by offering different varieties of plants to their customers.

He added that for a long time now, they have been particularly cultivating foliage anthurium species such as the jenmanii (cardboard), golden jenmanii (king of kings), and rainforest anthuriums. Other plants that they cultivate are bromeliads and many landscaping plants that they use for projects.

But since Palisoc’s involvement in the company, the plant list has gotten more additions in the form of rare plants.

“I have introduced rarer specimens into our collection and catalog, especially aroids like anthuriums and philodendrons, and have begun production of collector philodendrons and anthuriums,” Palisoc said. 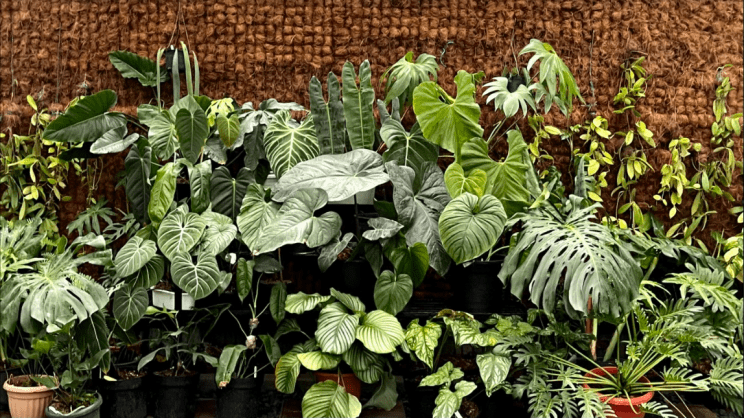 Aside from managing the online accounts of the family business, Palisoc also introduced some rare species into their catalog.

This now allows Rona’s Garden Inc. to adapt to the changing demands of its market, especially since the plant trend greatly depends on what’s popular among the public. That’s why, according to Palisoc, they continue to be as versatile as possible with their selection of outdoor, ornamental, and rare plants.

“At present, the anthurium species seem to be on the hype and sell out much quicker than other plants, while our ornamentals like Congos, monstera deliciosas, fittonias, and other philodendrons like birkins and subhash tatum went on a sale and were almost sold out!” Palisoc shared.

He added that the trends change and evolve, and the demands keep changing so they have to make sure that they will always have a variety of good choices when customers visit their gardens.

Going beyond the trend

Even though trends come and go, Palisoc believes that gardening should continue over the years as it also gives gardeners and collectors a role as stewards of conservation. “By growing and continuously sharing our plants, we are also able to contribute to the survivability of a lot of species,” he said.

He cites as an example the much sought-after Philodendron spiritus sancti, which have become extinct in the wild due to various reasons like poaching. But because the gardening industry exists, the plant is now being grown, multiplied, and shared with collectors, which allowed the continuation and survival of the species.

“Plants don’t just contribute to us, but we too, contribute to Mother Earth by spreading nature back into every home,” Palisoc said.

Through becoming part of his family’s business, Palisoc became aware of how the gardening industry works and even became a plant collector himself. His substantial contributions to the family business such as managing their online presence and introducing rare plants into the collection are part of the reason why Rona’s Garden Inc. remains relevant to gardeners today.

Only 3% of land on Earth is still ecologically intact