Julie Ann Lacsina, 33, posing in a rose farm in Benguet.

Hobbies can often be a good way to pass the time and be productive. But there are some instances when hobbies can also be more than that—they can also be a good source of income to a person who knows how to maximize the potential of their activities.

One example is Julie Ann Lacsina, 33, a single mother with a three-year-old daughter. She is currently employed in a BPO company but she spends most of her time as an entrepreneur in Angeles City, Pampanga who sells high-quality roses.

Lacsina has loved gardening ever since she was young. This was because she grew up with her grandmother who taught her the basics of how to plant fruits and vegetables in the province. But this time, she decided to grow something else other than food. 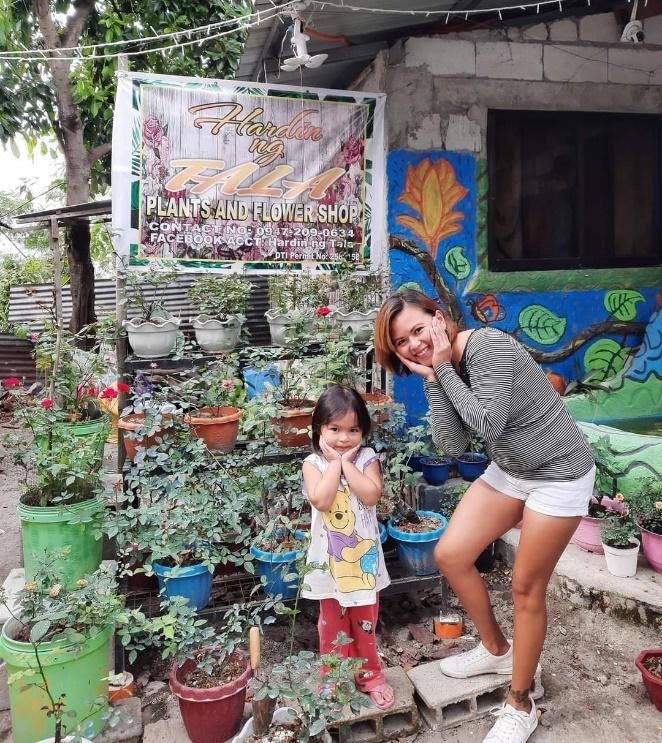 Julie Ann Lacsina with her three-year-old daughter in their garden, Hardin Ng Tala.

“I started growing roses last year around August. I started to buy my first two pots of rose, one pot of Valentine red rose and the other an American Peach rose,” she said.

But she started her hobby of growing plants months before. She started her garden when the government implemented the enhanced community quarantine (ECQ) last year, March 15, 2020, because of the COVID-19 pandemic.

Challenging herself to push boundaries

At first, Lacsina was hesitant to buy roses, because she had the notion that the plants would not survive in Central Luzon because of the weather.

“It is really hot during the summer and the amount of rain that we have also during the rainy season. Those are the factors that I need to consider,” Lacsina said.

But she didn’t let this idea keep her from growing roses. Lacsina challenged herself and wanted to see if roses would survive in her location. She experimented, did research, and made observations about the roses while she had them in her possession. 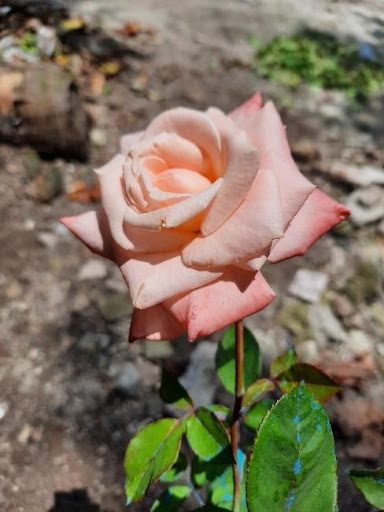 American roses were among the first varieties that Lacsina worked with.

“Since roses are not common flowers to take care of for hobbyists like me, I need to spend time on research. Reading articles about roses and watching care tips about gardening and the help of my farmer friends as well,” she said.

Lacsina added that watching YouTube videos on how to grow roses was a very big help for her to accomplish her goal and learn more about the flowers. Another thing that helped Lacsina is meeting a grower who can offer substantial knowledge on how to grow roses.

“I am an adventurous type of person; I love meeting new people until my destiny leads me to meet and have a deep friendship with the owner of one of the biggest potted rose farms in the Philippines. I owe him and his knowledge on how to take care of these roses,” she said.

With all the knowledge and experience that she earned, Lacsina managed to grow various varieties of roses such as Pitimini’s, climbing roses, American roses, Japanese roses, Korean roses, Ecuadorian roses, and even roses that are not yet out in the market. 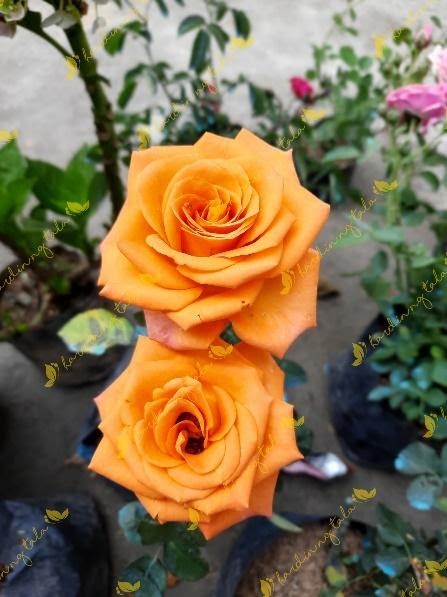 Because roses are very sensitive, Lacsina made sure that she knew all their basic needs.

“The common problems about them are fungus, insects, and improper soil media. To fight fungus and insects I need to learn different kinds of organic and non-organic fungicide and pesticide. But most of the time, I am using cinnamon powder for my roses and it is already all in one. Cinnamon dilution is good for treating fungus, root rot, and ant repellant, etc.,” she said.

(Read about how Lacsina grows her roses)

Now that Lacsina has learned the basics of how to grow roses and has managed to prove her initial notion wrong, she found a productive hobby through gardening. Eventually, it became more than just a way for her to pass the time.

Lacsina then started searching on social media platforms on how she can buy directly from farmers in Baguio. She began transacting with a middleman in Baguio with whom she places the orders for roses and who will forward the roses through buses.

Eventually, Lacsina started taking matters into her hands and started selling her roses on December 8, 2020. At this time, she came up with the name “Hardin ng Tala” as a tribute to her daughter, Azaliah Tala. 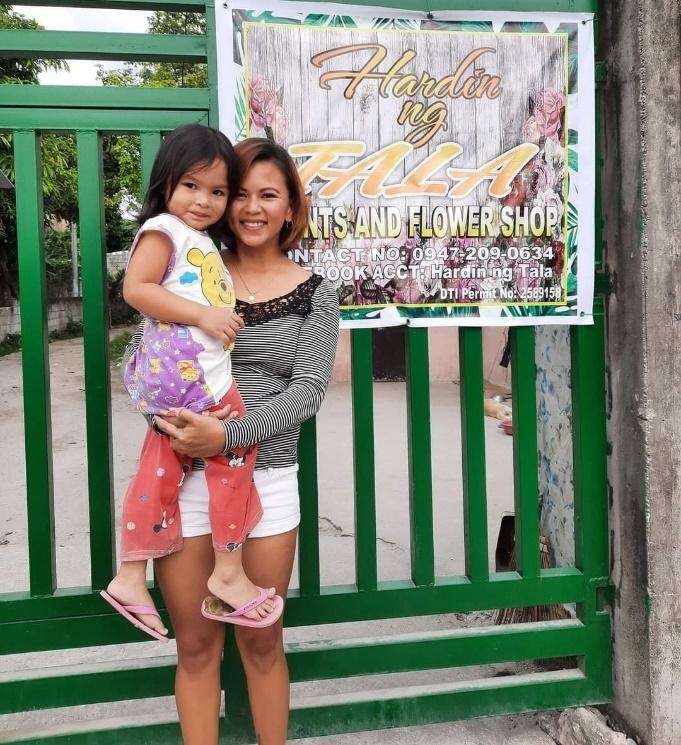 Eventually, Lacsina started her own garden and named it after her daughter.

“In the first month of selling, I am already happy that I am earning one hundred fifty for one delivery. And from one hundred fifty pesos, I will buy another pot and sell it again. I am just repeating the process until I met the owner of Rose Farm and his son who sell Ecuadorian roses,” he said.

Partnering with a local rose farm

Seeing as how Lacsina shares the same interest in growing roses, the owner of the rose farm trusted her as a distributor who can provide customers with their demands of Esperanza Ecuadorian roses.

“I will be the one who will look for resellers so that their Esperanza Ecuadorian will spread all over the country. And I agree. I did not fail him and my loyalty is with them. I did not ruin their trust and I follow all their policies on how to be their distributor.  From then, until now we still have our partnership,” she said.

From their farm in Benguet, the owner of the rose farm delivers their produce to Angeles City, Pampanga so Lacsina can sell them nationwide. “Some of my roses are already propagated by yours truly by doing marcotting or sometimes by cuttings. Before I just started here in Angeles City but now our Hardin ng Tala is offering nationwide deliveries by placing your orders online and to our website,” Lacsina said. 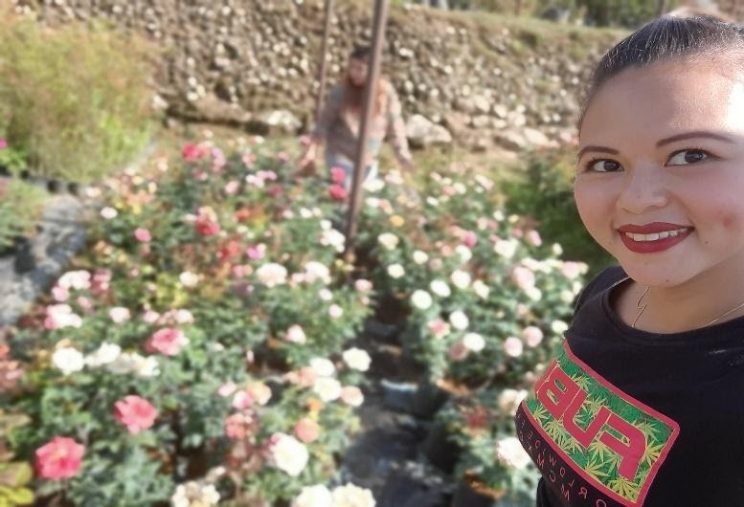 Another source of income for Lacsina is selling and propagating Ecuadorian roses in partnership with Rose Farm in Benguet.

As for the profits, Lacsina feels confident that she’s earning enough to save for her daughter’s future. But most importantly, she hopes to encourage other single mothers that they can do whatever it is that they set their mind to, especially if it’s for their children.

Lacsina proved that a hobby can become profitable if a person invests the time and effort to learn about it and create beneficial relationships with others who share the same passion. Through rose gardening, not only does she find satisfaction in challenging herself and earning a profit while doing so, but she also has the opportunity to help other growers like her gain a market in the country.

‘PLANT’: Five things to consider when establishing a plant shop

Hobbyist turned entrepreneur shares tips on how to grow roses