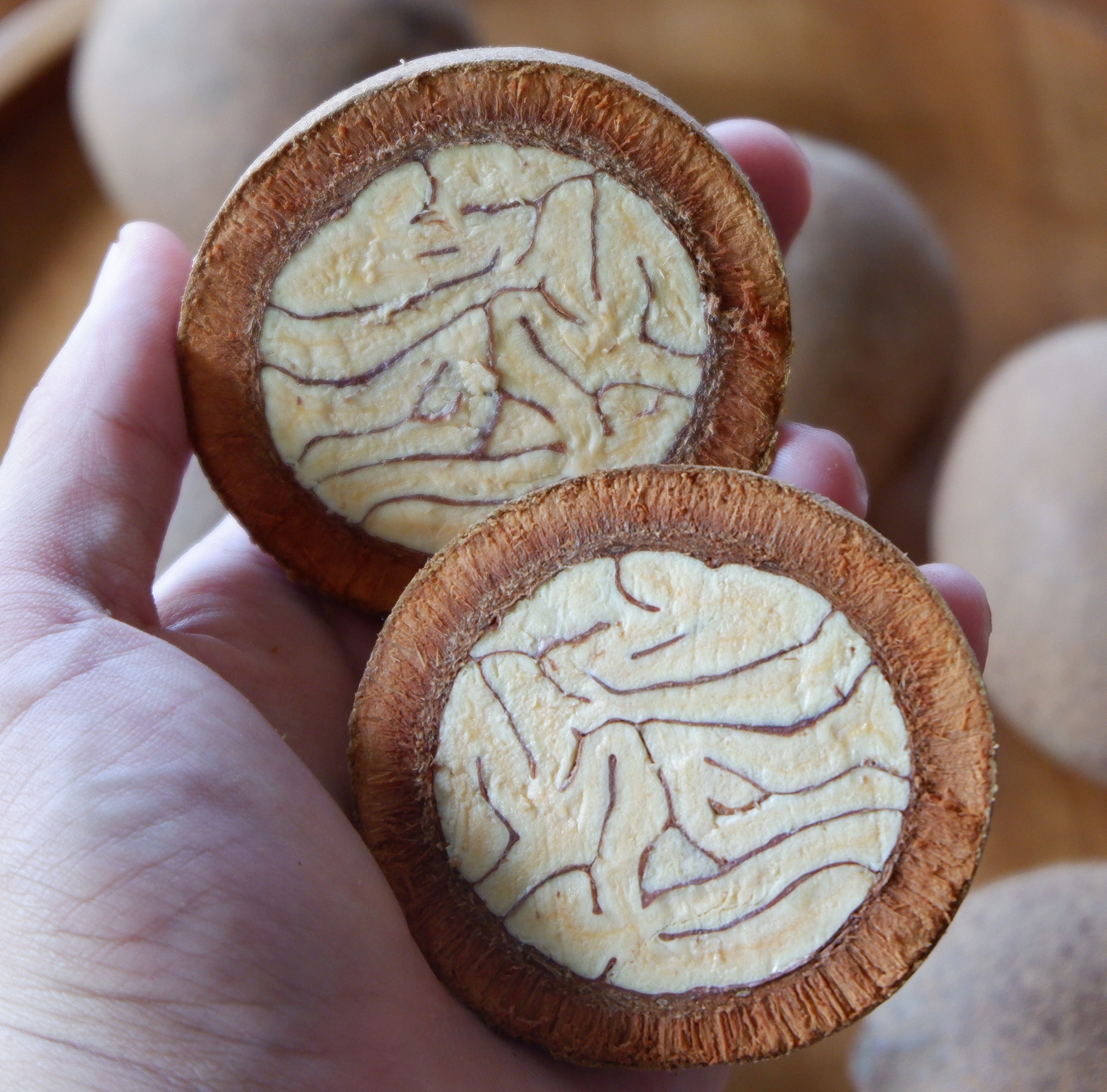 Tabon-tabon, an endangered indigenous tree, produces a sap that is a primary ingredient in a local dish, kinilaw.

There is no doubt that Filipinos love food. While our country is abundant in native ingredients that give a distinct flavor to local recipes, it is saddening to know that many of these crops are also on the brink of extinction.

In a Facebook post, John Sherwin S. Felix, 25, an amateur cook, showcased several native and naturalized ingredients that have been part of Philippine food heritage.

Felix’s caption reads in Taglish, “I remember my encounter with someone on social media who thinks Philippine cuisine is inferior and that our ingredients are mostly vinegar and sugar alone. I beg to disagree. We have lots of wonderful food items here in the Philippines! You just have to look closer— explore.”

Out of his passion for Filipino cuisine, Felix collated photos and information of native and naturalized crops on Facebook that garnered over 21,000 shares and 16,000 likes as of this writing. He also promotes traditional and reconstructed recipes using local produce online.

Felix said that he got acquainted with these crops through his own research on agriculture and food heritage, as well as his daily visit to the local wet market.

With a similar goal as Felix, Slow Food, an international organization, aims to preserve food culture and heritage across the world. Through Ark of Taste, a catalog of endangered heritage foods, Slow Food sets a tool or platform where people from various countries can nominate native ingredients to maintain and save them from being forgotten. In the Philippines, there are 65 Ark of Taste products to date.

Some Philippine native ingredients that are now listed as endangered in Slow Food’s Ark of Taste are as follows:

Asin Tibuok is an artisan sea salt with a shape similar to a dinosaur egg. Also referred to as the unbroken salt of Albur, this Philippine salt is native to Alburquerque, Bohol, a town known for salt production.

According to Felix, it can be used as a regular salt, divided into big chunks and dipped into soups, or grated on top of the food as a finishing touch. Its production has been a tradition that has been passed down through generations.  However, due to the long and tedious process of making this product, many salt farmers have also stopped making them. 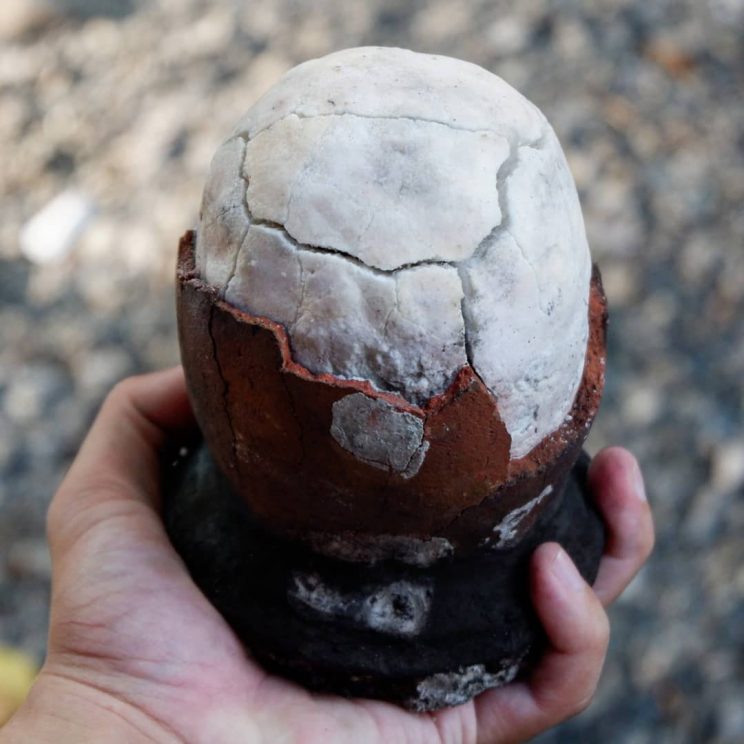 A photo of asin tibuok, an artisanal salt from Alburquerque, Bohol.

Despite its edible nuts being one of the popular sweet delicacies as pasalubong, pili is listed as an endangered species that is native to the Philippines. Pili trees are cultivated as a valuable resource and food crop that is mainly found in Bicol region, as well as in some parts of Visayas and Mindanao. Pili nuts or fruits have a sturdy, oblong shape that are consumed raw or roasted. 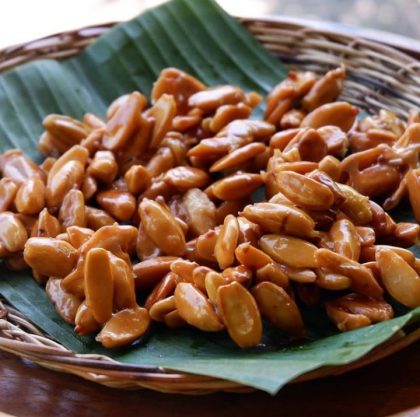 Nuts from the pili tree that can be eaten as sweets. 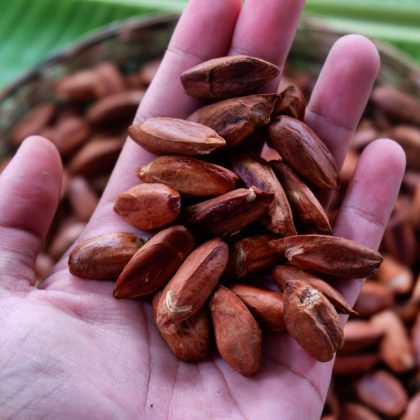 Pili, another native ingredient to the Philippines, can be harvested from May to October or June to August.

Tabon-tabon is another tropical tree native to the Philippines. Its sap is a primary ingredient in a local dish, kinilaw, that helps reduce the robust smell and flavor of raw fish and vinegar. While its fruit looks like chico fruit (Manilkara zapota) that has brain-looking flesh, one seed, with a hard brown covering. 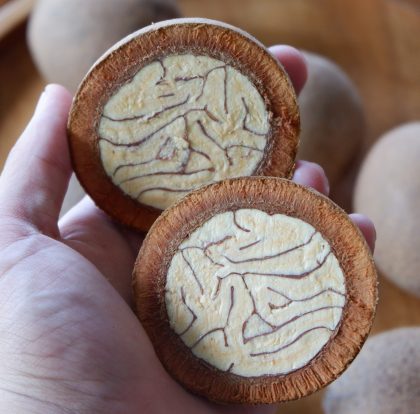 Tabon-tabon, an endangered indigenous tree, produces a sap that is a primary ingredient in a local dish, kinilaw. 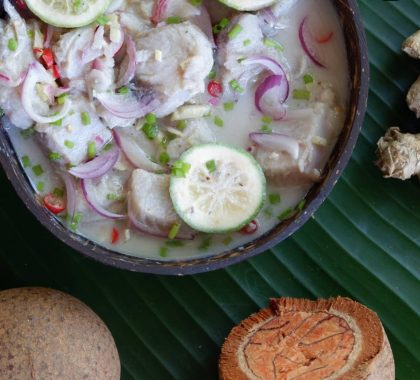 Landang or native tapioca is made from palm flour that comes from the trunk of buri palm (Corypha elata), a native palm tree variety. Production of landang takes about five to seven days and requires manual labor of skilled people. Unlike the typical sago, this one has a lumpy and unusual texture. Landang is usually used in traditional dishes like binignit and kinugay.

Sadly, the production of landang is being limited due to the cutting of buri or buli trees for the development of malls and subdivisions. 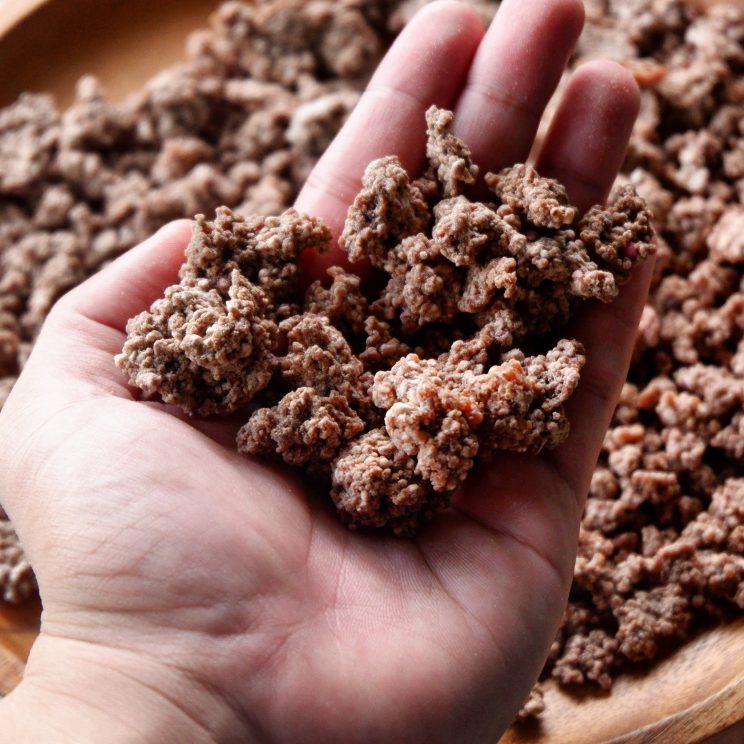 This is landang or native tapioca that is made from a buri tree.

These food items serve a variety of functions that have cultural importance, especially in regions or areas where they are mostly found. Many dishes and products won’t be the same without them. Identifying, promoting, and preserving them is crucial so the future generations would be able to recognize and enjoy them, too.

Underwatering has some benefits to vegetables