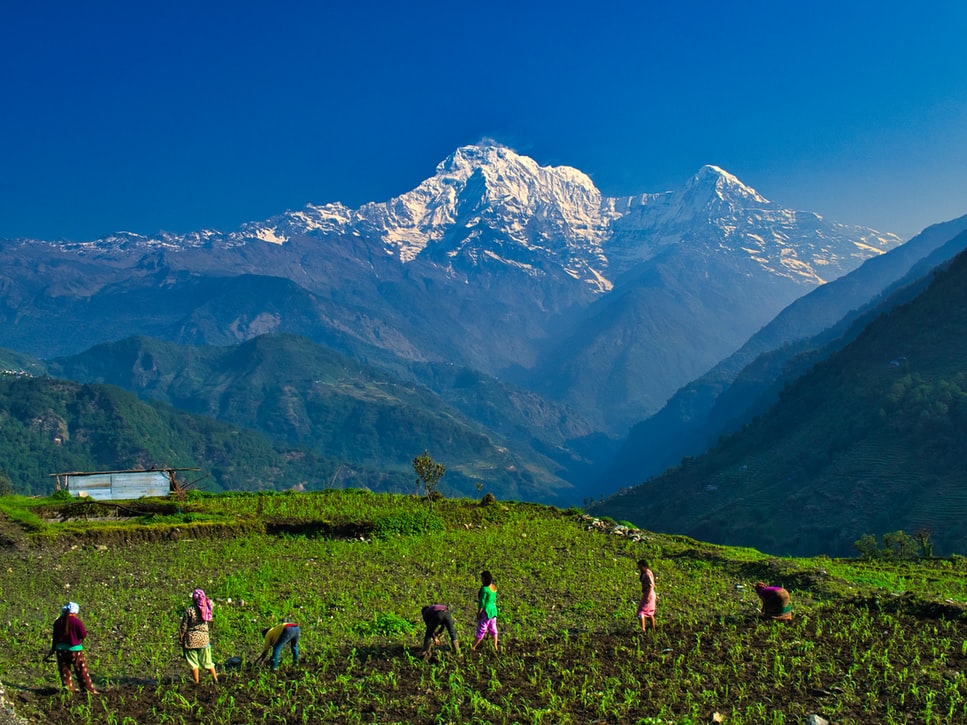 Photo by Giacomo Berardi from Unsplash

Career paths don’t always go down a straight road. While some folks keep following the profession that they started with, others might deviate to a different path and pursue something else entirely.

Take, for instance, how several employees from the corporate, governmental, and private sectors change their jobs because of personal reasons, such as looking forward to a less daunting workspace or having a more fulfilling career.

One option that people often turn to make a living doing something satisfying is farming.

Putting food on people’s foods plays an important role in society, and farming doesn’t require a degree for people to get started, so many people can easily shift to this profession after spending enough time learning about the basics of growing crops, raising livestock, and other aspects of the industry. Here are five such individuals.

Gabby Retuya, 38, from Alcala, Pangasinan is one example of how farming can be for someone who is willing to put the right time and effort into it.

Hailing from Bautista, Pangasinan, Retuya finished a Bachelor’s degree in criminology at the University of Pangasinan. But instead of becoming a policeman, he became an agripreneur who grows and sells farm-ready seedlings from his farm, Gab Farm.

Despite not pursuing his career as a policeman, Retuya became an agripreneur which allowed him to be in a position where he helps others start their own agricultural dream, earn a profit, and put food on their customers’ tables.

(Read about how Alcala started his career as an agripreneur)

Another example of an agripreneur whose first choice wasn’t agriculture is Ar-jay B. Loyola, a business management graduate. But even though he didn’t choose an agriculture degree at first, this didn’t stop him from pursuing a career in agriculture.

Using his business degree, Loyola found a way to start a garden business to create a sustainable income.

While in his early 20s, Loyola manages his garden business named Plantiques, which offers indoor, outdoor, herbs, and other ornamental plants at a wholesale price.

Many individuals who started their careers in a different industry are also recognizing the potential of agriculture as a profession. Dexter Dandan and his wife used to work as employees in a manning agency for seafarers for 15 years before Dexter realized that farming is in his blood.

The couple also teaches others about their knowledge about beekeeping and backyard farming with others so that growing food and caring for bees will be continually practiced.

(Read about how Dexter’s Integrated Farm and Apiary here)

Another individual who realized that farming was her cup of tea is Cherofel Gabuna, 39, a registered nurse from Libacao, Aklan. When she got pregnant in 2016, she decided to return to the province where she found the right time and resources to start a productive farm and garden.

She, along with her family, developed a one-hectare parcel of land which was transformed into an agritourism area or a selfie park that’s similarly designed to Bali’s famous spots. But when that site closed because of the pandemic, she and her family shifted to growing ornamentals and food crops.

Gabuna says that growing food is the most rewarding thing that has ever happened to her in the past two years.

Going into farming is also a good way for people from previous professions to start a new life.

Jonathan D. Samillano, a farmer who also works in a government office, found himself living with his mother on his parents’ small farm lot measuring 2.4 hectares in Purok 7 Barangay Tacunan, Davao City after he left his job in an advertising company.

His parents are farmers which eventually inspired Samillano to follow in their footsteps. He started joining organizations related to farming in our barangay along with attending training, seminars, and workshops to hone his skills and knowledge in agriculture.

Eventually, Samillano realized the significant role farmers play in food security and sustainability. Now, he runs Nanay Noning’s Backyard which continues and upholds the farming legacy that his parents started.

As these five individuals show, farming has many benefits, and to people who are looking to start a career or change their initial profession, it can be a viable start to a profitable and fulfilling role that could sustain them for years.