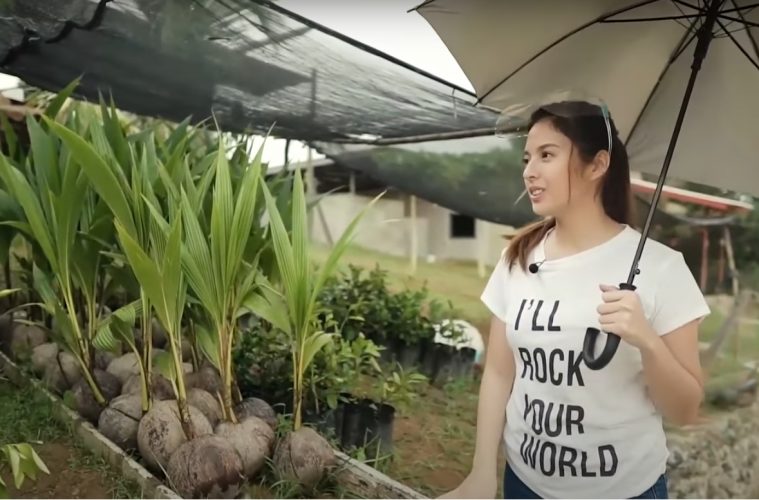 Ysabel Ortega with the plants in her family farm's nursery.

Urban gardening has become popular in the previous year because of the implementation of community quarantines due to the COVID-19 pandemic.

Since most of the population spent more time indoors, they engaged in urban gardening as a productive and relaxing hobby to keep their anxiety at bay and provide a sustainable food source.

With the growing interest in growing crops or raising livestock, some have taken things to the next level by farming on a large scale.

An example of this is actress Ysabel Ortega, a Filipino actress popular for her role as Charlotte “Charlie” Quiñones in the 2017 Philippine melodrama “Pusong Ligaw.” During the quarantine, Ortega kept busy by developing their family farm in Barangay Ortega, Bacnotan, La Union.

Presently, Ortega’s farm is planted with 3,000 lemon trees. These are expected to mature in a span of two to four years. The young actress shared in her vlog that they expect to plant more trees in the coming years since they only started during the start of the quarantine period. 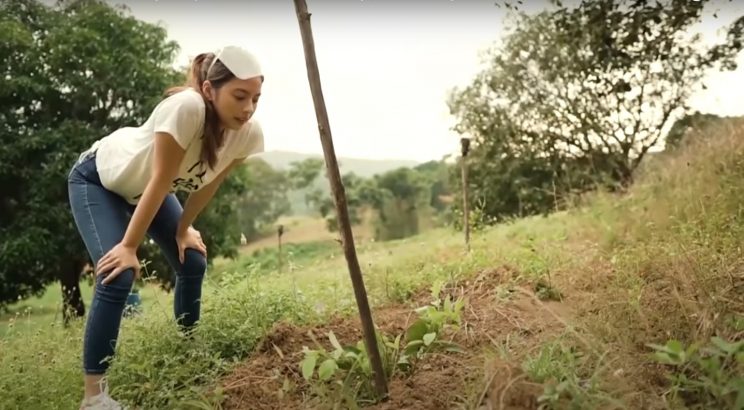 The decision to plant lemon trees on their farm sparked after they consulted with an agronomist who suggested that their land was suitable to plant citrus fruits.

Ortega saw the opportunity to plant lemons because she’s aware of the fruit’s versatility since it’s used in both cooking and baking.

Each lemon tree is planted three meters by six meters apart to provide them with more space as they grow. The surrounding area is also constantly kept free from weeds so that all the nutrients from the soil will go directly to the lemon trees.

And to secure the healthy growth of the lemon trees, these are naturally fertilized with compost that’s also produced on the farm using dried leaves, fresh leaves, chicken manure, and soil.

But lemons aren’t the only fruits that are being grown on Ortega’s farm. Recently, coconuts and pomelo have been added to create crop diversification. 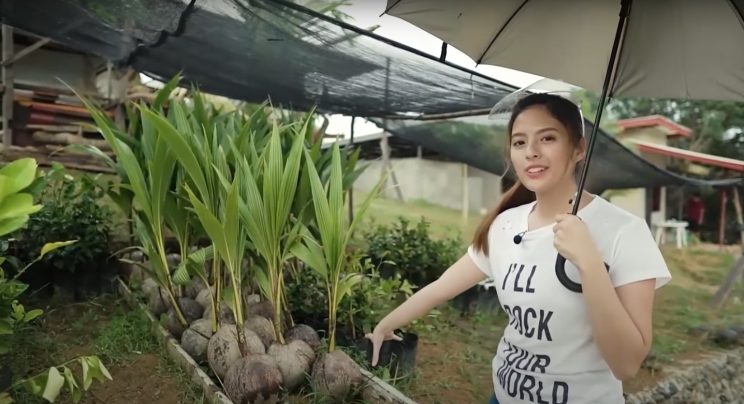 Aside from lemons, coconuts and pomelo are also planted on the farm.

The young actress’s farm does not only feature plants. It’s also home to 45,000 broiler chickens which are harvested for meat purposes.

According to Ortega, their poultry farm assumes a contract growing role where they collaborate with other bigger institutions by raising their chicks and later returning them fully grown.

She added that this setup works best especially if they’re engaged in large-scale broiler production, which involves thousands of chickens. 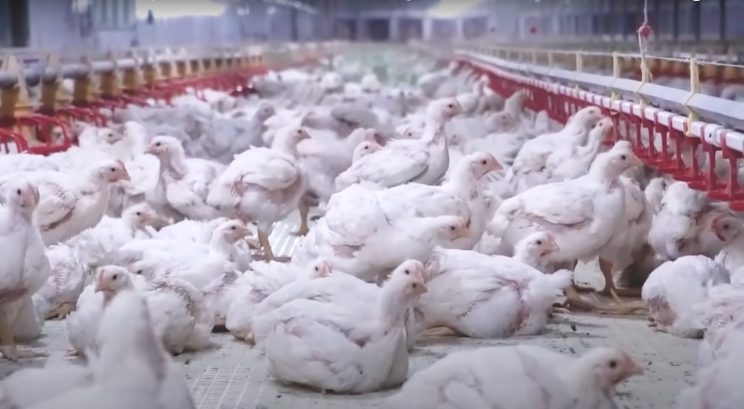 The farm also has a broiler house that holds 45,000 broiler chickens that are harvested for their meat.

Chickens from Ortega’s farm are kept in a climate-controlled broiler house to make sure that they grow in the proper climate conditions. The broiler house is also properly insulated and well-ventilated.

The chickens are provided with feed, water, and vitamins so that they reach the ideal weight requirements according to the market or their contractor’s preferences.

Parts of the broiler house are also segregated to mitigate the spread of diseases in the event of infection.

Ortega is among the many millennials who have shown an interest in agriculture and its potential to become a profitable business. And by vlogging about their farm’s operations, the young actress has the power to inspire others, especially the younger generations, to someday pursue agriculture.