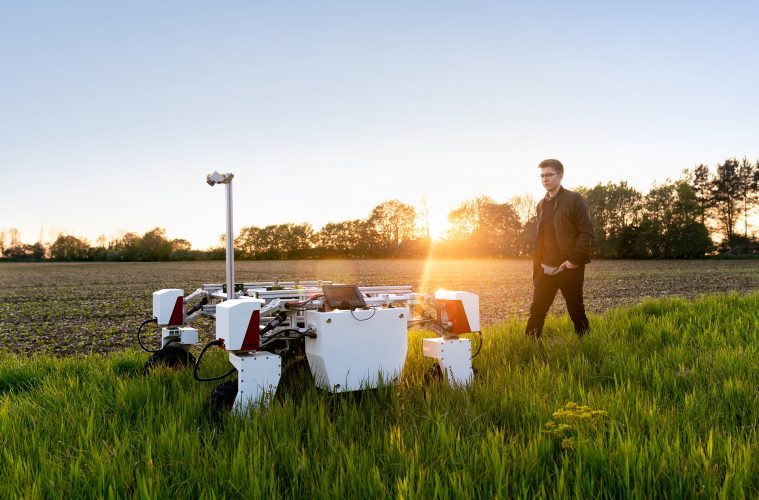 Image by RAEng_Publications from Pixabay.

Farm robots may save or destroy the environment

Farm robots are slowly transforming the agriculture industry by reforming old practices through the use of technological advancements. Experts continue to look at its benefits and disadvantages on the crops and environment.

Thomas Daum, a German agricultural economist, shows in one scenario that small robots may assist in growing organic produce through sustainable practices, giving enough room for wildlife to coexist. Engaging robots for laborious farm work like fertilizing and weeding can help farmers keep their lands and surroundings naturally preserved.

These robots could spray just enough biopesticides and use laser beams in removing weeds without damaging pollinators and other plants. This way, it won’t damage the soil and would remain chemical-free. Having said that, robots can help save biodiversity and fight global warming in new ways.

However, in another scenario, the use of huge farm robots may also be used for monoculture farming, or the cultivation of one crop in a field, which does not encourage biodiversity. Since these bulky machines can cultivate a single crop massively, it promotes the application of pesticides in significant amounts that serve as a threat to wildlife.

These two situations are possible from a technological perspective, said Daum. He pointed out that the use of technology in agriculture can directly or indirectly impact everyone in the near future. Hence, these factors must be laid on the table as early as now.