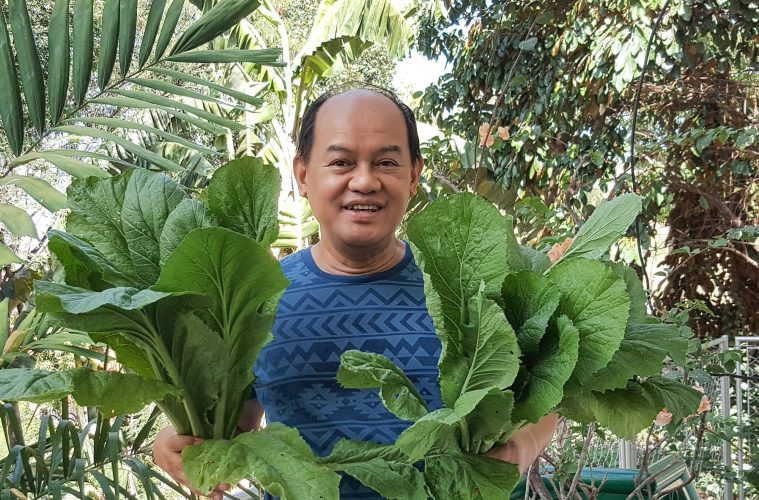 Randy Maranan, a retired executive of BPI, is also a backyard gardener from San Pedro, Laguna.

Randy Maranan, 62, a former executive of the Bank of the Philippine Islands (BPI), grows food in his backyard garden in San Pedro, Laguna.

This longtime hobbyist was influenced by his late father who taught him the basics of backyard gardening at a young age. After his retirement in 2019, he devoted more time to this hobby. 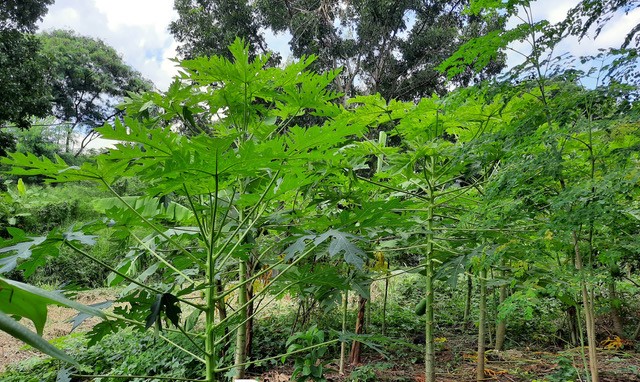 He visits the garden every morning to prune, weed, check any signs of infestation, and plant new seeds. He comes back in the afternoon to water the plants that need to be hydrated.

He only cultivates crops for personal consumption since he has limited growing space. Excess harvests are shared with neighbors and relatives. 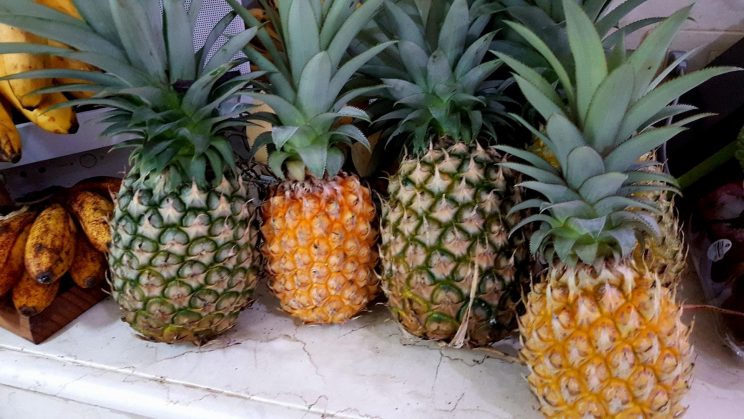 Maranan’s edible garden has also faced pest infestation and failures in plant propagation. While others resort to using harmful insecticides and fertilizers to manage such garden concerns, Maranan prefers to use natural pest repellent and fertilizers like fermented fruit juice (FFJ) and calcium phosphate (calphos). He also uses baking soda to neutralize the soil acidity.

Entry for the heaviest jackfruit in the world

Nine years ago, Maranan planted a jackfruit (Artocarpus heterophyllus) in a vacant lot beside their house. According to the gardener, the jackfruit tree has not been producing much fruit in the past four years. Last July 2021, he discovered that the tree had begun to bear fruits again, but this time, he was surprised by humongous jackfruits whose sizes were bigger than the average. 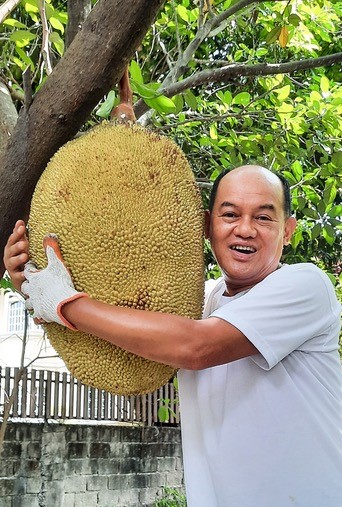 Maranan posing with the jackfruit.

One out of the three jackfruits he harvested weighs 49.7, prompting him to submit an application in the Guinness World Records under the world’s heaviest jackfruit category. 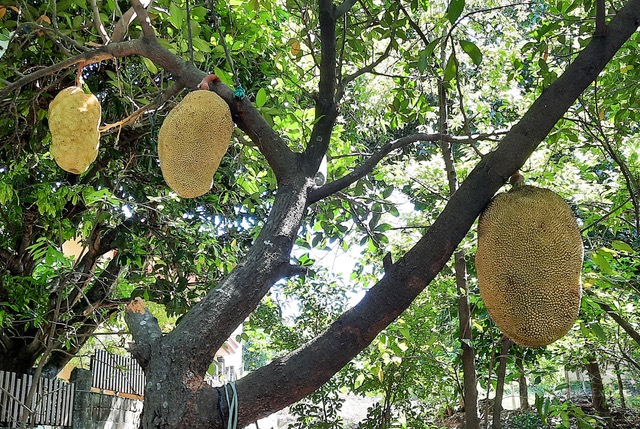 This jackfruit tree is planted separately in a vacant lot next to their house. Since there are several empty lots around his house, Maranan makes some of them productive by planting crops on them.

Maranan notes that there are no secrets in producing giant jackfruits. As long as the tree is nurtured when it starts bearing fruits, growing them that big is possible. Maranan added that young jackfruits must be covered with sacks to protect them from pests and diseases.