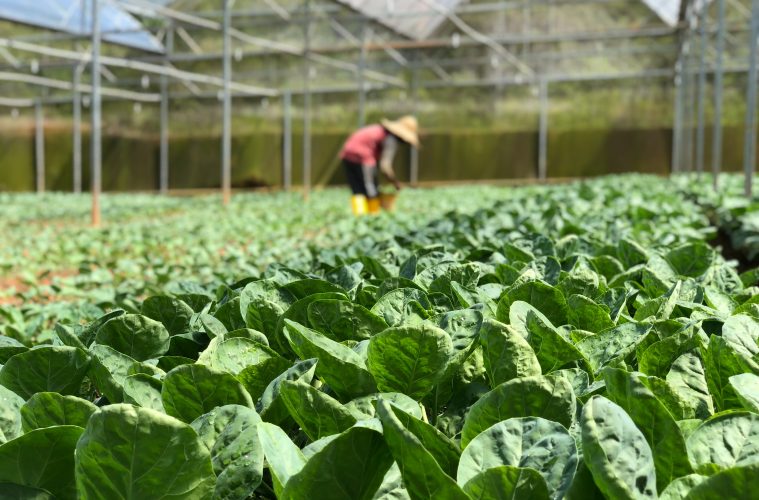 As we enter another two weeks of lockdown, the two biggest concerns people have are making money and food. Actually, even the “making money” part is ultimately so they can buy food.

If this pandemic has highlighted anything, it is that food is important, and that access to nutritious meals is not just a basic human right, but essential to a thriving society.

And yet, despite this constant reminder, farmers remain marginalized, and access to food remains difficult for a lot of people, including the urban poor.

Hunger starts in the fields

According to a Social Weather Stations survey last September 2020, 30.7 per cent or “more than 7 million Filipino households have experienced involuntary hunger at least once in the past three months,” surpassing the previous peak of 23.8 percent in March 2012.

And though the agriculture industry managed to grow by 0.5 percent in the second quarter of 2020, it eventually fell by 1.2 percent by the end of the year.

Everyone knows that old farmers are getting older, and that there aren’t enough young people going into the industry. The prevailing notion is that the age of the average Filipino farmer is 57. But do a little digging and you’ll find that 57 has been the base age since at least 2017, though there are studies that cite the same age as far back as 2013. So now, the average age of the Filipino farmer is 65.

There’s a focus on high value crops but not enough support for other areas like ornamentals, which you can’t eat but can help drive up the country’s overall GDP. And there’s also a reliance on importation, which may benefit the consumer in the short term but puts farmers at risk and over time may add to the country’s already growing inability to feed itself.

Added to that the negative impact factors like the pandemic and African Swine Fever (ASF) has had on local crop and livestock production. Just last Aug 4, 2021, Agriculture Secretary William Dar announced the downgrading of the farm sector’s growth target for the year from 2.5% to 2% precisely because of these two setbacks.

Growth is possible, but it’s slow. Too slow.

There is no fast, simple solution

It’s easy to say that we need to find better ways to feed our citizens, but if the solution were as easy as making such a statement, food and agriculture problems wouldn’t be dominating the news.

Some small-scale consumer solutions are well known: Some people have taken up growing their own food during lockdown. For a short time, citizen pantries were formed, but these were shut down. There has been a thrust toward buying local, and buying from organizations that claim to pay farmers fairly. Some, but not enough, have started asking about why farmers earn so little despite doing a lot of work, and others have taken the next step and have begun demanding proper remuneration for those that toil in the fields.

On the industry side, the pandemic has encouraged some people to start farming, usually because they’ve lost their jobs or because they want to leave the city for a safer place. Smallholder farmers, meanwhile, are continuously being encouraged to band together in cooperatives under the Farming and Fisheries Clustering Consolidation Program (F2C2) to better gain access to government programs and achieve economies of scale.

But there is still much to be done. A lot of problems have to do with a lack of modern machinery and basic infrastructure like farm to market roads, but there are also systemic problems where “solutions” will involve untangling decades of power balances that include access to land and water, two of the most important aspects of agriculture and two important factors to a smallholder farmer’s success. It’s not just an industry problem, but a societal one, one that not a lot of people are willing to acknowledge, much less even attempt to unravel.

A hungry nation cannot be a thriving nation

As we move across the third quarter of the second pandemic year, let us once again be reminded of the need to demand genuine reforms for our agriculture industry, particularly for the farmers who live in poverty. We also need to address how to feed all Filipinos properly, in a nutritious, delicious, culturally appropriate context.

I’m sad to say I don’t know the answer to this (if I did, I wouldn’t need to be writing this), but maybe someone reading this column might. All I know is that we need to stop relying on quick fixes, because those never work long term.

Hunger and malnutrition are hindrances to national growth. When you are constantly worried about where to get your next meal, you can’t afford to think of anything else.