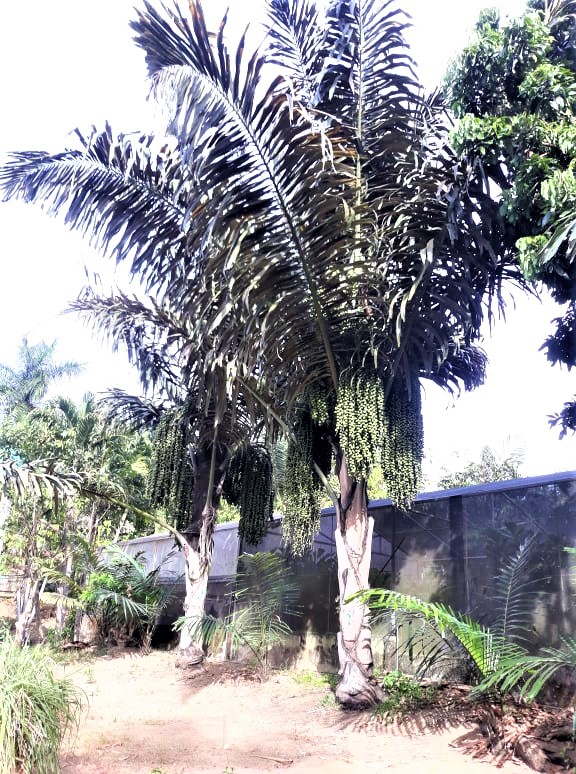 Kaong plant, a medium-sized palm growing up to 20 meters tall, is rampantly growing in the tropics and in areas whose elevation is between 100 meters up to 1,400 meters above sea level. It is native to tropical Asia, Eastern India, Malaysia, Indonesia, and the Philippines.

And why kaong as the tree of hope? “Because kaong or sugar palm, scientifically known as Arenga pinnata, like coconut, has so many uses too––where all of its parts and products could be utilized into something good. And, kaong brings a ray of hope to the riparian communities,” say Dr. Lorenzo Lapitan, former CvSU SPRINT Center director. 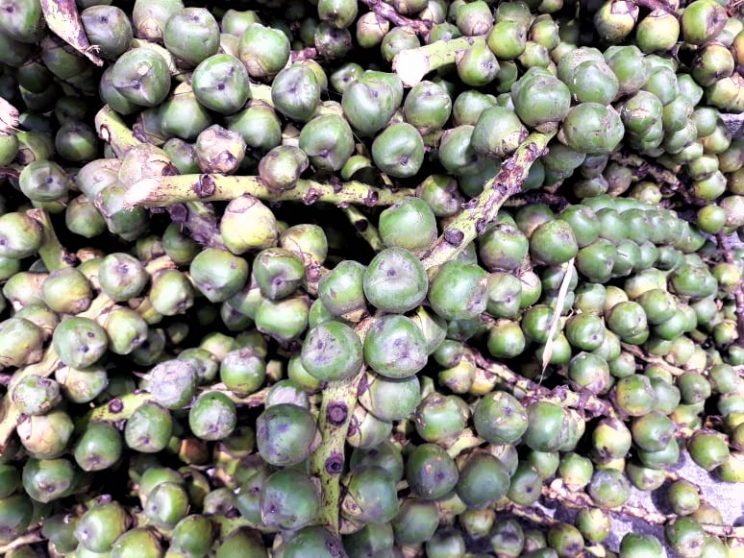 Aside from the advantage of planting kaong in the riverbanks to control soil erosion, it has a lot of uses––both the plants and its parts, as well as its products.

Kaong sap. Kaong fresh sap serve as an organic drink––alcoholic kaong tuba––by elder folks. It is like the tuba from coconut. The sap could also be preserved into fermented vinegar with a superior taste than the vinegar from coconut sap. Likewise, kaong sap could be processed into syrup and sugar. It was reported that kaong organic brown sugar has a low glycemic index, thus, favorable for persons suffering from diabetes.

Kaong fruit. Mature fruits could be harvested and preserved as kaong sweets and served as dessert after a meal. It could also serve as an ingredient for various sweetened foods, especially the well-liked halo-halo and fruit salad.

Kaong leaves. The midribs of the kaong leaves are converted into brooms sticks which become very sturdy sweeping materials.

Kaong wood. The hard outer part of kaong tree could be used for making barrels, flooring, and furniture.

Timber. Trunks and roots of old unproductive kaong trees are transformed into charcoal and could be utilized for cooking.

Indang, Cavite, the home of the main campus of the Cavite State University (CvSU) where the Bachelor of Science in Agriculture (BSA) course is being offered by the College of Agriculture, Food, Environment and Natural Resources (CAFENR), has been accredited Level IV, the highest accreditation level, by the Accrediting Agency of Chartered Colleges and Universities in the Philippines, Inc. (AACCUP).

Likewise, CvSU–CAFENR has been recognized as a Center of Excellence by the Commission on Higher Education (CHED). And lately, CvSU is rated as one of the five best higher education institutions (HEIs) offering agriculture courses in the country. At CvSU, the SPRINT Center has been established to cater to the needs of various stakeholders of kaong.

Meanwhile, Indang––an agritourism and first class municipality––the “Kaong Capital of the Philippines,” is endowed with more than 80 springs that are giving life and vigor to various fruit and forest trees, including kaong, planted in its riverbanks.

Kaong is best suited in the province of Cavite, particularly in the upland town of Indang, where kaong or irok in Tagalog, is either voluntarily growing or purposely being planted in the riverbanks. 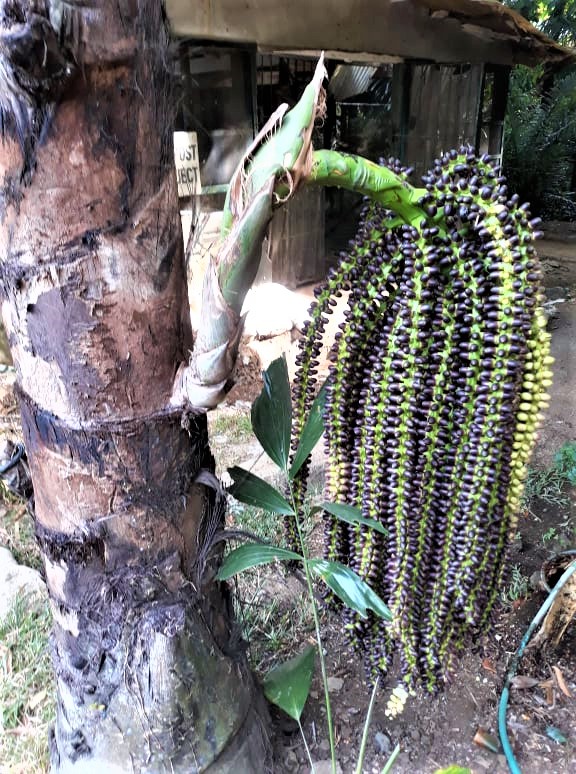 The riverbanks when left unattended will result in denudation due to soil erosion, and consequently, will cause siltation to the rivers down to the seashores, hence, the importance of planting kaong.

1. Harvest ripe fruits, indicated by the yellowing of the outermost part or skin. Otherwise, collect seeds under the canopy of mature palms. The seeds should have no holes which serve as entry of seed borers. Then put the seeds in a pan of water. Discard the seeds that float. Use only the seeds which sink to the bottom because they have high probability of seed germination. Kaong seeds are recalcitrant just like other palms, that is, they easily loss viability when dried to a critical level;

2. Extract the seeds by pressing on the fruits with the sole of the shoe. Take care in handling the fruit. As in many palms, the sap from the fruit can cause severe irritation. Use a stick or glove to collect the seeds;

4. Subject the seeds to pre-germination treatment following the procedures for scarification, warm water treatment or removal of hilum cover.

5. Sow or insert the seeds on a seedbed or in a pot of coarse (sandy) medium. The depth of sowing should be about the thickness of the seeds;

6. Prick the seedlings before the leaves open and transfer into a potting container. Plastic bags with sizes ranging from 6 in. x 8 in. to 8 in. x 11 in. can be used. Puncture the sides close to the bottom and insert the corners.

Use sandy loam soil as potting medium or mix clayey soil with river sand at 2:1 ratio by volume. Fill the pot up to about a half-inch below the rim. This unfilled portion will serve as a water trap.

7. Pile the potting containers by block with a width of around 70 cm (27.5 in). This will accommodate 5-7 pots, depending on size. Provide vacant space between blocks to serve as an alley. Where a wheelbarrow is intended to be used, the alley should have a width of about 1 meter;

9. Water the plants regularly; and

10. Harden the seedlings in preparation for out-planting. Hardening is the process of acclimatizing the plants to the prevailing field conditions. It is done to minimize stress and thus improve the survival rate of the seedlings when they are transplanted to the field. The process of hardening involves gradual exposure to full sun and reduced watering.