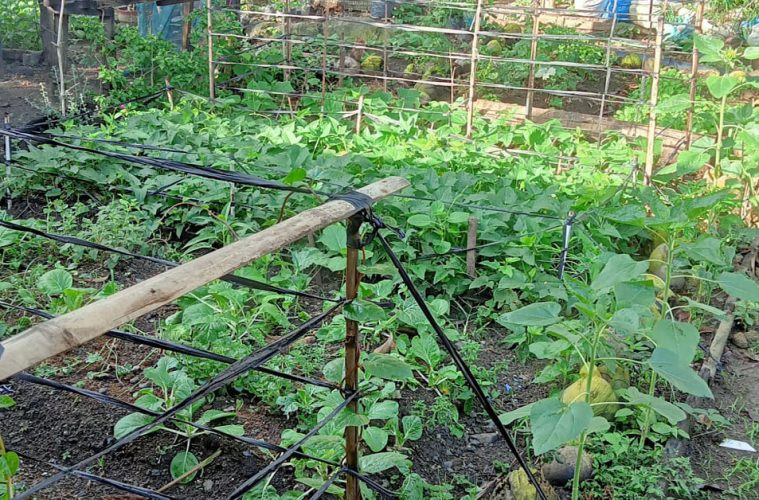 According to the United Nations Children’s Rights and Emergency Relief Organization, there are 1.8 million “abandoned and neglected” children in the Philippines. Elders may also experience the same negative treatment, but as per the World Health Organization (WHO), data on the subject is hardly made available due to limited research and the failure or inability of victims to report their cases.

Fortunately, some people are willing to lower the number of abandoned children and elderly in the country by offering them a place to stay. Examples of these are orphanages, homes for the aged, and the homes of individuals willing to adopt.

One example of the latter is the family of Edmer F. Barbudo, an administrator at the Beatitudes Technological and Theological College Foundation in Cavite.

“My parents bought a property 11 years ago to build a shelter for abandoned elderly and children,” Barbudo shared.

Unfortunately, they ran out of funds two years after the initial construction. In the meantime, the property is being used as a family farm where they plant fruit-bearing trees and raise different kinds of animals. 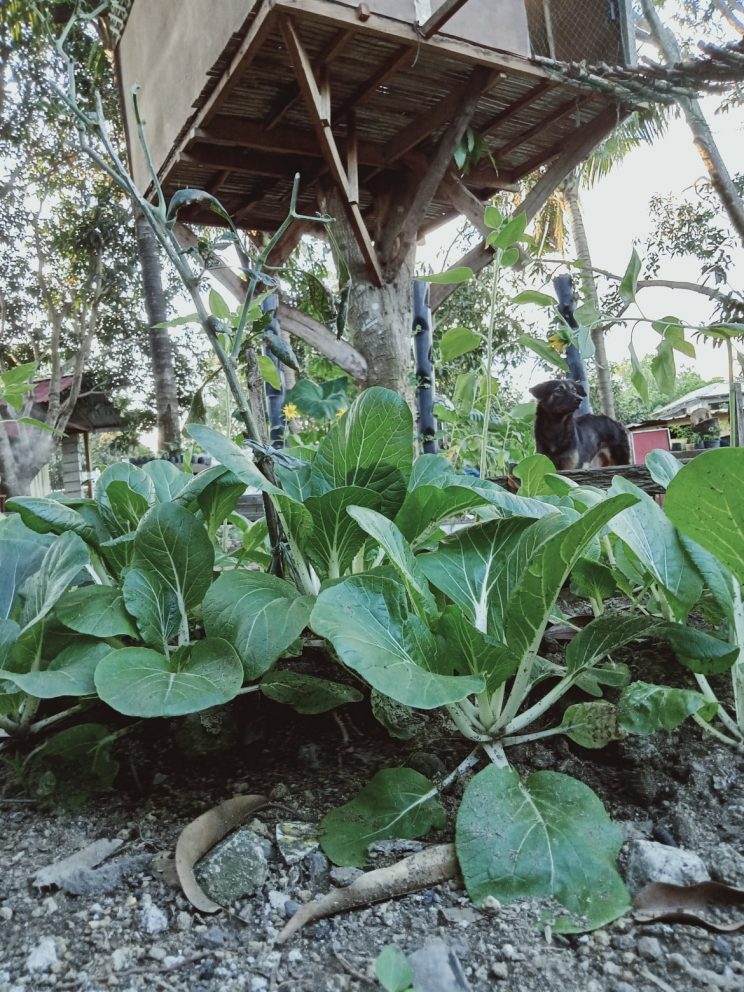 Due to insufficient funds, the property that Barbudo’s parents bought has been converted into a family farm.

Barbudo said that his interest in agriculture is something that he inherited from his mother, Merlita Barbudo. His mother and her siblings were raised in the province of Negros Occidental where they learned how to plant and grow their food. Now, she does it on their family farm.

“Our first project on the farm was mushroom cultivation. Shortly after that, we started to plant fruit-bearing trees then moved on to raising native pigs, native chickens, and ducks. We started with what we know,” Barbudo said.

Soon, the entire family fell in love with farming so much that they started going to seminars and farming expos where they took every chance and opportunity to grow and learn.

It wasn’t long after the death of Barbudo’s father and the onset of the pandemic that he officially named their family farm after his mother.

“Those were challenging times and Merlita’s Family Farm is my way of showing love and respect to a woman whose strength and bravery deserve recognition and appreciation,” he said. 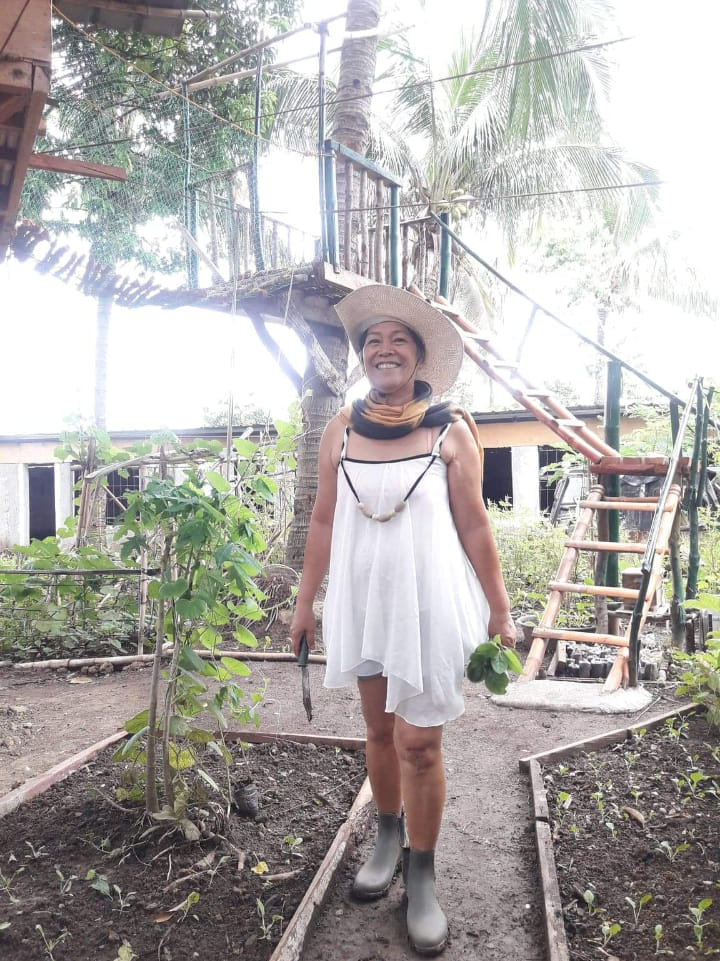 As a tribute to his mother, Barbudo named the family farm after her.

Realizing the value of farming

With all the farming knowledge and experience that they’ve gained as a family, Barbudo realized the importance of farming. The pandemic helped solidify this understanding and prompted Barbudo to share the relevance of growing and cultivating food, especially during uncertain times.

“I want to teach what my family and I learned about farming to our community. That’s why the family farm recently became an Agricultural Training Institute Accredited Learning Site (ATI-ALS),” he said.

And thanks to what Barbudo and his family learned from ATI, Merlita’s Family Farm also boasts of native stingless bees and Azolla which helps in their farm’s operations. 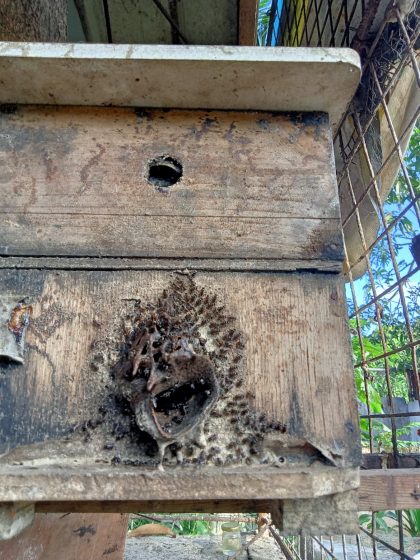 Native stingless bees help pollinate the plants on the farm. 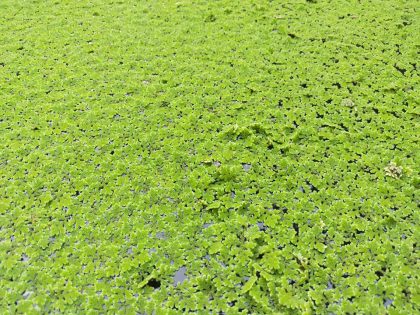 Barbudo shared that the bees help in pollinating the plants and the Azolla keeps their livestock, such as chickens, ducks, and shark catfishes, fed.

Apart from raising poultry and shark catfishes, rabbits are also a dominant element in Merlita’s Family Farm. Barbudo shares that he decided to raise rabbits for four reasons.

The first reason is that his wife wanted rabbits on their farm. Second, he is aware that rabbit manure can be used as organic fertilizer while rabbit urine can function as both an organic fertilizer and pesticide as long as they’re properly processed.

Barbudo also said that the third reason why they ventured into rabbit raising is that it’s a good alternative to pork and other regularly consumed meat. And the fourth reason is that rabbits can quickly generate income for their farm.

Over the last two months, they were able to sell 30 kits or baby rabbits. By the following month, they’re expecting to sell 36 kits.

“There is a discussion among fellow rabbit raisers regarding a collaboration to introduce rabbit meat to the general public. We consider supply and demand, price objections, and whether people can get rid of the taboo against eating rabbit meat,” he said.

With the help and support from the national government or even from local government units, Barbudo hopes that these issues can be resolved thus creating a potential market for rabbit meat in the Philippines.

Barbudo’s parents originally bought a property to serve as a shelter for abandoned children and elders. But due to insufficient funds, they transformed the area into a family 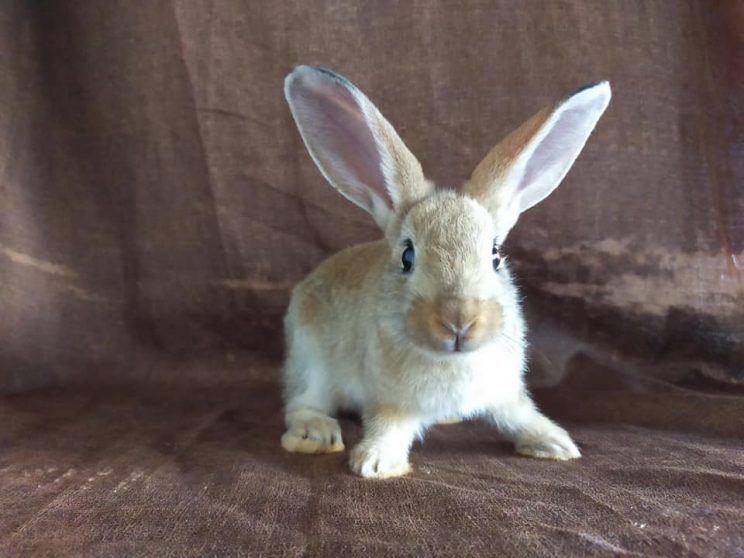 Rabbits are also raised on the farm since these generate income quickly and can serve as an alternative to commonly consumed meat products.

farm for the time being.

“There are plenty of reasons why I enjoy farming. I can live a simple life while planting, growing, and harvesting my food. It’s very humbling and empowering,” Barbudo said.

He added that if done properly, he can share what he knows about farming with his community and other aspiring farmers, in a way fulfilling his family’s goal of being in service to those in need.

And the best part is that he gets to do what he loves with the people he loves because, after all, they’re running a family farm.