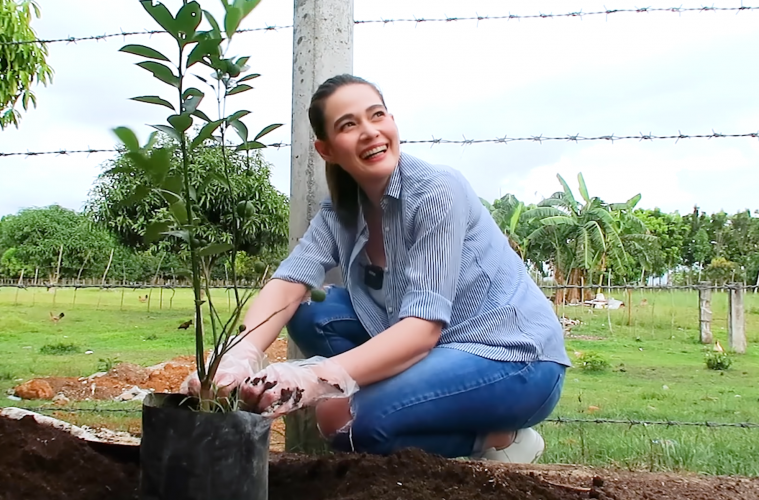 Somewhere in Zambales lies Beati Firma, more popularly known as Bea Alonzo’s farm, that has been with the Alonzo family for 10 years already.

In Alonzo’s first farm vlog, she introduced Beati Firma to her viewers as she gave them a virtual tour of the property for the first time.

In her two recent farm episodes, Alonzo performed several farm tasks under the supervision of her mother. They also shared a few farm updates since the farm is still a work in progress.

The celebrity farm owner transplanted two calamansi trees into the ground and watered them afterward. She then fed the cows with darak or rice bran. 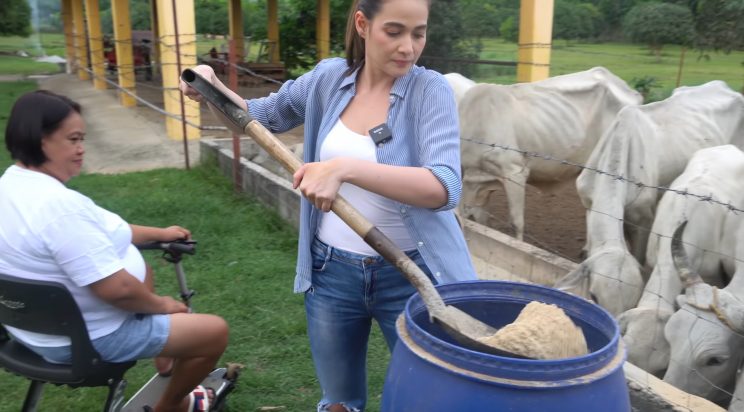 While Bea performed the tasks, Alonzo’s mother asked if she could live on the farm for good, the actress answered that while it is possible, it might be hard given that there’s no signal in most areas of Beati Firma.

They also picked and ate mangoes along the way.

Her mother, who oversees the farm operations, plans to sow coconut trees and transfer the banana trees currently located in the area to give way to the tree of life.

Two of their pigs, which were also shown in the previous episode, are pregnant.

On another day, Alonzo visited “Hardin ni Mary,” her mother’s veggie patch, where they grow crops like sitaw, talong, okra, and corn. 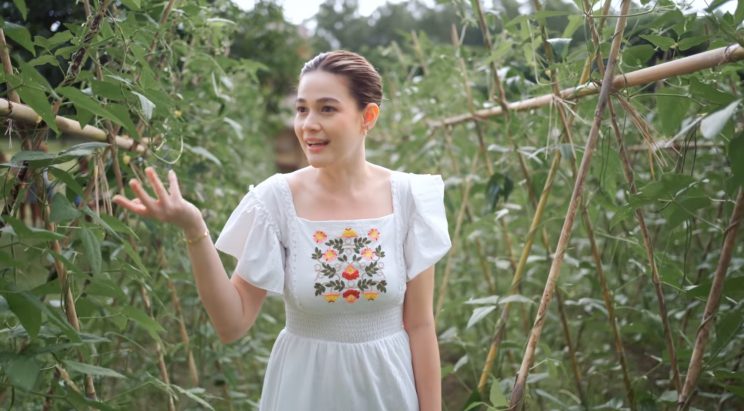 Bea Alonzo roams around her farm as she harvests veggies and feeds cows. (Photo screen captured from Alonzo’s vlog.)

The garden has a bamboo trellis so the climbing plants have something to crawl on to and to protect the fruits from getting consumed by pests.

The farm manager Dhoy said that they were able to grow sitaw and eggplants in one and a half months. They put plastic mulch on the eggplants to prevent the growth of weeds.

Alonzo added that apart from the savings, growing vegetables helps her PWD mother stay active and improve her mental health.

Towards the end of the vlog, the farm was, according to Alonzo, blessed and nourished with rainwater.

Watch the two recent farm episodes: a visit to the vegetable garden and a day on the farm with her mother.