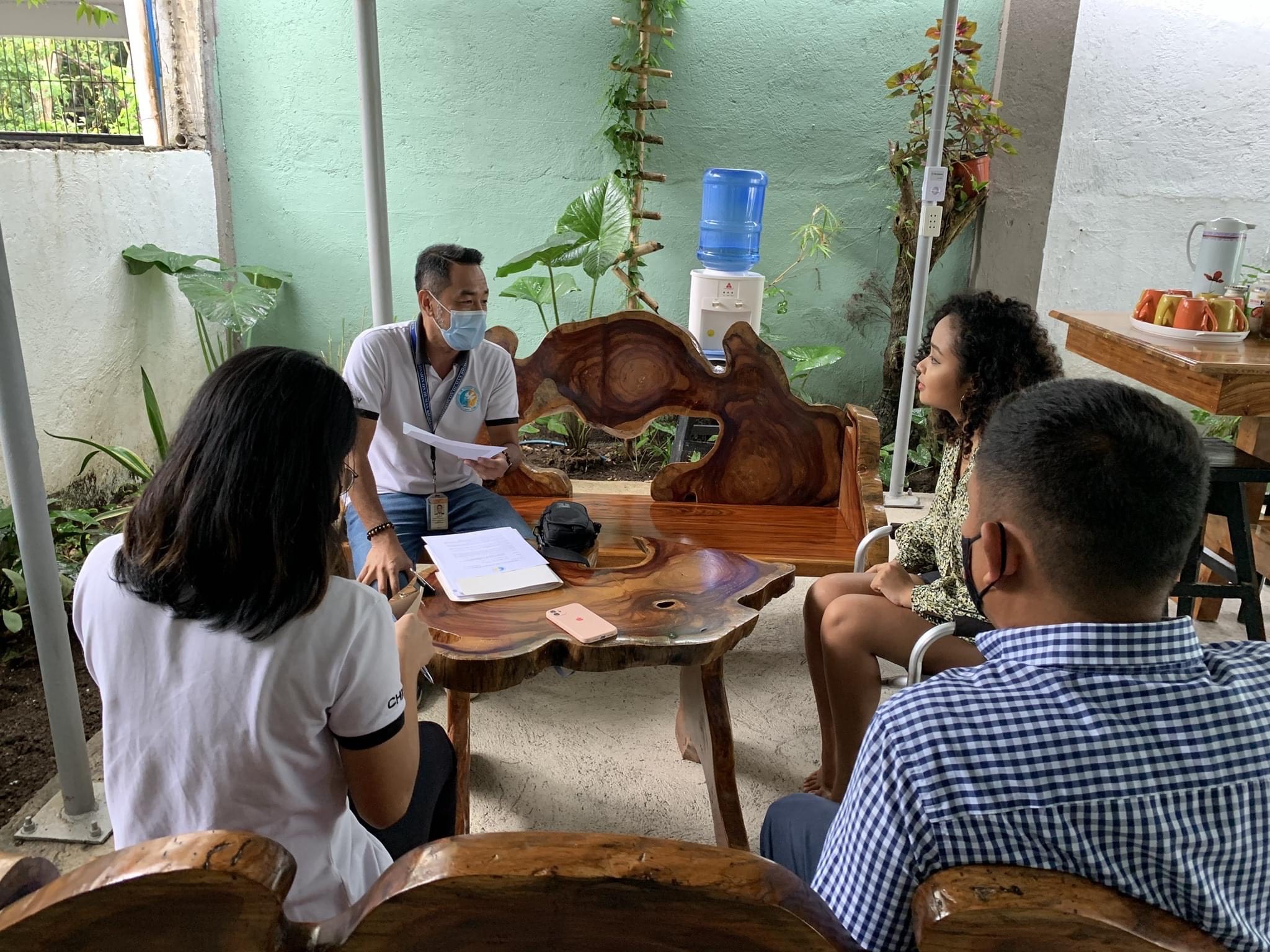 After several exchanges of their experiences on social media over the past few days, Louise Mabulo, the founder of the Cacao Project, shares an update regarding the controversy related to the Israeli vlogger, Nuseir Yassin or Nas Daily.

It started after Mabulo called out the social media influencer regarding his negative attitude towards the Filipino farmers during their first encounter way back in 2019.

Read: The Cacao Project’s Louise Mabulo shares her past experience with Nas Daily

They met to supposedly cover Mabulo’s Cacao Project on his channel. But this didn’t happen after Nas Daily claimed that the said project is a “fake story,” which Mabulo denied in one of her posts.

Read: Vlogger behind Nas Daily speaks up again against the Cacao Project

This issue, according to Mabulo, has put the Philippine agriculture in the spotlight. Mabulo said in a video she previously released, “I just want to say that, thanks to you, there has been a lot of spotlight now on agriculture and the importance of our farmers and how we can build better support systems for our farmers here in the Philippines.”

Recently, Mabulo had a meeting with the Commission on Human Rights Region V to officially investigate the issue of the “alleged exploitation of a foreign vlogger to an entrepreneur helping farmers in Camarines Sur.” 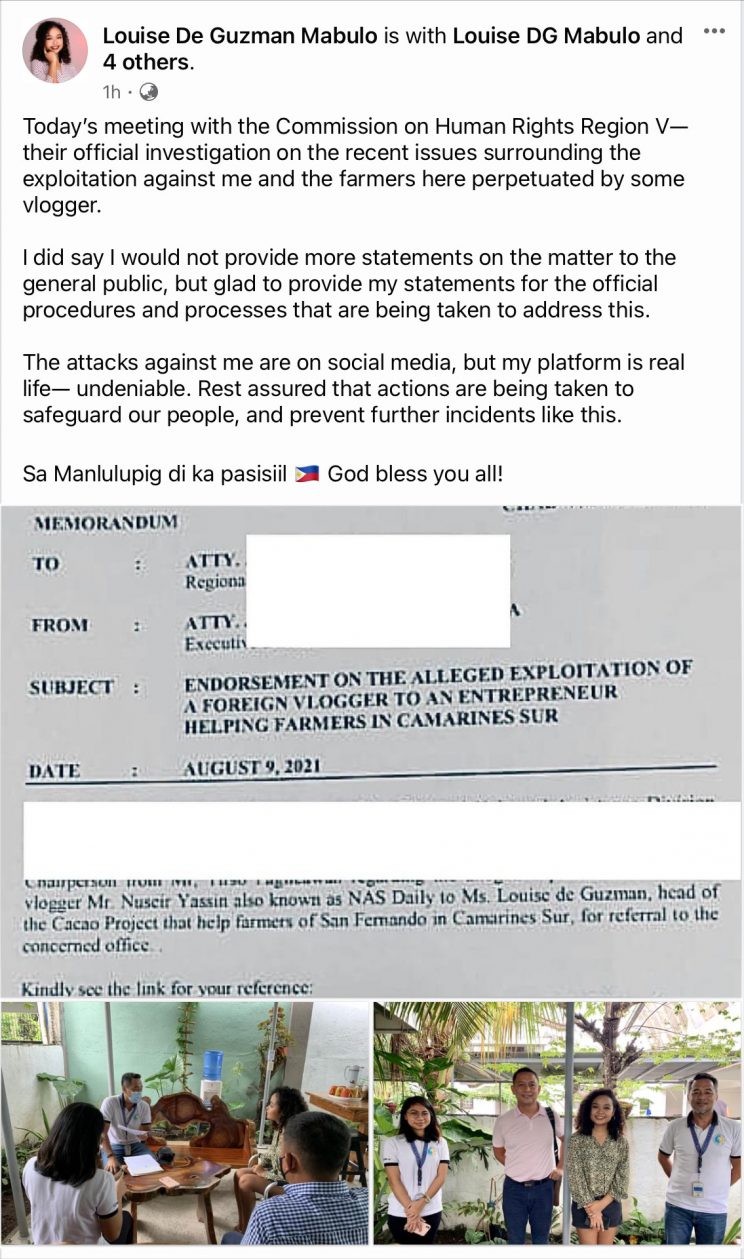 In her Facebook post, she wrote, “I did say I would not provide more statements on the matter to the general public, but glad to provide my statements for the official procedures and processes that are being taken to address this.” 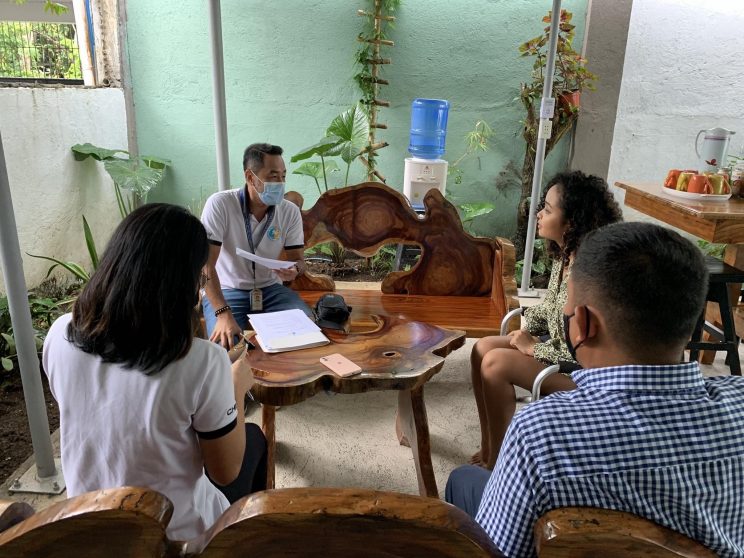 She went on saying, “The attacks against me are on social media, but my platform is real life— undeniable. Rest assured that actions are being taken to safeguard our people, and prevent further incidents like this.”