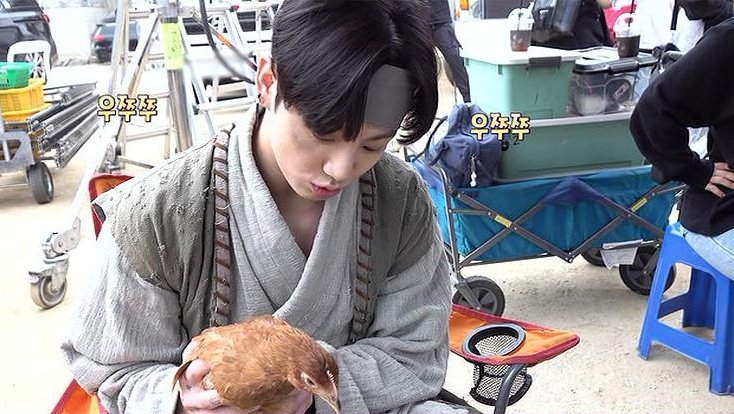 BTS Jungkook with a chicken on the set Daechwita. (Photo from BTS Memories of 2020)

Jeon Jung-kook, better known as Jungkook, is a South Korean singer and songwriter. He is the youngest member of BTS which has adoring fans from around the world.

But aside from his singing and dancing skills, Jungkook also has another talent that earned him the moniker “chicken whisperer.”

During the filming for the music video for “Daechwita,” he found a chicken and played with it until it fell asleep in his hands. Being the warm, caring person that his fans know him for, Jungkook worried about what to do with the chicken as he didn’t want to disturb it. 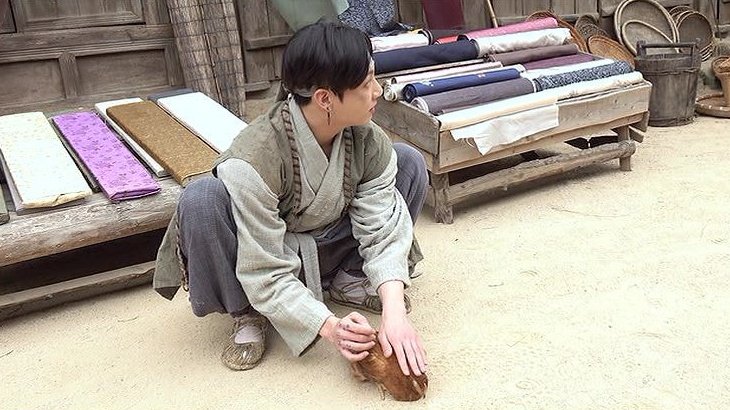 Jungkook was seen petting the chicken throughout the shoot.

Throughout the shoot, people on the set noticed how the BTS star would keep the chicken close to him and keep coming back to pet it. And that’s not Jungkook’s only brush with chickens.

Back in 2016, Jungkook was recorded to be imitating a chicken and playfighting with it in between takes during a shoot. But with the recent clip from the set of “Daechwita,” fans saw the softer side of Jungkook towards chickens as he melted his fans’ hearts everywhere while he petted the chicken softly. Some even joked that the BTS member finally made peace with the chicken. 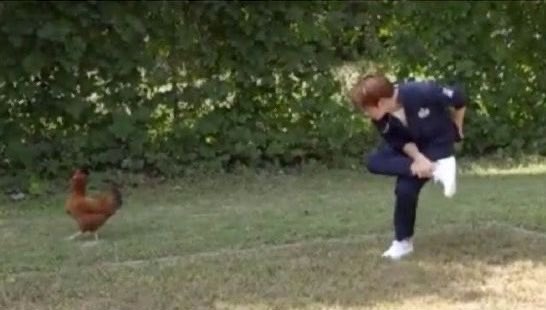 Back in 2016, Jungkook was recorded playfighting and imitating a chicken. (Photo from BTS Memories of 2020)

Jungkook said in a behind-the-scenes clip that his interest in chickens stems from his childhood because he raised some with his grandmother.

“My grandmother is good with animals. She lived in the countryside and you know how we could buy chicks for 500 won? So I got two. And they grew up so big. Those chickens were huge even though they weren’t that healthy as chicks. My grandma is amazing,” he said. 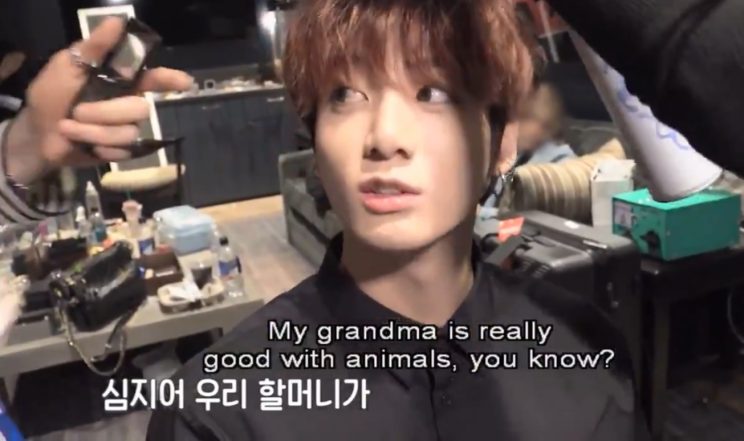 The K-pop star’s fondness for chickens comes from his grandmother.

But Jungkook’s fans aren’t the only ones who realized his power with chickens. His fellow BTS members have also seen how the chicken whisperer works.

For the recent episode of their variety show called “Run BTS” where the members participate in games or activities, they had to find clues and they had a notion that one could be found in a chicken coop. 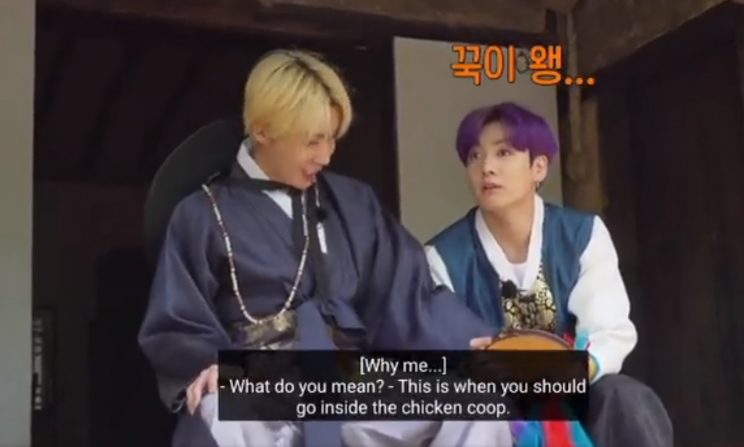 Their natural reaction? Send Jungkook inside. Although he didn’t go inside, he still showed off his passion for chickens by imitating their sounds to attract them.

Even though it’s been years since Jungkook raised chickens with his grandmother, his experience still stuck with him and adds to his charm as a world-famous K-pop star.