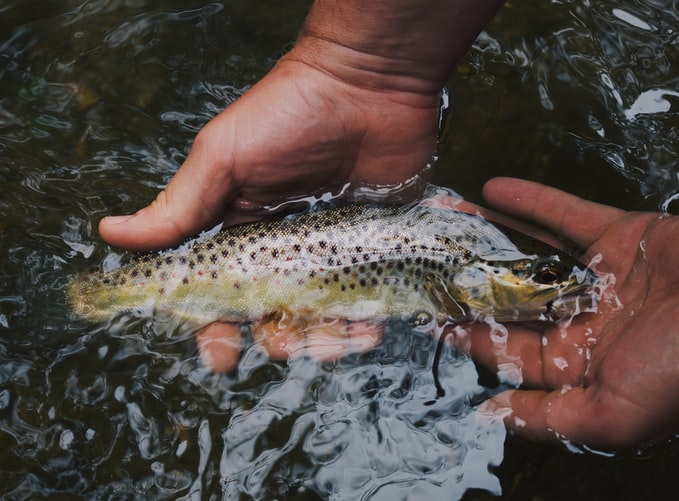 Photo by Hunter Brumels from Unsplash

Humans can metabolize a good portion of the drugs they’ve consumed. But the drugs that aren’t metabolized can come out of people’s urine and end up in our waterways because sewage treatment plants aren’t designed to filter drugs out.

To fully understand how trace amounts of drugs in the water affect fish populations, a team of behavioral ecologists focused on the stimulant methamphetamine and its impact on brown trout.

They started by examining two groups that consist of 40 fish each, which they placed into two separate holding tanks. One tank was given 1 microgram per liter of the drug while the other had the same water conditions in freshwater rivers that had no traces of methamphetamine.

After spending eight weeks in their respective tanks, the fish were transferred into a shared freshwater environment. The researchers later found that the fish exposed to methamphetamine exhibited behavior linked to addiction disorders.

During their first four days out of the laced tank, the exposed fish were less active than the control group. Researchers interpreted this as a sign of anxiety and stress, which were typical symptoms of drug withdrawal in humans.

The fish were later euthanized so the researchers could analyze their bodies and brain tissue. Even after 10 days without exposure to the drug, traces of methamphetamine were found in the trout’s brains.

Through this study, the researchers discovered that the ecological implications of exposing fish to drugs could have adverse effects. This suggests that methamphetamine cravings can hinder natural rewards like foraging or mating, disrupting food chains and the ecology of waterways.