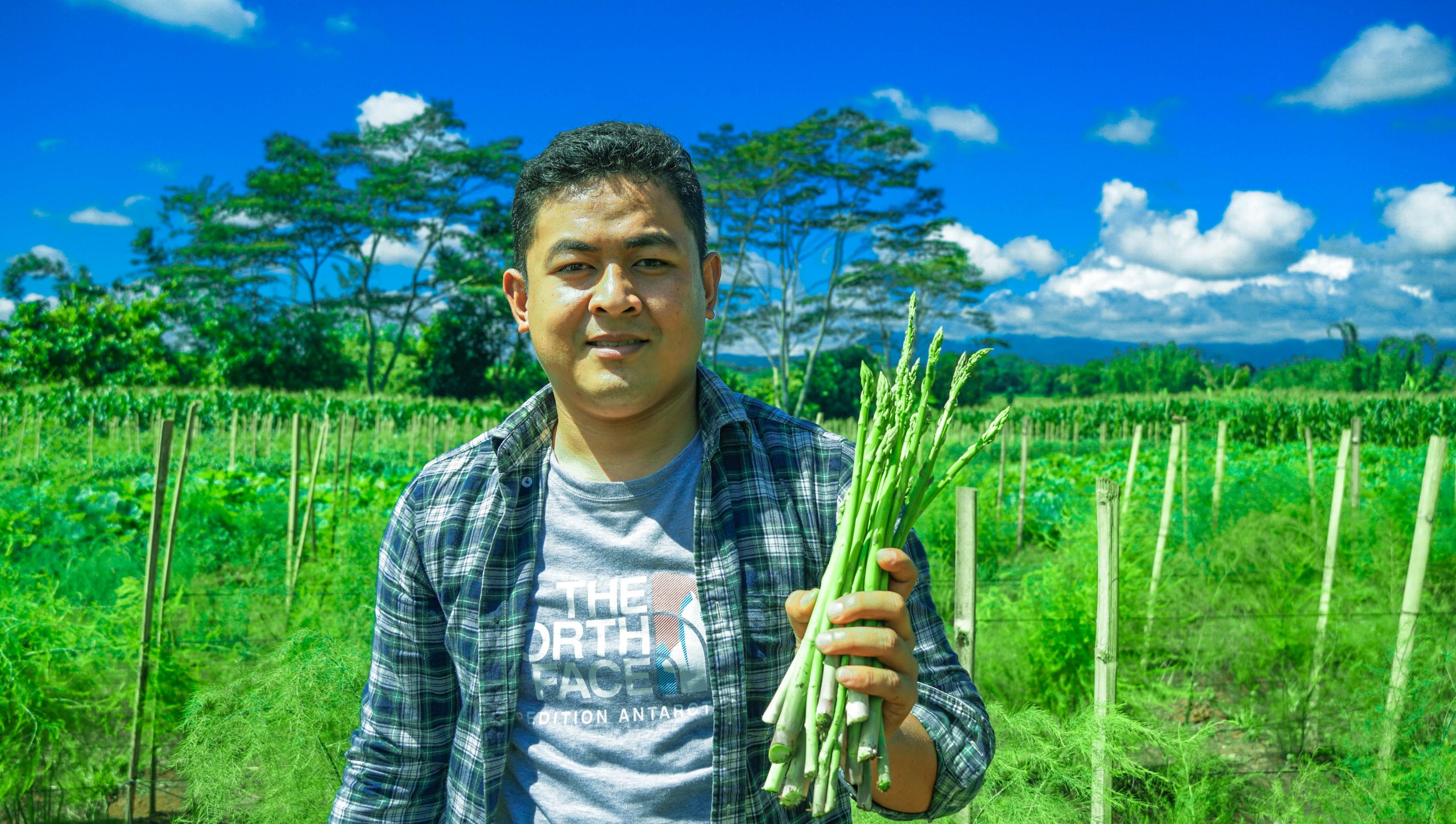 Considering that the human resource base of the agriculture sector is aging and keeps dwindling through the years, one of the major thrusts of the Department of Agriculture (DA) is the provision of support to young Filipino farmers.

Responding to the country’s agricultural challenges and opportunities, the Agricultural Training Institute (ATI) and the Japanese government commit together to work on the Young Filipino Farm Leaders Training Program in Japan (YFFLTPJ).

Richard’s farm which is just a stone’s throw away from their home is 1.7 hectare. The Dadole family have also rented three more areas in the neighboring are intended for growing rice and corn.

The final five were subjected to an 11-month intensive on-farm training under Japanese host families in Japan. The young Filipino trainees were then matched with Japanese foster parents based on the interest and expertise of both the trainees and host farmers.

Two of the young farmer hopefuls emerged victorious as Mr. Richard Dadole of Impasugong, Bukidnon and Mr. Ildefonso Beltran Jr. of Tagoloan, Misamis Oriental were sent to Japan for the on-farm training immersion.

Farm-based education and immersion in Japan

Fresh from his on-farm training immersion in Shizouka prefecture in Japan, I got the chance to conduct a scheduled interview with Mr. Dadole, to which he graciously accommodated.

(Life in Japan is never easy, but I went there because I wanted to widen my knowledge and learn about farming which I can use and apply here in the Philippines, since I am viewed and considered as a model young farmer to other young people and generations to come. Also, we eat thrice a day and it just makes sense that we should produce every day the food we consume), Richard shared in Bisaya. 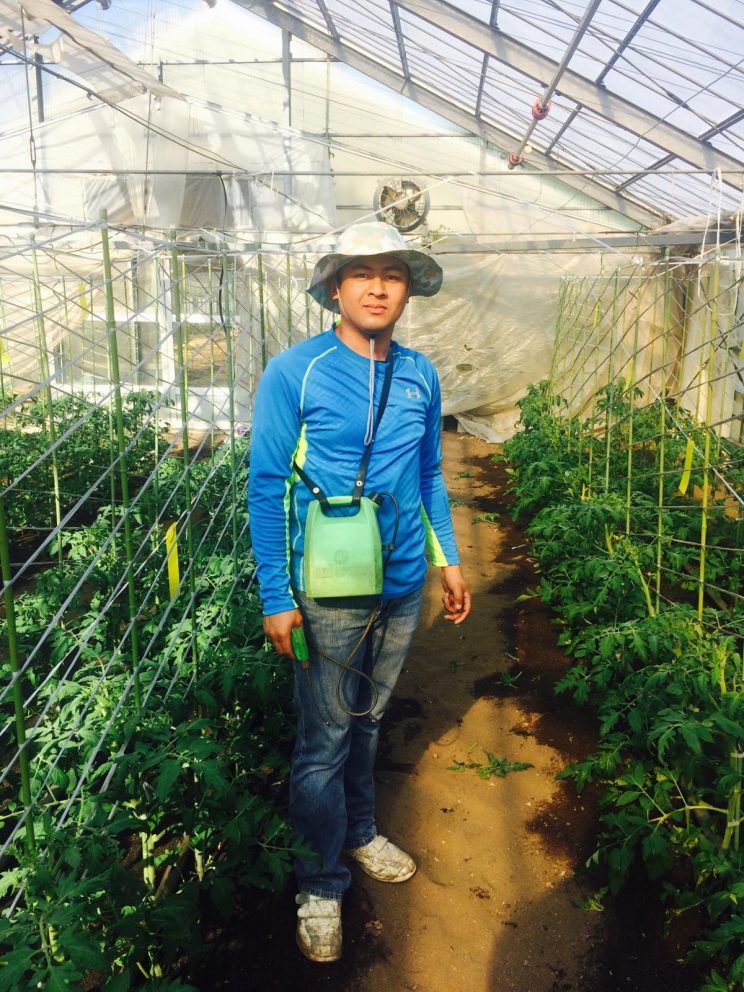 Richard’s business savvy kicked in when he was presented an opportunity to grow some Japanese crops on Philippine soil.

To many, Shizuoka prefecture is best known as home to Mt. Fuji, the national symbol of Japan and a World Heritage site, an honor it shares with neighboring Yamanashi prefecture. Mt. Fuji was a sight to behold for Richard which he enjoyed while still there.

When asked about the farming ways in Japan, he was quick to reply with amazement in his facial expression. “Technology-wise, working there was a revelation because everything is mechanized! There was this area where they just had to program through a computer (or laptop) every three hours to water the crops, which is a great advancement since manual labor is minimized. I also plan to apply hydroponics technology here on our farm.”

“I worked on a 3.9 hectare hydroponics farm, the farm incomes thrice a week, since we harvest thrice a week also. After harvesting, part of my work was to clean the farm produce, pack it and ready the boxes of farm goods for direct delivery to their market. Their best crop is their ginger because it would only take three to four months to grow and it is an expensive commodity there.

“In Japan, their government has an active and participatory role in terms of pricing their farm products. I have also observed that the farm produce is directly brought to their market and each produce is labelled from what farm it came from so that the customers will know about the product since people there put emphasis on quality, not quantity.” Richard furthered.

“Being a trainee there was challenging because, first of all, I am far from my family. It’s a controlled environment since I am a foreigner, but still, It is a good learning experience. Ang akong kaalam nga nakuha sa ila, dili kabayran ug kwarta. (I sometimes go around and see places in my free time since I was given a monthly allowance.) 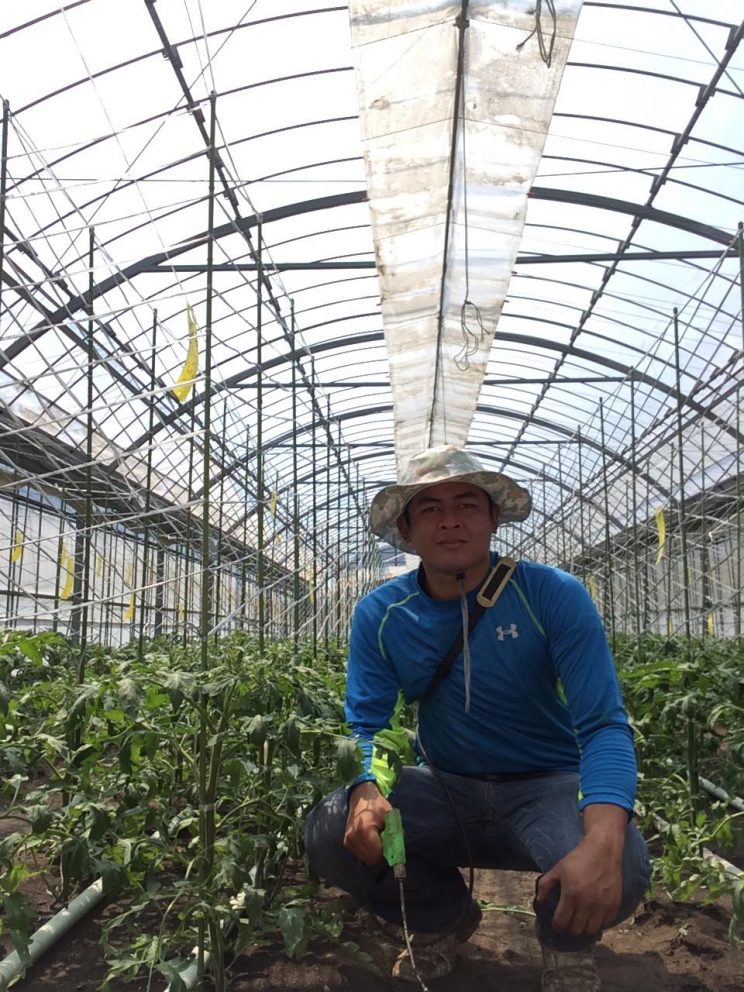 As an agriculture and food-security advocate, Richard has joined two civic-oriented youth movements, namely, the Sangguniang Kabataan (SK) and the 4-H Club of the Philippines. He is dedicated to empower rural-farming communities to be food-secure, healthy and business-minded through an agriculture entrepreneurship, or agripreneurship program.

“The YFFLTPJ is a great platform to learn, meet and collaborate with like-minded peers from all over the world who share the same passion and commitment to advancing agriculture,” he said. “I was extremely thrilled to represent my home country, and I look forward to how we can contribute to find solutions and help feed the planet in a safe and sustainable way.”

“I learned about ATI with my involvement with the 4-H Club of the Philippines through our coordinator Dayana Padilla. I was a Sangguniang Kabataan (SK) kagawad in 2011. And since ATI handles 4-H, that’s the time I have heard of and learned about ATI”, Richard shared.

Richard’s money maker in their farm include shelled sweet corn which normally can fetch 20-30 thousand pesos per hectare after four months.

With numerous entrepreneurship trainings mounted by ATI to which Richard have attended, his
business savvy kicked in when he was presented an opportunity to grow some Japanese crops on Philippine soil.

“During my farm immersion proper, it crossed my mind to bring home some of the seeds like red okra, cherry tomato (the small and the oblong variety), and Edamame beans, all of which grew upon propagating it on our farm. Now, I earn fifty thousand pesos and up on high-value crops and upland vegetables. Add to that my steady gains on shelled sweet corn which normally can fetch 20-30 thousand pesos per hectare after four months.” he said further.

Engaging the youth in farming

As our interview progressed, Richard pointed out that programs on agripreneurship, agriculture technology and farm tourism would encourage and engage the youth to get more involved into farming. 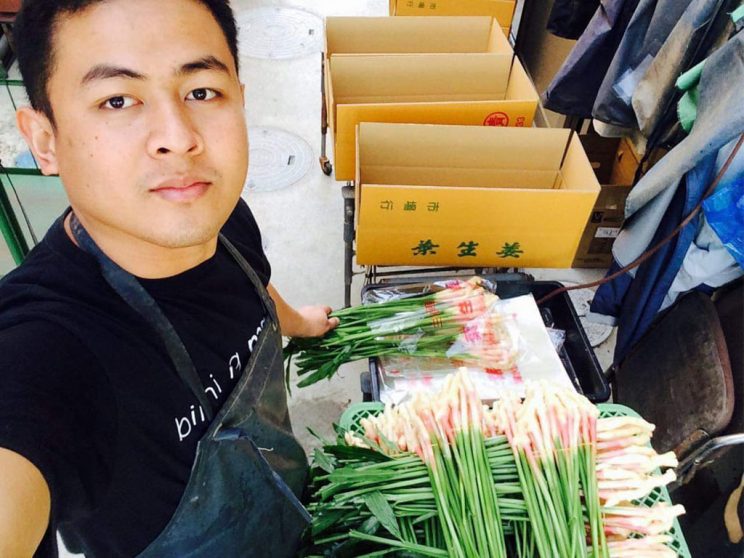 “I was encouraged to farm because in truth, there is money in farming. Most people wait until their retirement to engage in farming, so why not engage early? Also, I want to manage my own time and be my own boss, with no one to boss me round,” Richard Dadole says.

“In Japan, they share the same predicament here because their youth are also not interested in
agriculture and farming, but at least the way they handle their farm is all mechanized. I was the first Filipino trainee there since my farm host normally gets Malaysians or Indonesians.

“Most importantly, the connection of people with the land and agriculture should start at a young age. Integrating agriculture appreciation and experience, in elementary and secondary education, would be a step to engage more young people into farming,” Richard said, adding he considers the Young Filipino Farm Leaders Training Program in Japan (YFFLTPJ) as one great program.

Since the country is in the digital age, Richard cited the importance of technology as a driver to entice and engage the younger generation to go into agriculture. Nevertheless, he emphasized that the farmer be given more importance in developing and enhancing agriculture.

“Yes, technology and social media is of great help to engage the younger generation in agriculture,” he said. “However, it should not be to the extent of devaluing the best resource the sector has: human resources or our farmers. Technology should be a tool to advance agriculture and not replace the human resources/farmers in the field.”

Richard considers his parents, Ricardo and Gerabeth as his role models, for inspiring and motivating him to pursue a passion in agriculture. He added his parents have the heart and goodwill to other farmers in their community. He said she learned the values of humility, hard work and perseverance from them.

“Dealing with a failed farming venture is always a tough challenge for me and I think no one is immune to it. That is every farmer’s worst reality. The best thing to do is to never give up. In farming, just keep on fighting and never surrender.” Richard stressed.

“Our farm here near our home is 1.7 hectare, we have also rented three more areas intended for growing rice and corn. Nagtanom sad mi ug mga gulay para pang kunsumo ug para maka-income mi every week. (We also plant vegetables for consumption, and for us to have a weekly income.)

“We also have a piggery for added income. Way before my involvement with 4-H, I was into farming already since I help around a lot in our farm. I remember when I was still in high school, and since two of my siblings were also in college, it was a difficult and challenging time for us since we were just starting then, so I work part time every weekend and help around other farms. Sometimes, my father would work in other rice fields to gain extra income.” He recalled.

“I was encouraged to farm because in truth, there is money in farming. Most people wait until their retirement to engage in farming, so why not engage early? Also, I want to manage my own time and be my own boss, with no one to boss me around.”

This article was first published in https://ati.da.gov.ph/ati-main.