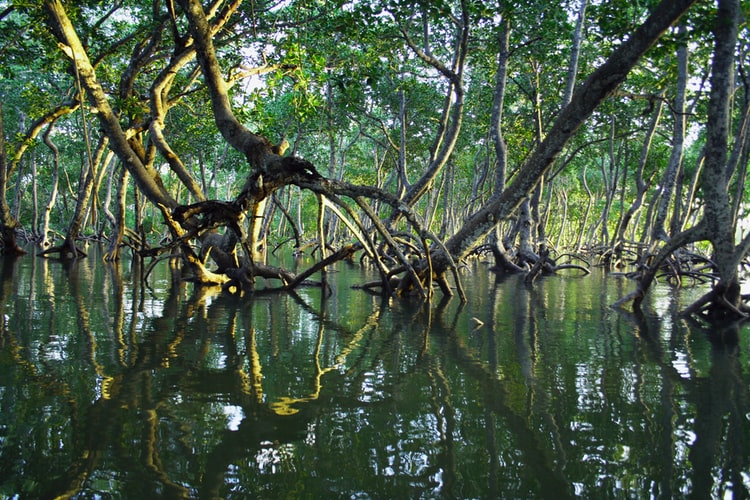 Photo by Timothy K from Unsplash

Many people are familiar with mangroves and their benefits to the environment.  These trees or shrubs are usually planted in coastal areas because their roots help keep soil in place to help prevent flooding and soil erosion. The trees also serve as a home for different kinds of marine life.

(Read about a Leyte resident who planted 10,000 mangroves to protect his home and the soil)

Recently, a college student made a discovery deep in the soil that poses a threat to mangrove trees.

While soil sieving for his soil profiling task where he collects particulate organic matter from his mangrove soil samples, Matthew Vincent Tabilog, a senior college student taking Bachelor of Science in Marine Biology at Siliman University, found pieces of macroplastic. 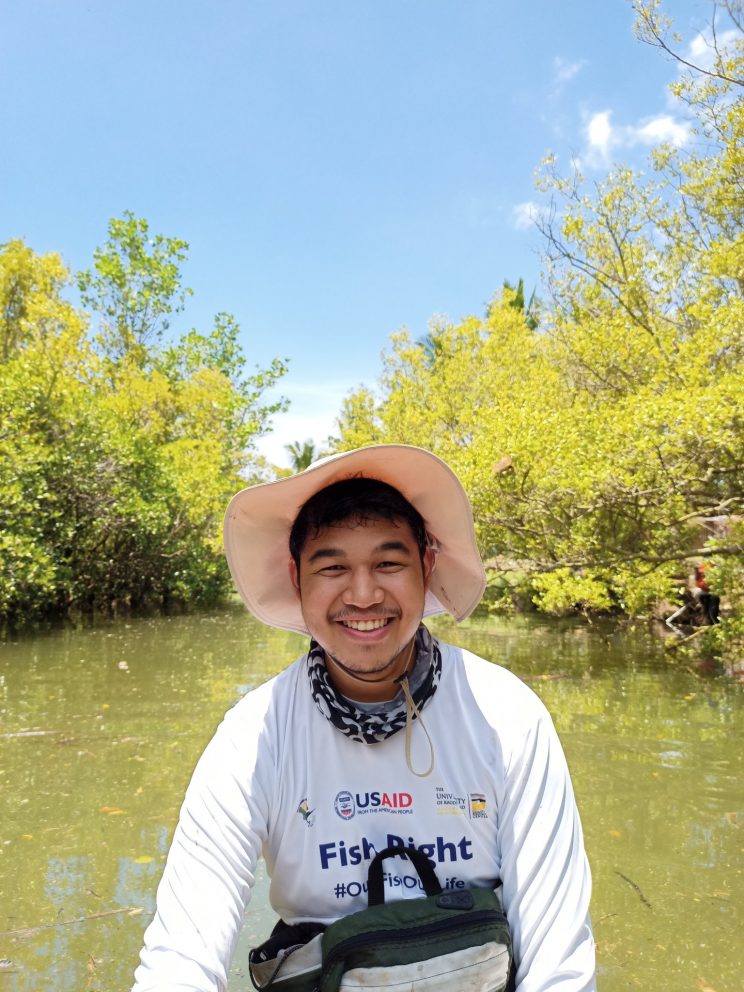 Macroplastics are relatively large particles of plastic found especially in the marine environment. The sample that Tabilog found was extracted 15 to 30 centimeters deep from the mangrove soil.

“While soil sieving, I found pieces of plastic found inside my samples. To think that the plastics that I found were found deep in the ground,” he said. 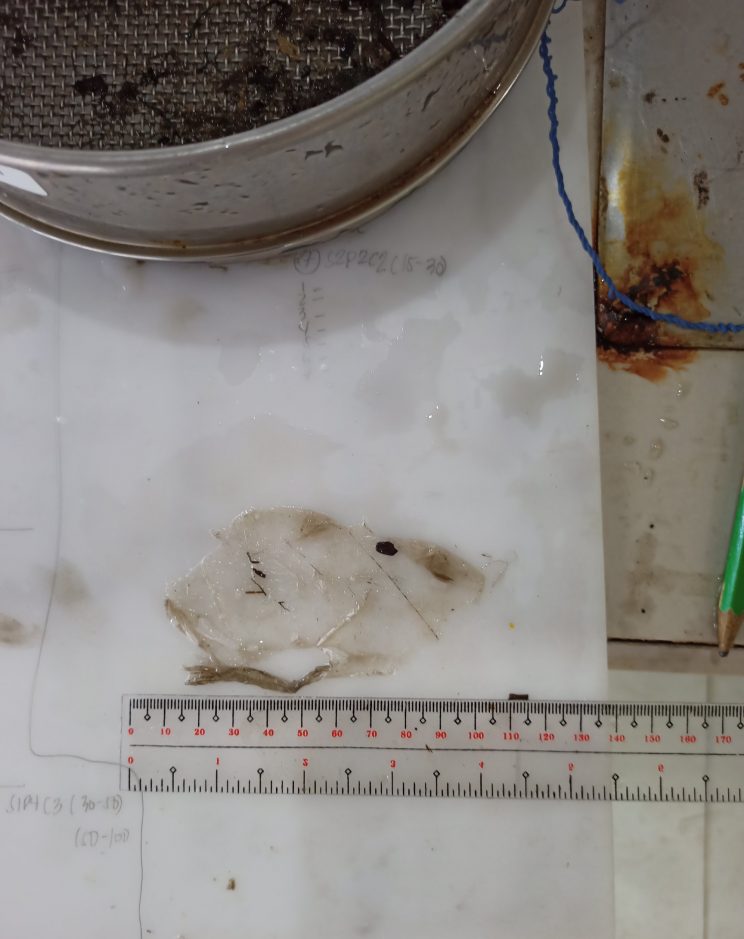 A piece of macroplastic that Matthew Vincent Tabilog found from the soil of a mangrove forest.

He used a soil corer to extract mangrove soils to determine the amount of carbon found in the soil. Tabilog’s work on mangroves includes assessing blue carbon stocks which refer to the carbon stored by mangroves, seagrasses, and tidal salt marshes.

“For the mangroves, most of the carbon stocks are found in the soils because the environment is moist—making it anoxic or it does have limited supplies of oxygen. With this, it has better carbon storage because it allows carbon to be trapped inside for long periods,” the college student said. 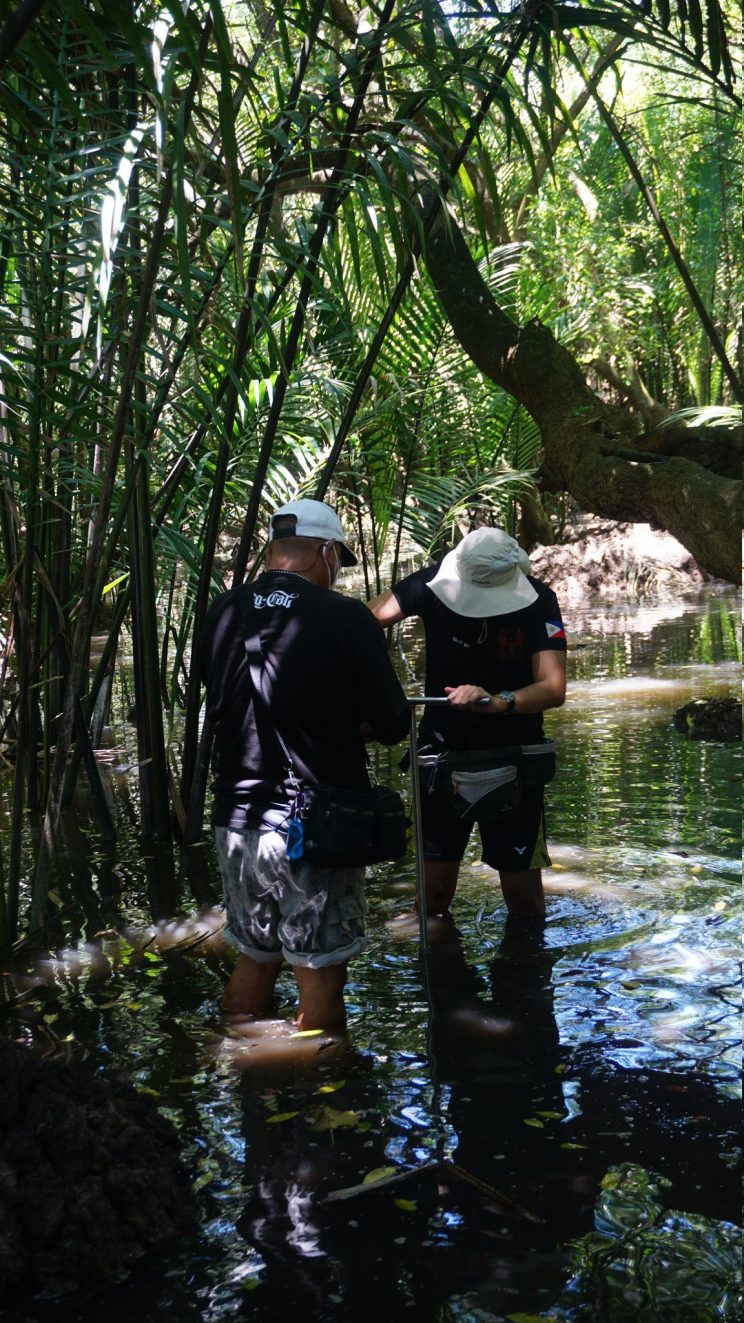 How this affects the environment

Although mangroves have been planted in many areas because experts stress their ability to mitigate climate change and aftereffects of extreme weather, these trees are currently threatened by unsustainable reclamation areas, conversion of mangrove areas to fish ponds, climate change, and plastic pollution.

The pieces of plastic that Tabilog found in the mangroves’ soil is part of a bigger picture where it suggests that there are other pieces of plastic buried deep in the soil that could harm the growth of mangrove trees. 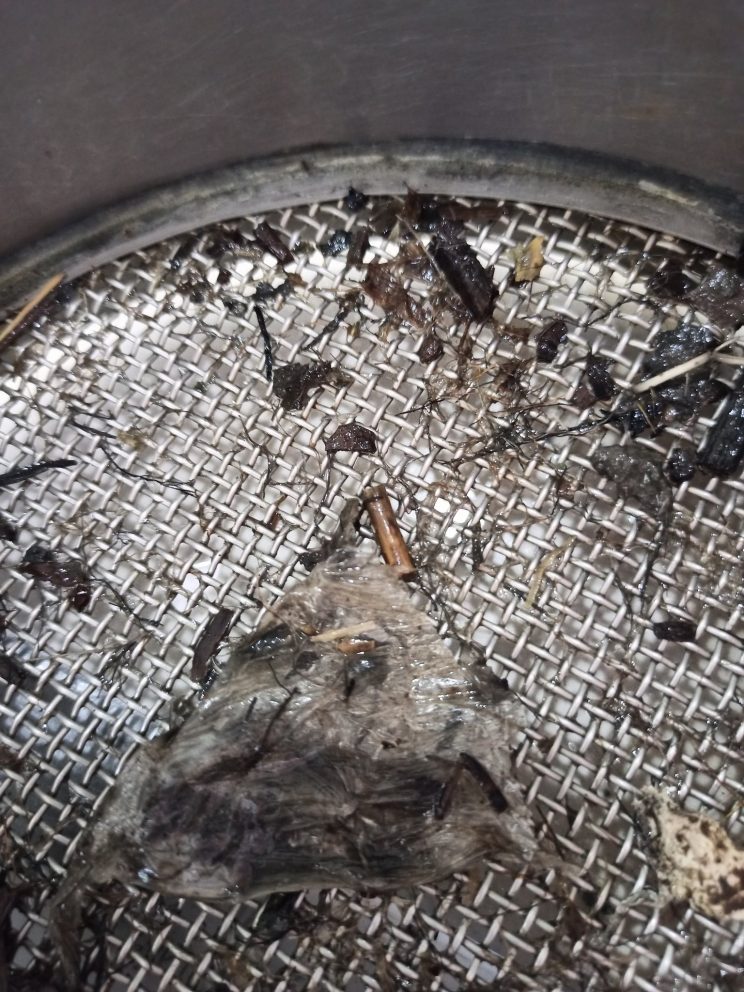 Tabilog found the pieces of plastic while he was sieving the soil for his soil profiling task.

“Mangroves have ‘breathing roots’ for them to adapt to the coastal environment. This allows them to do a gas exchange. Layers of plastics that smother or cover the roots of mangroves can lead to death because it can potentially choke them, making them unavailable to do a gas exchange,” Tabilog said.

He added that since mangroves are important areas where marine life develops, different organisms can potentially ingest the plastics found in the ecosystem.

It has long been since people discovered the purpose of mangroves in the environment and to the ecosystem. Without it, the world’s biodiversity and even human life are threatened by the impact of pollution, global warming, and even extreme weather conditions.

To help protect and conserve mangroves, Tabilog shares three possible steps that people can take to address the problem at hand.

His first suggestion is that unsustainable developments that destroy the mangroves in the country should not be given permits since RA 10654 section 99 states that “it shall be unlawful for any person to convert mangroves into fishponds or for any other purpose.”

As for plastic pollution, Tabilog says that this can be dealt with by having better waste management projects since most of the trash from the sea comes from land-based sources. Most of this trash ends up in the water and is taken to other areas like mangrove forests. Plastics can end up lodged in the trees’ roots and do significant damage.

Mangroves play an important role in protecting people, soil, and marine animals from various threats. But now that they’re at risk because of plastic pollution, it’s time to take the necessary steps and dig deeper into what causes environmental degradation, and solve the problem at its root.