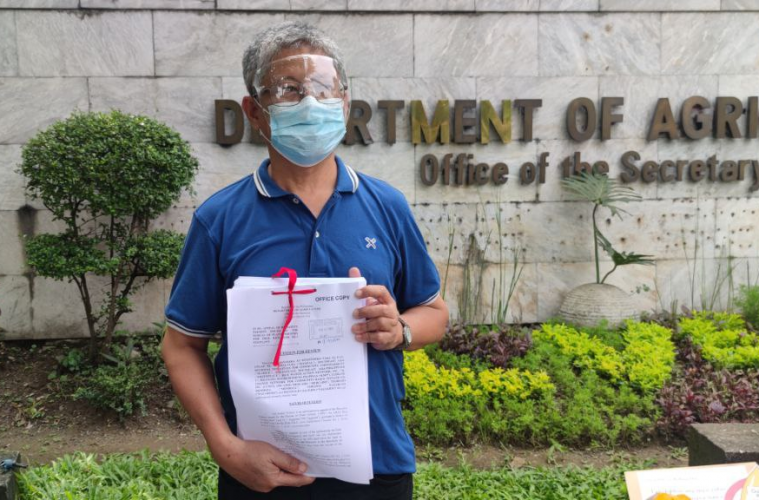 Last July 21, 2021, the Department of Agriculture – Bureau of Plant Industry (DA-BPI) approved the permit for the commercial propagation of GM Golden Rice despite protests and opposition. The said permit allows GM Golden Rice to be planted for commercial production. A few days after, a biosafety permit allowing Bt Eggplant to be used for food, feed and processing was likewise approved, despite the fact that the Supreme Court never overturned its decision in 2015 declaring Bt eggplant hazardous to human health. The biosafety permits of both GM Golden Rice and Bt Eggplant were penned by Director George Culaste.

In the appeal, petitioners argued that the permit for commercial propagation of GM Golden Rice be revoked as the field trials were improperly conducted and that the biosafety permit or direct use as food, feed and processing of GM Golden Rice was issued without prior approval of commercial propagation permit of the said GM rice. Likewise, applications and evaluation/assessment reports were not posted in the DA-BPI online portal, erstwhile, there is no proof that public participation was properly documented.

Opposition to the application concerning health, environmental, socio-economic, and other concerns were also not addressed by the proponents. Additionally, there is no independent review of the applications and no copy of the reports were provided or notified to petitioners who oppose the project. The petitioners also cited the proponents’ claim that the “safety” status of Golden Rice has been approved in US, Australia, New Zealand, and Canada is not correct and out-of-context because Golden Rice is not planted or consumed in those countries.

The group also questioned the issuance of the Bt Eggplant biosafety permit for food, feed and processing given that the Supreme Court already found Bt eggplant as unsafe. The group argued that currently, there is no consensus on the safety and impacts of GMOs, contrary to claims that there are. As such, the petitioners stress that Filipinos will be exposed to biosafety, health, and environmental risks, impacts, and uncertainties without liability and redress safeguards upon eventual release to the environment of Golden Rice and Bt Eggplant by virtue of the permits issued. The petitioners have also cited several studies that show GMOs are harmful to health, environment, and livelihood.

Condemning the approval, MASIPAG National Coordinator Cris Panerio notes, “the billions spent on the Golden Rice project would have been put into better use if it was utilized for genuine support to diverse local production of food. It seems that the hasty approval of the Golden Rice commercial propagation permit is in tandem with the general trend of fast tracked approval and launching of different GM projects and researches being pushed by huge transnational corporations and philanthrocapitalists such as multi-billionaire Bill Gates who are behind the push for further corporatization of the global food systems.”

Likewise, Golden Rice and GM crops introduction are being protested also on the ground. On August 8, online protests, statements were conducted by different farmer organizations, consumer groups, and advocates both local and international led by the Stop Golden Rice! Network.

In a virtual press conference held last Aug 9 2021, Kauswagan Mayor Ronald Arnado stated the stance of the League of Organic Agriculture Municipalities, Cities and Provinces (LOAMCP) against the introduction of Golden Rice. The Hon. Arnado said that “We in LOAMCP and NOAB are absolutely no to GMOs. Instead in LOAMCP we emphasize inclusion in the Family Farms and Municipality-wide Investment Master Plan the integration of very high Vitamin A sources, katulad ng kamote, alugbati, malunggay, and many more… This is the best way for our organization and for all of us to legally institutionalize our approaches and strategies in dealing with the global systemic approach that is the corporate agenda in controlling our food system, especially the health of our children, and disrespecting nature’s processes. We are absolutely against any form of GMOs. There is no way we are going to entertain Golden Rice. As long as LOAMCP exists, as long as NOAB exists, there is no place for it in the country. There’s no way we can tolerate this. We are against the introduction of Golden Rice in this country.” Petitioners SEARICE, Kilusang Magbubukid ng Pilipinas, Rice Watch Action Network (R1) and Greenpeace Philippines have also issued separate statements condemning the said approval. In an opinion piece, Dr Ted Mendoza stated that Golden Rice will not be a cure for Vitamin A Deficiency in children.

“It is very disturbing, with the incoming UN Food Systems Summit, corporate interest attempts to dominate our farmlands and plates with profit-oriented produce. And small farmers, the urban poor, the women and children are bearing the brunt of the problem. We call on Dept of Agriculture Secretary William Dar to immediately junk the decision of the DA-BPI and heed the call of the small farmers and consumers. Time and again we are reminding the DA that rice is the country’s staple crop. Genetically modifying our staple food would put the health, food security and livelihoods of our farmers at grave risk. There is no gold in golden rice” Panerio adds.