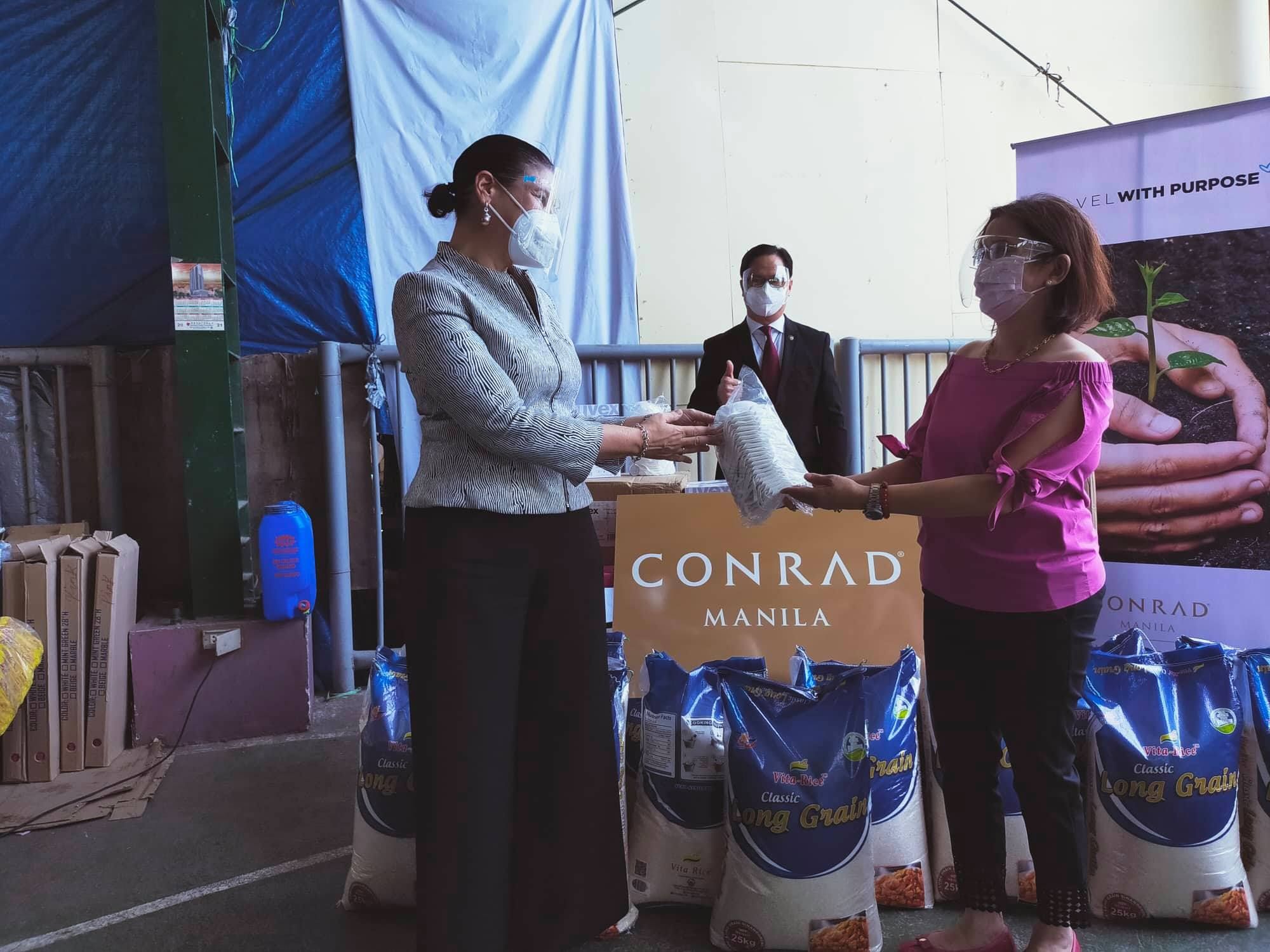 According to the National Mobile Survey of the Social Weather Station, their survey shows that 20.9 percent, or around 30 million Filipinos of whom are mostly children, are experiencing involuntary hunger due to lack of food.

Seeing as how dire the problem with hunger is in the Philippines, Conrad Manila, a luxury hotel located in Pasay started a meal packing initiative that addresses hunger in the country, particularly in marginalized communities.

The meal-packing started in 2017 when Conrad Manila partnered with the international non-government organization Rise Against Hunger. Since then, the luxury hotel has been organizing quarterly meal packing initiatives that mobilize volunteers among its team members. 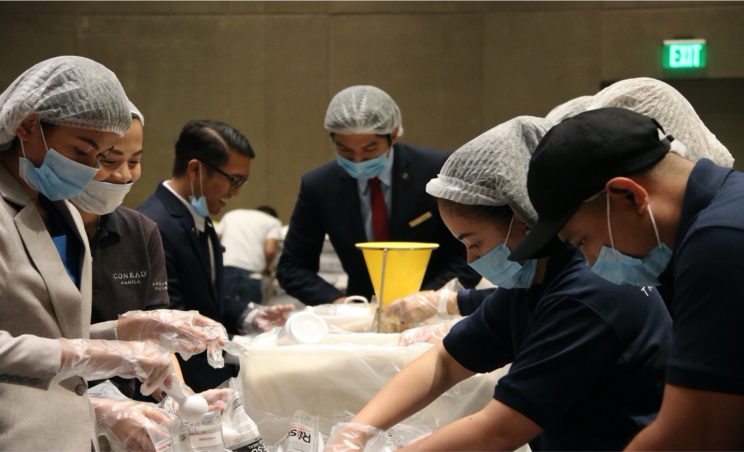 “It is a demonstration of our commitment to lead the values of Hilton that impact our people and the communities,” said Linda Pecoraro, the general manager of Conrad Manila.

Aside from tapping into their team members to carry out the meal packing initiatives, Conrad Manila also works with farmers in bringing good food and proper nutrition to communities in need.

Pecoraro explained that each meal pack contains vitamin-fortified dehydrated vegetables grown from 100 farmers in the upland communities, who are members of the Bukidnon Organic Farmers Association and Iliranan Tribal Council.

These farmers are GAP (Good Agricultural Practices) certified, meaning that their produce is organic and free from biological, chemical, as well as physical contamination.

Once collated, the meal packs are then distributed in the supplemental feeding of pregnant women and pre-school children in marginalized communities, including tribal/ethnic communities.

“Most recently, meals packed by Conrad Manila and partner organization volunteers were distributed by RISE to the conflict areas in Mindanao (1,800 families in war-torn Marawi), and provinces in Luzon and Visayas that are stricken by natural calamities,” Pecoraro shared.

Addressing hunger in the city

Besides meal packing, Conrad Manila also has another initiative meant to provide a solution for hunger in the city.

Through food banking, the luxury hotel collects daily unserved or uncooked food items like fruits, vegetables, cereals, and eggs to turn them over to Rise Against Hunger. The food is then prepared into fresh bread or dishes that are distributed to selected pilot public elementary schools in Taguig.

“Conrad Manila is delighted to have spurred food banking initiatives together with Rise  Against Hunger in other pilot cities: Quezon City with the Nutrition Foundation of the Philippines;  Mandaue City with Simply Share Foundation; and Bacolod City with Negrense Volunteers for  Change,” Pecoraro said.

Food banking also started in 2017 but with the “Bread for Bread Project” where Conrad Manila envisioned a sustainable bread distribution program where consumers can purchase nutritious bread and donate at the same time for school feeding programs.

The bread donated was created with a special recipe where Conrad Manila’s culinary team used ingredients like Kraft Heinz micro-nutritional powder, soy flour, and malunggay powder to fortify the nutrient contents in the bread so its consumers can receive the nourishment they need.

By 2018, the “Good Food Grocer” was born. This served as the common advocacy with Rise Against Hunger to improve food security and reduce food wastage.

“Good Food Grocer is envisioned by Rise Against Hunger to be the first food bank social franchise in the Philippines. It works on the premise that ‘good Food is for all,’” Pecoraro said.

As a member of the Hilton Group of Hotels, Conrad Manila follows its founding purpose: to make the world a better place through hospitality.

“Hilton operates in some of the most beautiful destinations around the world and recognizes its critical responsibility to protect the planet so that it remains healthy and vibrant for future generations. We remain steadfast in our mission to build a better world to travel, and we are committed to having a positive impact on the communities in which we operate,” Pecoraro said.

To best carry out its goals, Hilton started their Travel with Purpose campaign to show its commitment to sustainability among other relevant values to drive responsible travel and tourism globally and in the Philippines.

Conrad Manila is also a pioneer in the Philippines’ hospitality industry for fostering eco-conscious activities. They’ve worked with other hotels in Manila to participate in different campaigns throughout the years.

Other initiatives by Conrad Manila that coincide with Hilton’s Travel with Purpose advocacy include encouraging the use of local and sustainable products, responsible procurement practices for selecting suppliers and vendors, and enforcing the No Plastic by 2030 commitment by using paper straws, eco laundry bags,  biodegradable garbage bags, and paper boxes for takeaways.

Hilton, through Conrad Manila, sets an example of how sustainability and inclusivity are crucial in preserving the environment and leaving a positive impact on local communities. Doing so allows them to make their guests experience traveling with a purpose bigger than themselves.

Agriculture should be treated as an industry, not as welfare