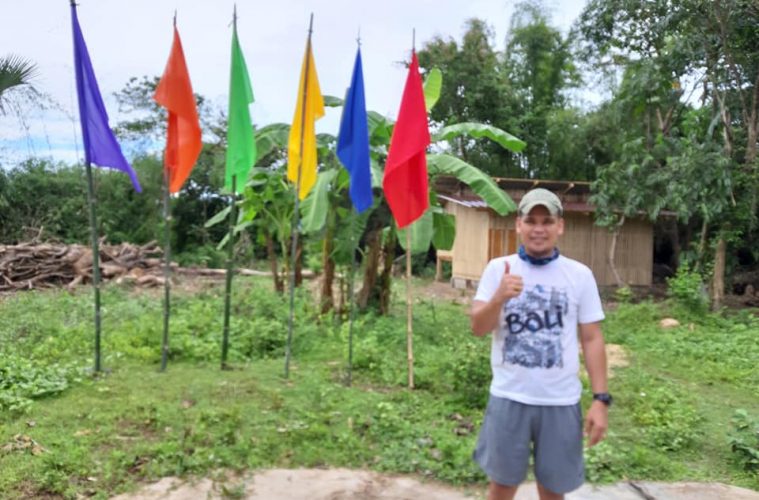 Edwin Ellazar posing in Garden of Edan-Nature's Farm in Tarlac.

When the COVID-19 pandemic hit the Philippines in March 2020, many people were forced to reevaluate their situation and find another source of income that will help them stay afloat amidst the global health risk.

One such individual is Edwin Cobarrubias Ellazar, a member of the Philippine National Police (PNP) with the rank of police lieutenant colonel (PLTCOL). He and his wife, Analyn Samonte Ellazar, who is also a PLTCOL, had to think of another source of income since their school service van and school canteen businesses were greatly affected by the pandemic.

They had to find a way to sustain their family, which consists of the couple and their three children: Ylana Therese, 21, Windelyn Anne, 19, and Edan Benedict, 14. 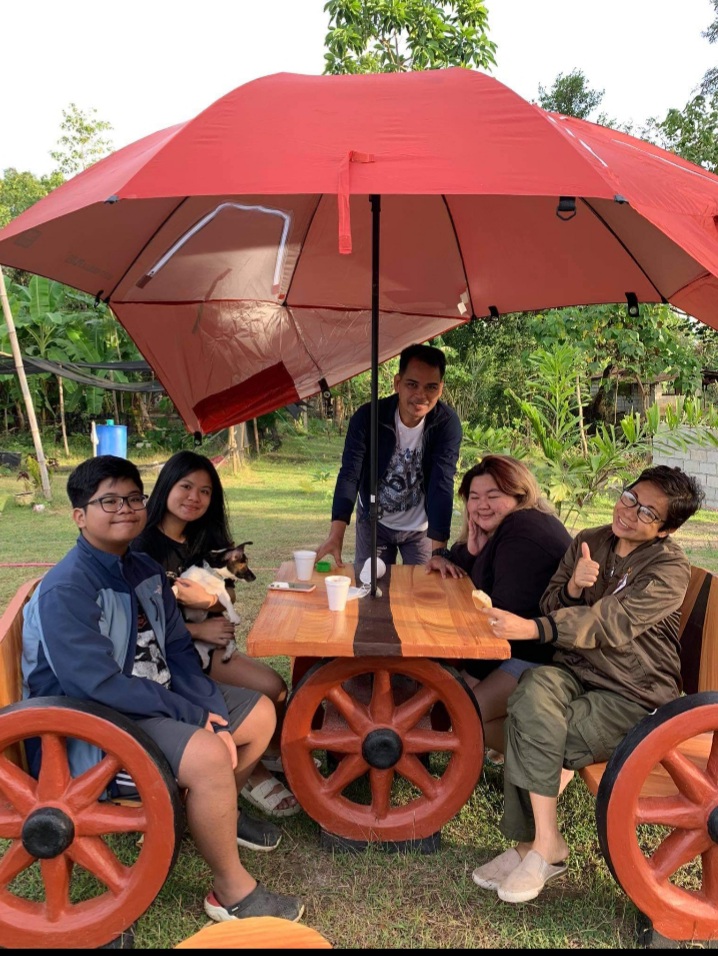 It was at this time when Ellazar was introduced to free-range chicken farming by a friend. Intrigued, he decided to learn the basics so he can raise chickens himself.

“Realizing the potential of this program, we ordered at first 20 heads of female and four male D102, the code given to a pair of Rhode Island white female and Rhode Island Red male parent stock genetics,” Ellazar said. 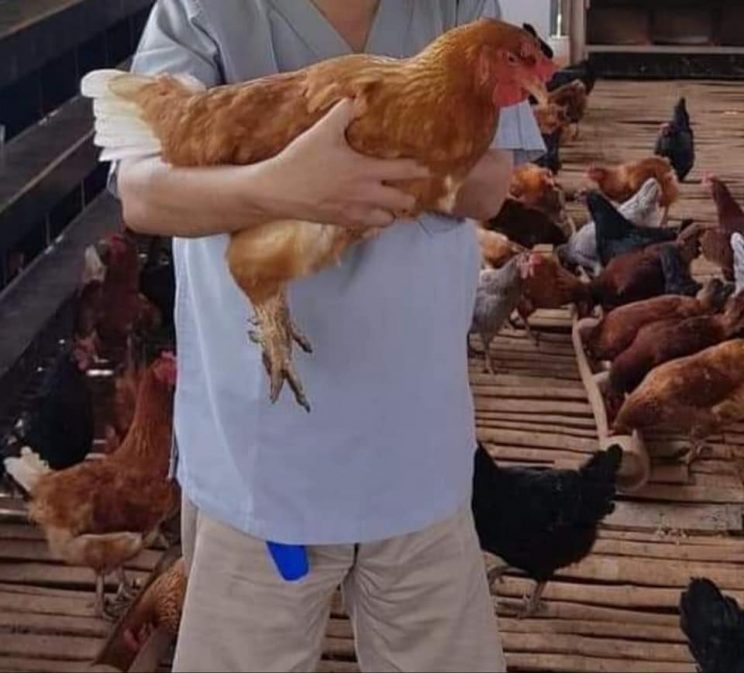 A friend introduced Ellazar to chicken farming. Since he and his wife were looking for a new source of income, he decided to try it out.

He added that they chose this particular chicken strain since its genetics are pure, tested, and proven for more than 27 years. Plus these strains are usually meant for egg-laying and meat purposes, two ways how chicken farmers can earn and live off their poultry.

Developing their farm for their future

But because of the pandemic, there was a delay in Ellazar’s order. While waiting for their flock to arrive, the family went to Ellazar’s wife’s town in Mayantoc, Tarlac to look for a good place to build their farm.

Ellazar was born and raised in Quezon City where he studied, but he mostly worked around Manila. It was his childhood dream to live in the province, have a modern Bahay Kubo, swim in the river, eat fresh produce, and breathe fresh air.

“I want to spend my life in the province when I retire from the police service. I want to live here peacefully and I want to help others by providing them with a sustainable food source and profitable livelihood,” he said.

Luckily, there was a 3,858 sqm lot which his wife inherited from her grandparents. The area is far from other houses, surrounded by water, and has different plants and trees in the vicinity, making it the ideal spot to start their farm. 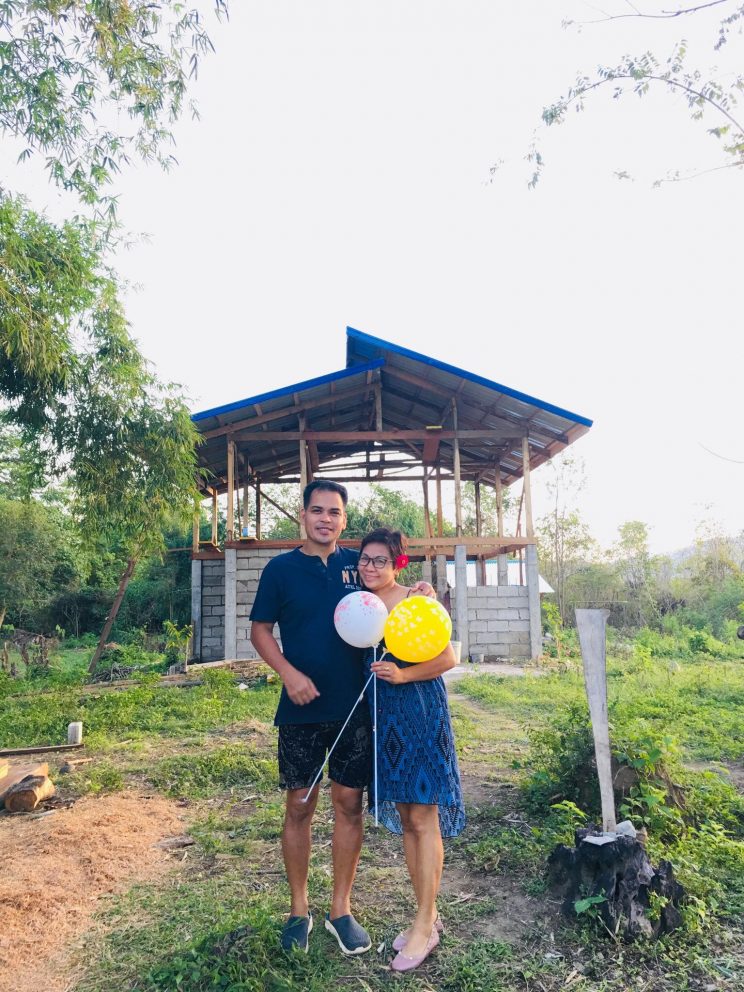 Ellazar and his wife developed the area into a farm that can accommodate a modern Bahay Kubo, different kinds of trees, and more.

It was here that the family started planting flowering trees like jacarandas, fire trees, Palawan cherries, rubber trees, and golden showers. There are also fruit-bearing trees like bananas, ipil-ipil, coconuts, guava, and avocado.

The family also raises livestock like goats and ducks.

“We also developed some portions of water irrigation into a small swimming pool. We built Nipa houses and comfort rooms. We placed solar lights in some areas to conserve electricity. There are camping tents good for glamping,” Ellazar said.

Other developments include a modern two-story air-conditioned Bahay Kubo in the center of the farm. Ellazar shared that they’re planning to build a swimming pool and restaurant, and convert the place into a farm resort.

The couple named the farm “Garden of Edan-Nature’s Farm” or “GEN’s Farm” after their only son. It was officially registered with the Department of Trade and Industry in 2021.

By March 30, 2021, Ellazar received their order of chickens and he set out to work on establishing their free-range chicken farm.

He first focused on the chickens’ housing. They chose an elevated type since it’s easier to clean and keeps their chickens safe from predators. Ellazar added that they also surrounded their chickens with a range net for double protection.

“We used gmelina and mahogany instead of bamboo. I was able to buy a 2×2 hard plastic flooring in Novaliches so the manure will go directly to cemented ground where we spray it with water, which goes to the septic tank,” the PLTCOL said.

The chickens’ housing is cleaned every other day. Ellazar sprays the plastic flooring with water and an antibacterial solution to prevent the growth of bacteria that could lead to disease. 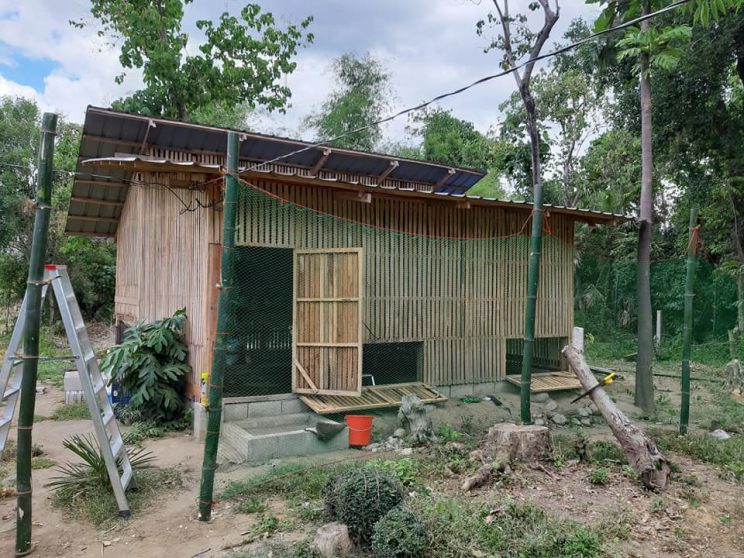 The housing for the chickens on Garden of Edan-Nature’s Farm.

As for the chickens’ feeds, Ellazar said that aside from using commercial feeds, he gives them crushed eggshells, malunggay leaves, ripe bananas, and madre de agua as snacks.

But aside from making sure that his chickens are safe and healthy, Ellazar took it one step further by ensuring that the chickens are stress-free by raising them in a free-range environment.

“We advocate free-range or battery cage-free living because we believe that chickens require key enrichment such as perches, dust bathing, scratching or range areas, nest boxes, and should live in their natural habitat. With these, they will provide us with good meat, rich and nutritional brown eggs,” he said.

Ellazar shared that some benefits of brown eggs from free-range chickens include boosting brain power, protecting eye health, facilitating muscle building, improving one’s mood, lowering the risk of cancer, and encouraging the growth of healthy hair and nails, among others.

Aspiring chicken farmers are eyeing to procure chicken strains that are hardy, able to adapt, and can be used for both meat and egg-laying purposes. As a result, several farms are offering quality chicken strains to their community. 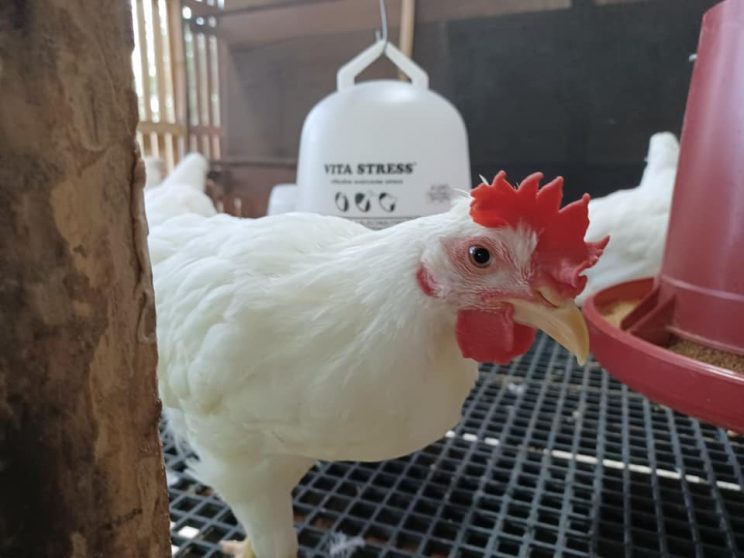 Chickens under Ellazar’s care are raised for both meat and egg-laying purposes.

One of Ellazar’s goals as a chicken farmer is providing his community with quality chickens that they can raise either for consumption or as a source of income. Luckily, he has a certification as a breeder to show others that they can trust him and the quality of his poultry.

Ellazar acquired the certificate after he completed all necessary seminars from Dominant Asia Pacific and bought a pair of chickens which serve as the parent stock for his flock.

It’ll be years before Ellazar retires from police service but he didn’t wait long for him to realize his farming dream. Through their family farm, Ellazar has the ability to earn a sustainable income, fulfill his childhood dream of living in nature and provide food for others, and promote free-range chicken farming in their community.

For more information, visit Garden of Edan-Nature’s Farm on Facebook.