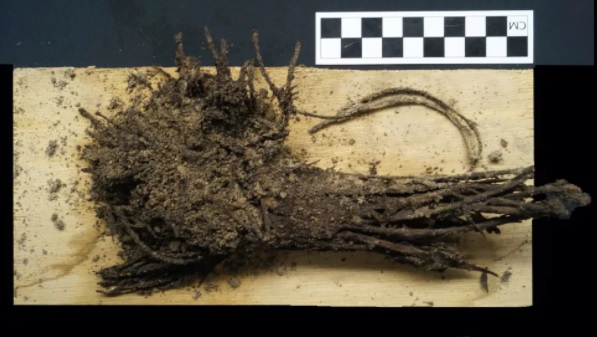 Bouquets have always been regarded as a way for people to express their feelings towards others. But thousands of years ago, and in some religious practices now, bouquets were used to honor gods and deities.

The ancient people of Teotihuacan in Mexico are an example of how bouquets are used in religious offerings. Nearly 2,000 years ago, they laid beautiful bouquets beneath some wood and set the pile ablaze.

But just recently, archeologists found the remains of those surprisingly well-preserved flowers in a tunnel beneath a pyramid of the ancient city. The bouquets were found 18 meters below ground in the deepest part of the tunnel. They also found numerous pieces of pottery along with a sculpture depicting Tlaloc, a god associated with rainfall and fertility, beside the bouquets.

According to the archeologists, the bouquets were likely used in rituals associated with fertility. They also noticed that the number of flowers in each bouquet varies, with one having 40 flowers tied together while another has 60 flowers.

They also found evidence of a large bonfire with numerous pieces of burnt wood where the bouquets were laid down. It was speculated that the indigenous people placed the bouquets on the ground first before covering them with vast amounts of wood, which seems to have protected the bouquets from the flames.

Other discoveries made in the tunnel include thousands of artifacts including pottery, sculptures, cocoa beans, obsidian, animal remains, and a miniature landscape with pools of liquid mercury.

Scientists have discovered microneedle sensors that can track plants’ health

Quail production: How to select the right quail breed