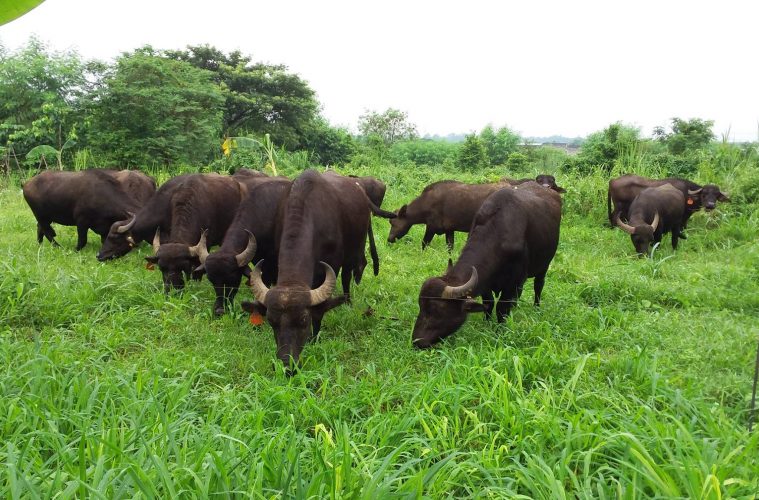 Bienvenido “Ben” A. Rara, 78, owner of BARFARM Agroventures, was exposed to farming at an early age. His childhood was full of fond memories on a farm with his father.

Owing to his upbringing and affinity for nature, he took a career path that’s close to his roots.

Rara is a graduate of Bachelor of Science in Agriculture Major in Animal Husbandry at the University of the Philippines Los Banos. After graduating from college, he spent years climbing the corporate ladder.

Around the time he was thinking of retiring, his employer coincidentally announced that the company was going to be under new management. Rara was left with no choice but to receive separation pay rather than continue working.

Using the dismissal wage, he bought a farm in Bukidnon, his hometown, thinking that it would save him money since land rates are much cheaper in the province than in Luzon.

But since he had no permanent place in the province, he had to ride an airplane and stay at a hotel every week just to be able to work on the farm.

In 1995, while tending to his farmland in Manolo Fortich, Bukidnon, he got a call from his former boss. To cut the story short, he decided to work again while developing his retirement farm remotely.

After some time, he bought another 15-hectare guava plantation. Unfortunately, this expansion soon led to challenges. All his Bukidnon farms eventually failed due to long-distance management.

When another agricultural opportunity came years later, Rara took it. He made sure to dedicate it to his passion and expertise—raising animals. Luckily, the property that was offered to him was grassland, making it suitable for animal production. Plus it was easier for him to develop.

In 2004, he started rearing 100 goats in a leased 16-hectare property in Pandi, Bulacan. This ballooned to more than 400 goats in less than three years.

When Rara began farming goats, it was also a favorable time to offer training and services to others since goat raising wasn’t as prevalent then as it is today. 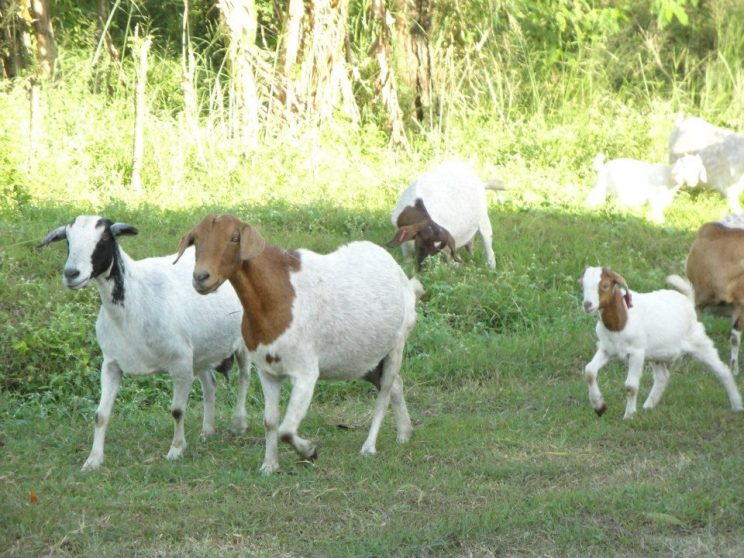 The farm started with 100 goats, which grew to about 400 heads in just two years or so.

His farm, named Bar Farm, started holding seminars in hopes of increasing the goat population in the Philippines. 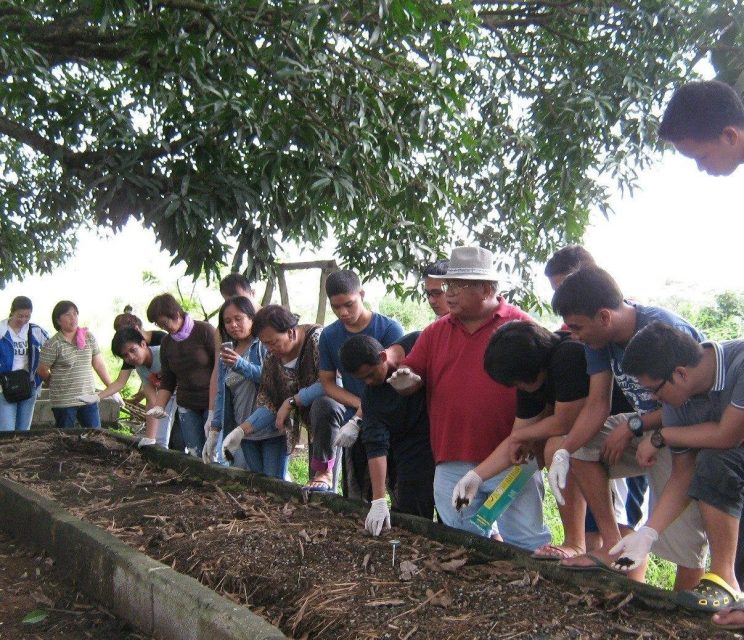 Ben Rara (wearing a red shirt and a hat in the middle) shares his knowledge in vermicomposting with farm trainees.

He eventually sold his parcel of lands in Bukidnon as he found it impractical to have many farms while managing it alone. This allowed him to focus on his farm in Bulacan.

Rara built a vermicomposting facility that benefited his Bulacan farm since this saves them from buying organic fertilizer in stores. This paved the way for him to train more people, particularly those who were applying for worm picking jobs in Canada.

“It allowed us to earn extra income to sustain the farm,” said the longtime farmer.

From merely nurturing goats to opening its doors to other animals as well as crops, Bar Farm steadily grew and expanded its operations through the help of promotions and sales.

Last 2017, the farm began keeping dairy buffaloes for their milk and animal manure. As of this writing, the farm is home to 16 heads of imported Italian Mediterranean and Bulgarian water buffaloes, plus goats and sheep. 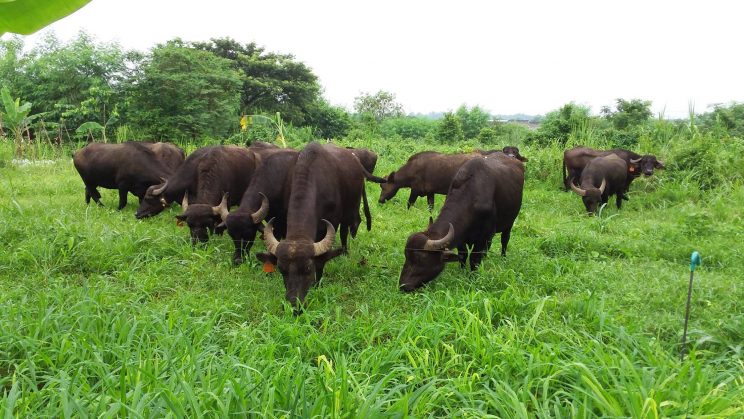 “Since then, we have been happy with our buffaloes giving us daily income from milk and at the same time, giving us enough manure to feed our African Nightcrawler (ANC) so they can continue to produce vermicast,” said Rara.

According to him, the farm was able to contribute to the local milk production, too. “We are importing more than 95 percent of our country’s milk requirement. We sell our milk to individuals, processors, and cooperatives.”

Bar Farm has six regular workers whose jobs and salaries are sustained even at the height of the pandemic. Aside from free housing and rice supply, the employees with children up to seven years old are provided with fresh milk from the farm. 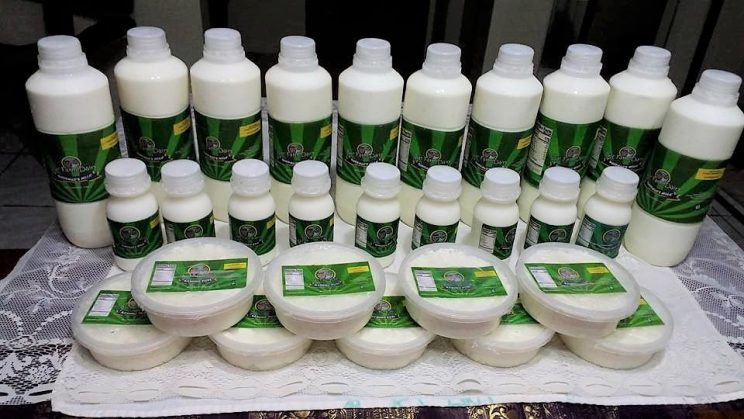 Now at 78, Rara is a full-time farmer who stays on the farm most days of the week. On weekends, he takes a break with his family in the city.

Rara may not have been successful in his initial ventures, but these bittersweet experiences were replaced with fruitful discoveries and opportunities.