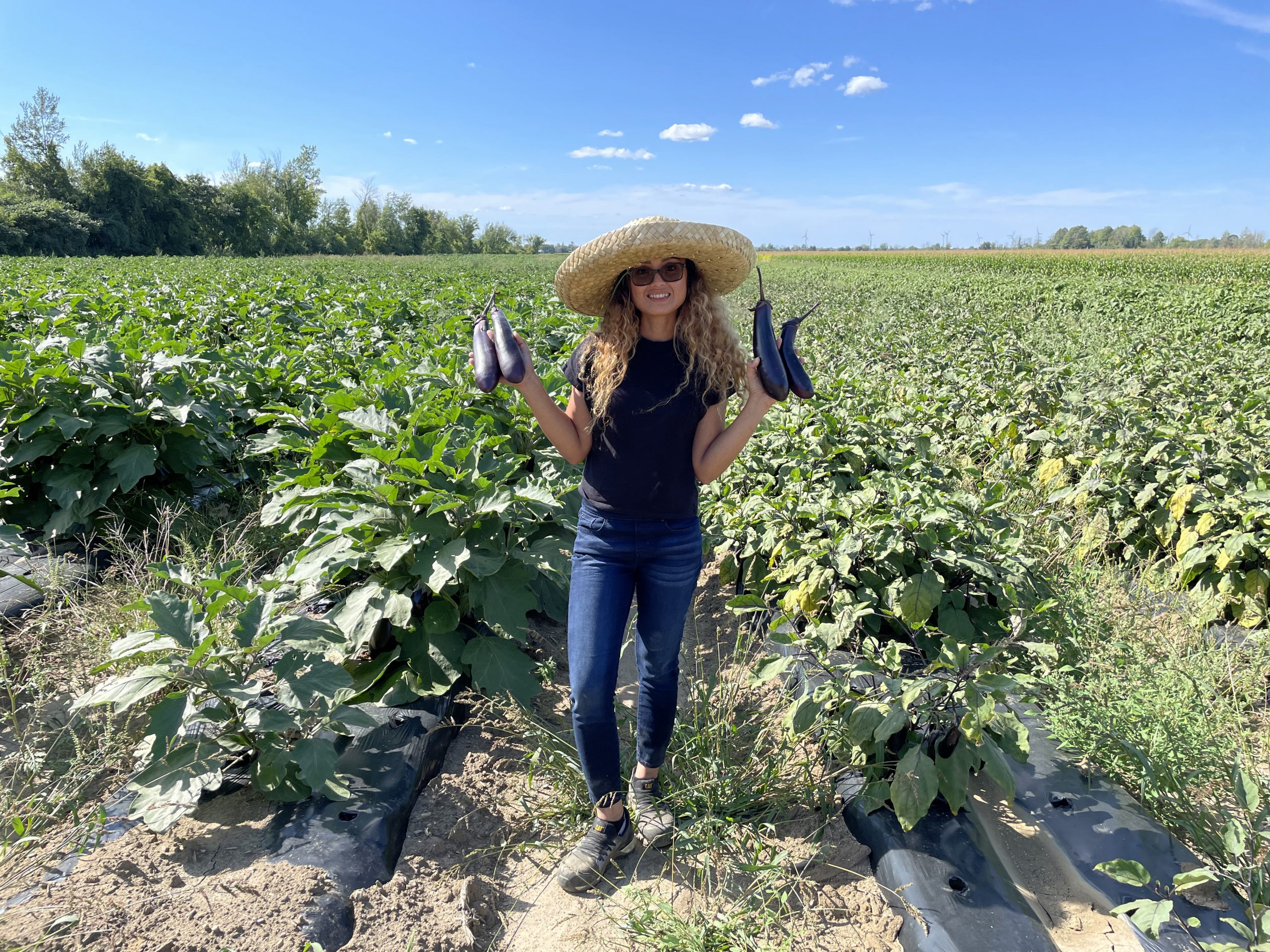 Liezl Alegre is a Filipina who works as a full-time farmer in Canada where she grows soybeans, corn, and other crops.

Many people believe that farming is a laborious job that requires proper knowledge, a green thumb, and numerous hours under the sun. But that’s not the case. Farming, for some, can be fun, productive, and rewarding.

Liezl Alegre, a Filipina residing in Canada, realized how fulfilling farming can be.

“I was hesitant with this kind of job at first because when you think of farming, it’s a tough job. Until I give it a try. Then, I started working on a farm as a part-time job here in Canada. I realized that I have fun and I love what I’m doing regardless of the heat of the sun, and being tired after work, etc.,” she said. 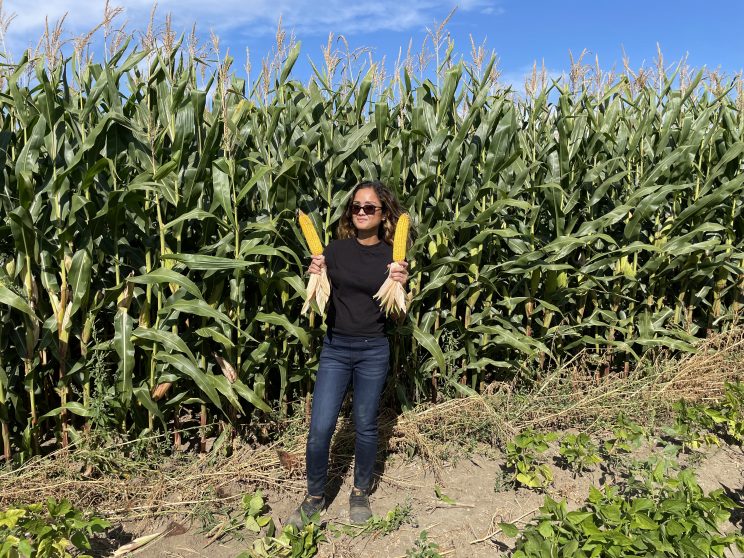 Initially, Alegre had her doubts about farming but she eventually realized how much she loves growing food.

Alegre started her part-time job as a farmer for her Filipina friend whose husband owns a farm in Canada. There, she was taught the basics of farming and how to operate machinery that is commonly used in large areas of land. 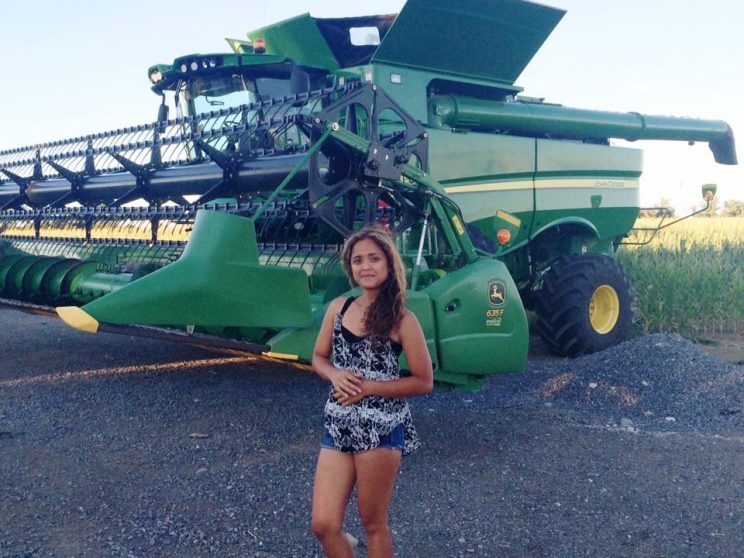 Alegre uses machinery to carry out her farming tasks in Canada.

Later on, Alegre’s friend introduced her to her husband’s cousin who is also a farmer. Alegre took on another part-time job until her new employer started courting her. After three months of dating, she moved into his place and started working full-time on the farm.

Together, they produce Italian eggplant, African eggplant, Asian eggplant, green beans, red beans, soya, and corn. Alegre’s partner has been planting soy and corn for about 15 years. But they only started growing the rest of the crops last year. 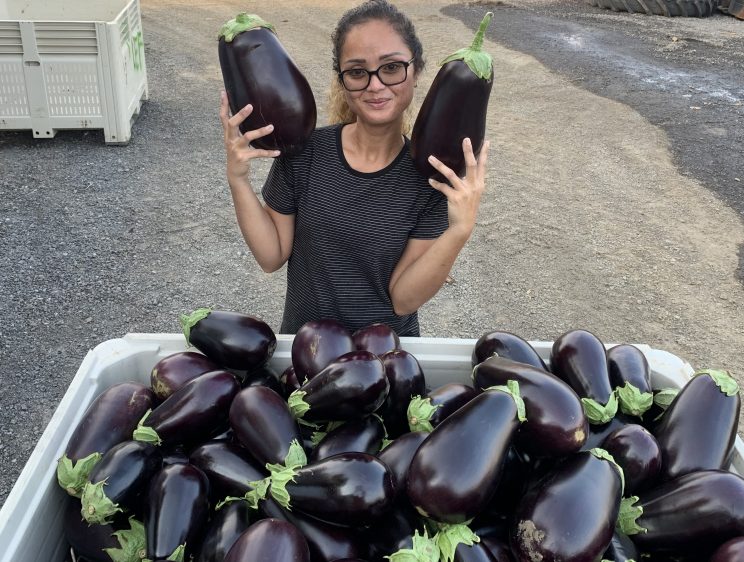 Italian (or European eggplants) are among the crops that Alegre grows with her partner.

When growing corn and soy, Alegre and her partner started directly planting the seeds onto the ground during the last week of May or June. As for the other crops, they grew them in a greenhouse during the first week of April before transplanting them in the middle of June.

“We constantly check them for insects and weeds. We pull the weeds manually instead of spraying herbicide for the vegetables, except for the corn and soya,” Alegre said.

She added that they also use insecticide when needed and fertilizer as per the agronomist’s recommendations.

Alegre also grows chili peppers and okra in her vegetable garden to remind her of her Filipino roots. And even though she had some early concerns about farming, Alegre admitted that she had no problem growing Asian vegetables on foreign soil. 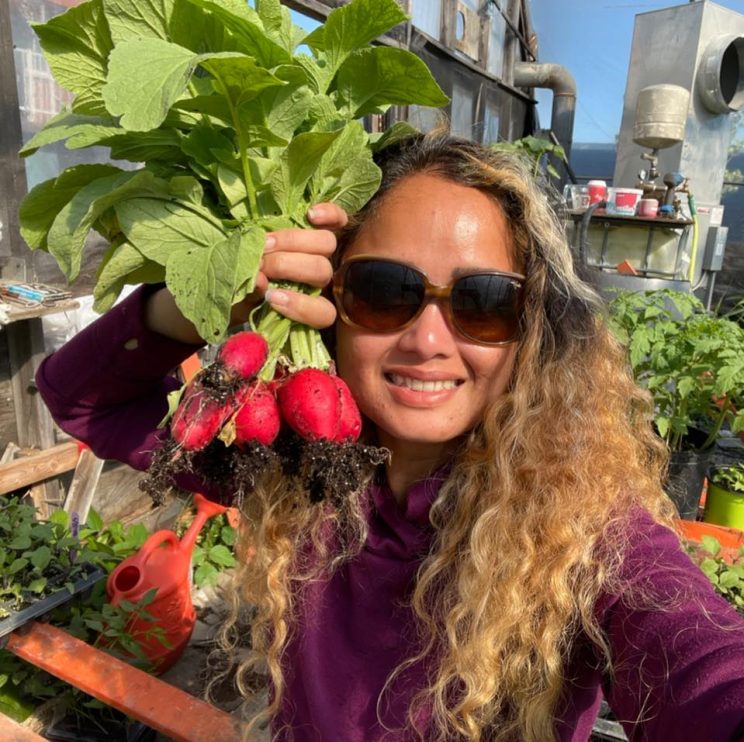 The Filipina also has a garden where she grows crops for consumption.

During the six years that she has worked on the farm, Alegre encountered several challenges that tested her mettle and taught her how to become a better farmer. One example is when she first began planting soy.

“This is the riskiest job I got. We only plant once a year here in Canada because of the winter so it puts a lot of pressure on me because I am not allowed to make a mistake,” she said.

When planting soy, Alegre uses a planter and relies only on the machine and its features which include a sensor, GPS monitor, and air vacuum control. In her first year, she made a mistake when she left three rows empty.

It was deeply frustrating for Alegre and she had the notion of quitting the job. Luckily, her partner helped her fix her mistake and believed in what she can do as a farmer if she put her heart into it. Now, planting soya has been easier for Alegre and is something that she enjoys doing.

“I never thought in my life that I could be what I am now. I am so proud of myself but most of all, I am so proud and thankful to my boyfriend Martin L because he genuinely believes in me,” Alegre said.

Alegre proved herself wrong that farming was difficult to do. Despite all the challenges she faced, she became determined and poured in love to what she was doing, which eventually led to her success in farming.

For more information, visit Pinay Farmer in Canada on Facebook.

Five gift-worthy houseplants for the plant parent in your life