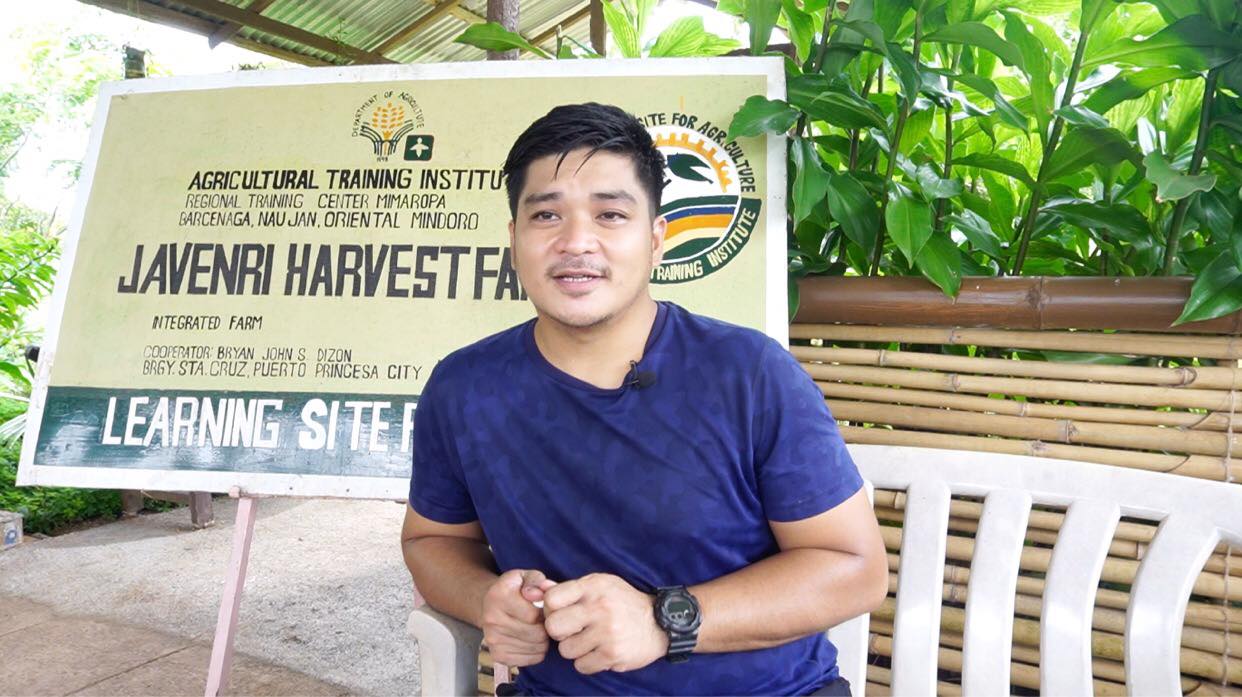 Bryan John Dizon, the proprietor of Javenri Harvest Farm, is among those individuals who left the corporate world to pursue a career in farming.

Bryan John Dizon, 38, worked for various companies in the Business Process Outsourcing (BPO) and banking industries prior to his involvement in poultry farming.

Dizon was first exposed to chickens when his family members used to raise them for cockfighting. As a result of this exposure, he gained an interest in chickens that grew over time.

In 2013, while on vacation in Palawan, Dizon rediscovered his love of chickens, but this time for their meat and eggs. A year after that trip, Dizon purchased a poultry farm for commercial use. 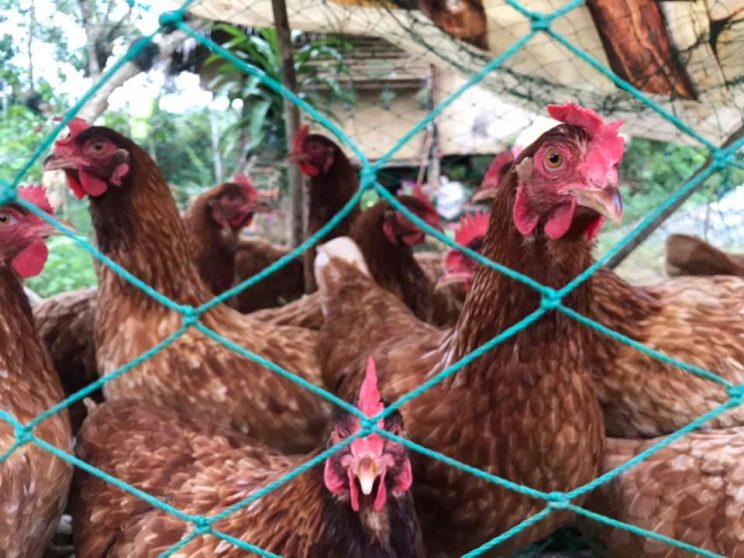 Dizon, a former corporate employee, found a renewed sense of purpose as a head farmer, farm school director, and producer of chicken meat, eggs, and more.

To broaden his knowledge, Dizon took an intensive training program in animal husbandry, specifically on poultry production and management, at the University of the Philippines Los Baños (UPLB) in 2014.

“In school, I was able to re-learn the principles of chicken raising coupled with the recent technologies and applications. I also met several mentors who can help establish a successful business in broiler chicken farming.”

Tired of working in the corporate world, Dizon resigned from his job in the city, and settled in Puerto Princesa, Palawan with his family in 2015. Dizon began producing over 15,000 broiler chickens, which were then supplied to a consolidator.

Javenri Harvest Farm sits on three hectares of land in Barangay Santa Cruz, Puerto Princesa, Palawan. One hectare of this land is dedicated to livestock such as pigs, chickens, and ducks, 5000 square meters area to vegetables, and the rest to coffee and cacao orchards. 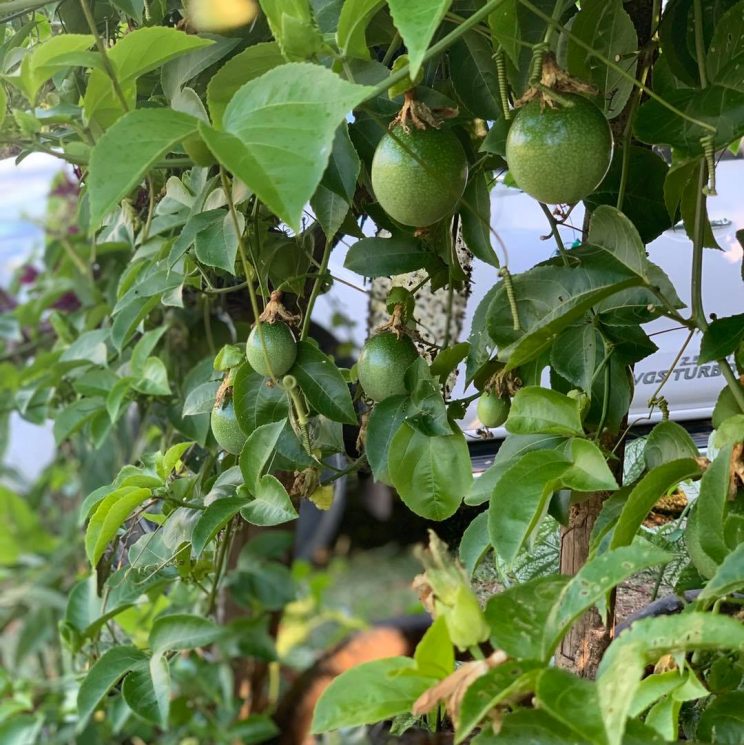 Passion fruit (Passiflora edulis) is one of many crops that they grow for consumption.

It is a certified learning site of the Agricultural Training Institute (ATI) and an accredited farm school of Technical Education and Skills Development Authority (TESDA) that offers Organic Agriculture Production courses. It is also an accredited agritourism site of the Department of Tourism (DOT).

Growing food in harmony with nature

With the goal of producing healthy and chemical-free food for the family, Dizon chose to take the natural route.

“There were a lot of tempting offers from consultants to use chemical fertilizers and foliar sprays made from unknown (likely unnatural) ingredients that should or at least promise [better crop] yield. But I stayed adamant to keep everything all-natural.” 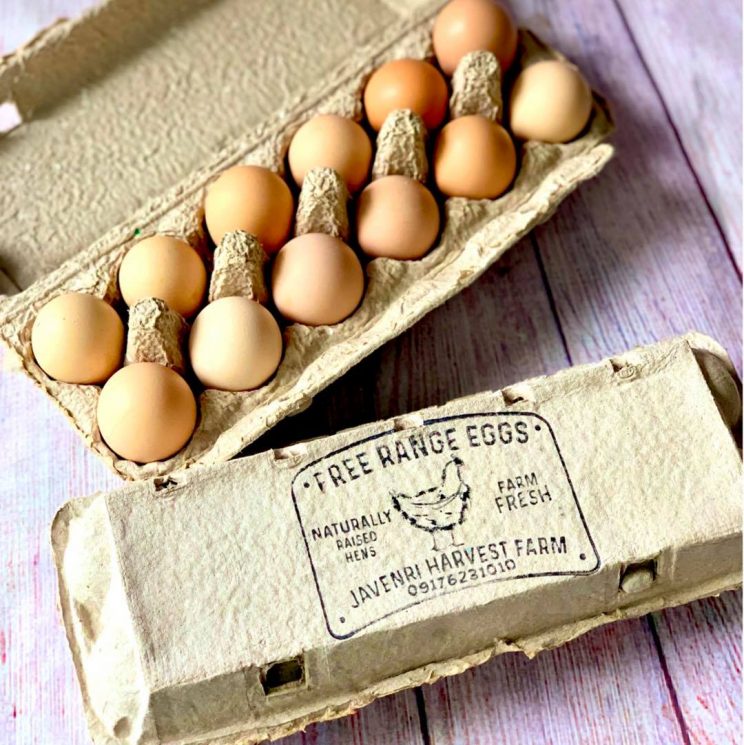 Javenri Harvest Farm’s eggs are laid by free-range chickens that are not raised with hormones and antibiotics.

The farm is also planted with high-value crops like herbs (cilantro, rosemary, Thai and sweet basil, oregano) that are mostly supplied to hotels and restaurants in Puerto Princesa, El Nido, and San Vicente, Palawan. They also cultivate veggies like lettuce, arugula, spinach, eggplants, while for fruits, they have banana, papaya, passion fruit, and mulberry plants. 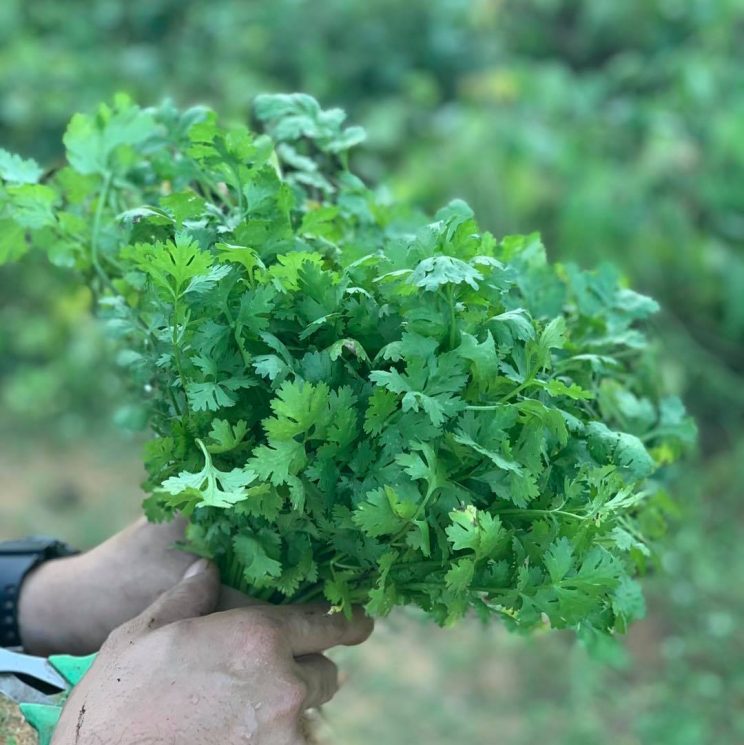 Javenri Harvest Farm grows culinary and medicinal herbs such as this freshly harvested cilantro that they mostly supply to hotels and restaurants in Palawan.

Javenri Harvest Farms tends to over 500 chickens that are composed of Rhode Island Red, Plymouth Rock, Australorp, and some hybrids intended for egg production. There are about 50 heads of Itik Pinas that grow on-site as well.

Chickens are fed twice a day with 20 percent commercial feed as a source of micronutrients, while other sources include mombasa, napier, mulberry leaves, malunggay, and madre de agua.

Dizon and his team collect animal manure for the crops’ fertilizer every week, while they also spray Effective Microorganism Activated Solution (EMAS) to neutralize odor around the animal pens. To keep the chicken coop free from stinky smell and bugs, they make use of citronella and lemongrass for bedding.

The farm initially grew food for personal consumption, but later started to sell its output when the farm started producing more than what the family could consume. 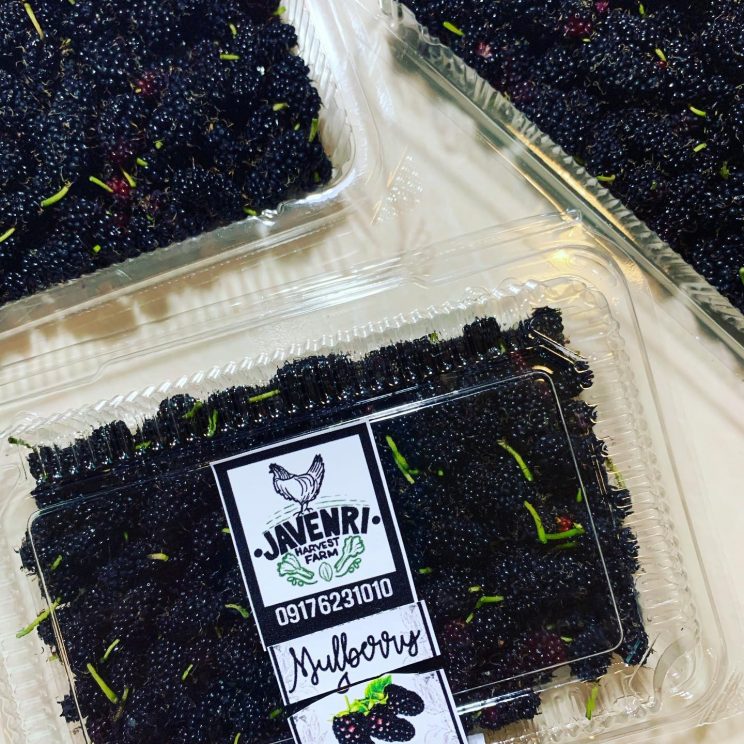 Dizon was able to expand the farm operations over the years. He maximizes the farm output by selling them to the public.

Apart from the farm’s active use for crop and animal production, Javenri Harvest Farm thrives as an accredited learning venue and tourism destination. 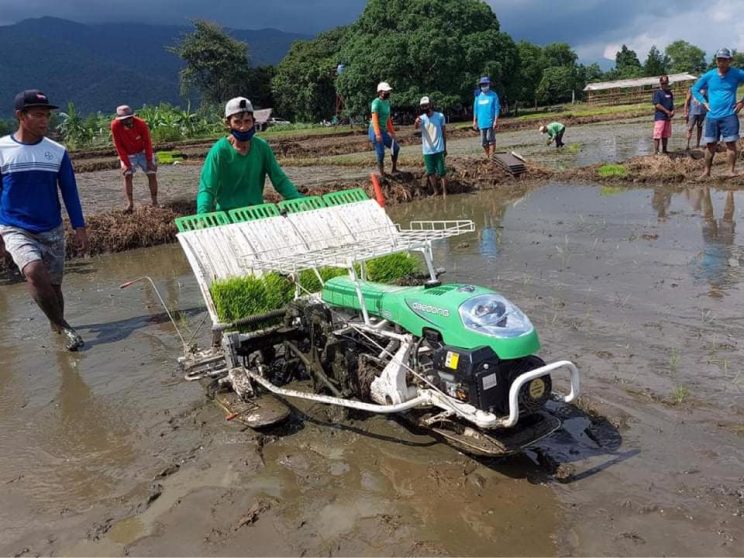 As a farm school, Javenri Harvest Farm trains farmers in different programs including a course on rice production and farm mechanization.

What encapsulates this corporate worker-turned-farmer’s journey is the importance of mastering the craft. He did not enter the industry unprepared. Armed with the knowledge he learned from school and a heart that’s willing, Dizon continuously finds success and progress in farming.

How to identify the difference between makopa and tambis