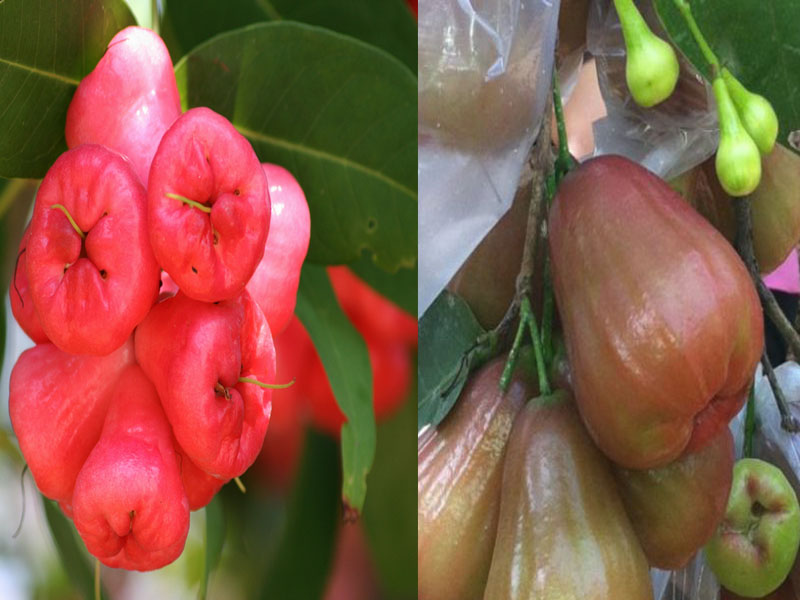 With different fruit varieties available in the Philippines, it’s no surprise that some people find it hard to distinguish one from the other. An example of this is tambis (Syzygium aqueum) and makopa (Syzygium samarangense).

At first glance, both fruits look alike. They both have a bright red color and a pear-like shape that makes them distinct from other fruits. But the devil is in the details when it comes to finding out the differences between the two.

The first clues can be seen from the fruits’ skin and shape. Tambis fruits are smaller, have a bell-like shape, and their skin is bright red to pink. In the meantime, makopas are larger with a pear-like shape and have a deeper red color.

(Find out how to grow makopa here)

Next on the list of things to look for is the flavor. Tambis have thin skin but with an often refreshing and sweetish pulp. Makopa has a denser flavor and can sometimes taste bland. But both fruits are still refreshing, which is why people enjoy eating both makopa and tambis.

The appearance of tambis and makopa is the main reason why people confuse the two.

Another reason that could confuse the public is that many people haven’t seen much of makopa and tambis for years now. Many in the older generation used to see both fruits in abundance both in their provinces and cities, but with modernization, the number of trees has recently decreased.

Gen Zs and future generations have only seen both fruits on social media or have heard stories about the fruits from people who have seen them before. A possible solution to this confusion is by planting more makopa and tambis trees so that more people will become aware of local fruits and their differences.

Lipa City managed to eradicate ASF. Here’s how they did it