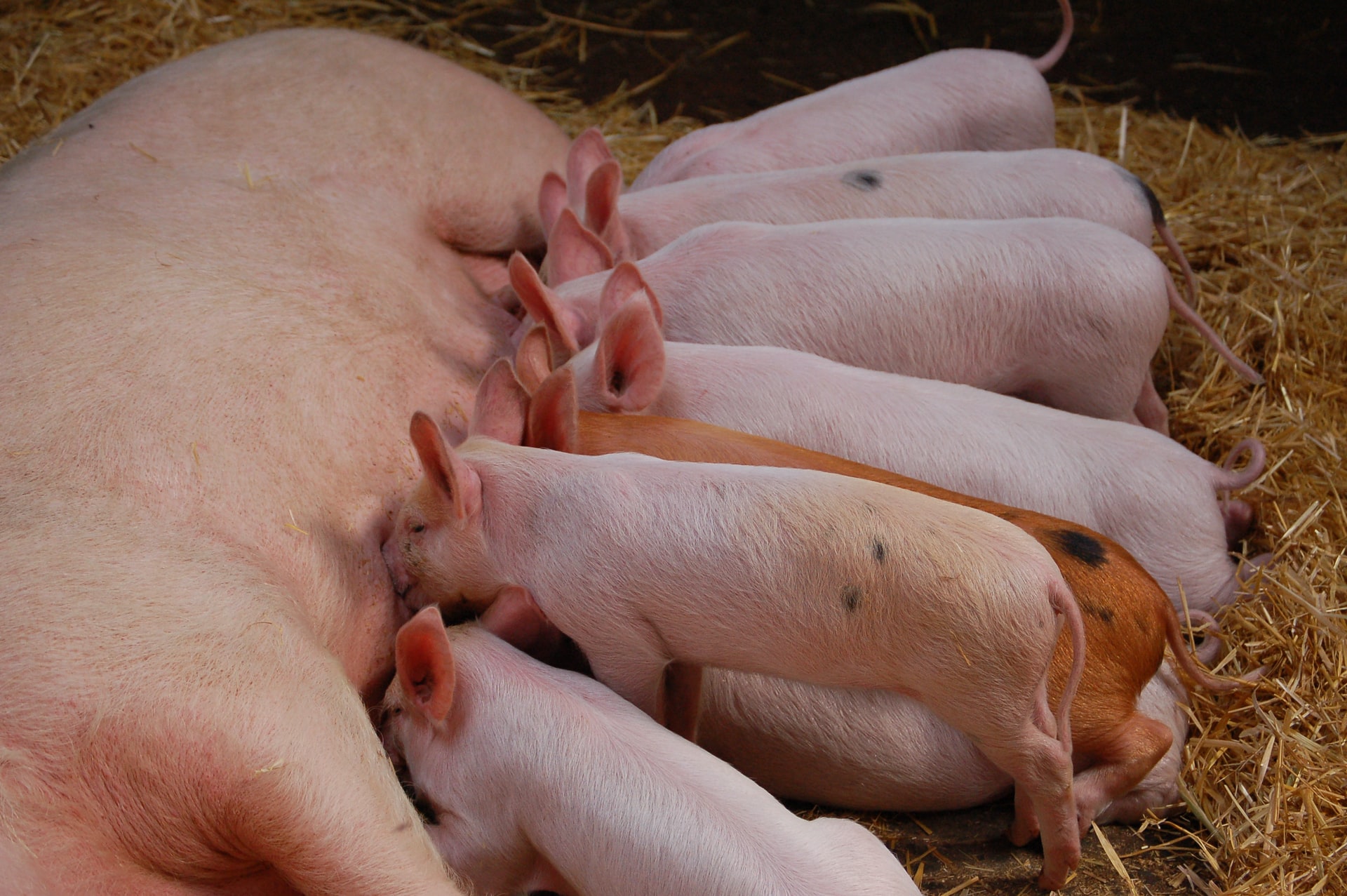 Photo by Alan Roberts on Unsplash

Last July 8, 2021, the Department of Agriculture declared Lipa City ASF-free. Lipa was one of six Batangas cities considered “recovered from ASF.” The others are San Jose, Malvar, Rosario, Taysan, and Nasugbu.

Lipa City Veterinarian Dr. Samuel P. Comia explains how, through concentrated efforts between hog farmers and the local government, they’ve not only managed to keep ASF to a minimum within their borders, but managed to eradicate it altogether for now.

African Swine Fever, or ASF, is a highly contagious disease that affects swine. It was first reported in the Philippines in July 2019, and has since decimated the hog population of Luzon.

Pre-ASF, the hog population of Lipa city was an estimated 200,000 heads, with 40% from backyard and smallholder farmers and the rest from commercial farms. This number has decreased by 40% since July 2020. 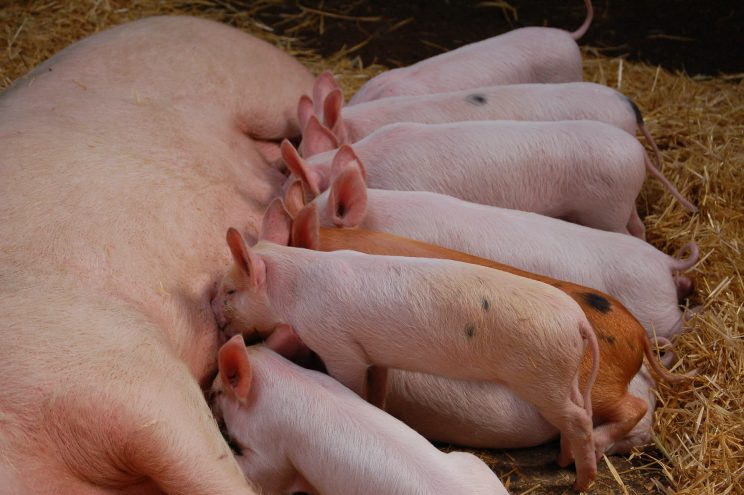 Photo by Alan Roberts on Unsplash

But in Lipa, preparations to combat this dreaded disease started even before it was reported on Philippine shores. “Even before the first confirmed case of ASF in Rizal province in August of 2019, the city has been actively participating in several focused group discussions with the Provincial Veterinary Office , DA Region IV A , ATI –ITCPH, Philippine Veterinary Medical Association ( PVMA ) Batangas Chapter and private stakeholders on the contingency plans,” Dr. Comia says.

“ASF awareness seminars in the barangays with a high density pig population started in May 2019 and are still continuing. Eight Animal Quarantine Checkpoints were immediately established in mid-August of 2019 in different intra and inter city/ municipality borders. Passive surveillance activities were also conducted by our field personnel and barangay based paraveterinarians. By September 2019, Mayor Eric B. Africa issued an Executive Order creating the city’s ASF Task Force.”

The City registered its first confirmed case from a commercial breeding farm on July 7, 2020 and as of the time of the interview, registered its last confirmed case on December 23 of the same year, this time from a backyard smallholder farm, with a total of 14 barangays affected within that time span. 11 of the 14 barangays were locally declared ASF-free on May 17, 2021 and as mentioned above, the whole city was declared ASF-free two months later.

The presence of ASF in the Philippines has greatly affected the swine industry. “When it hit Lipa, shortage in the supply of live pigs and pork was already felt Luzon-wide. Due to the mandatory and farm-initiated mass culling due to ASF-fear, there was a decrease in farm inventories and fresh pork supply in meat markets. As with any applicable law of supply and demand cases, the surge in prices are seen and felt by both traders and consumers,” Dr. Comia says.

Despite Lipa City being declared ASF-free, Dr. Comia emphasizes that this is no reason for the industry to let its guard down. “We believe that ASF cannot be eradicated at this point in time since vaccine development is at its clinical trial currently,” he says, sharing some of the steps Lipa City took to control the spread of ASF within its borders. He enumerates them below:

“a. We assess ourselves, technically, personally and as a team, including the physical resources we have and even measure our progress

Such steps are important in order to achieve our goal to protect hog farmers’ investment and assure them of not circulating the virus within their environment.”

The endeavor to prevent, contain, and eradicate ASF may sound easy now that it has been achieved but in actuality, it was not without its challenges. Dr. Comia lists some of the challenges the City Agricultural Office encountered and how they were dealt with.

First, they had to gain the trust of hog farmers. “Knowledge, Attitudes and Practices ( KAPs ). One of the hardest to overcome is to change the farmers’ belief that he has for generations,” he says. “By being truthful, transparent, and prompt with the information we have, we slowly noticed a change of view.”

Part of this involved assuring growers that reporting ASF infections would not mean a loss of profit. “Indemnification payment – we are still awaiting from the Department of Agriculture’s ( DA ) update on this since farmers are in dire need of cash equivalent promised to them per head culled,” the veterinarian says. “However, Mayor Eric Africa initiated the Gilt Dispersal Project to alleviate their clamor by giving them gilt assistance and a feed subsidy from a private company.”

There were other challenges to overcome, including the current COVID-19 crisis. These included: “Manpower inadequacies – support from different stakeholder poured in after convincing them of the implications to the pig industry; [and] Budgetary constraints – at that point in time, few LGUs knew that the inclusion of rampant animal diseases within the locality can be considered in the disaster definition budget, for such is untapped and un-utilized…”

Despite the very positive and highly laudable achievement of an officially ASF-free city as of July, Dr. Comia once again stresses that this doesn’t mean that the fight is over, nor does it mean that vigilance is no longer needed. “We cannot yet consider ASF control in our city as successful, still a long road ahead,” he says, adding that, “We cannot guarantee that ASF will [not] reappear in our city [as] there are still many factors and risks to consider.”

Other things to keep in mind on a farm level are:

“a. Trust your veterinarians. If you have none, hire one;

And once again, the veterinarian calls for diligence, cooperation, and concentrated effort in the prevention, containment, and eradication of ASF on a nationwide scale.

“Vigilance in controlling and eventually eradicating ASF is of enormous importance since pork forms a big chunk of our daily protein source. The contribution of the pig industry to the GDP is a valuable indicator of our economic progress,” he says.

“Try to listen and understand from identities who have already experienced, failed and overcome such onslaught. It will be worthwhile and cost effective not to repeat the failures of the past. No other profession can greatly contribute to ASF eradication than the veterinarians, to whom we salute and honor.”

Dr. Samuel P. Comia has been in government service since 1995. He holds a Masters in Development Management and Governance, is an associate member of the Philippine College of Veterinary Epidemiologist ( PCVE ) and was a past president and adviser of the Philippine Veterinary Medical Association ( PVMA ) – Batangas Chapter.

How to identify the difference between makopa and tambis