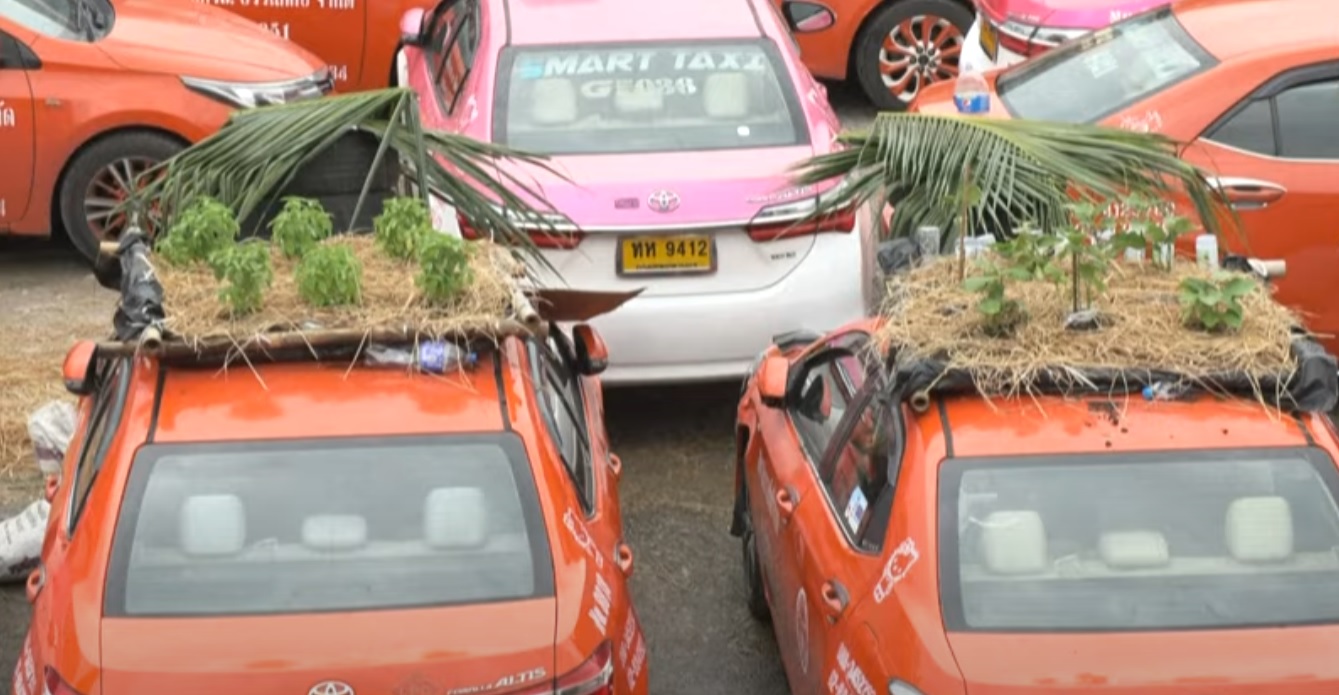 When the COVID-19 pandemic struck, many people got displaced from their jobs because they needed to follow safety protocols to keep the virus from spreading rapidly among the public.

Among the many displaced workers were those who worked in transportation. One taxi company in Bangkok had to retire many taxi units because these were no longer allowed to operate. But since many drivers relied greatly on the taxi service to earn an income, the company found an innovative way to make ends meet during the pandemic.

The idle taxis were transformed into vegetable gardens maintained by the drivers who took them on the streets before. When fully grown, the produce can be harvested by the workers for consumption.

Some of the crops grown on the taxis include eggplant, chilies, and zucchini, among others.

While the hoods and bonnets of taxis were used to grow the vegetables, while the tires were turned into frog ponds where the workers raise frogs as well.

Leftover vegetables and frogs will be sold to the market to make extra income to further aid the displaced workers of the taxi company.

Makopa vs tambis: how knowledge on local fruits can vary due to locations