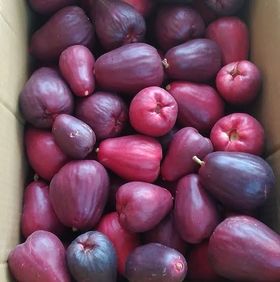 According to Palarca, this is the variety of makopa known in the Visayas and Mindanao. (Photo courtesy of Vic Thor Palarca)

Makopa vs tambis: how knowledge on local fruits can vary due to locations

During the weekend, Agriculture Online has received tons of feedback, both positive and negative, about the difference between makopa and tambis. It all started when we posted a photo that many were quick to call out as tambis instead of makopa.

To correct our mistake, we chose a file photo from the website that came from farmers who grow makopa under a project via the Mama Sita Foundation (MSF) whose main goal is the support and promotion of Philippine heritage and agricultural sustainability.

But despite the new photo we posted that was sourced from farmers themselves, many have still pointed out that it’s not makopa. Instead, it’s still tambis, which is closely related to the makopa. They also look alike, which added to the confusion. 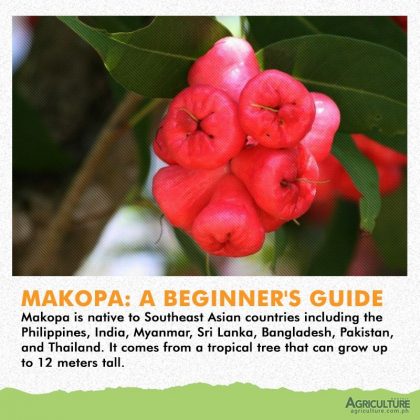 The first photo we posted. 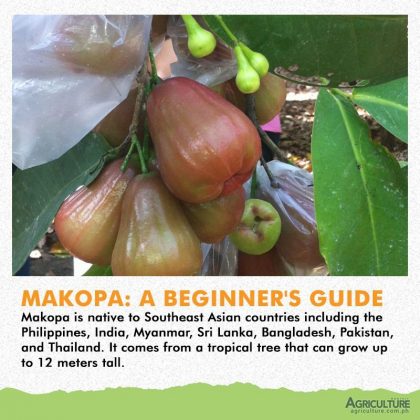 Vic Thor Palarca, a food and agriculture writer from Mindanao, shared with us some information that may explain the confusion in the debate about the difference between makopa and tambis.

Palarca shared that for most regions in Visayas and Mindanao, the makopa they know are big, pear-shaped, and have a deep burgundy to maroon shade. On the other hand, the tambis they’re familiar with are the small, bell-shaped, and bright pin.

According to Palarca, this is the variety of makopa known in the Visayas and Mindanao. (Photo courtesy of Vic Thor Palarca)

He added that it’s the opposite for some areas in Luzon who call the former tambis while the latter are known as makopa.

“There are also tambis the size of makopa but still they are called tambis here in the Visayas and Mindanao regions,” Palarca shared.

Aside from Palarca, many followers of Agriculture Online were also quick to realize that the different perspectives on the fruits sparked the debate. This proves that location plays a role in what we know about local fruits. 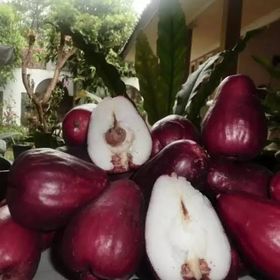 Makopa is bigger and has a deep red shade compared to smaller and bright red to pink tambis. (Photo courtesy of Vic Thor Palarca)

Thanks to the internet, users have a platform where they can share information and experiences about the different varieties of fruits and vegetables available in their location thus adding to the knowledge that the public already has.

Doing so raises awareness that the Philippines has a diverse selection of fruits and vegetables that differ from one location to the next. We can all continue to learn about them while we continue to put a spotlight on local agriculture.