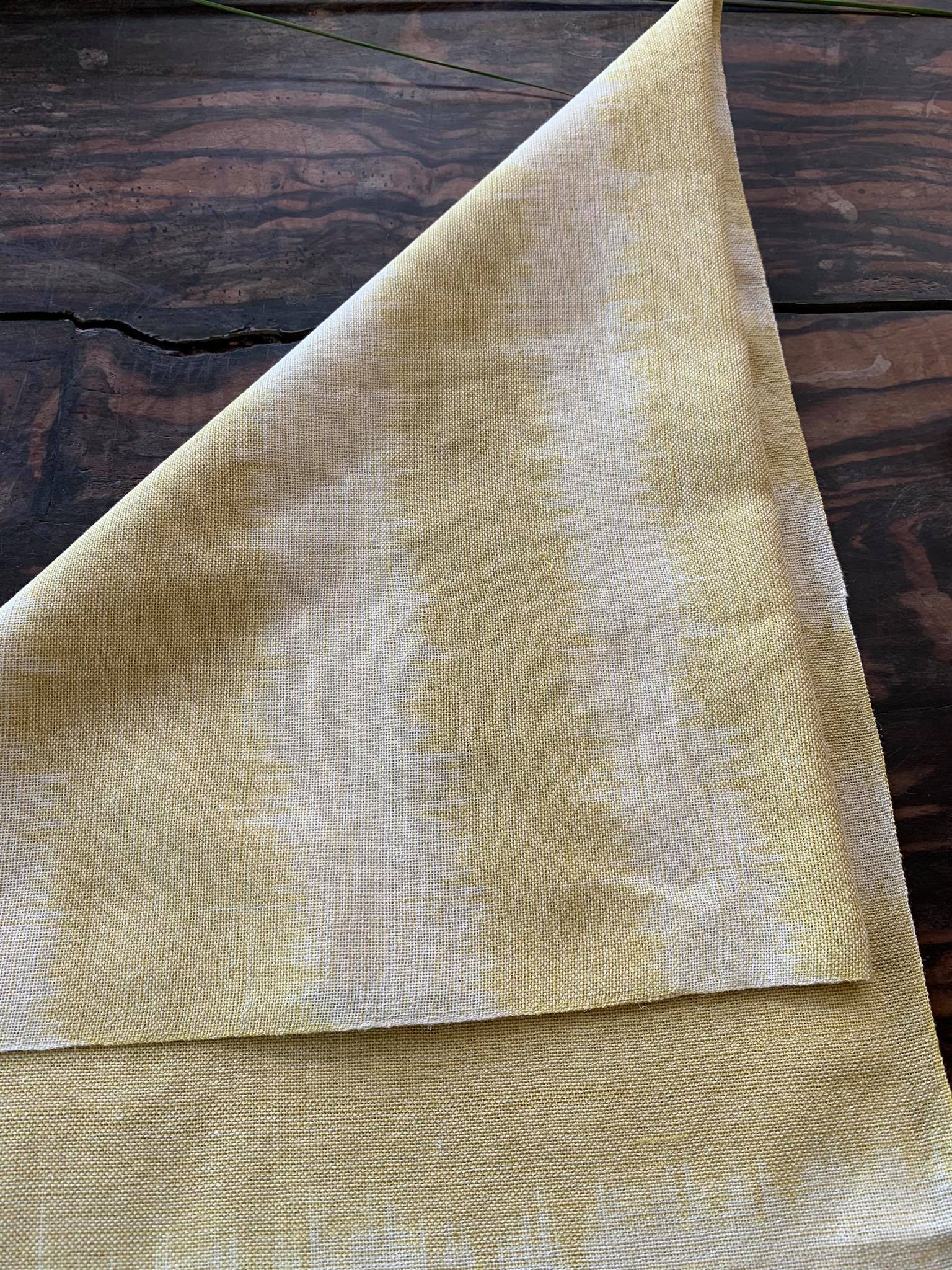 If you live in or have been to Baguio City in Benguet, you’ve probably heard of or visited Narda’s Handwoven Arts and Crafts, a Benguet institution. The company is named after its founder, Leonarda “Narda” Capuyan, an Igorot entrepreneur who helped popularize Cordillera’s woven fabrics locally and overseas in the 1970s.

Part of Narda’s secret to staying relevant through the decades is its willingness to experiment with design while adhering to Cordillera weaving traditions. “My mom was able to come up with contemporary designs that can be used by most households and most women and men,” says Lucia Capuyan-Catanes, Narda’s Creative Director and Manager for Research and Development. “We try to keep on improving our products and improving design so that people will still be interested in buying them.”

One of the company’s latest products is Narda’s Naturals, a line of naturally dyed products using cloth made from local fiber.  Though the line was launched in 2016, Capuyan-Catanes says that the idea was actually brought up as early as 2003. 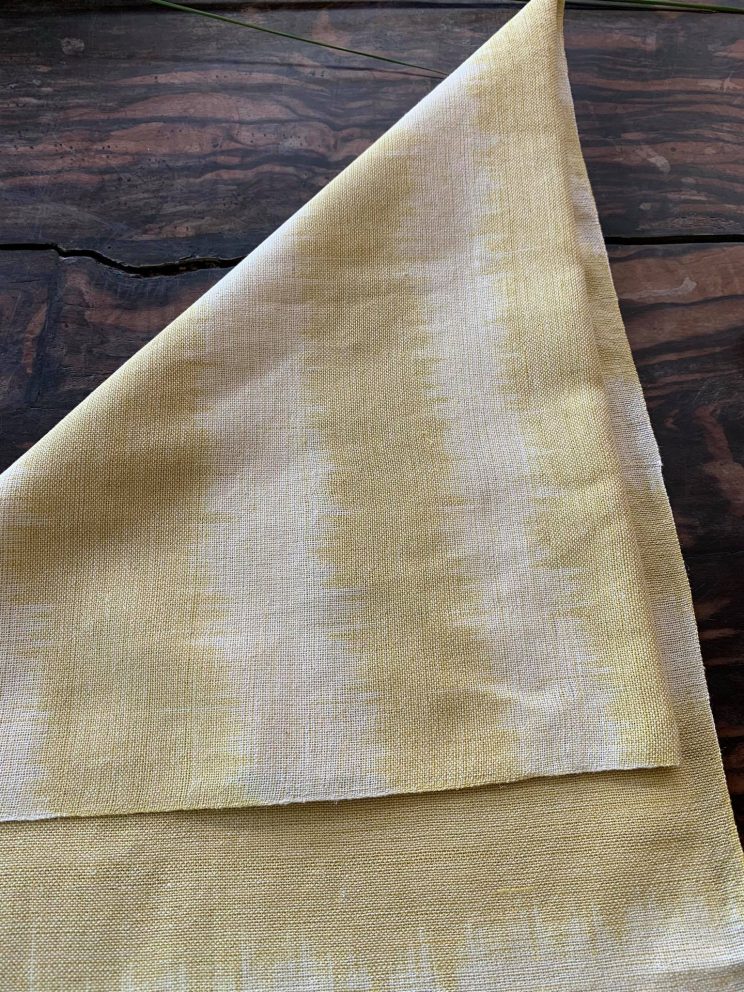 The company worked with the Philippine Textile Research Institute (PTRI), who sent representatives to the weaving facility to find out what local plants they could use as dyes and train them on the dyeing process. They settled on turmeric, which gave out an orange hue;  cogon, which turned the cloth yellow; and mahogany, which came out brown. Annatto (achuete) and indigo would later be added to this list.

The plants used for the dyes are either grown in or foraged around Narda’s farm in Benguet. They are concentrating on indigo, in particular, because of a lack of supply in the Philippines. The varieties they currently grow are from Laos and Taiwan. “Our goal for the past two years is to plant and plant and plant until we have enough,” Capuyan-Catanes says.

Narda’s also works with the Fiber Industry Development Authority (FIDA), who connected them to local fiber suppliers such as cotton growers in Ilocos. “We buy the fiber through FIDA from the farmers and it is sent down to Manila for processing at PTRI to make into yarn,” Capuyan-Catanes says. “PTRI mixes it with either abaca or pineapple fiber so we have different kinds of yarns in different blends—cotton abaca, cotton pineapple.”

Narda’s cultivates its own indigo using plants brought back from Laos and Taiwan.

Using natural dyes is more difficult and more expensive than using chemical ones. “It’s labor intensive, especially when compared to using chemical or even environmentally friendly dyes, where you weigh the powder and mix it into your recipe to get the colors you want,” Capuyan-Catanes explains.

With natural dyes, the process is more involved because it starts with the farmer, who cultivates and harvests the plant, or in the cases of mahogany and cogon, with the foragers.

Next, the plant materials have to be turned into dyes. This can involve chopping them up or pounding them, then boiling and straining them before using them to dye the thread. About five kilos of turmeric, for example, is needed to be processed in this way to dye 30-40 yards of cloth. Cogon, meanwhile, has to be stewed for three hours to get the desired color. They also use natural souring agents such as mangoes and tamarind to fix the dye onto the thread. “It’s more expensive, but if you’re trying to provide a livelihood, it’s also nice because you employ more people.” 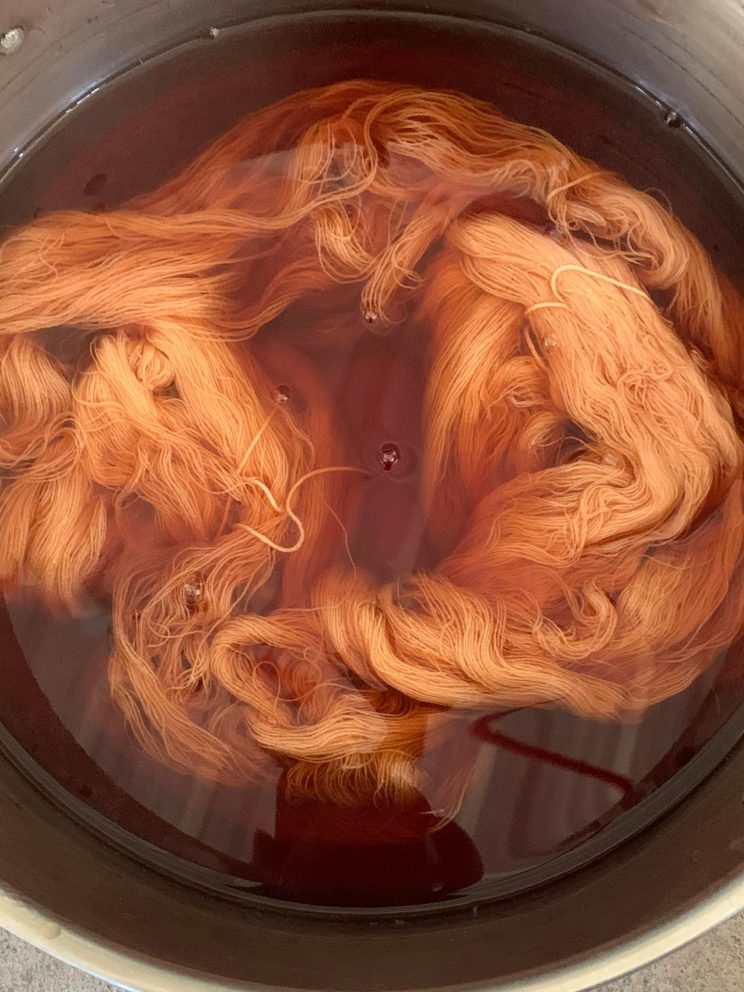 It takes 12 kgs. of mahogany bark to dye 50 yards of 54mm width of warped thread.

It looks like the 13 year wait to launch the line was worth it, because, especially nowadays, green living has become mainstream. “Now more people are aware of what they buy, how it’s made, it’s effects on the environment, so it has opened up more markets for us,” Capuyan-Catanes says. “Although it’s more expensive, it also gives us more attention.”

That said, the people who buy Narda’s Naturals still tend to be specialized, as more people are still drawn to the company’s products that use brighter eco-friendly conventional dyes. “At least it widens our market,” Capuyan-Catanes says.

“We tell (buyers)ahead of time that we cannot make exactly the same thing… There (will be) slight changes,” Capuyan-Catanes says. “We only accept what we can make. We cannot promise… We are limited to what we can (produce).” 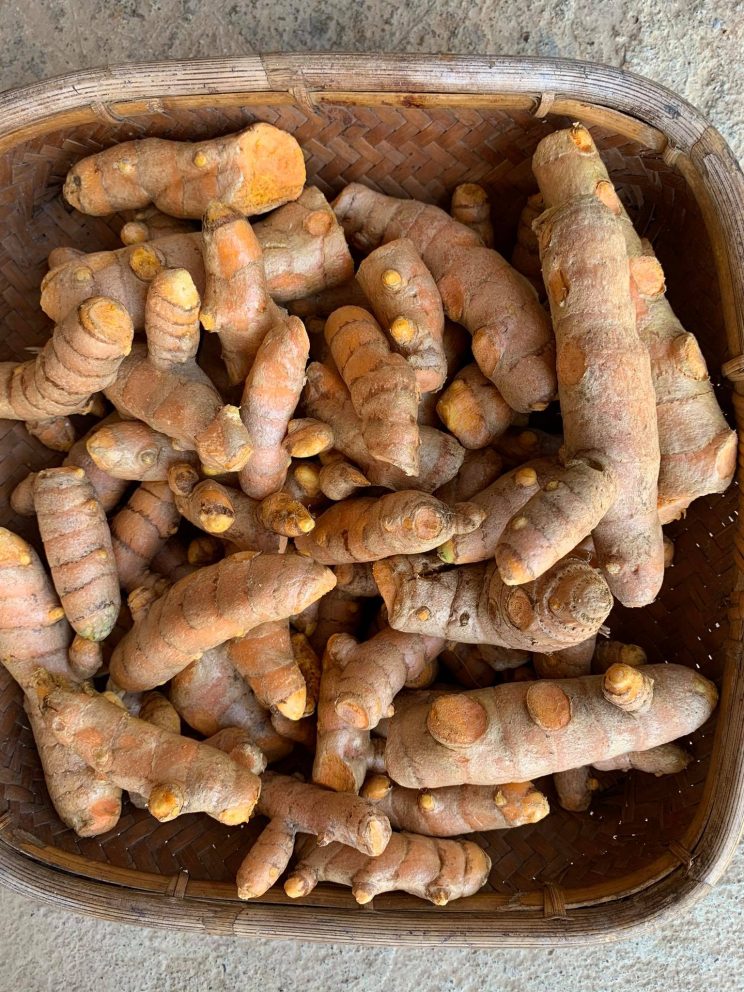 The whole turmeric production process, from harvesting to dyeing to drying of the thread, takes 15 days.

Narda’s next project is to produce its own fiber. “It will really give more jobs to people,” Capuyan-Catanes says, adding that though the company sells a lot of fashion items, Narda’s main goal is to produce and sell textile. “We want to mass produce textile for designers for clothing apparel (and) household items. (Our goal is to) get more clothing manufacturers to incorporate handwoven textile into their lines. (Then) we can just keep on weaving and weaving and weaving.”

And if they can do this sustainably, all the more better. “We really need to think about how we’ll protect the earth for our future children and our grandchildren,” Capuyan-Catanes says, “We all have to pitch in.”

Agriculture can be sexy

There is hope for young people in coconut farming