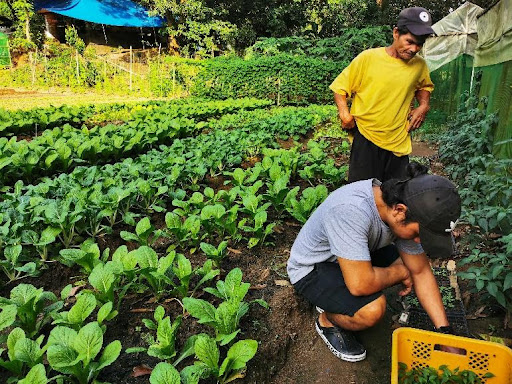 Serrano Agri-Ventures Farm was established because the Serrano brothers wanted to provide a source of fresh healthy food to the community.

When the pandemic struck last year, people had to face new challenges such as COVID-19 restrictions hampering their access to fresh food.

Farmers and agripreneurs took this opportunity to establish businesses or start initiatives that provide consumers with the fresh, healthy ingredients.

Jet Serrano, the managing partner at Serrano Agri-Ventures Farm, was among those who realized the importance of food security during this crucial time. Fast-growing crops are planted on the farm.

“We were affected by the lockdowns mainly because our economy took a hit and I opted to resign from my regular employment. My brother, who is an established chef working in Sydney, Australia, was also forced to go back home as we all know that the hospitality business is one of the main industries that was hit by the pandemic,” he shared.

At that time, Serrano and his brother thought it to be safer in the countryside. They decided to focus on reviving their family farms, starting with one in Morong, Bataan.

Creating a source of fresh food

Serrano shared that he and his brothers were exposed to agriculture at a young age because their parents would always bring them to the province and encourage them to participate in backyard farming. Now, they practice what they’ve learned on their farm.

“Our farm is called Serrano Agri-Ventures Farm which has locations in both Morong, Bataan and Capalonga, Camarines Norte. I, together with my brothers, have started this venture before the start of the pandemic, around 2019,” Serrano said.

He added that the farms were inspired by their parents, who wanted to make it into their retirement activity. But with the pandemic and the threat of food insecurity, Serrano and his brothers chose to develop their farm by growing fast-cycle crops like pechay, spinach, and lettuce, to name a few.

Various fruit-bearing trees such as avocado, papaya, mango, cashew, durian, and several varieties of figs are also grown on the farm. 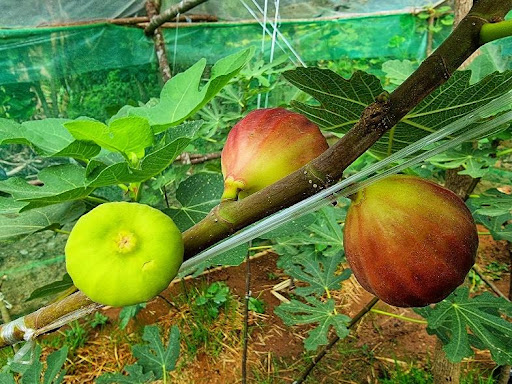 “Since our farm operation is not that big, operational cost is a big consideration. That is why we aim to grow and maintain our crops as natural as possible,” Serrano said.

This includes the use of natural soil conditioners and fertilizers such as animal manure, fermented fruit or plant juices, and compost. Greenhouses are also used to provide shelter to crops to protect them from harsh weather conditions. 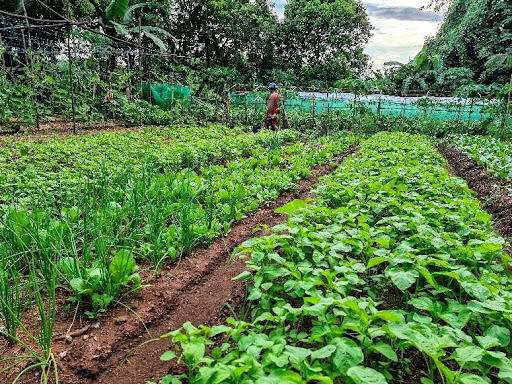 Produce from the farm are grown as naturally as possible.

Throughout their farm operations, the Serrano brothers’ main concern is how to practice natural farming and become less dependent on synthetic fertilizers.

“Chicken manure came into our minds since this has been proven to be the most beneficial type of natural fertilizer that you can use on vegetables. But the problem is that it is challenging to acquire,” Serrano said. 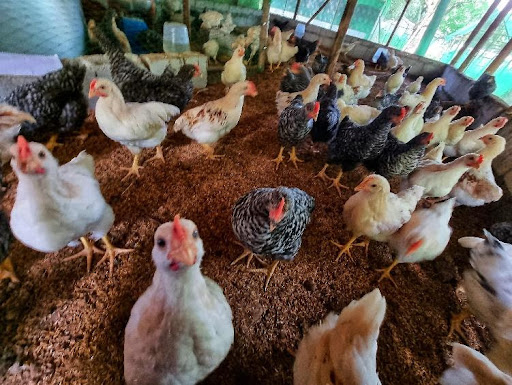 To diversify their products and become independent to synthetic fertilizers, the Serrano brothers ventured into free-range chicken farming.

As they were contemplating on a way to acquire chicken manure, the brothers were also planning to diversify their products. This gave them an idea of engaging in free-range chicken production to provide a healthy source of protein while their manure will be used to support their garden.

Doing so will promote a win-win situation where their vegetables will benefit from the nutrients found in chicken droppings while garden waste such as trimmings of harvested vegetables and rejected fruits may be fed to the chickens.

This will also make their farm less dependent on commercial feeds which, according to Serrano, take about 70 percent of the operational cost.

“Free-range chicken farming is providing easy access to a protein source for the farm as they grow fast and are much easier to maintain compared to a 45-days chicken breed,” the managing partner said. Chicken droppings are used to fertilize their crops while plant trimmings and waste are fed to the chickens.

Chickens from Serrano Agri-Ventures Farm are also raised naturally. The brothers don’t rely on synthetic vitamins and chick boosters. Instead, they use a probiotic-based system diet and natural immune boosters such as oriental herb nutrient (OHN) and fermented plant or fruit juices.

Besides providing the population with a source of fresh, healthy food, Serrano Agri-Ventures Farm also promotes local farming and the farm-to-table food concept. They are also on the journey of empowering smallholder farmers and sharing their knowledge to give back to the community.

Serrano and his brothers also found a sense of achievement and peace in farming in the countryside.

“Having lived in the city most of my life, I was exposed to a fast-paced lifestyle, enclosed to the four corners of the wall so to speak, and the concrete jungle. The main thing that farming will bring you is the joy of having a serene life in the countryside breathing fresh air and away from the pollution in the city,” he said.

The managing partner added that it’s also fulfilling to see the fruits of his labor and knowing that their farm grows fresh produce for consumers also brings him a sense of joy.

It may take months or years before the threat of the pandemic comes to an end in the Philippines. But with the help of farmers and agripreneurs, the public needn’t worry about where they can find food to sustain them throughout the situation. One thing’s for sure: we won’t survive without farming and it’s about time that people pay more attention to food security and the agriculture industry.