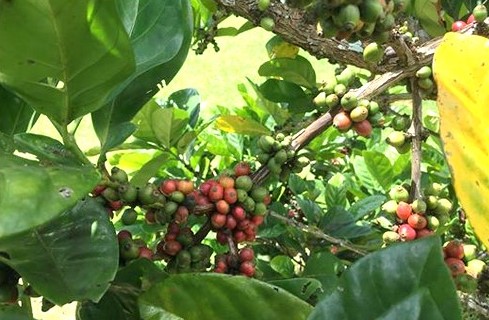 Considered black gold––an asset of the Philippines and a favorite beverage of the Filipinos––coffee is reported as the second most consumed beverage in the world after water and the second most traded commodity after petroleum.

To boost the Philippine coffee industry, the National Coffee Research, Development and Extension Center (NCRDEC) based in the Cavite State University (CvSU) in Indang, Cavite, was established to bring Philippine coffee back to the world market.

Its mission is “to strengthen research and development activities and enhance the extension delivery system that will lead to increased productivity, sustainability and global competitiveness of Philippine coffee,” says CvSU President Dr. Hernando D. Robles.

CvSU has been serving as the national leader on coffee research and development since 2004. It started when the Department of Agriculture’s Bureau of Agricultural Research (DA-BAR) designated CvSU as the lead agency in the preparation and implementation of the first National Integrated Research, Development and Extension Agenda and Programs (NIRDEAP) for coffee for the years 1999-2001, with Dr. Alejandro C. Mojica, Sr., then CvSU Research Director, as Technical Team Leader. It was an initiative under the Agriculture and Fisheries Modernization Act (AFMA) of 1997, which aimed at uplifting Philippine agriculture in general, and the coffee industry in particular.

According to Dr. Melbourne R. Talactac, CvSU Vice President for Research and Extension, “The Center was established in 2005 and started to link with the local and international agencies to promote the development of the coffee industry in the country.”

This development made the province of Cavite the new “Coffee Capital of the Philippines.”

Since the establishment of NCRDEC, it has put up a coffee museum, invented the Bravura coffee roasting machine, identified the superior Barako parent plant, packaged the Aguinaldo coffee blend, established Café Severino at CvSU, organized a nationwide association of coffee enthusiasts and mentors from the State Universities and Colleges, conducted the National and Southeast Asian Coffee Education Congresses, published the Philippine Coffee Journal, and helped stakeholders, among others.

NCRDEC houses the Philippine Coffee Museum, the first of its kind in the country. Its establishment was in partnership with the De La Salle University (DLSU) in Manila with funding support from the United States Agency for International Development–Science, Technology, Research and Innovation and Development (USAID-STRIDE) and RTI International.

The museum serves as a one–stop information shop showcasing the different coffee varieties found in the Philippines, including the Arabica, Excelsa, Liberica and Robusta varieties.

It was a brainchild of Dr. Carmen L. Lagman, head of the Biodiversity Unit of DLSU, and Dr. Ruel M. Mojica, then director of CvSU–NCRDEC. The duo conceptualized and spearheaded the establishment of the coffee museum, the first of its kind in the country. “The Center is surrounded by coffee nurseries and demonstration areas so that the museum is a great place where visitors can learn and witness firsthand information about coffee production, postharvest handling and processing,” says Dr. Mojica.

A small museum, a map, and a bit of genomics could be the right mix to give local coffee production a fresh jolt and help put the Philippines back on the Coffee Belt, the world’s bean producing country––the mandate of the Center in bringing Philippine coffee back to the world market, adds Dr. Lagman.

The machine has a microcontroller device that completely controls its operation. It is a vertical roasting machine for small-scale businesses and is considered the cheapest among similar models around the world. One unit costs around Php500,000 about US$11,000. Its counterpart in the United States (VR-10, 10 kg) is being sold at US$35,000 while its counterpart in Europe (GHIBLI R-15, 5-15 kg) costs US$25,000.

Bravura machines can produce up to 10 kilograms of roasted coffee per batch of roasting in 20 minutes. All parts of the machine are made of stainless materials with a well-designed auger that produces an even roasting of coffee beans.

It has a single phase motor (220 volts) coupled with a microcontroller device for automatic operation. With a one or five kilogram capacity, it is suited to multipurpose cooperatives engaged in the coffee business.

The machine can also roast peanuts and cacao. Farmers from Palawan and Camarines Sur may benefit from the machine for their cashew and pili nuts, respectively.

Coffee farmers described the Bravura machine as easy to operate and compatible with their needs and showed high compatibility with their own practices. The technology is also environmentally friendly.

Its inventor, Dr. Ruel M. Mojica, then director of NCRDEC, was one of the four awardees of the coveted 2019 Prize for Engineering Excellence conducted by the Manila Water Foundation.

NCRDEC selected a superior Liberica (Cavite Barako) coffee plant in its coffee plantation and registered it at the Bureau of Plant Industry-National Seed Industry Council (BPI-NSEC) with Registration No. NSIC 2007 Cf-L 01, NSQCS 17-0001. The mother plant serves as the main source of quality seeds for Barako seedling production.

Another item developed by the Center is Don Severino’s  Aguinaldo Blend Coffee, an expertly roasted and blended broad coffee from high quality Cavite Barako (Liberica) and three other varieties of coffee bean. It is packaged through environmentally sound post-harvest and processing technologies.

Café Severino was established at the ground floor of the CvSU Main Library and Museum. It offers a delightful coffee experience to its customers by serving different types of gourmet coffee, namely: café Americano, cappuccino, espresso, and latte. Café Severino is the number one outlet of Don Severino’s Aguinaldo Blend Coffee.

The main goal of organizing the Philippine Coffee Network is to back-up the Philippine coffee industry by various research and extension activities. Its mission is “to help one another through capacity building, research collaboration, and strengthening partnership through sharing of resources and expertise.”

Thirty (30) State Universities and Colleges (SUCs) served as the founding members of the Network.

The congresses gathered the coffee stakeholders to discuss issues, challenges, and opportunities in the coffee sector not only locally but also in the region.

For the first local congresses, CvSU President Dr. Robles said that “This event is the start of a new beginning for the coffee industry not only in Cavite, but also throughout the country.” 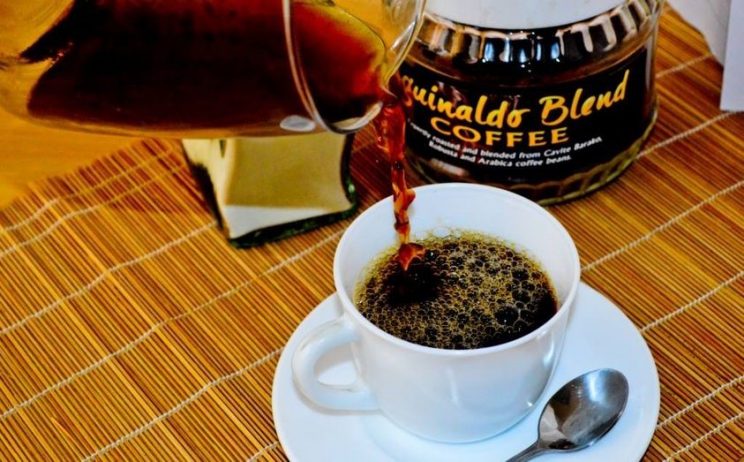 The CvSU–NCRDEC, in cooperation with the CvSU Knowledge Management Center (CvSU–KMC), officially published in February 2021 the maiden issue of the Philippine Coffee Journal (PCJ). Volume 1 of the Journal, dated January–December 2020, consisted of five refereed research papers––two on natural sciences, and three on social sciences.

PCJ is a compilation of scientific papers that focuses on the results and outcomes of research, development and extension (RDE) activities on coffee conducted by the different higher education institutions (HEIs) and other government RDE institutions.

The assistance to various stakeholders was conducted by NCRDEC through the empowerment of the socio-economic well-being of coffee farmers and other stakeholders; development of an effective marketing strategies for coffee; conduct of farm tours for coffee enthusiasts; conducting seminars/webinars and short training programs; among others, says CvSU Vice President for Research and Extension, Dr. Melbourne R. Talactac.

The NCRDEC through its concerted efforts has started the first few steps in serving as the vanguard of Philippine Coffee Industry. Likewise, it enhanced its linkages with national and international agencies, thereby increasing the support for the Philippine coffee industry.

At present, NCRDEC has established the coffee roadmap as a guidepost for bringing Philippine coffee back to the world market, so as to boost the industry and empower the coffee stakeholders, especially coffee farmers.

How to prevent and reduce food waste at home