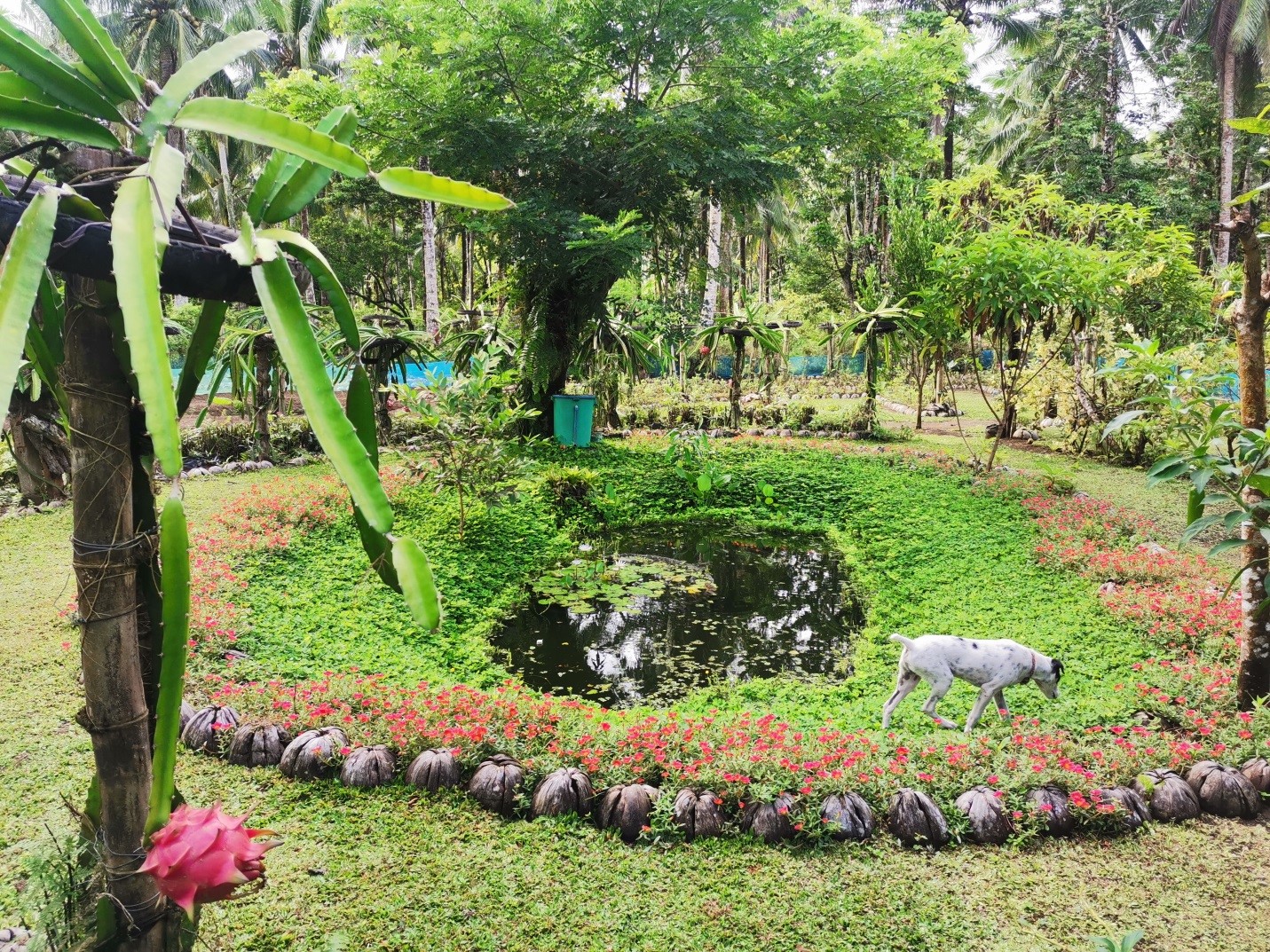 Elnino Garden in Camarines Norte has evolved from only growing flowering plants to also raising more crops and fish like tilapia.

It takes time for one to move forward after losing someone they love. People have their own ways to grieve. For Eduardo “Daboy” Odi, growing a garden with his mother, Lorenza, was his way to cope with grief after his father’s death. 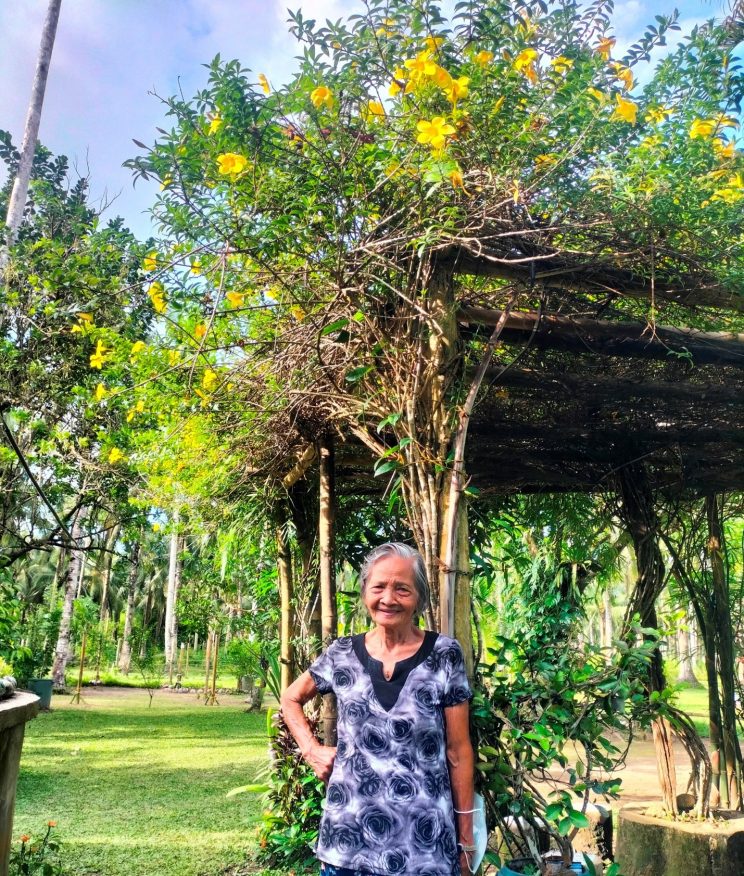 The garden owner and mother of Eduardo posing under the yellow bell plants.

His parents’ land in San Vicente, Camarines Norte has long been planted with fruit-bearing trees like rambutan, coconut, and banana. In 2015, Odi decided to add more plants to it, mixing both ornamental and edible varieties. 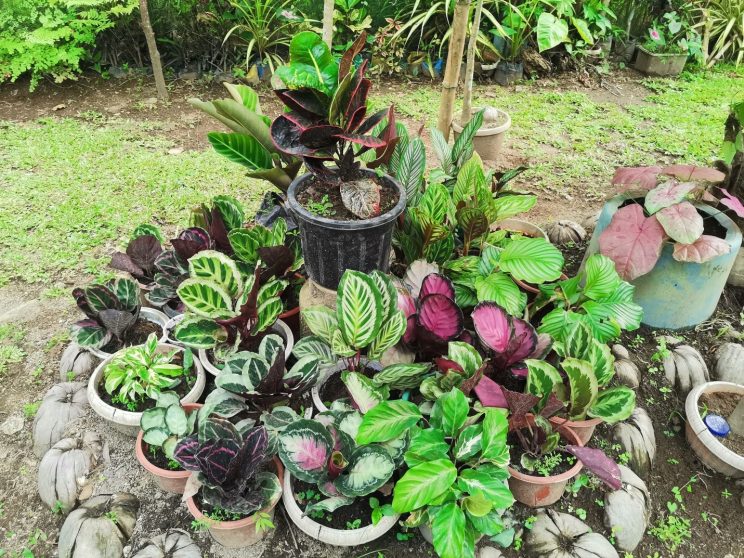 Approximately 100 square meters are devoted to ornamentals in the garden. Elnino Garden in Camarines Norte has evolved from only growing flowering plants to also raising more crops and fish like tilapia.

The 1000 square meter garden is situated within the family’s three-hectare coconut plantation that, up to this day, is still productive.

The property is also equipped with a few ponds where Odi raises tilapia and water lilies. Numerous plants coexist on the land, but the mother-son duo’s current focus is the cultivation of dragon fruits. Elnino Garden, as of the interview, rears a total of 500 tilapia fish in their two ponds.

During the dry season, watering the plants in the garden is normally carried out three times a week, while water is kept to a minimum during the wet season.

Water from the fish pond is also sometimes used to keep the garden hydrated.

They also make use of natural fertilizers and pesticides like oregano extract to keep the crops healthy and protected from pests and diseases. 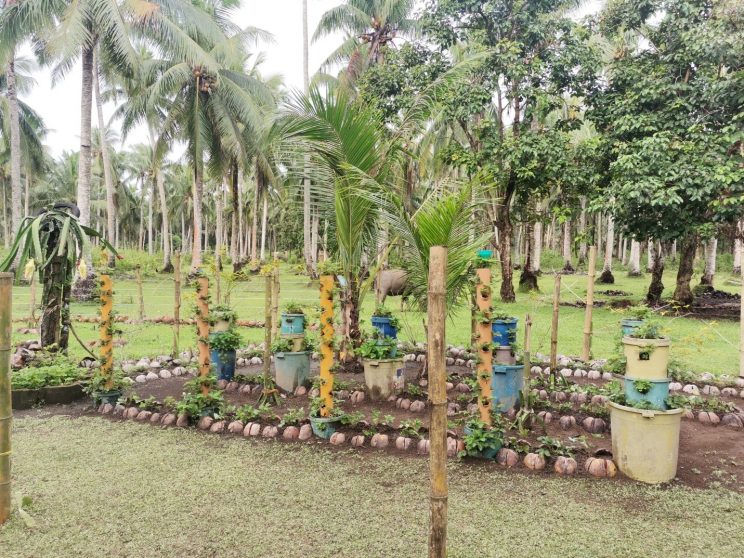 One of Odi’s obstacles in building his garden is budget constraints.

He makes the best use of the available resources, allowing him to cultivate more plants on-site. Putting some produce on the market also aids with the garden upkeep.

Although the majority of the garden produce is for personal use, Odi does not limit the possibilities of having his own product line in the not-so-distant future.

“We’re in the research and development phase of creating dried or dehydrated products out of our garden produce.”

On top of these, they are also studying the commercial production of azolla. 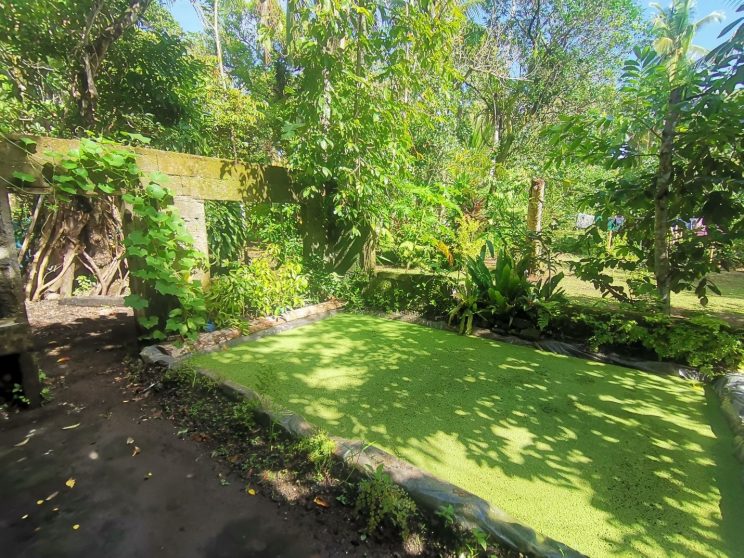 The garden is currently experimenting with the production of azolla for possible commercial use.

Odi, with the support and help of his mother, made it a point to be hands-on with the garden development and management, from determining which crops to plant up to marketing the produce. He also collaborates with his nieces and nephew on the technical and marketing needs of his venture.

At this point, Odi aims for a garden that not only uses organic methods and consistently offers produce and value-added goods, but also functions as a learning facility for people who want to start growing at home.

Aside from the garden being a source of food and hope, Odi also finds solace in a place that reminds him of his late father.

The difference between butter and margarine