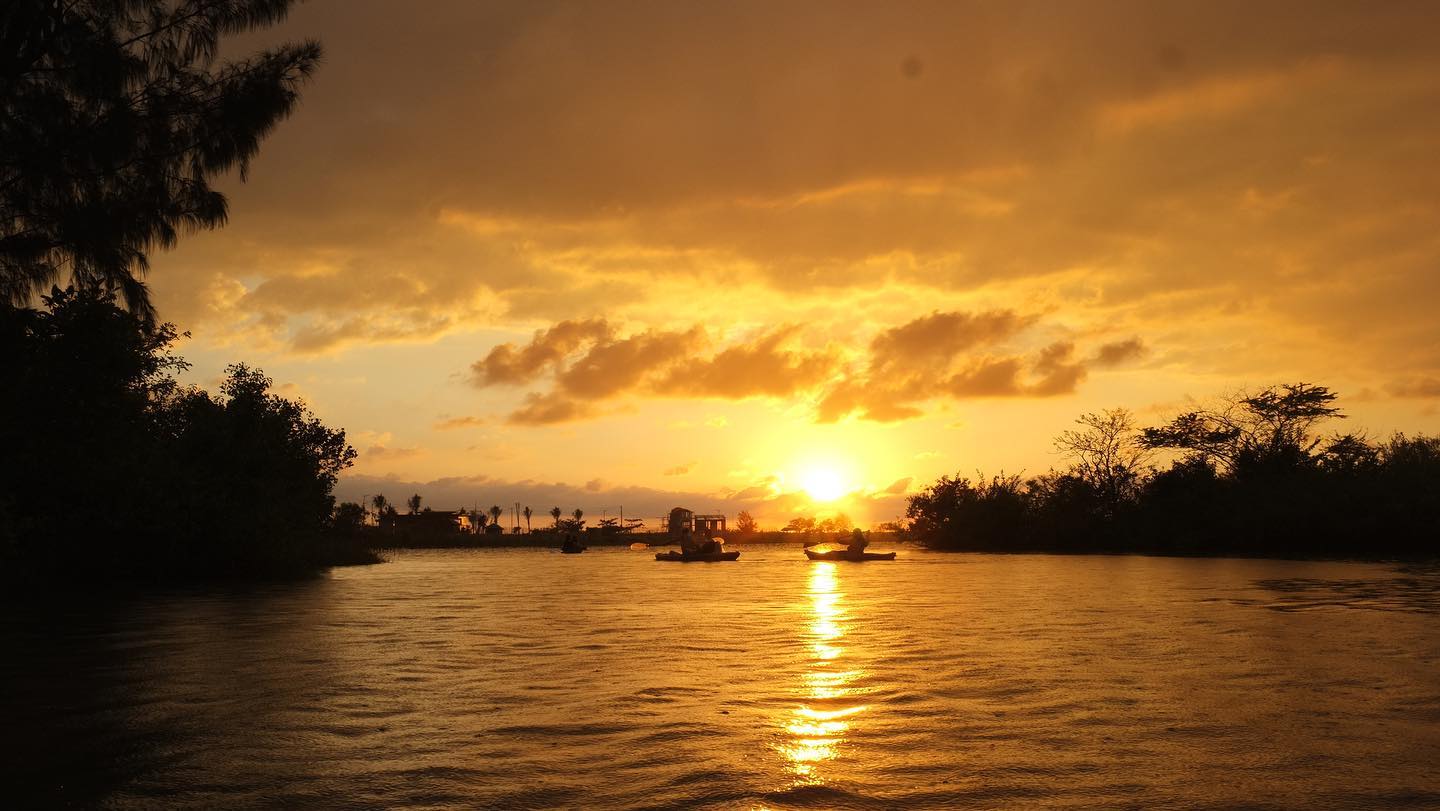 Located along the sandy shores of Zambales, Sambali Beach Farm started as a hobby that eventually flourished into a productive farm.

For some time, Ching Camara lived by herself along the sandy shores of Danacbunga, Botolan in Zambales. Surrounded by sand and with free time on her hands, Camara decided to engage in farming.

Camara always had an affinity for plants. She grew up following her mother as she tended to her plants in a large garden. Following in her mother’s footsteps, Camara had plant boxes built so she could start growing plants herself.

“There was a Ramgo store near my daughter’s school where I would go to buy seeds and look around while waiting to pick her up,” she said. 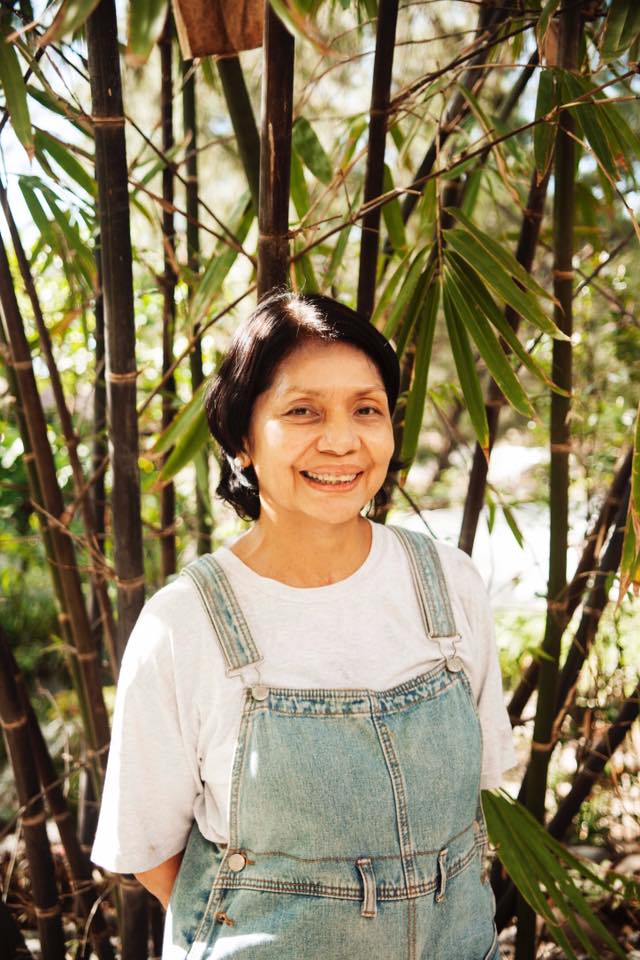 Ching Camara, the founder of Sambali Beach Farm, started farming in the 1990s. It wasn’t until the 2000s that her efforts began to intensify.

She also read up a lot about farming online and dove right into the activity. A friend of Camara also referred her to a trainer in Bacolod so she can learn more about the basics and other farming techniques such as vermiculture.

“My husband also studied agriculture so he would help me on the more technical side if I needed anything,” Camara said.

She started by growing herbs and bamboo because of her interest in them. As she gained more experience and knowledge, Camara’s farm soon expanded.

Camara started farming during the 1990s but by the 2000s, she and her husband began building a farm that could accommodate more crops and amenities. Camara’s passion for farming and implementation of organic farming principles earned awards from the Department of Agriculture.

Now, the farm she started is known as Sambali Beach Farm, named after its unique location.

From sandy shores to lush farm

When Sambali Beach Farm began its expansion, Camara shared that she had to adopt a hands-on approach because she mostly did everything. Luckily, some of their staff volunteered to help her plant and expand the farm. 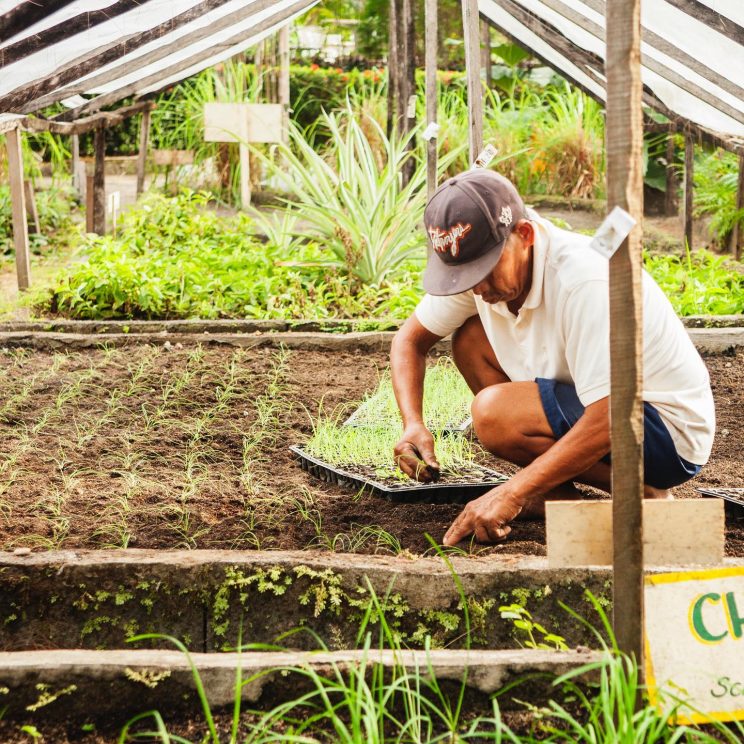 Staff around the farm volunteered to help in planting, thus expanding the farm’s beds and yield.

But the farm’s expansion wasn’t the only challenge that Camara had to face. Since she wasn’t an agriculturist, it never crossed her mind that growing crops on sand would be challenging.

“We ended up putting plastic sheets under our beds to keep the water from seeping down. We just dug a hole around a meter down, then we would get old plastic and put it down there, or coconut shells also. I just had a deep passion for gardening and a strong determination to make things work,” Camara said.

For Camara, Sambali Beach Farm is more than just a farm. It also serves as a place of respite and healing, especially for her. Since she was 16-years-old, Camara suffered major illnesses such as an autoimmune illness called myasthenia gravis, as well as lymphoma and diverticulitis.

“The farm has been a major player in my healing, together with my practice of qigong (an ancient Chinese healing practice that combines meditation, controlled breathing, and gentle movement),” Camara said.

As the farm grew, more elements were added such as free-range livestock.

Sambali Beach Farm also has farm tourism amenities such as rooms and some cottages for guests who visit the farm. Just this year, the farm started offering other activities such as kayaking, paddleboarding, e-biking, surfing, motorbiking, and even tours around Zambales.

And for anyone interested in starting a small organic farm or would like to know more about practicing regenerative farming, they also offer a three-day organic farm training.

The staff all do their best to promote the farm’s eco-tourism aspect and provide their guests with the full “Sambali experience.”

Harvesting the spoils of the sea

Over the years, Sambali Beach Farm has grown into an organic farm that grows crops, raises free-range livestock, and develops different amenities to boost its farm tourism aspect. But because the farm is located along the shores of Zambales, it also engages in sea salt production.

According to Camara, the area is home to a salt-making community and the tradition goes back to her husband’s ancestors, who owned most of the salt beds back in the day. To continue that tradition, the women in the community showed Camara and the staff in Sambali Beach Farm the salt-making process. 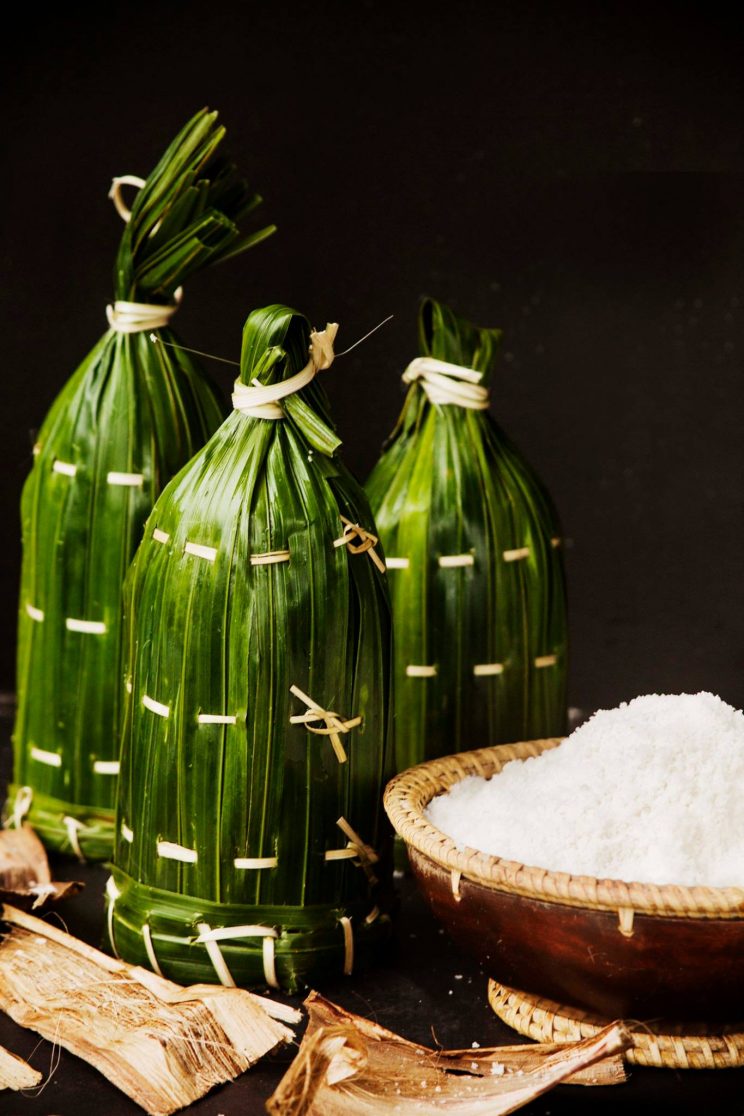 Sambali Beach Farm also engages in salt production. The locals of the community showed Camara how they processed and packaged salt.

Salt farmers use salt beds. When the dry season comes, the dry salt remains in the clay which is then gathered for harvesting. Once the clay is gathered, they pour water on it to remove the salt from the clay. The water is then gathered and boiled away in large steel pans, leaving behind only the finest natural sea salt. Nearby leaves are then used as packaging for the salt.

The women also demonstrated to Camara how they packaged the salt with leaves. Eventually, Camara decided to start selling salt to farm visitors and customers.

Camara shared that due to climate change, their salt harvest has dwindled. But before, they harvested around 100 to 200 kilograms of salt annually.

Aside from salt, Sambali Beach Farm also offers other products that guests and consumers can enjoy. One of their current best-selling products is their kombucha and SBF Iced Tea. In the past, they used to only serve this to guests on the farm. Now, they have started bottling and selling it at some local shops in Zambales and to customers in Manila.

Sambali Beach Farm’s pork is also known to consumers. This is a result of the farm’s organic practices and how the pigs are well-taken care of. The farm also started processing pig meat to create value-added products such as sisig, longganisa, and more that consumers can freeze and cook anytime.

Despite being surrounded by sand, Camara found a way to create a lush environment that grows crops, raises livestock, and harvests salt. It took her several years to get Sambali Beach Farm to become what it is today but it is that time and experience that taught her about farming while fostering her love for plants.

Although Camara started farming to pass the extra time on her hands, her determination to see things through and explore new avenues is what contributed the most to the success of Sambali Beach Farm.

Find all your gardening needs through this hardware store’s hotline

Winemakers are looking towards carbon farming, one of the oldest agricultural practices