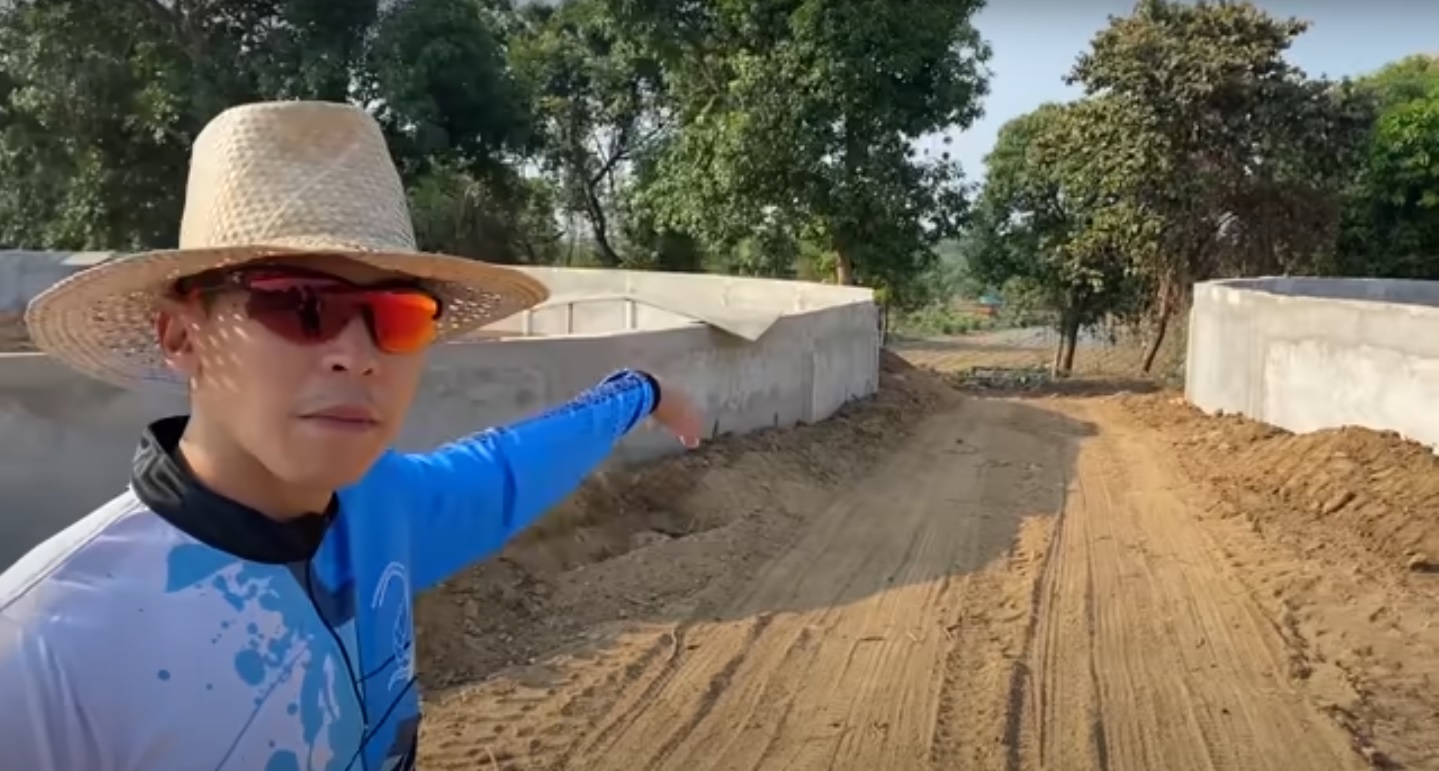 Enchong Dee took viewers on a tour of his Palaya Shrimp Farm on his vlog.

Many Filipinos engaged in farming in 2020 since the pandemic posed a threat to the country’s food security. This allowed them to pass the time indoors while cutting costs that usually go to buying products from the market.

Aside from city folk, celebrities also showed an interest in growing food or caring for plants. One of them is Enchong Dee, or Ernest Lorenzo Velasquez Dee, a known actor, model, and swimmer.

Dee is popular for his roles in TV series and movies. But when the pandemic struck, he shifted his attention from show business to investing in food production because he recognizes the importance of food in the community. 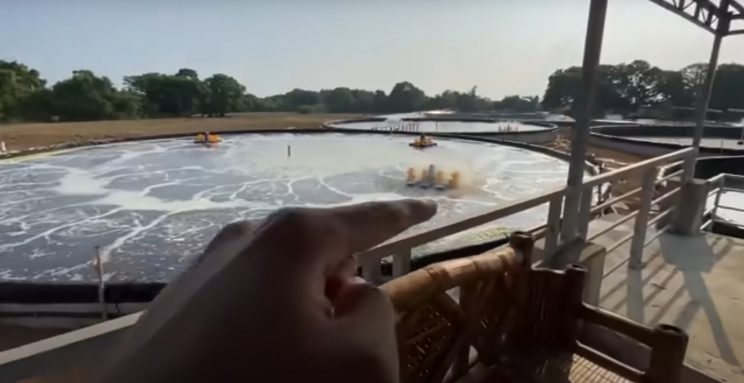 He shared on his vlog that one of the developments he made following his journey towards food production is a shrimp farm called Palaya Shrimp Farm in Palauig, Zambales. He visited the farm to see the developments made.

Two tanks were also established on the farm to raise bangus alongside the shrimps. Dee added that they also added rotators in the shrimp tank to mimic the flow of water so the shrimps will continue to be in motion and keep them from growing too fast.

Palaya Shrimp Farm uses a filtration system that provides cleaner seawater in the shrimp tanks. Dee shared that the farm uses various techniques to support the growth of the shrimps in ideal living conditions.

Reservoirs are also being currently built on the farm to supply clean water to the tanks in case of an emergency. The staff makes sure that they treat the shrimp properly to promote good quality as they grow.

(Fun fact: Dee shares that when the black vein located at the back of shrimps aren’t straight, it means that they lack feed.) 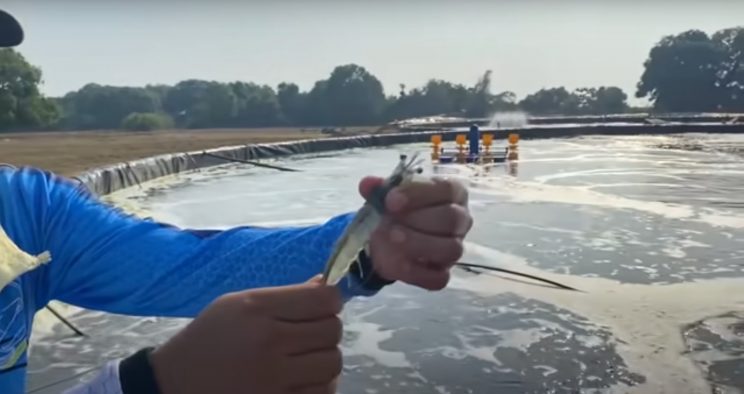 If the black vein located along the shrimp’s back isn’t straight, it means they lack feed.

One element of the farm that Dee highlighted is the presence of catch basins that store the shrimps’ waste. Instead of throwing it out, the actor explained that they will use the waste as fertilizer for their crops. This promotes sustainability and environment-friendliness on the farm.

Aside from the aquaculture elements, Palaya Shrimp Farm also has 1,500 square meters of land that will be developed to accommodate fruit-bearing trees. 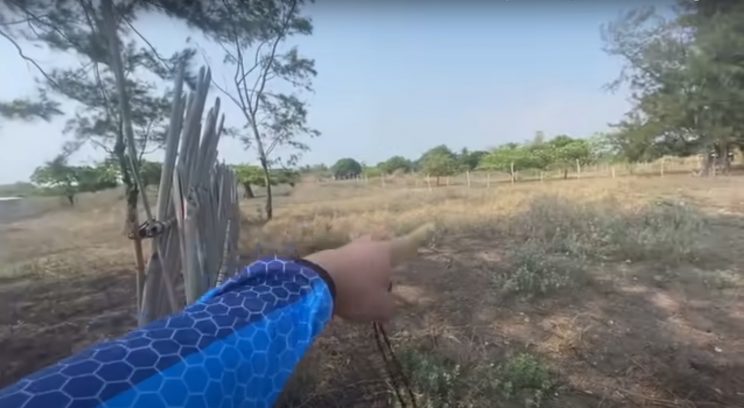 A portion of the farm is being developed for fruit-bearing trees.

The features on Palaya Shrimp Farm, according to Dee, were made possible with the help of his business partner who he calls Kuya Iggy. In his vlog, Dee talks to Kuya Iggy about how proud he is that his business partner saw an opportunity in the middle of a pandemic and transformed the plans they had last year into a reality.

Both Dee and Kuya Iggy believe that the pandemic won’t serve as the new normal for the country and will soon pass. But food will always be a necessity, especially when the amount of food that Filipinos consume showed an increase during the start of lockdowns. 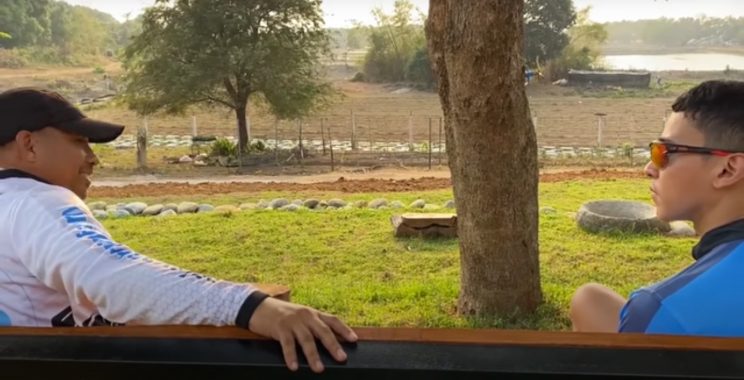 Kuya Iggy is Dee’s business partner in Palaya Shrimp Farm. He made the developments on the farm possible.

Dee ends his vlog about the shrimp farm by encouraging the viewers to invest in something sustainable and helpful in the future, as he did by investing in food production.

Study shows that a food systems transformation is possible

What garlic cloves need to grow happy and healthy