JBO Farm in Bulacan has been breeding rabbits since 2016.

When the farming simulation game FarmVille was a craze in 2010, a Canada-based couple bought a farm in Bulacan, not to play, but to start farming in real life.

Spouses Shirley B. Ocampo and Juancho B. Ocampo, who were living overseas at the time, were offered a property in Bulacan during one of their vacations in the Philippines.

After accepting the deal, Juancho resigned from his job in Canada and flew back home to develop the land. The entire family followed suit.

That was the start of JBO Farm.

JBO Farm, named after Juancho’s initials, is a 1.4 hectares of land located in Barangay Matangtubig, Baliuag, Bulacan. It is divided into four sections specifically devoted to a rabbitry, rice field, poultry, and crops. 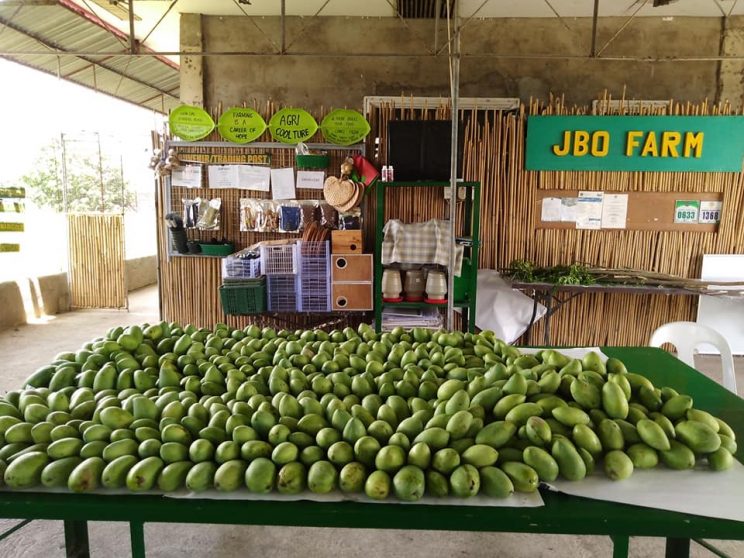 A photo of naturally-farmed mangoes harvested from one tree in 2020. These are sold in Metro Manila and some are donated to the barangay during the lockdown.

The agribusiness was originally a broiler farm when they bought it, but the spouses realized that it wasn’t a good match for them, so they shifted to duck farming.

However, due to a tornado that devastated their land and other challenges they encountered in duck farming, the partners decided to take a hiatus from commercial farming.

Instead, they took their children’s suggestion to raise rabbits, turkeys, and guinea fowl as a hobby.

In 2018, JBO Farm became an ATI-certified learning site. The Department of Tourism (DOT) accredited it as an agritourism site two years later.

Poultry and livestock are the mainstays of the Ocampos’ farm. They have 100 White Leghorn chickens, 100 F1 DZ, and fancy breeds such as Dong Tao, Splash Orpington, Ameraucana, and Cochin. 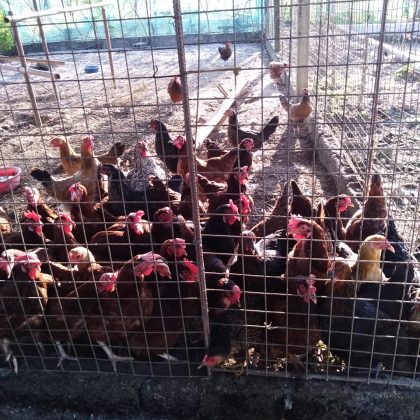 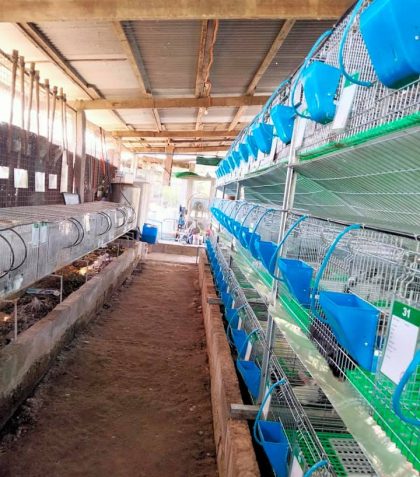 One section of JBO Farm’s rabbitry. The price of rabbits ranges from P600 to P2500, depending on the breed.

They also produce more than 100 rabbits for meat, breeding, and as pets and also care for 20 guinea fowl, 20 Chinese geese, seven peacocks, and two sheep.

These animals are provided with commercial feeds, as well as forage crops that are abundant on the farm.

As an integrated farm, they also grow vegetables and offer occasional pick and pay activity for select crops like eggplant, tomato, and chili.

A family that farms together, grows healthier and better

The family follows a farm management schedule, and their kids are of big help since they carry out farm chores like feeding the animals and cleaning up. 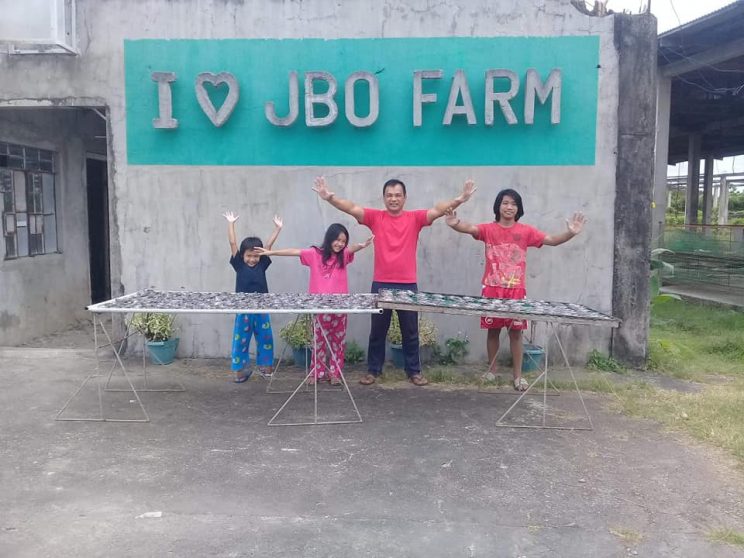 Juancho and their kids posing for a picture.

They save a lot of resources since most of the construction work is performed by Juancho himself. Plus, they make their own natural concoctions like Indigenous Microorganisms (IMO).

From less than 15 rabbits, JBO Farm now nurtures 100 heads. They have become the family’s favorite pets, as well as a nutritious meat source.

JBO Farm in Bulacan has been breeding rabbits since 2016.

JBO Farm eventually rose from the wreckage of the tornado and entered the commercial market again.

Visitors are now welcome on the farm, where they may participate in activities such as rabbit feeding, chicken feeding, and egg harvesting. For only P50, guests can explore the farm site and take home free seedlings and cuttings.

According to Shirley, they’ve learned that when raising animals or crops, knowing the market and studying your personal and financial capability is crucial.

Growing food, in the long run, is rewarding since it ensures the family’s food security and allows you to know where food comes from.

Farming may help one discover a lot of things, whether it’s about lifestyle, diet, or even matters beyond agriculture, which in this case, is settlement.