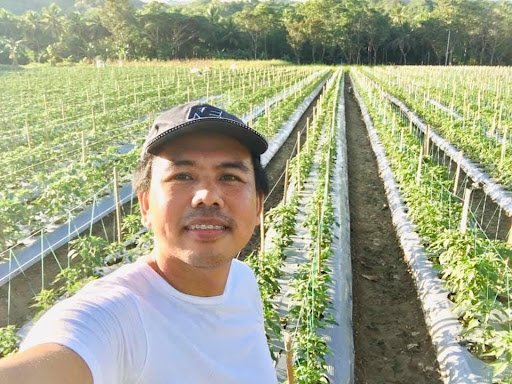 Glindo Pilo Mira, fondly known as Glinx, is a former finance manager who left his corporate job to pursue his passion for farming.

Glindo Pilo Mira, fondly known as Glinx, grew up in the farming village of Guin-angkan, Hinapo in Tomas Oppus, Southern Leyte. His father, and those before him, worked on the family farm for their livelihood.

Mira grew up surrounded by rice paddies, banana, coconut, and abaca plantations. He used to spend his weekends helping his parents plant rice, sweet potato, and corn. Yet when he had to choose his career path, he chose one that led him to the world of finance.

He studied accountancy in one of the leading private colleges in the province, allowing him to start a corporate career in a bank. He also got to work for the Department of Trade and Industry before transferring to a pharmaceuticals and agriculture company, where he became the finance department’s manager. 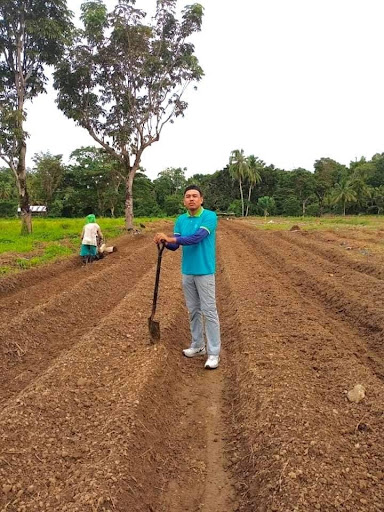 Mira grew up in the farming village of Guin-angkan, Hinapo in Tomas Oppus, Southern Leyte. His father and those before him worked as farmers.

Although Mira was successful in his corporate life, he felt something was lacking, and a voice inside was telling him to follow his passion. He looked back on his life and realized how his humble beginnings influenced the mad he had become.

Eventually, he decided to leave his comfortable life in the corporate world and return to his roots.

“Farming appeals to me because of its connection to food and eating. I know sharing meals has the power to build relationships and communities, and I believe that strong communities are a foundation that allows the individuals within them to flourish,” Mira said.

Mira moved back to Southern Leyte and began farming in 2017. He was inspired to develop the countryside and the community to generate jobs and alleviate poverty. He began by planting sweet potatoes and corn before he decided to add sweet peppers to his crops. The farm, which measures 2.4 hectares, was later named Mira Integrated Farm. 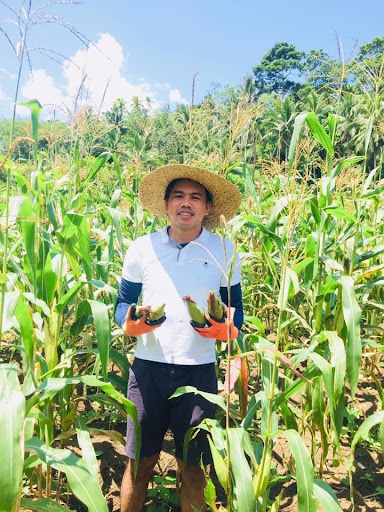 Corn and sweet potatoes were the first crops that Mira planted on his farm.

The sweet pepper plants presently occupy around one hectare of the total land. The rest of the area is used to grow vegetables like eggplant, okra, sitaw, cucumber, pechay, and some fruit-bearing trees like mango, lanzones, santol, caimito, and mangosteen. 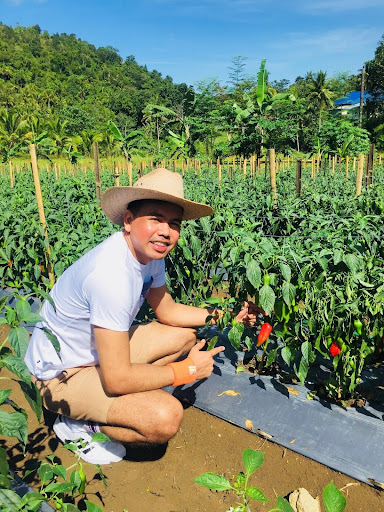 The finance manager turned farmer shares that he uses a variety of natural farming practices to maintain the farm.

“We use a mixture of chicken dung, goat manure, rice hull and rice stalks as our base organic matter together with the soil. And during the growing stage of the plants, we use commercial organic fertilizers and pesticides,” Mira said.

He added that he chose to implement natural farming practices because it fosters sustainability in the long run. Natural farming also allows Mira Integrated Farm to produce food while establishing an ecological balance to promote soil fertility and combat pest problems. 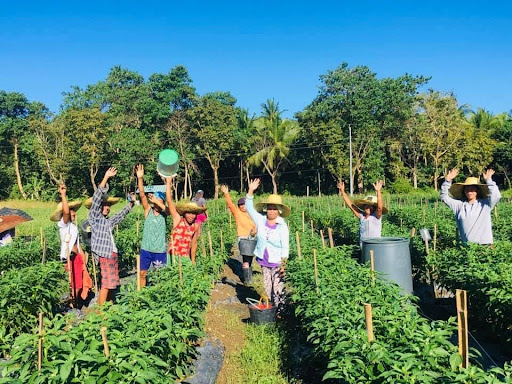 Mira Integrated Farm aims to become the first organic farm in Southern Leyte by the end of 2022. Mira also hopes that it will generate a livelihood and develop his community.

By the end of 2022, Mira envisions the farm to be the first organic farm in Southern Leyte.

Encouraging the youth to farm

For several years now, the agriculture industry has been enticing younger generations to consider farming as a viable career. A recent survey conducted by the University of the Philippines Los Baños showed that the average age of the Filipino farmer is around 53-years-old. If that average holds, the country might reach a critical shortage in about 12 years or so.

“It is essential that we invest today in the agricultural professionals of tomorrow. We need to show young people that agriculture can be a fascinating, responsible, and highly diversified profession,” Mira said. 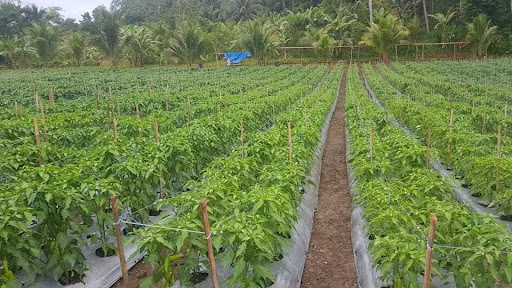 According to Mira, it’s important to encourage the youth to farm.

He shares three Es that could help spark the youth’s interest in farming: empathy, engagement, and empowerment.

“The first is to start with empathy. Putting themselves in the shoes of those in the agriculture sector will help them understand the situation better,” he said.

Next, Mira said that the youth should engage and leave a positive influence on others about farming. As the generation that uses modern technology such as smartphones, the internet, and social media platforms, they can continue to promote agriculture and help it adapt to the changing times.

Lastly, the finance manager turned farmer shared that the youth should be empowered since they have their own goals and advocacies for the agriculture sector.

“It is now high time to let the youth be heard, especially when it comes to talks regarding agriculture because they are the future,” he said.

After realizing that a career in the corporate world wasn’t completely fulfilling, Mira decided to return to his roots and engage in farming. Through farming, he gets to carry out his vision of producing food while preserving the environment and providing high-quality and nutritious food to his community.