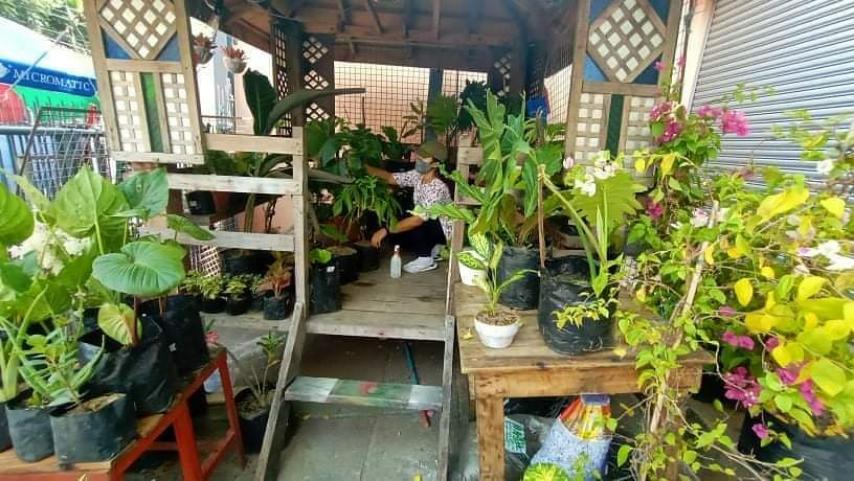 Lolo Boy's Plant House was created so displaced workers from a food business can still receive salaries amid the pandemic.

When the pandemic struck in early 2020, many industries suffered from the closing of the economy and strict quarantine protocols. Among them was the food industry. Many small to medium-sized enterprises ceased operations because of the temporary cessation of dining inside restaurants.

Genielyn Lorenzo, a business owner based in Quezon City, saw how this could affect many of their loyal employees.

“Our food business, Dario’s Grill, was challenged at that time. One of our stores was about to close down due to high operational costs. We did not renew the space where we started the business 10 years ago,” she said. 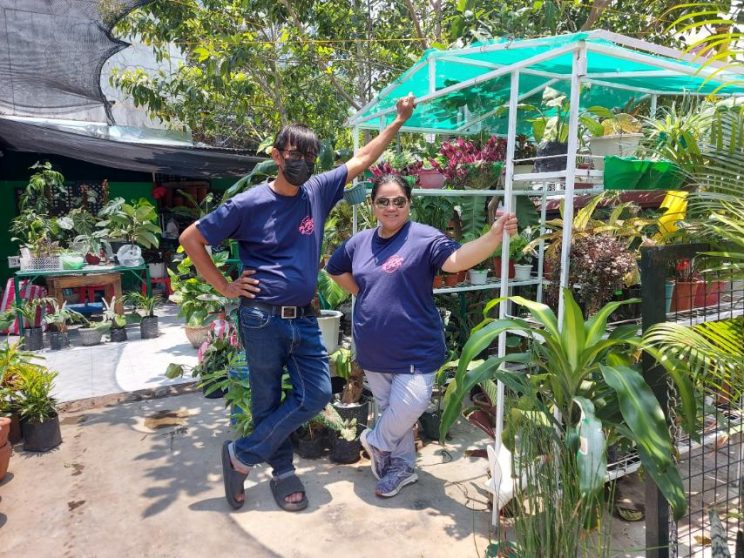 To avoid displacing their workers during this trying time, she decided to turn her hobby of growing plants into a full-time gardening business called Lolo Boy’s Plant House.

Lorenzo shared that the name was a tribute to her father, who inspired her to start gardening. They opened an empty small kubo kiosk in the Dapitan Tiangge last August 30, 2020. 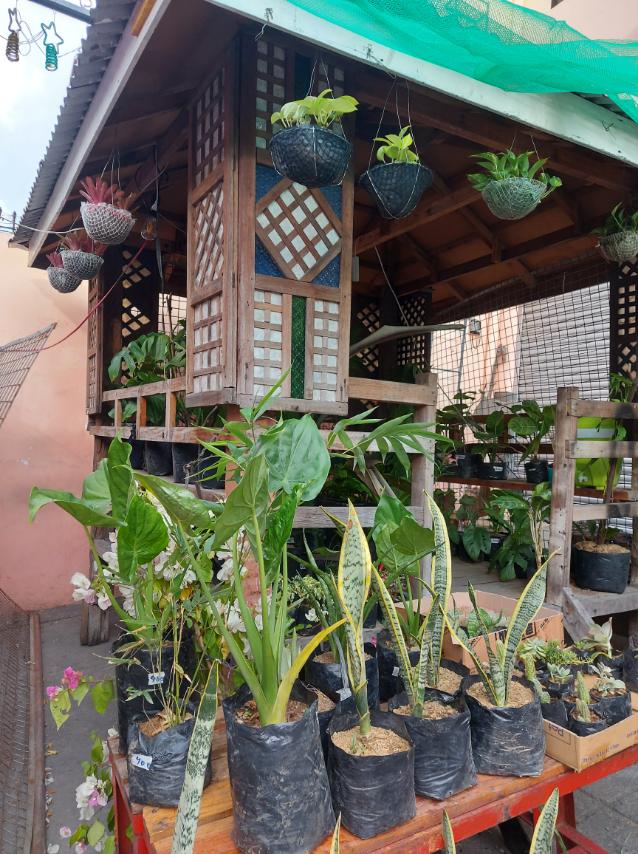 The first branch of Lolo Boy’s Plant House was in a kubo kiosk in Dapitan Tiangge.

“My father passed away last December 1, 2020, but I am sure that he is proud that we celebrated our first anniversary and that we now have two branches after a year of building this plant business,” she said.

Getting involved in the plant business

Dario’s Grill had four physical stores before the pandemic. But now they’re down to two physical stores. The displaced workers in the two branches that closed down were transferred to the others that were still operational, but the high operational costs still threatened Lorenzo’s business.

She was determined to save the workers so when Lolo Boy’s Plant House was established, she decided to employ some of the workers from Dario’s Grill. 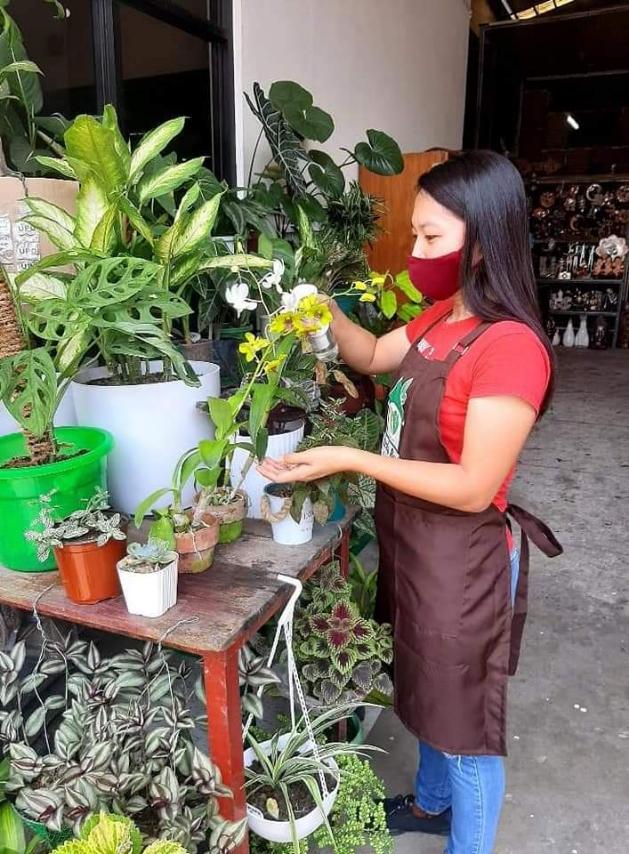 Edna is one of the food servers from Dario’s Grill. She now works as a plant crew for Lolo Boy’s Plant House.

Although the plant business wasn’t what the workers initially signed up for, Lolo Boy’s Plant House allowed them to receive their salaries despite the pandemic.

To further equip the workers to meet the demands of gardeners, Lorenzo asked them to download plant identification apps so they can be familiar with the different species since several clients are particular about plant names. 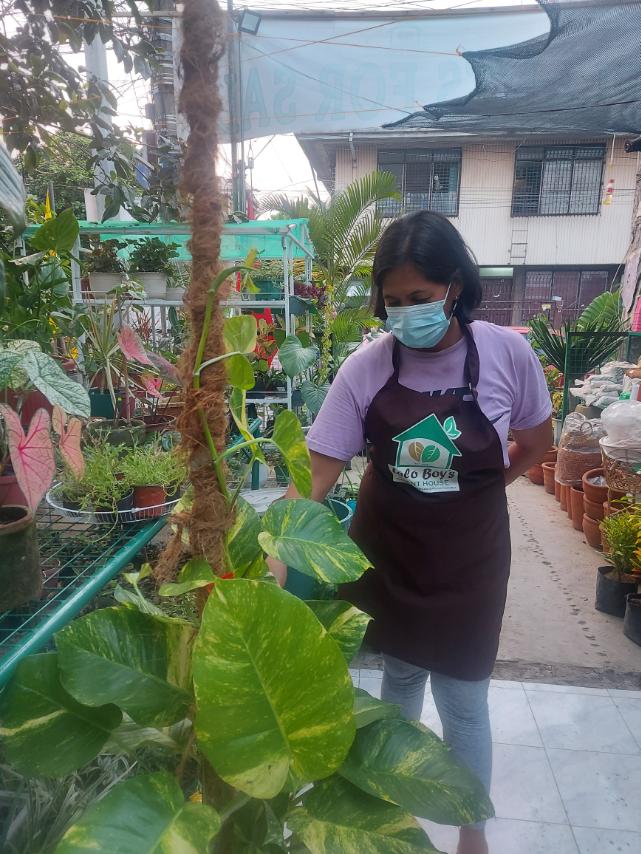 Workers in Lolo Boy’s Plant House eventually became familiar with the plant species in their care.

According to Lorenzo, she learned the basics of growing plants from her father.

“He loved gardening so much, from planting fruit trees like cocoa and mango trees, orchids, and anthuriums. He would involve us every time he would plant or garden,” she said.

She recalls her father planting acacia trees in front of an elementary public school a few meters away from their house in Tarlac. Eventually, her father’s love for plants rubbed off on Lorenzo.

When she was in high school, she had an orchid garden which she maintained and grew by saving her allowance from school. During the summer, she would earn money from selling ice, ice candy, and comics. Lorenzo’s savings would go to buying dendrobiums and vanda orchids, which were expensive at the time.

“I revived my love for gardening when the pandemic hit last year. Our street was closed due to the lockdown in March 2020. As an effect of the lockdown and boredom, I started to plant vegetables in front of the house in plant boxes,” Lorenzo said. 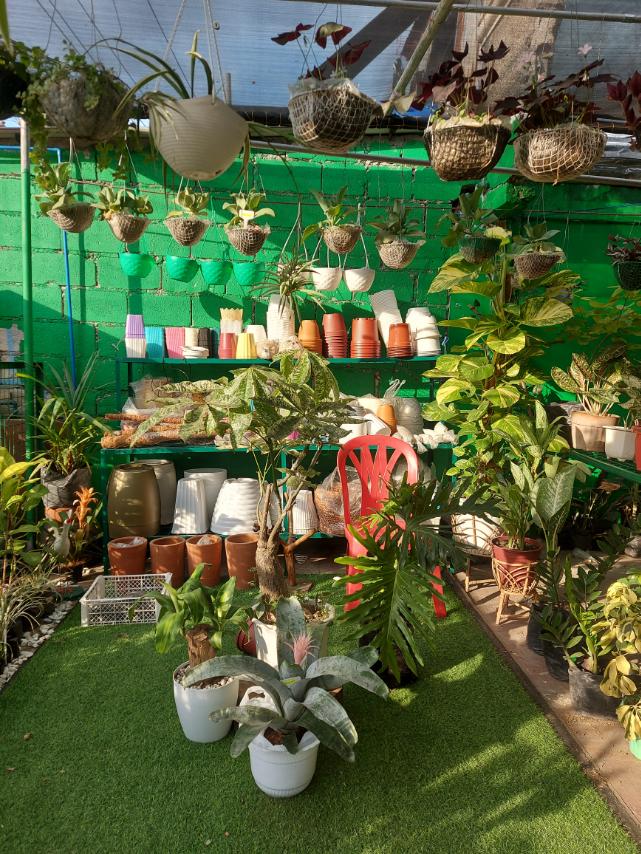 Lorenzo’s love for plants started at a young age because of her parents.

Some of the vegetables that Lorenzo grows include eggplant, okra, pechay, lettuce, and arugula. As the lockdown continued, she eventually added ornamental plants like aglaonemas, syngoniums, fortune plants, monsteras, begonias, calatheas, and more into her garden.

But among the plants she cared for, the monstera deliciosa has sentimental value because she bought it while coping with her father’s passing.

“It sparks joy every time I see it and it reminds me that life should go on,” she said.

Despite the unfortunate events that happened during the pandemic, Lorenzo persevered and adapted to the current conditions. As a result, she was able to establish a plant business that meets the demands of many gardeners, providing income for the workers in her food business, and honoring her father who inspired her love for plants. 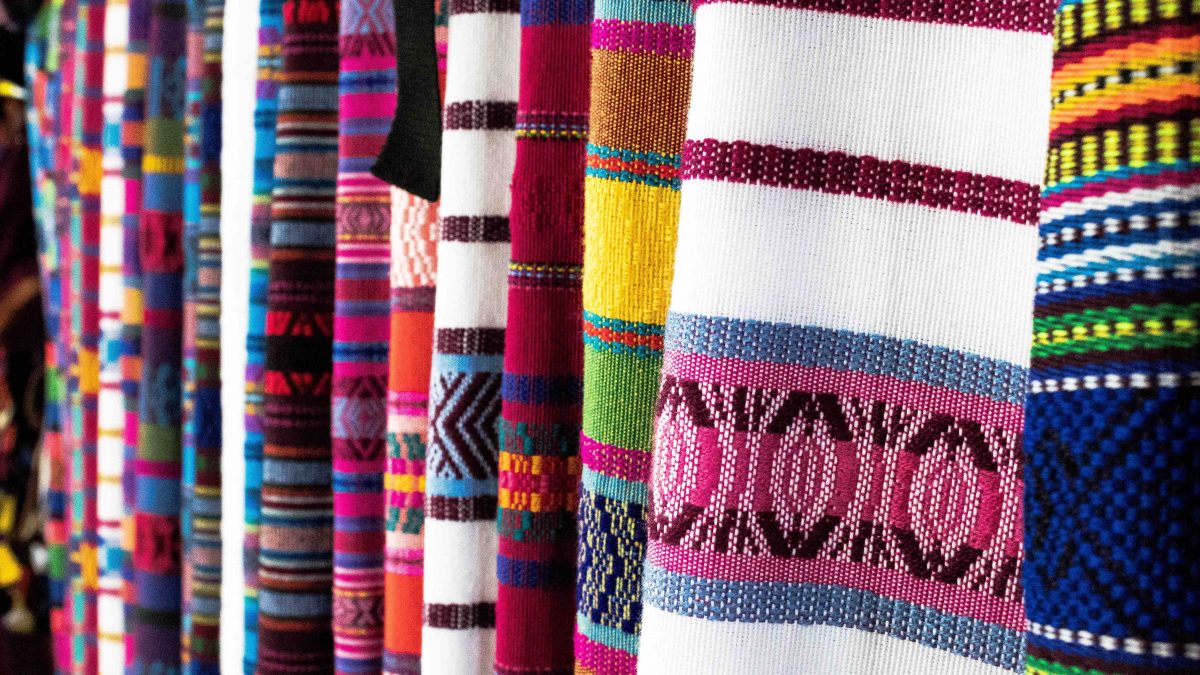