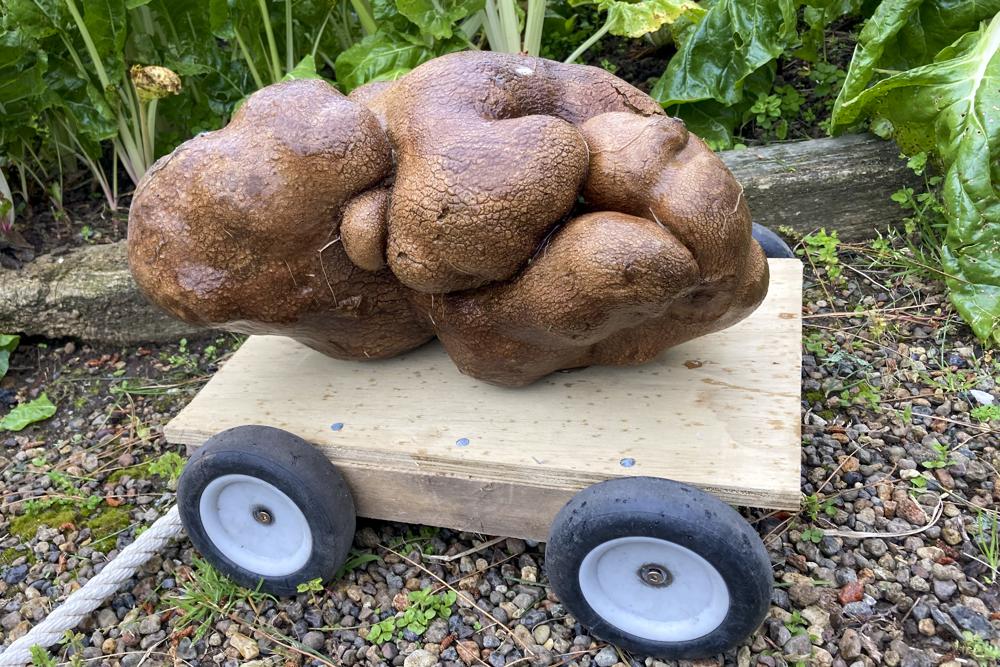 Doug the potato (Photo from Donna Craig-Brown via APNews)

Two gardeners in New Zealand unearthed a large discovery after weeding their garden. Colin and Donna Craig-Brown were surprised to find a potato that weighs a remarkable 7.9 kilograms, equal to a couple of sacks of regular-sized potatoes or one small dog.

Although the couple described the potato as “ugly, mutant looking,” they named it Doug after the way it was found and even built a small cart to carry Doug around their small farm where the potato has become quite a celebrity.

Doug is currently running for the Guiness World Record of largest potato, which is still held by a 2011 entry, a potato from Britain that weighed under five kilograms.

The New Zealand couple said that they’ve already applied to Guinness to have Doug recognized but are still waiting to hear back. In the meantime, the British potato remains the record-holder.

Pampanga native maximized 1,200 square meters to establish a farm for her retirement