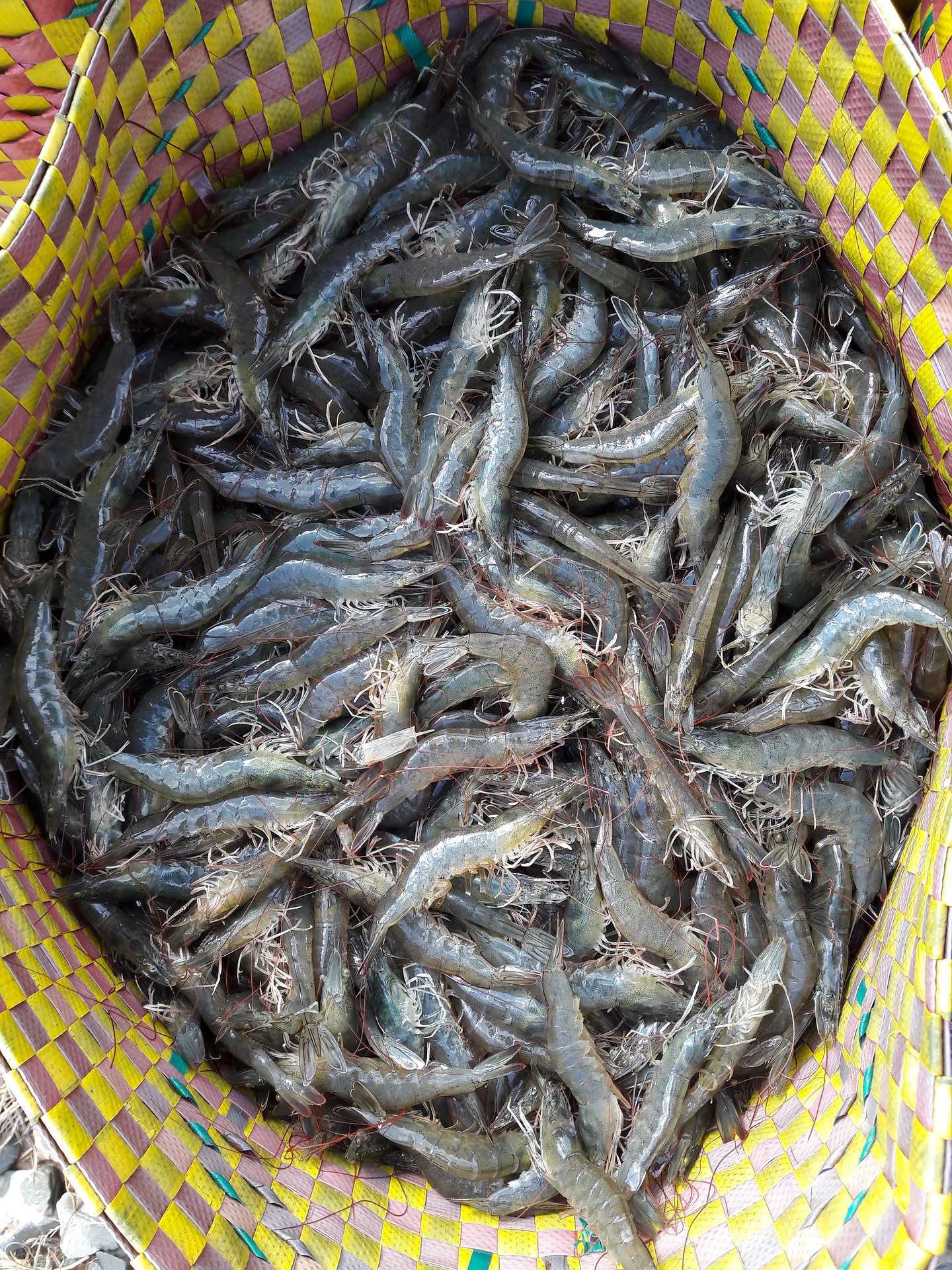 Image by Vy Vy from Pixabay.

Many fishes and other marine species are farmed for human consumption.

However, as the demand for seafood grows, aquaculture in Southeast Asian countries, including the Philippines, causes negative impacts on the environment, the communities that benefit from it, and the farmed aquatic animals themselves.

Mismanagement of aquatic resources, substandard farm practices, and lack of awareness on sustainable aquaculture are some of the reasons that contribute to this issue.

Tambuyog Development Center, Inc., a non-governmental organization (NGO), initiated the ‘Farmed Shrimp Welfare Campaign’ in hopes of mitigating its negative impacts. The campaign stresses the importance of animal welfare in the production of shrimp and other farmed aquatic species.

The Philippines is the world’s eighth-largest shrimp producer and the fourth largest in Southeast Asia. Owing to this, shrimps are more viewed as products or commodities rather than animals. This is one reason why the campaign focused particularly on shrimp.

“It is high time to treat shrimp as an animal, not a commodity because from the hatchery itself, there are already injustices in our shrimp,” said Wilfredo M. Cruz, the director of BFAR Region 3, the country’s major shrimp producer.

Raising issues in the production of shrimp and other aquatic animals

One part of the campaign is ‘Hipon Komiks’—a comic, primer, and animated video—that features a story titled “Mono Don and Vanna Mei: The Happy Shrimps.”

The characters in the tale are named after the world’s most farmed shrimp species: whiteleg shrimp (Litopenaeus vannamei) and black tiger prawns (Penaeus monodon). 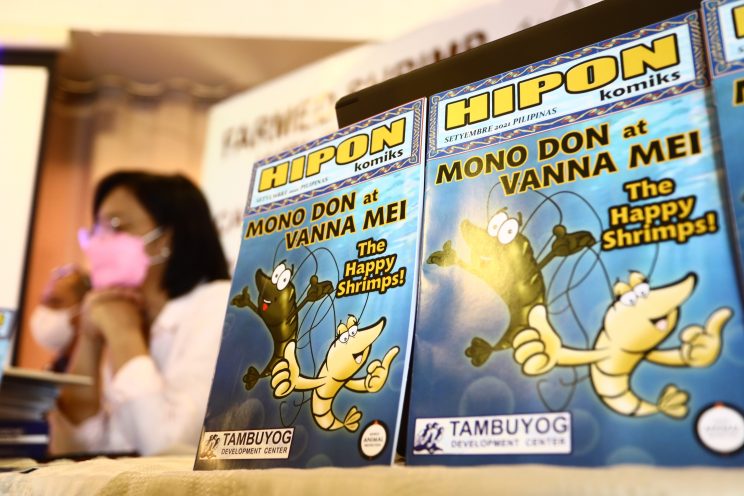 The story mainly tackles the common concerns in shrimp farming, including poor feeding practices, overstocking, and lack of biosecurity measures.

“Although aquatic animal health and food safety issues of aquaculture have been subjected to certification and international compliance in international trade for years, aspects of animal welfare have not been adequately subjected to compliance or certification as part of the standards for Good Aquaculture Practices (GAqP),” said Dinna Umengan, Executive Director of Tambuyog Development Center, during the press launch of the campaign.

If shrimp aquaculture farms comply with the animal welfare standards and methods, they will be able to maximize social and consumer benefits, while also reducing negative environmental repercussions.

Improving animal welfare will result in lower mortality and chances of disease infection, plus a higher production rate.

Good water quality, appropriate fish stocking density, better feeding techniques, aeration, strict monitoring, and proper handling of fish by minimizing their stress and suffering during harvest are some of the prerequisites for sustainable aquaculture.

By adhering to the requirements set forth by the authorities, stakeholders or players in the aquaculture industry can ensure animal welfare and food safety among consumers.

“We should strengthen our Good Aquaculture Practices (GAqP), including the welfare of aquaculture species, by focusing on the health and environment of farmed shrimp. It would result in higher productivity for the fishing industry [and would provide safe and quality seafood for everyone],” said Cruz.

Hopefully, the collective efforts of both the private and public sectors would help build a better world not just for the consumers, but also for the aquatic animals.

Pampanga native maximized 1,200 square meters to establish a farm for her retirement