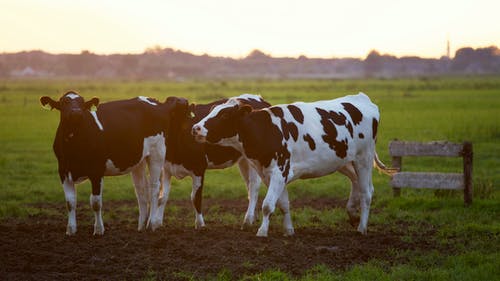 Photo by Matthias Zomer from Pexels

Methane emissions from cattle are one of the top contributors to climate change that many are hoping to address. These gases are a product of ruminal fermentation where bugs in the rumen generate methane gas.

Rumens are the large first compartment of the stomach of cows, where cellulose is broken down by the action of symbiotic microorganisms. Certain compounds and feed additives like supplemental fats and seaweeds can suppress the fermentation process.

Cornell University is hoping to solve this issue by installing four respiration chambers to see what feeds and additives can reduce methane emissions.

The University recently got a $355,00 donation from Cargill and a $200,000 donation from the Genesee Valley Regional Market Authority to construct four respiration chambers in a large-ruminant facility adjacent to Morrison Hall on campus.

The respiration chambers will measure all the gases that come in and the air that the cows breathe before collecting and trapping the emissions.

The respiration chambers will be built and installed next year by No-Pollution Industrial Systems, an engineering firm based in Scotland, to get the chambers operational by fall 2022.