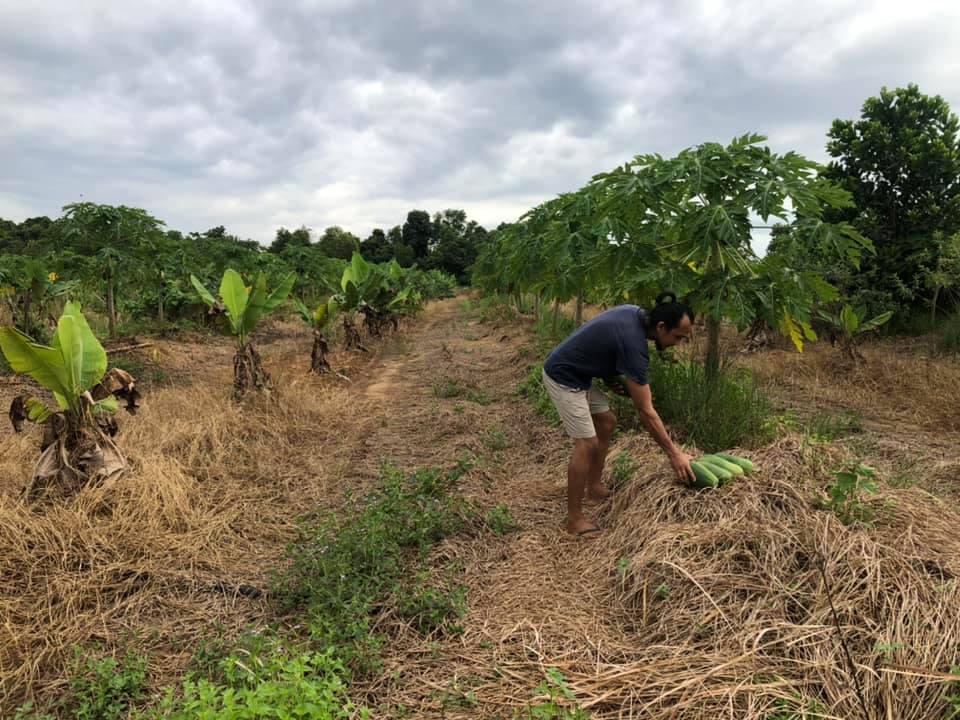 Rodriguez Integrated Farm started in 1980 as a getaway farm for the Rodriguez family. But because of the pandemic, it shifted its purpose to income generation.

Many families go into farming for several reasons. The most common one is to find a source of income and food. But some families also farm to find an activity that brings them closer together while connecting with nature.

The latter is what inspired Rowell Rodriguez to start a farm in Palawan in the late 1980s. According to his daughter, Reina Ramirez, the farm was a family getaway rather than for income generation. The farm started with a few cashew trees before the family began breeding various animals and planting tropical fruit trees.

“Our father likes fruits very much and has a habit of collecting seeds of various fruits. One of his dreams is to provide his family with high-yielding fruits that they can enjoy for generations to come,” Ramirez said.

Rodriguez’s dream and the farm’s purpose changed when the COVID-19 pandemic hit the Philippines. Before the pandemic, the Rodriguez and Ramirez families were engaged in tourism-related businesses. They had to shift to farming as a source of income when quarantine protocols were implemented.

It was Reina’s husband, Edemin Ramirez, who came up with the idea of raising free-range chickens naturally to meet the demand for chicken meat in the province. 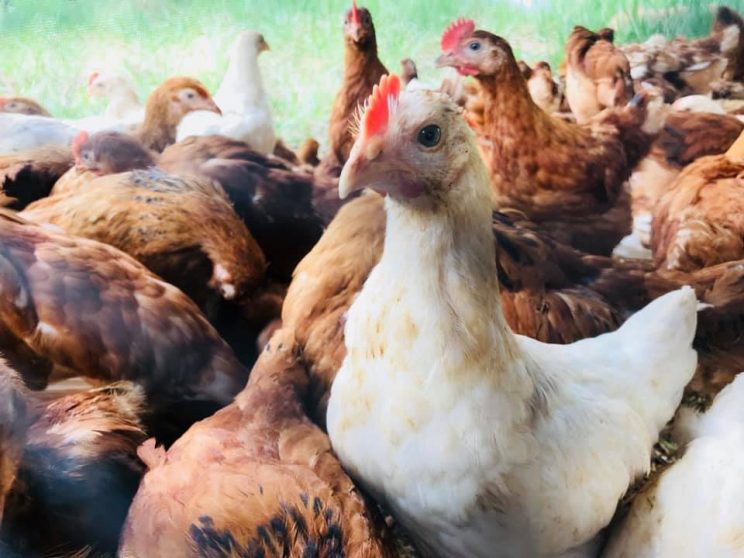 It was Ramirez who suggested that the family venture into free-range chicken farming.

Together, the Rodriguez and Ramirez families formally established Rodriguez Integrated Farm in 2020 as the first and only source of naturally-raised, free-range chicken meat in Palawan.

A family that farms together

Since present operations of Rodriguez Integrated Farm come from the efforts of both families, members from both share responsibility in managing the farm.

Rodriguez sits as the president and CEO while his son-in-law, Ramirez, acts as the director for their poultry section. Rodriguez’s daughters, Reina and Reiza, are the sales and marketing head and the administrative director, respectively.

“Our farm has two sections for poultry farming. One is the natural, free-range section while the other is the nursery for other heritage chickens,” Reina said.

The farm’s naturally-raised chickens are also divided into three sections for brooding chicks, adults, and layer hens. The chickens are provided with bamboo enclosures for shelter against extreme weather conditions and a netted pasture to protect them against predators while grazing. 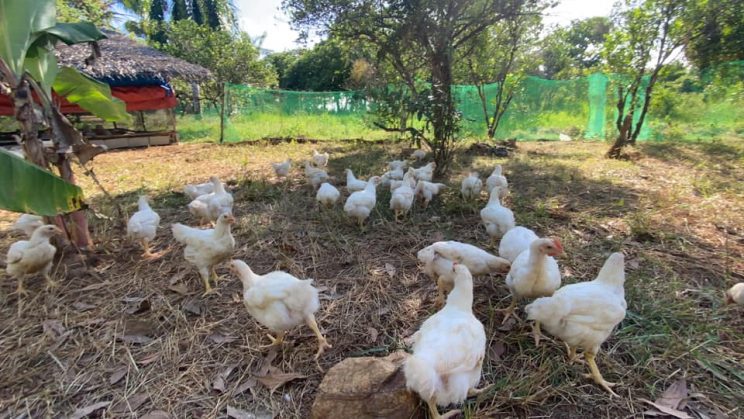 The chickens are provided with bamboo enclosures for shelter against extreme weather conditions and a netted pasture to protect them against predators while grazing.

The chickens are mostly fed with grains such as (small, broken particles of milled rice), GMO-free corn, and soya; greens like super Napier, mulberry, Azolla, and banana trunks; and fruits like papaya, fresh coconut, and banana. 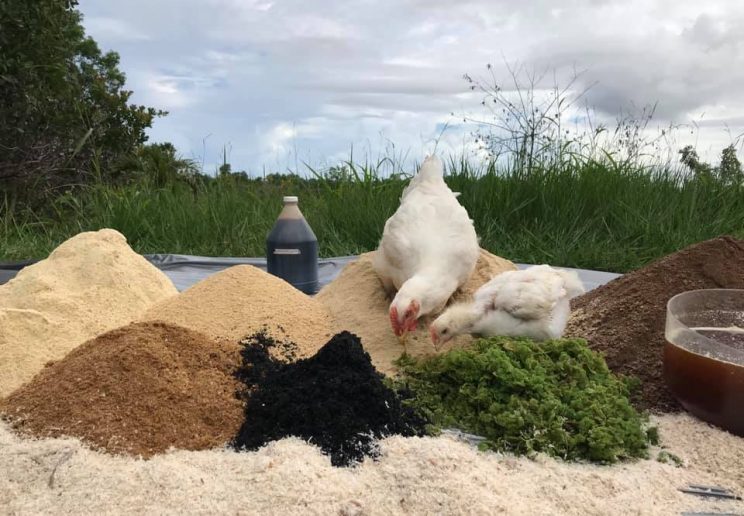 “For medicine, we use a concoction of herbal remedies. No growth hormones are injected,” Ramirez said. 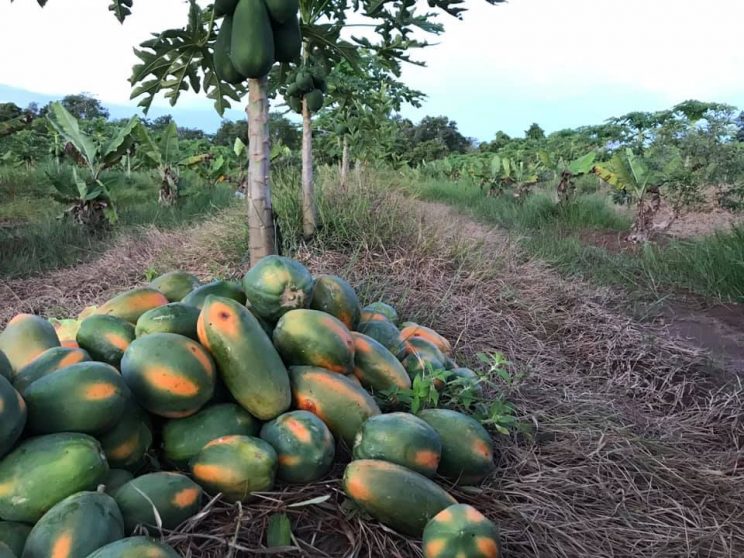 The family continued Rodriguez’s legacy by planting more fruit-bearing trees on the farm.

“Various fruit trees such as mangosteen, durian, and lanzones are also scattered around the property. Our most prolific crop so far is our Rongrien or Malaysian rambutan, which generated more than a few tons of fruits in the past three years,” Ramirez said. 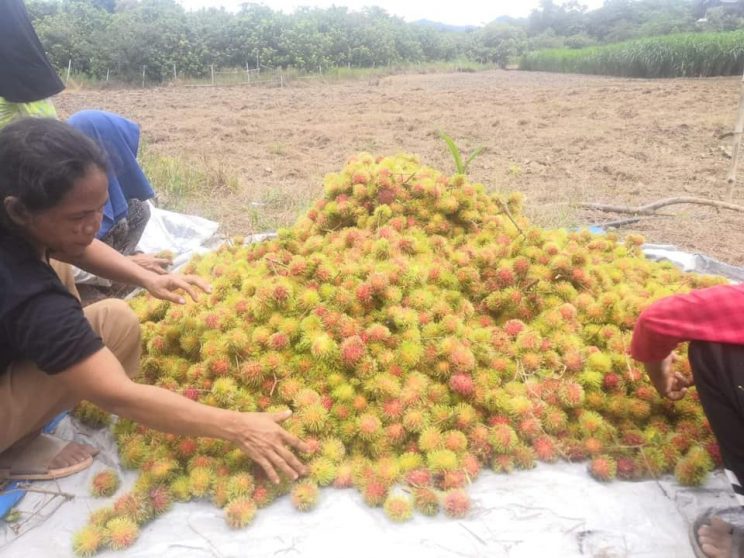 Ramirez said that they’re most prolific fruit on the farm is the Malaysian rambutan.

Rodriguez may not have started the family farm as a source of income, but it became handy when the pandemic started. It also became an avenue for him and his family to bond while tending to the needs of the plants and animals on the farm.

To cage or not to cage: What setup works best for chickens