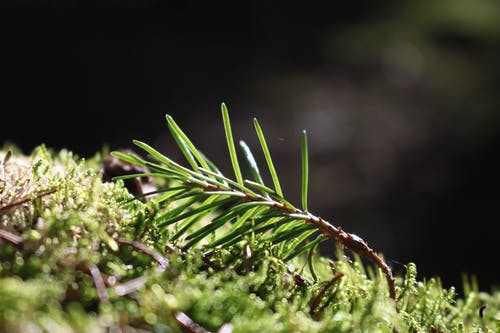 Photo by Silas from Pexels

People have a negative perspective on weeds because these take up space in a garden or farm and compete with plants for nutrients. Farmers and gardeners usually uproot weeds to keep plants healthy and their area tidy. But Flor Tarriela, the chairwoman of Philippine National Bank (PNB) and owner of Flor’s Garden in Antipolo, Rizal, believes otherwise.

“God created everything for a purpose, even weeds. Some weeds are even edible and medicinal, and can also be both! The beauty is that some are just sprouting everywhere near us and they’re free,” she said.

Tarriela emphasizes the importance of knowing local weeds, what they look like, and their health benefits. She wrote a free ebook titled “Weedibles and Weedicinals” to help Filipinos become more familiar with the plants in their garden, especially the “unwanted” ones.

The book discusses different weeds, their health benefits, how to propagate and grow them, along with some recipes on how to use them.

“Local plants are easy to grow and when you know how to cook them, you have fresh food every day. If they like where they’re growing, you can even have a source of livelihood by selling them as plants or even practicing value-adding,” she added.

Cultivating “weeds” can also help in the issue of food security in the country since these are abundant almost everywhere and can thrive even under extreme conditions. Filipinos can be creative to come up with new dishes and products from them.

Inspired by a weed

“Weedibles and Weedicinals is a partnership between Flor’s Garden and the Agricultural Training Institute (ATI) 4A. The inspiration came from the weed talinum when my mom planted it in our garden and I wanted to throw it away because it was not nice. It turned out to be a beautiful plant with pink flowers if pruned regularly,” Tarriela shared.

Also known as Philippine spinach, talinum is more of an herb than a weed that grows all year in almost anywhere in humid to dry environments. The plant’s leaves are consumed as a vegetable, particularly in the north and several areas in the Visayas. Crushed talinum leaves are also known to relieve swelling, inflammation, and sores.

(Find out more about talinum here)

Tarriela added that talinum multiplies easily and is rich in vitamin C. She also recalled a time when a group of people visited the garden of landscape artist, Yuyung Lao. While there, Maur Lichauco, the eldest sister of the late senator Benigno “Ninoy” Aquino Jr., pointed out that talinum saved them and several families during the Japanese occupation in the country.

Inspired by this information, Tarriela, along with four others, wrote the book “Don’t Throw Those Weeds Away!” She also began collecting different weeds, which can now be seen in Jardin ng Buhay in Flor’s Garden.

Although the book already has several weeds explained in its pages, Tarriela believes that it’s far from complete and plans to write a sequel to continue her advocacy of promoting local “weeds” to Filipinos.

Plants have a “drought” memory to help reduce yield loss