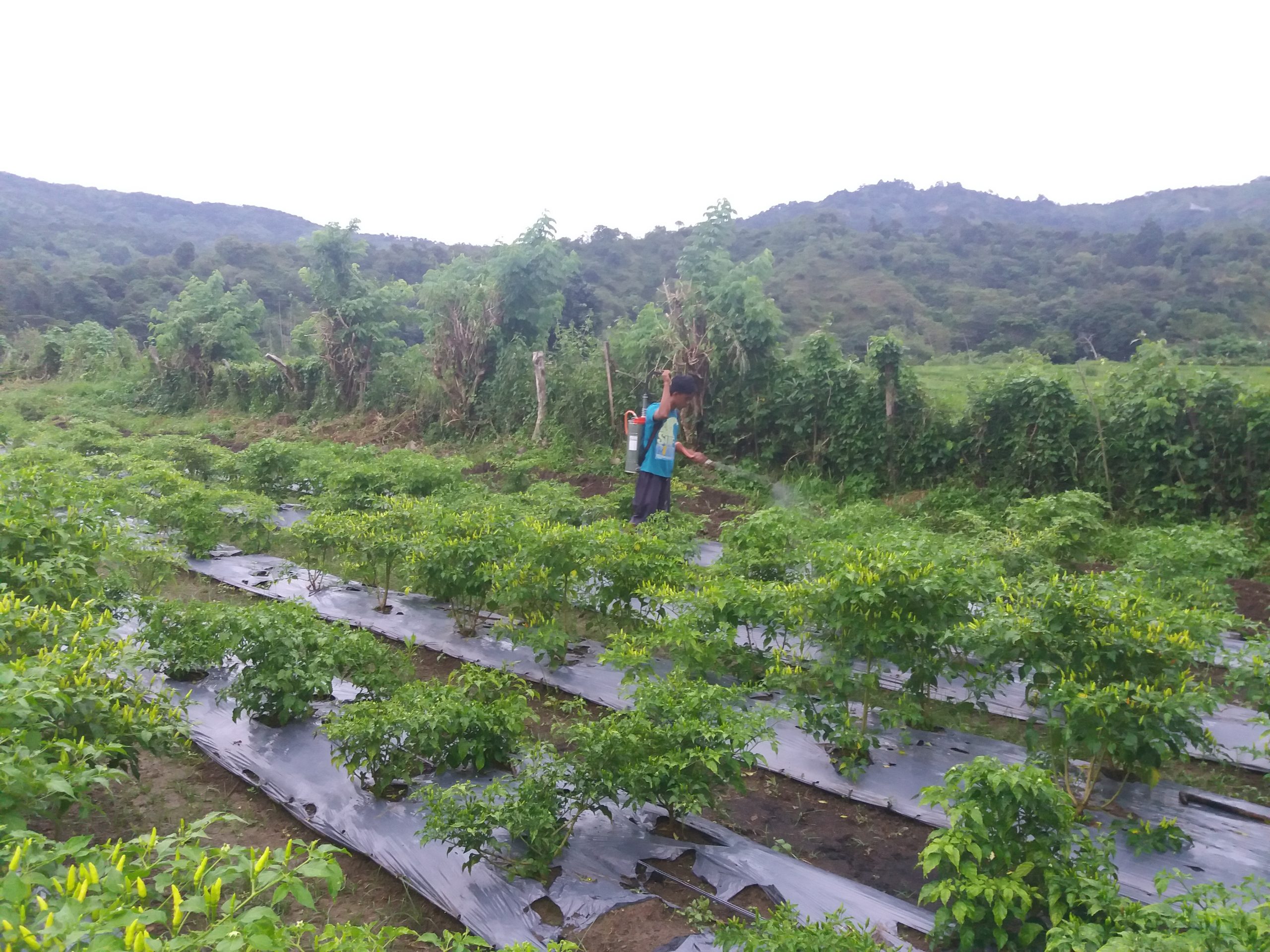 Herrero Farms was established with a goal to make lives better for the Binongang Tribe in Abra.

As a direct descendant of the first inhabitants of Abra in the Cordillera Administrative Region, Charles B. Herrero has always appreciated the beauty of his hometown. Whenever he visits, he thoroughly enjoys the abundance of trees, cool climate, fresh air, and captivating scenery.

He also marvels at the people in the area and how they keep their culture alive. Herrero is also a Tinggian from the Binongan Tribe. Although he is proud of his roots, he can’t deny that poverty has prevented his people from leading better lives.

“My town is promising, the lands are vast and a realization just called me that perhaps starting an industry rooted in agriculture could be the key in helping them have a better life. Agriculture became my mission for my tribe,” Herrero said.

Even though he has a law degree, Herrero decided to pursue a career as a full-time farmer and agripreneur.

In 2016, he established Herrero Farms and began his mission by growing salad vegetables. He later shifted into hot pepper production after closing some partnerships with manufacturers of hot sauces in Manila. 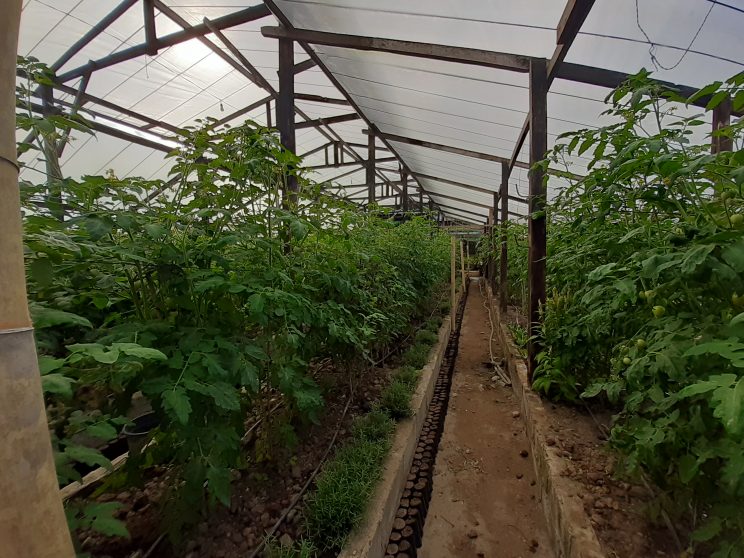 Charles B. Herrero started his farm by growing salad vegetables.

The Abra native shares that he learned the basics of farming through books, Youtube, Google, mentors, and practical application of all the theories until he was able to develop methodologies himself.

“I also grow pinakbet vegetables for family consumption such as tomatoes, eggplants, upo, sigarilyas, ampalaya, and siling haba. If I have an oversupply, I sell them around the area. I also have other herbs such as basil and lemongrass that I mix into my concentrated juices,” Herrero said.

According to Herrero, all of his farm sites are drip irrigated. He chose this method because it saves a lot of water and is less taxing for his farmers because all they have to do is switch the system on. 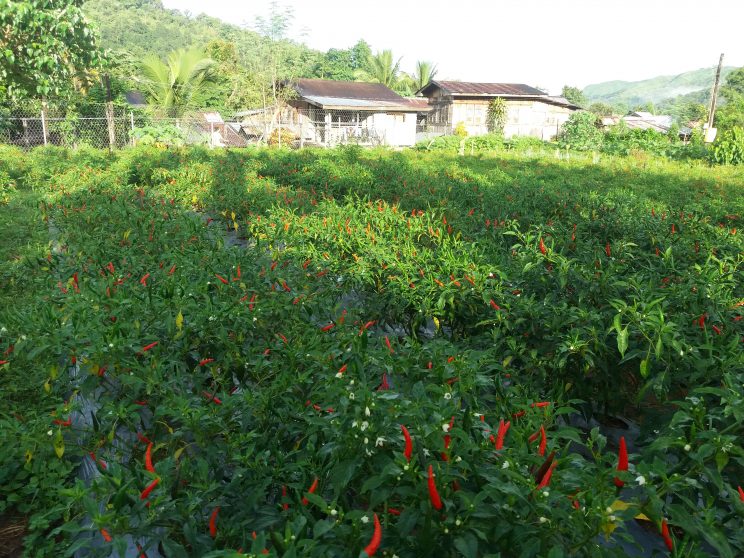 The farm is drip irrigated to make the farmers’ job easier.

He uses a base manure fertilizer that comes from chickens, goats, and rabbits. He also applies natural inputs such as EM-1, fish emulsion, and other organic foliar fertilizers.

Native labuyo is Herrero’s most prolific crop. His record harvest was 350 kilos a week and a one-hectare farm can earn P50,000 to P70,000. Sadly, the farm suffered two consecutive wipeouts from typhoons in 2017 and 2018. Then, the COVID-19 pandemic hindered the farm’s recovery and growth because of travel restrictions and expensive protocols. 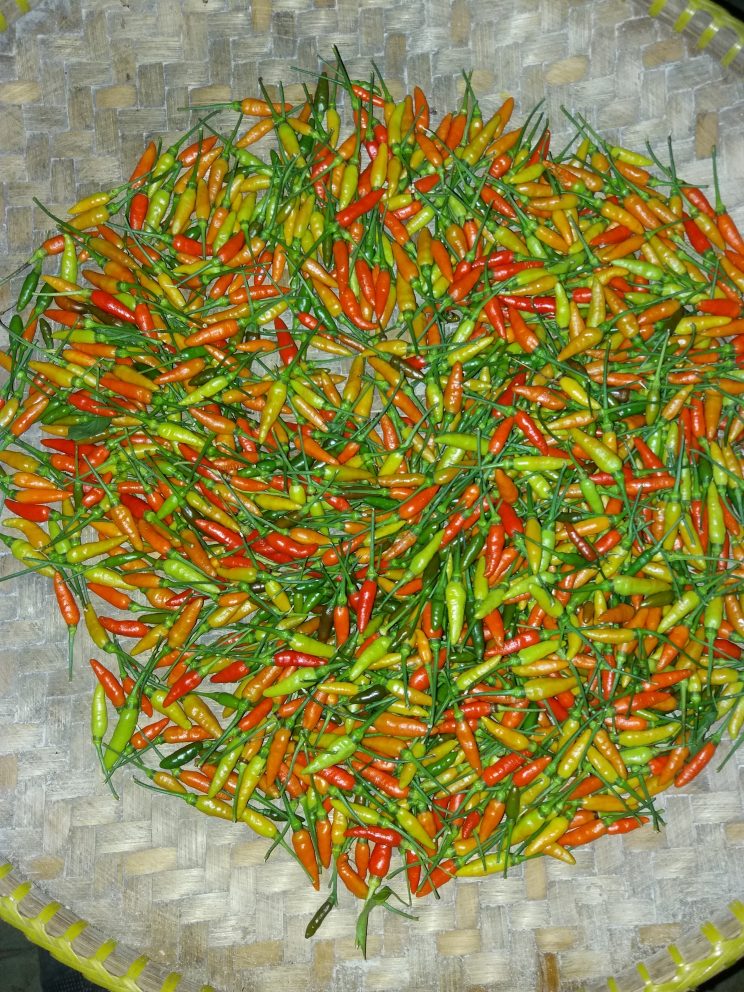 Native siling labuyo is the farm’s most profitable crop.

Extreme weather poses the most common threat among farmers. Herrero himself experienced typhoons destroying his crops. He was surprised to see that the rosemary he planted between some of his crops didn’t die despite the heavy rains and strong winds. As a result, he started researching what he can do with these herbs.

Herrero started his rosemary from cuttings. He later transferred them into the field after 50 to 60 days as seedlings. 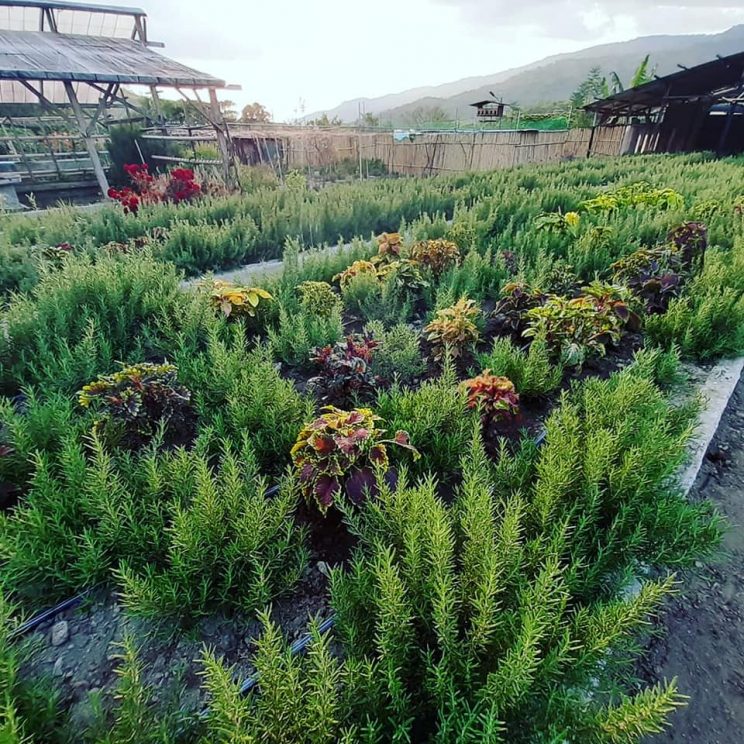 “I help jumpstart with manure from chicken, rabbit, or goat, depending on what is currently available. I make it a point that they are irrigated three times a week. I give them manure every two months. Rosemary does not need pesticides,” he said.

The Abra native added that since he’s always looking for ways to grow crops without using pesticides, intercropping rosemary herbs with his crops provided a natural and practical solution.

Aside from using rosemaries as a natural pesticide, Herrero also found them to be profitable.

“Farming can evolve. Other than just planting, harvesting, and selling the products as is, I am now enjoying converting my raw materials into more useful value-added products for beauty, wellness, and food. I feel ecstatic every time I hear my products are working according to their purpose,” he said.

He uses herbs to create products for skincare, haircare, essential oils, and concentrated juices. The extracts are acquired through a process called hydro steam distillation where water (steam) serves as an extraction solvent to recover volatile components of plant materials. 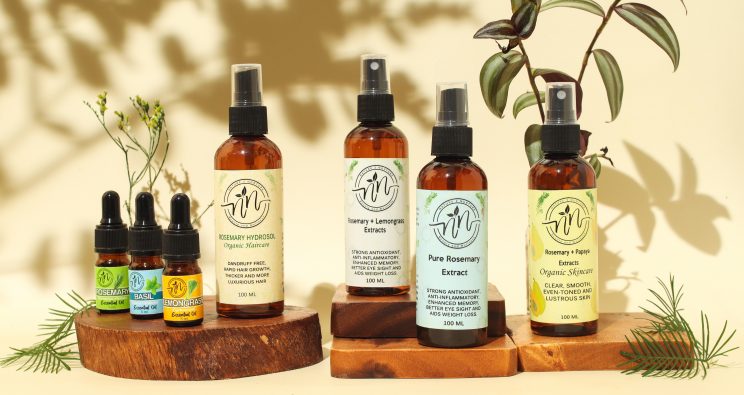 Rosemary from the farm are used to create products for skincare, haircare, essential oils, and concentrated juices

The skincare mist is made from rosemary and papaya. Herrero claims it heals the skin from almost all kinds of skin problems, restores youthful appearance, and removes or lessens fine lines and wrinkles. The haircare mist only uses rosemary as the main ingredient. This product, according to Herrero, prevents hair fall and removes dandruff. It can also stimulate hair growth.

Herrero is also producing rosemary essential oil that can be used for aromatherapy or mixed with food and drinks for added aroma and flavor, as well as concentrated Juices from rosemary, basil, and lemongrass hydrosols which are currently being tested for people with conditions and according to several scientific recommendations

Some of the health benefits of rosemary include aiding weight loss, enhancing memory, relieving pain, and more. 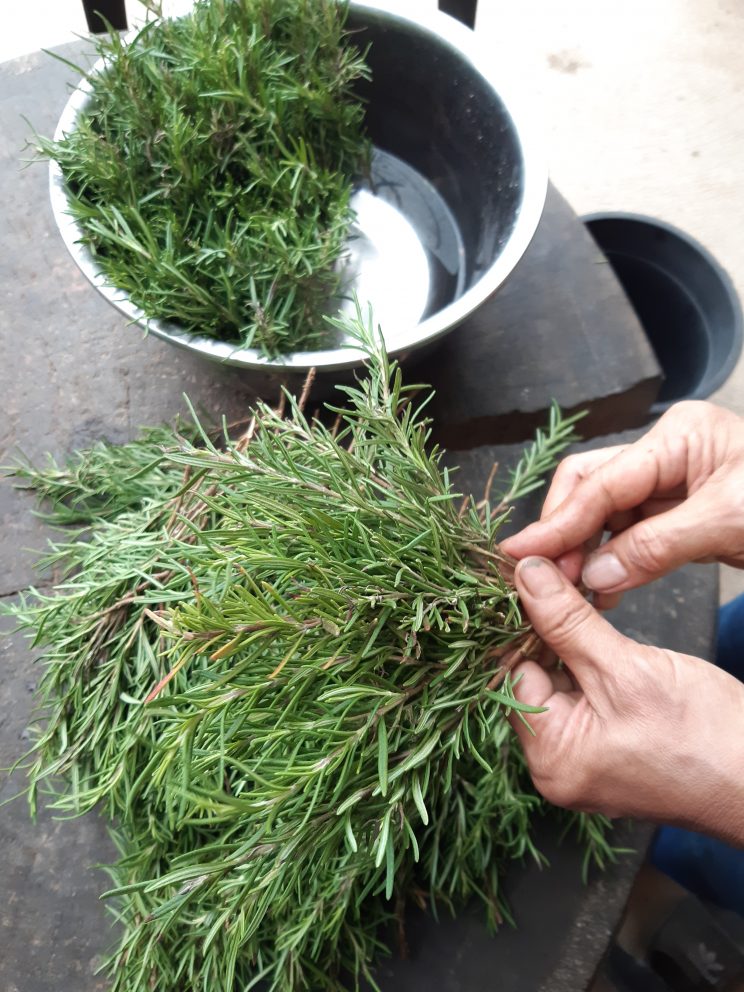 Some of the health benefits of rosemary include aiding weight loss, enhancing memory, relieving pain, and more.

Rosemary is also said to prevent cancer and inhibit the development of COVID-19 among consumers.

Why establishing a market is important

According to Herrero, farming is very risky, especially when done in an area that has extreme and unpredictable weather. But there’s a way for them to thrive as he did: by determining a target market.

“My advice to those who are dreaming or want to have a farm is that they should study their target market and talk to them first before engaging otherwise they will be spending a lot with learning curves,” he said.

“It does not have to be too high or too low. You just need to have a margin all the time. Otherwise, your money will easily get burned in farming. Therefore, one should try to secure and develop a working relationship with a buyer, at least one, and expand for more later on,” he said.

Lastly, he advises farmers to have faith and perseverance because farming doesn’t always bear positive results.

Because of his love for nature and his ethnic community, Herrero established a farm to fulfill his mission of alleviating the people in his province from poverty. But his compassion isn’t limited to his Binongan tribe. Herrero also grows crops naturally to promote a healthier lifestyle and develops rosemary-based products to provide consumers with a natural alternative to medicine.

Photos courtesy of Charles B. Herrero

Young farmer proves that farming has it all—food, money, and happiness