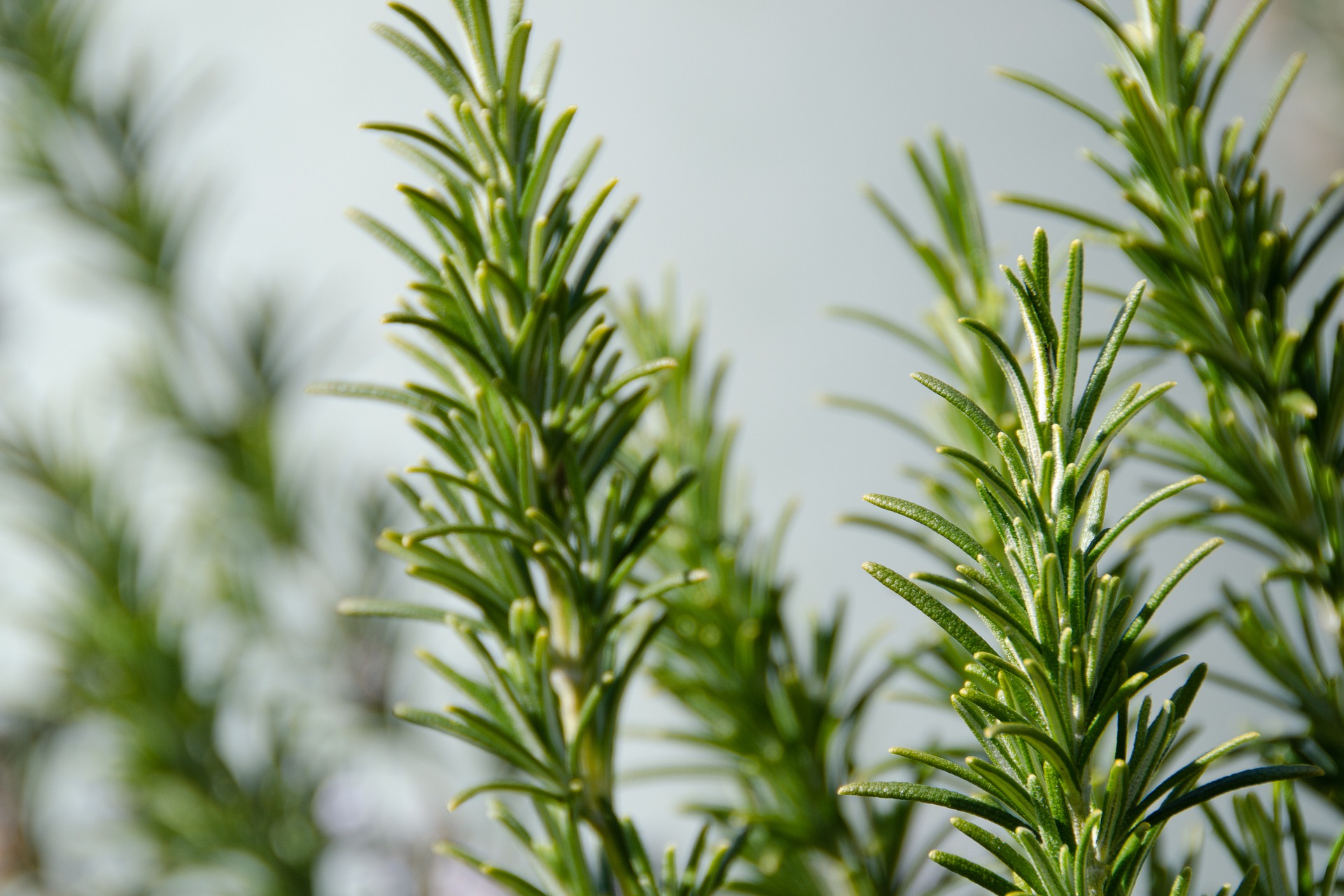 Image by Katharina N. from Pixabay.

From television game shows to spontaneous quizzes among your circle, questions about Tagalog translations of anything under the sun always pop up.

So, here are some Tagalog and English terms for herbs and spices that you need to add to your vocabulary. (Plus some of their uses!)

Star anise (Illicium verum) is anis in Tagalog. This term is easy to remember because it is close to its English equivalent. This star-shaped spice is widely used as an ingredient in soups, stews, and baked goods.

Next, balanoy is the local name of basil (Ocimum basilicum). Balanoy is a culinary herb that is utilized in many cuisines around the globe. It thrives well in the Philippines since it prefers a warm climate. Basil is commonly added to pasta, sauces, and salads. 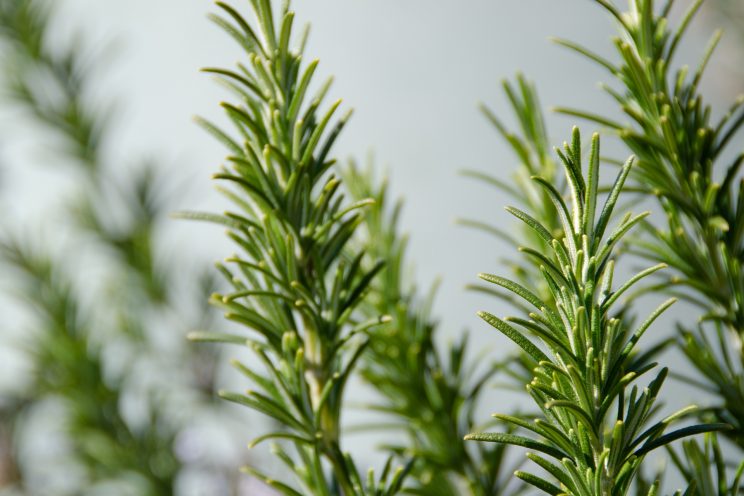 Image by Katharina N. from Pixabay.

Perehil, popularly known as parsley (Petroselinum crispum), is also an herb that is extensively farmed and consumed in many parts of the world. It is often used as a garnish in dishes ranging from soups and sauces to veggies due to its fresh aroma and flavor.

Another fascinating word is romero—the Tagalog for something that many people are more familiar with—rosemary (Salvia rosmarinus). It goes well with chicken, pork, steak, fish, and more.

Lemongrass (Cymbopogon), or tanglad as Filipinos call it, is a tropical plant with long, thin leaves that has a citrusy scent. This plant is used to make perfume, as a food enhancer, and as a traditional remedy for headache and fever.

Have you ever heard of wansoy? It is the local name for coriander (Coriandrum sativum), which is also a flavoring agent in numerous recipes such as curry.

Finally, the Tagalog word for cinnamon (Cinnamomum verum) is kanela. This ingredient can be found in a variety of foods, including bread, lattes, and pastries.

Go ahead and tell others what these herbs and spices are called in our native tongue the next time you see them. It’s always fun to learn something new! 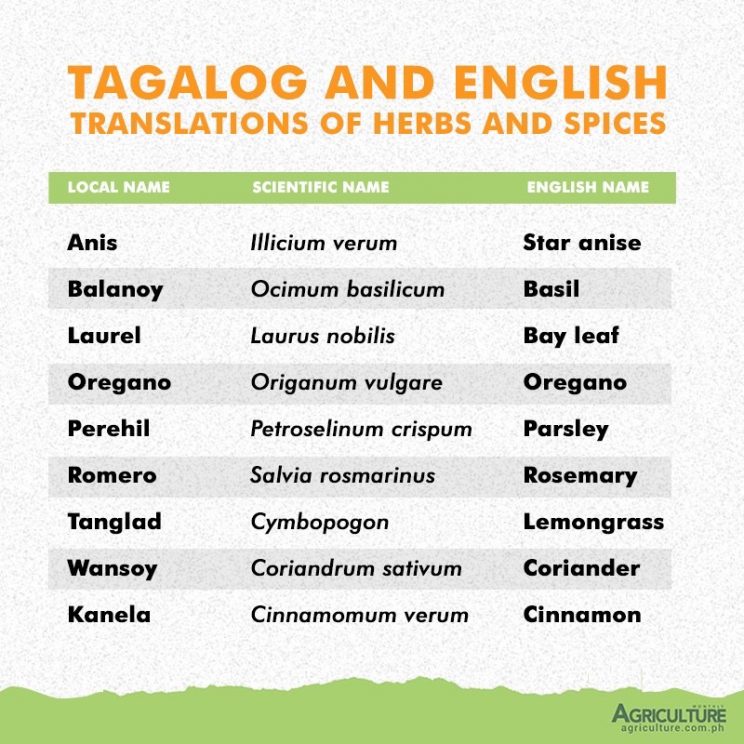 Tagalog and English translations of some herbs and spices.