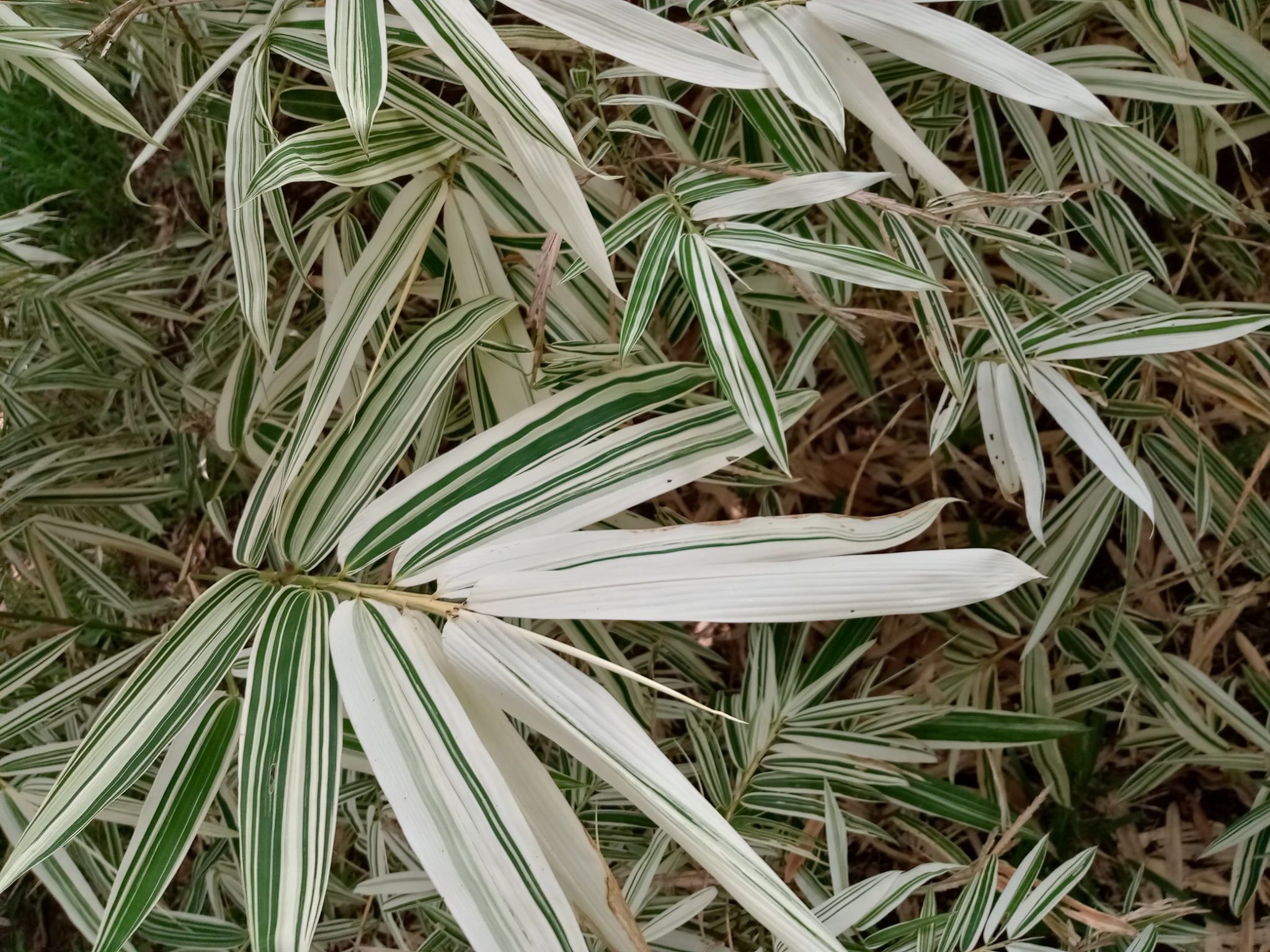 Shiroshima bamboo (Hibanobambusa tranquillans Shiroshima) is a variety native to Japan that is known for its striking large variegated foliage.

Bamboo (Bambusoideae) is a grass that is often misidentified as a tree because of its tree-like appearance. It is a fast-growing grass with lots of functions ranging from food sources to construction material.

One company that recognizes the value of bamboo is Bambu Salubre. Bambu is a Malay word for bamboo, while salubre is a French word for healthy.

Bambu Salubre is committed to the research, development, education, and promotion of bamboo farming and bamboo leaf products. Their raw materials are mainly grown from their own farm, Bambu Salubre Farm, or sometimes called Santara Urban Farm. 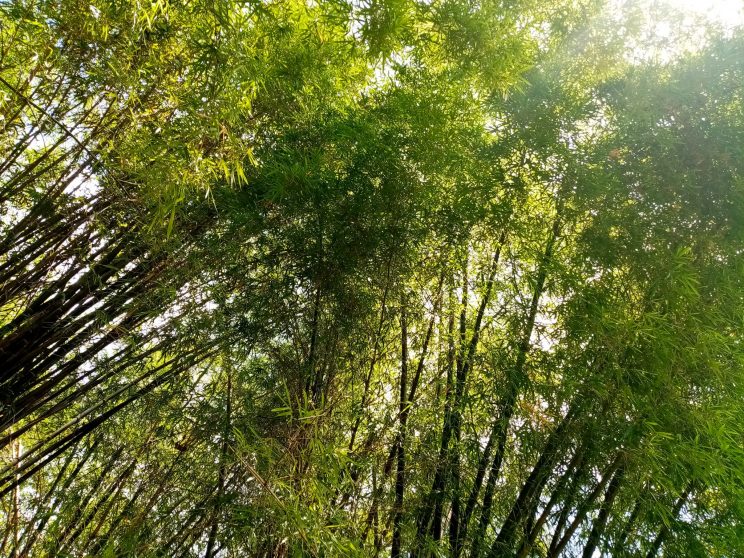 “About 30 million years ago, the tallest and the most commonly found grass today evolved, which we know as the bamboo grass. With 91 genera and over 1000 species, it is also the fastest-growing woody plant on this planet,” said Rigon, a local bamboo farmer.

The bamboo lady of Bulacan

The woman behind the flourishing agribusiness is Anneth S. Rigon, 63, a researcher and managing director of Bambu Salubre.

Rigon, a native of Daet, Camarines Norte, was taught to appreciate nature’s bounty by her grandparents who are rice and coconut farmers.

It was in the mid-1980s when she became more conscious of the country’s environmental injustices, which sparked her interest in natural farming, biodynamic gardening, sustainable agriculture, and the environment in general.

Captivated by the regenerative value of bamboo, Rigon decided to make the ancient plant as her primary subject of interest in 1990. 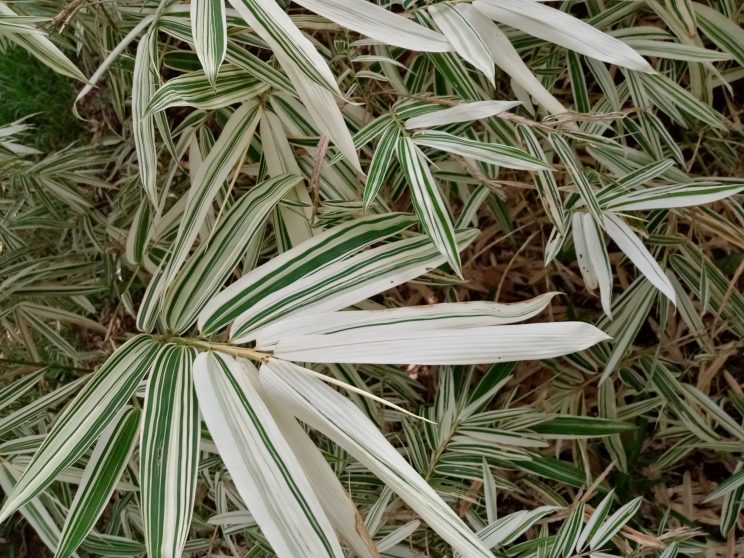 Shiroshima bamboo (Hibanobambusa tranquillans Shiroshima) is a variety native to Japan that is known for its striking large variegated foliage.

Her fascination for bamboo brought her to places in and outside the country.

Owing to the tedious process and lengthy requirements for harvesting and transportation of bamboo products domestically, the couple decided to move to Vietnam in 2003 where the government is more supportive of the bamboo industry.

Fast forward to 2012, they came home and registered the business as Bambu Salubre. 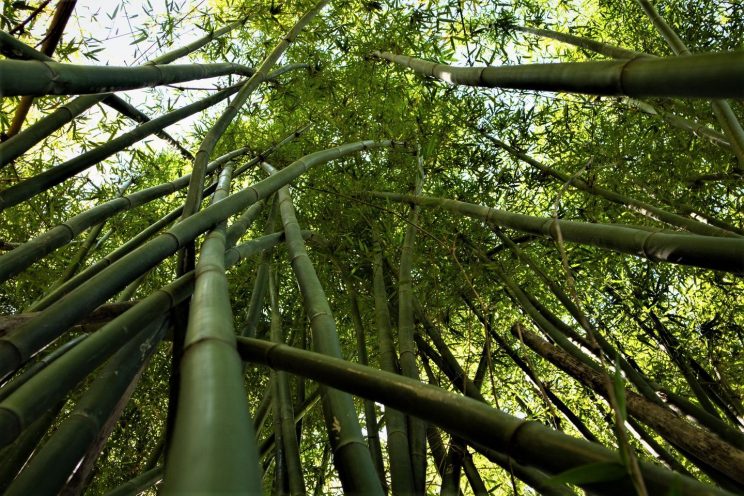 When you visit the Bambu Salubre Farm, expect to hear a calming swishing sound of bamboo as the wind blows.

How do you grow this grass?

Rigon’s farm is planted to more than 80 bamboo species.

Bamboo, like other grasses, develops and thrives until they are ready to flower, at which point they produce seeds and die.

It is commonly propagated through cuttings, rhizomes, offsets, or branches and is rarely grown from seeds due to their infrequent flowering (which occurs 40-80 years, depending on the species).

“Running bamboos are usually propagated by cuttings of the rhizome, with some buds and culms attached. Clumping bamboo can be propagated by taking a piece of a culm (aerial stem) with at least one node and planting it in damp soil. The cut stem will develop roots at the node and produce new rhizomes and culms,” Rigon expounded. 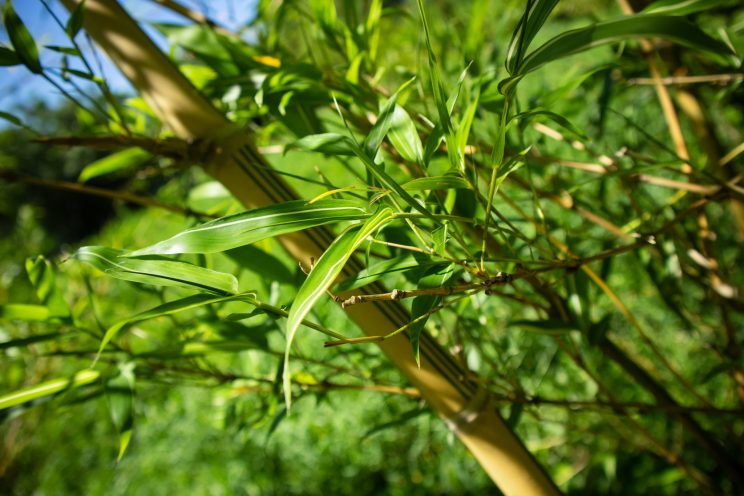 Guadua angustifolia var. Bicolor, a bamboo that according to Rigon, is rot-resistant and has great uses for construction.

The bamboo farmer added that some bamboo “have the same flowering cycle and mortality in different continents” since most bamboo varieties are from one mother plant or seed.

“It should be noted here that the majority of bamboo species are not monocarpic, [meaning not all of them] flower profusely and then die.”

Bamboo thrives in any soil, but they prefer rich, moist, and well-drained soil. As per Rigon, the best time to plant them is at the onset of the rainy season.

It takes three to seven years for this plant to mature and be ready for harvest if propagated vegetatively. However, she noted that bamboo leaves can already be harvested after a year.

Cultivating bamboo is easy once you understand how it grows, said Rigon. The same can be said in making essential oils and hydrosols from bamboo, which can be achieved through practice and finding a technique that works for you.

An essential oil is a substance extracted from plants through distillation. The water obtained after distilling the essential oil is called hydrosol. Both are used in specific applications.

Both essential oils and hydrosols need to be produced in an aseptic environment, hence a sterile room is necessary.

“Laboratory analysis called Gas Chromatography-Mass Spectrometry (GC-MS), which is costly and laboratories doing them are not easily found, is also required to determine the active compounds and thereby, their uses. There are many factors affecting the quality or quantity of essential oils and hydrosols and most of which are related to agro-climatic conditions,” said Rigon, who also has a Ph.D. in forestry from the University of the Philippines Los Banos (UPLB).

Bambu Salubre Farm is not solely planted to bamboo, it also grows herbs such as pandan, Thai basil, curry, tarragon, oregano, and blue ternate; fruit trees such as mulberry, banana, guyabano, langka, and mango; ornamental plants and flowers; as well as vegetables like alugbati, malunggay, camote, ampalaya, gabi, and sitao. 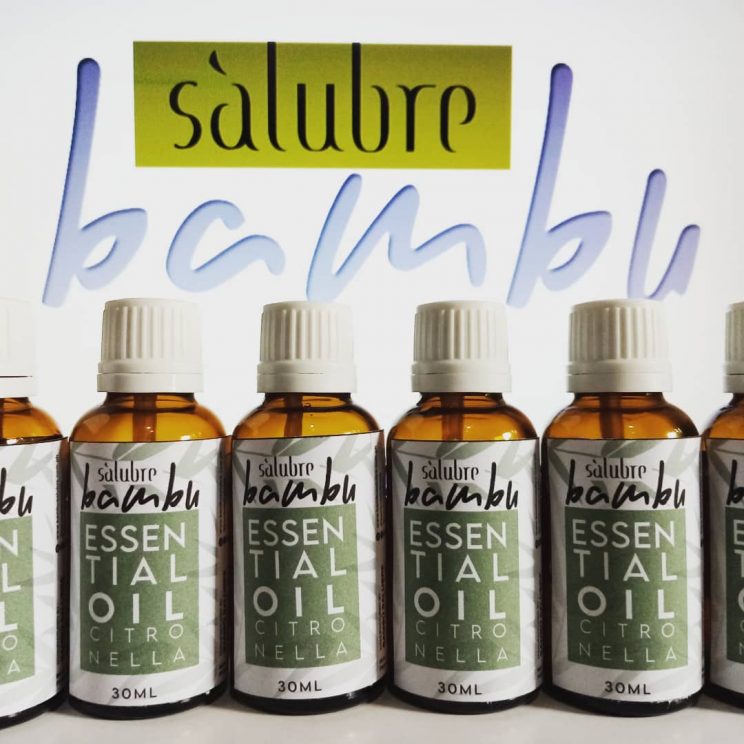 From farm to bottle: This is Bambu Salubre’s citronella essential oil.

Their essential oils and hydrosols are also extracted from six different aromatic herbs, plants, and trees, which are either farm-grown or wildcrafted. This includes citronella, guava, lemongrass, pandan, kakawate, and mulberry.

The distillation is performed in small batches to ensure freshness and highest quality of the products.

In the Philippines, bamboo leaves are not given the recognition they deserve. Through the farm and its products, Rigon aspires to boost the bamboo industry and raise awareness on the uses and benefits of bamboo leaves.