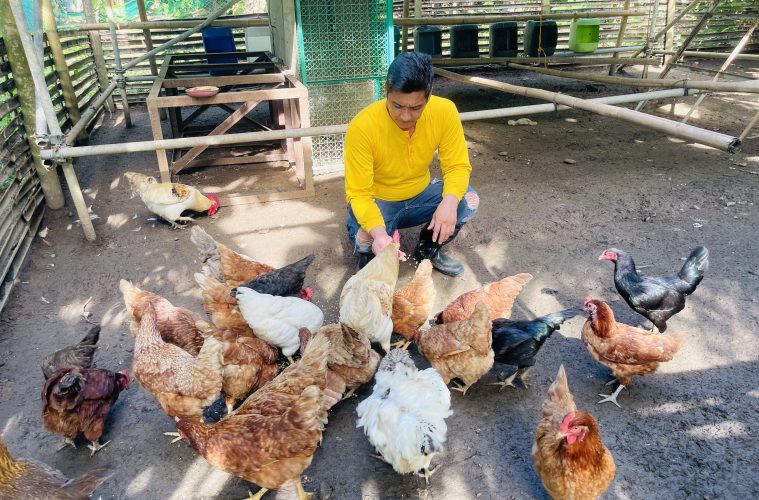 How an entrepreneur went from home gardener to full-time farmer

Many folks find cultivating crops fulfilling because it gives them a continuous supply of fresh produce and makes them feel a sense of security. This explains why there has been an increase in the number of people gardening during the pandemic.

Michael Triviño, an entrepreneur from Lucena City, Quezon, had the same motivation when he established a backyard garden and a farm amid the COVID-19 quarantine period.

In April 2020, Triviño upcycled more than 1000 plastic bottles to create an urban garden in his 240 sqm backyard. A year later, he expanded his growing space to raise not just food crops, but also livestock.

Read: A businessman built an urban farm by upcycling over 1000 plastic bottles 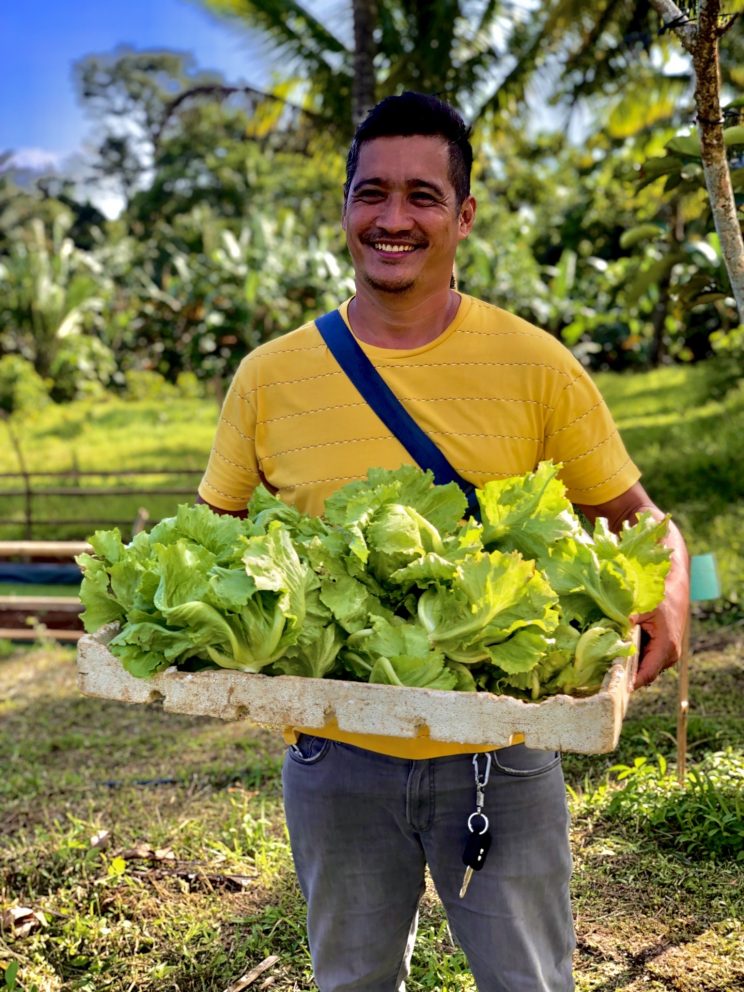 Triviño has progressed from growing plants in PET bottles in a 250 sqm backyard garden to cultivating crops and animals on a separate 6000 sqm land.

Triviño’s rationale for establishing a farm is the same as when he started his backyard garden: (1) to secure safe and healthy food for his family, and (2) to give an alternative source of income for his employees in his trucking business, especially since the COVID-19 lockdown hampered their operations. 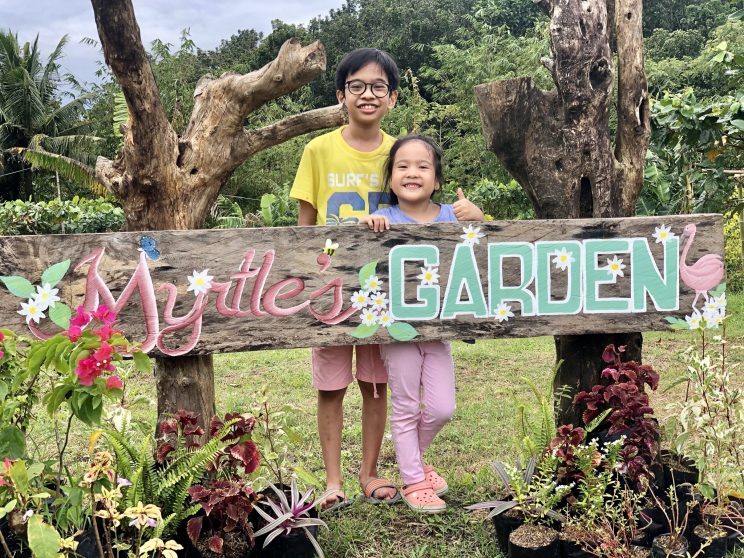 After attending several agricultural training sessions in the past year, Triviño decided to focus on farming and let his child gradually take over the family business.

He applies what he learns in training and classes to his farm. He joins communities to understand the industry further and meet farmers with extensive knowledge and experience in agriculture. 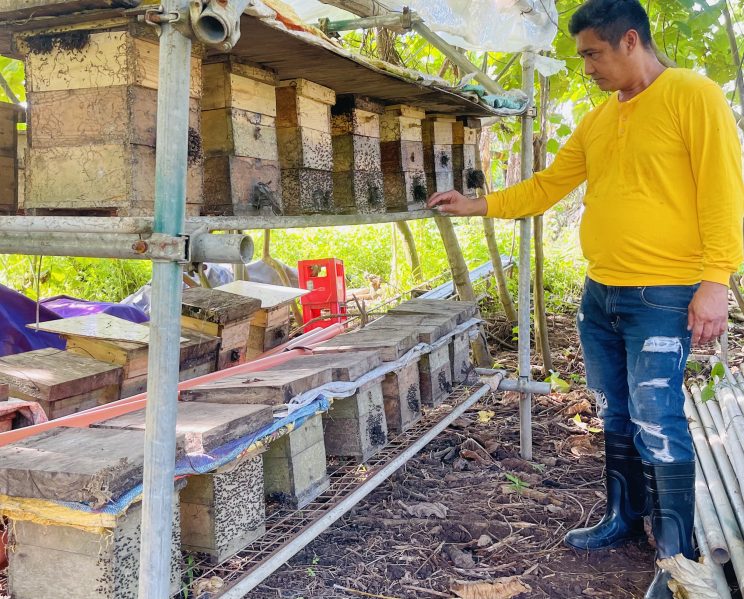 Triviño, who now considers himself a full-time farmer, sells farm-ready seedlings and has successfully added bees and chickens to his farm.

His main crops are siling tingala or Thai chili, cucumber, and lettuce, but he farms numerous fruits and vegetables. He also produces honey from 50 colonies of lukot or stingless bees, and eggs from more or less 100 heads of native and heritage chickens. 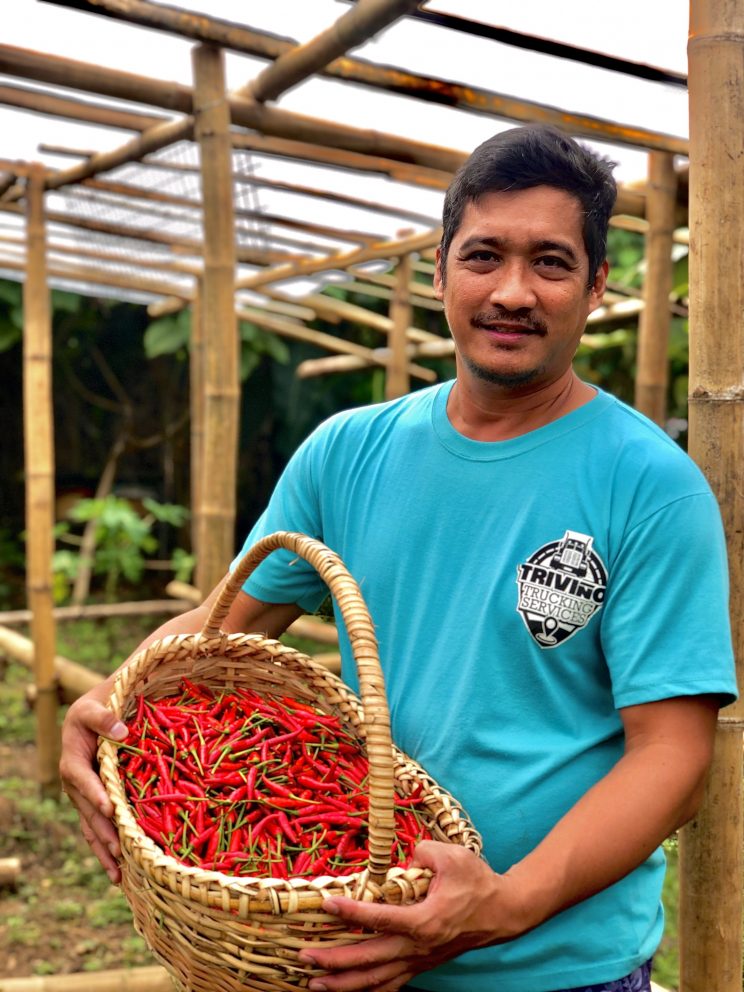 Triviño posing with his chili harvest at Myrtle’s Garden.

He feeds the chickens twice a day with madre de agua (Trichanthera), mulberry, and excess vegetables from the farm. To keep them healthy, he checks on them, cleans their coop, and replaces their water regularly. Chicks are also given vitamins.

Triviño already harvests chicken eggs every day, but it’s just enough for his family’s use. 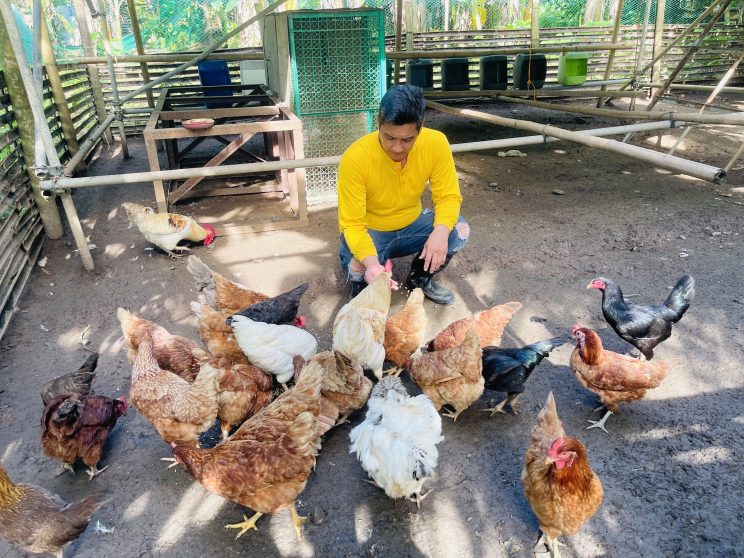 In less than a year in the agribusiness, he already supplies vegetables to his regular customers and wholesalers frequently.

The farm greatly contributes to the Triviño family’s daily food consumption. It can also provide fruits and vegetables for the workers and their families. 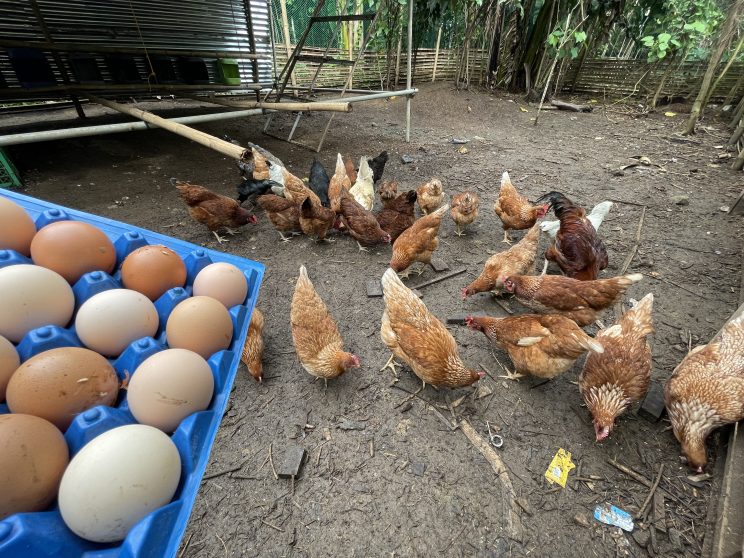 Myrtle’s Garden provides eggs for the Triviño family every day.

At this point, all of his farmworkers are his drivers and helpers from the family’s trucking business.

Triviño’s ultimate goal does not stop at providing food and jobs; he also hopes to make the farm an avenue for learning agriculture.

Despite coming from a different line of work, it is only through farming that made it possible for this entrepreneur-farmer to integrate what he enjoys doing with what is beneficial for everyone, especially during these trying times.