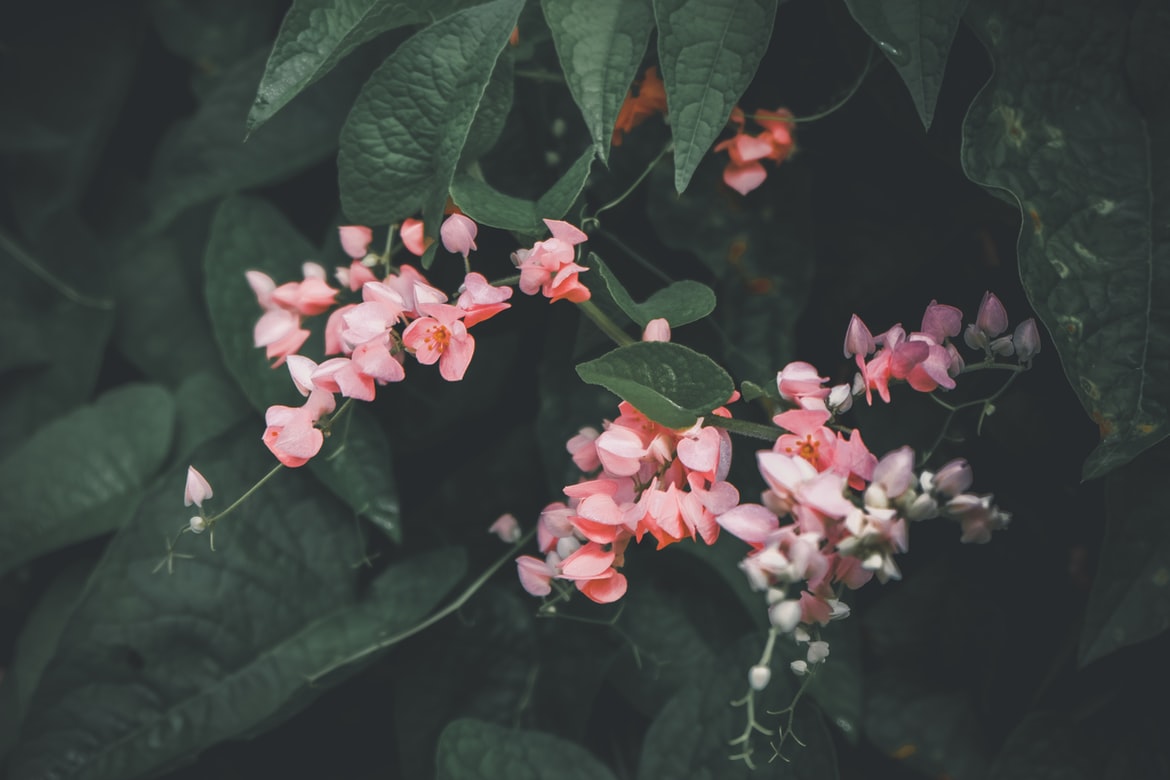 Photo by Yuiizaa September from Unsplash

Flowers don’t always grow exclusively in the pot or soil they’re planted in, as some go beyond their confines to creep onto nearby landscapes like trellises or balconies. The most popular flowering vine in the Philippines is the bougainvillea, but other species capture the interest of gardeners. An example of this is the Cadena de Amor (Antigonon leptopus) or coral vines.

Cadena de Amors are pretty additions to any landscape because of their showy, dark rose, white or pink flowers, and heart-shaped leaves. The flowers are native to Mexico and are also known as Mexican creepers. Other names for coral vines include the queen’s wreath vine and chain of love because of the plant’s delicate blooms.

The flowering vine is cultivated widely as an ornamental plant in the Philippines. It can grow to a length of 12 meters, growing as much as eight to 10 meters in one season. But in some places around the world, such as the extreme southern United States and the Pacific Islands, the fast-growing vine is considered invasive

Growing Cadena de Amor is an easy endeavor. Gardeners can propagate the flowering vine using seeds or cuttings. The plant can thrive in any well-draining soil and full sunlight or partial shade. It also needs plenty of space to spread. Adding some trellises or sturdy support can also aid in their growth.

Since the plant is native to Mexico, it’s relatively drought tolerant. Gardeners need only water them during the first growing season to help the flowering vine establish itself. Afterward, it only needs to be watered occasionally or once a week during extremely warm weather.

Cadena de Amor doesn’t necessarily require fertilizer, but growers can add a general-purpose fertilizer once or twice during the growing season if it appears to be struggling.

Although Cadena de Amor is commonly used in landscapes and floral arrangements as an ornamental plant, it also has several other functions, such as food and medicine.

In some parts of the world, the flowers and their tuberous parts are consumed. Thailand even serves the leaves and flowers of Cadena de Amor coated in flour, fried, and mixed in noodles, or as an extra ingredient in omelets.

The flowering vine is also known for its medicinal properties. It is used in folkloric medicine in some parts of the Philippines. Some reports claim that the Ifugao use the Cadena de Amor to close wounds.

Leaves of the plant are used to reduce swelling and, if turned into tea, can be used to treat diabetes. On the other hand, the blooms of Cadena de Amor can be used to lower high blood pressure.

Other medicinal properties of the flowering vine include being an analgesic and antioxidant, which helps relieve pain and reduce the development of free radicals in the body, respectively.

Cadena de Amor serves as an example that many flowers in our gardens aren’t just for display. They also have different purposes that could tickle our tastebuds or provide us with a natural solution to some of our medical woes.